Fall 2012 Trend Predictions: 'The Girl With The Dragon Tattoo,' the Jazz Age and more - Rolling Stone
×
× 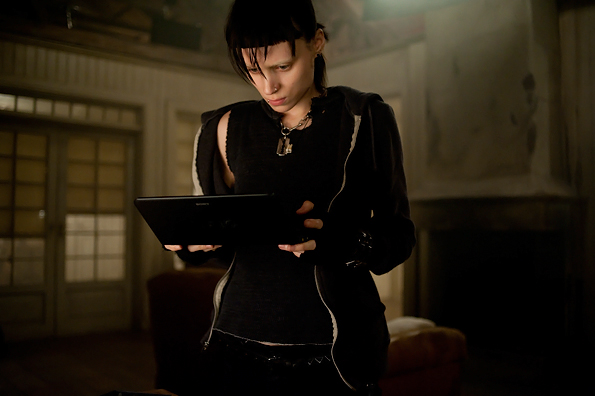 1. (Even More) Nineties
Across pop culture, the Nineties revival is in full effect, but the runways bore signs of the nostalgia wave even before Garbage and the Stone Roses reunited. Flannel, thigh-highs and velvet popped up as early as late 2009. Last season, the trend deepened with minimalism, raver neons, and anti-fashion twists all over Rag and Bone’s and Phillip Lim’s runways. Pre-fall shows and couture presentations alike indicate that this trend will only become more relevant at retail this season – especially now that pop culture has caught up.

2. The Year of The Girl with the Dragon Tattoo
Consider this an extension and specific evolution of the Nineties revival. David Fincher’s stylish, brutally misanthropic adaptation of Stieg Larsson’s hit Scandinavian noir novel earned as much hype in fashion pages as it did cinematic accolades, and it’s easy to see why. Rooney Mara’s inimitable interpretation of fearsome goth hacker Lisbeth Salander inspired an entire collection for H&M,  earned her an Oscar nomination, and even landed her an enviable Vogue cover. Salander, Tattoo’s brilliant but asocial anti-heroine, challenges every myth on what audiences want and expect from their ingenues; add Trent Reznor’s impeccably bleak score and Fincher’s high grunge art direction, and a radical new femme archetype is cemented into the public consciousness. Expect hoodies, nose rings and ninja-like leather garb to litter the runways. Givenchy Spring 2012 Couture has already hinted that fashions’s finest are feeling the Dragon Tattoo Kool Aid. Drink up.

3. The Jazz Age
The Roaring Twenties threaten to give the Nineties a run for their money, with harbingers of the trend popping up last season. Florence Welch told us back in September that Art Deco and the lavish paintings of painter Tamara de Lempicka inspired her Ceremonials style whims, brilliantly manifested in her artworks collaborations with Chanel’s Karl Lagerfeld. Now that the silent film The Artist has performed above expectations with critics and audiences alike, expect Bérénice Bejo’s ventures as the film’s plucky fille to translate to flapper-esque fashions on the Fall 2012 runways.

4. 1960s Youthquake
Designers seem interested in cultural bonding experiences lately, with legendary music events like Glastonbury or the 1990s British rave phenomenon inspiring collections. While the nü-raver modus operandi is likely to appear again this season, expect a few shows to embrace mod and Sixties pop values as music does the same. Adele, Cults, and Lana Del Rey dial back pop production values to a somber, Spector-esque sound and newcomer Phlo Finister, whose debut album Youthquake is out later this year, is honing a sound and image inspired by Twiggy, Edie Sedgwick and Voguettes of the Mod Age. Word has it that Betsey Johnson, who will speak to Rolling Stone exclusively next week, is unleashing a Fall 2012 show entirely based on Sixties music.

5. Where the Wild Things Are
With the concept of “eco fashion” no longer relegated to the Portlandia demographic,  expect Mother Nature to reign supreme this Fall season. New ethical new developments in textile technology, like Air Dye, are already espoused by New York designers Costello Tagliapietra and are affording new frontiers for progressive luxury. The winter months provide an ideal testing ground for layering new smart fabrics and sussing out not only earthy palettes but tropicalia digital prints for a bit of escapism. A recent trend report proclaimed “the Forager” a modern day children’s archetype, noting that kids are being encouraged to disembark from gadgetry and reunite with yards, parks and the woods. Fans of Bon Iver can surely relate; now it’s time for high fashion to answer their own call of the wild.