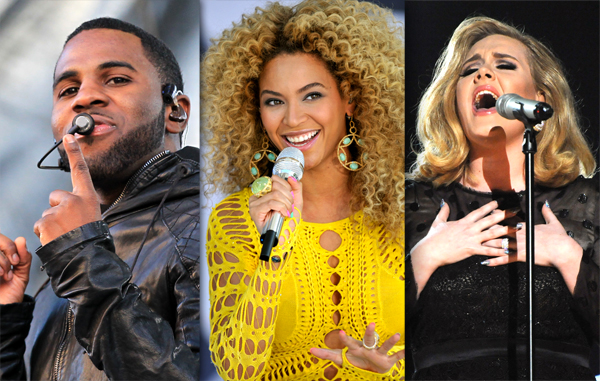 Nothing makes a relationship as official as a Facebook relationship status change. This week, just in time for Singles Awareness Day, Facebook released a list of the most popular songs that users play while in a new relationship, as well the tear-jerking ballads that most played following a break-up.

Facebook’s data team tracked song plays from embedded music streaming sites like Spotify and Rdio, as well as songs shared through Facebook’s own “Listen With” feature, and cross-referenced them based on users’ relationship status.

The results concluded that Jason Derulo and Bruno Mars are popular with social lovebirds, while Mumford & Sons, Adele and Drake faired better with the broken-hearted.

Other popular songs for relationships include: “Love On Top” by Beyoncé, “How to Love” by Lil’ Wayne and “Stereo Hearts” by Gym Class Heroes and Adam Levine.

Of course, there is nothing scientific about this data – as proven by the off-base inclusions of Rihanna‘s love-stoned anthem “We Found Love,” Selena Gomez’s spin on a teen crush “Love You Like a Love Song,” and David Guetta’s heart-lifting “Without You” in the break-up list. Perhaps what single ladies really need after a break-up is a girls’ night out at a rave.

Facebook has created Spotify playlists for both sets of songs, but what we’re really curious to see is the “It’s Complicated” playlist.