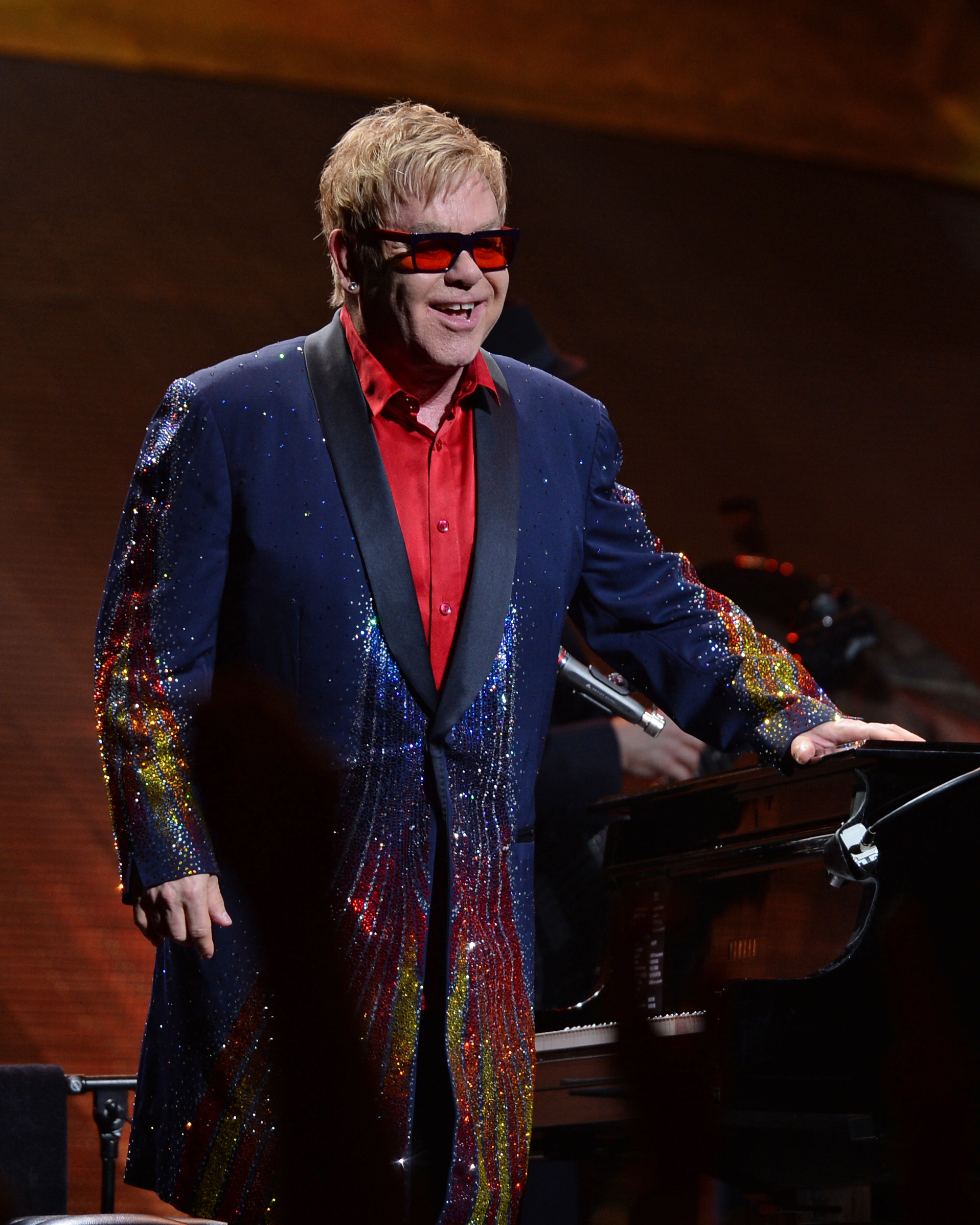 Sir Elton John is leading a boycott of Dolce & Gabbana after the renowned fashion designers made disparaging remarks about same-sex families and children conceived via artificial insemination. “You are born to a mother and a father. Or at least that’s how it should be,” Domenico Dolce told Italian magazine Panorama last week, (via NBC New York). “I call children of chemistry, synthetic children. Rented wombs, semen chosen from a catalog.”

“How dare you refer to my beautiful children as ‘synthetic’?” John wrote on Sunday via Instagram. “And shame on you for wagging your judgmental little fingers at IVF – a miracle that has allowed legions of loving people, both straight and gay, to fulfill their dream of having children.”

The musician has two sons – Zachary and Elijah – with husband David Furnish, and both were conceived through in vitro fertilization with a surrogate mother. Dolce and Stefano Gabbana, both gay, were previously a couple for 23 years before breaking up in 2005.

“Your archaic thinking is out of step with the times, just like your fashions,” John continued. “I shall never wear Dolce and Gabbana ever again.  #BoycottDolceGabbana”

According to The Telegraph, Dolce said that procreation “must be an act of love,” adding, “You are born to a mother and a father – or at least that’s how it should be.” Elsewhere in the interview, Gabbana reportedly noted, “The family is not a fad. In it there is a supernatural sense of belonging.”

As the pair’s remarks spread online — #boycottdolcegabbana was trending nationally on Twitter Monday morning — other celebrities have expressed their frustration. “These designers’ horrifying views are never in fashion,” wrote Ryan Murphy, creator of Glee and American Horror Story, on Twitter. “Their clothes are as ugly as their hate. #BoycottDolceGabbana”

“Just round up all my Dolce & Gabbana pieces, I want to burn them,” tweeted Courtney Love. “I’m just beyond words and emotions. Boycott senseless bigotry! #boycottD&G”

Firing back at John on his own Instagram, Gabbana called the performer “fascist” and started the hashtag “boycotteltonjhon” (sic). But on Monday, in response to the widespread criticism, both designers released separate statements to clarify the intent behind their comments.

“We firmly believe in democracy and the fundamental principle of freedom of expression that upholds it,” Gabbana said. “We talked about our way of seeing reality, but it was never our intention to judge other people’s choices. We do believe in freedom and love.”

“I’m Sicilian and I grew up in a traditional family, made up of a mother, a father and children,” Dolce said. “I am very well aware of the fact that there are other types of families and they are as legitimate as the one I’ve known. But in my personal experience, family had a different configuration. That is the place where I learnt the values of love and family. This is the reality in which I grew up, but it does not imply that I don’t understand different ones. I was talking about my personal view, without judging other people’s choices and decisions.”