Wind and solar remain the renewables of choice, but they are only part of the solution says Malcolm Ross. The world also needs what some, like Duke Energy, call a “ZELFR”; a Zero-Emitting Load-Following Resource. That’s quite a mouthful, but it just means a clean zero-carbon energy source that can be produced on demand.

Unfortunately, ZELFRs have been few and far between. Low-carbon renewables, like wind and solar, are not available on-demand since they only produce when the wind blows and the sun shines. As a result, coal, gas, nuclear and/or massive storage capacity units (e.g. batteries) are still needed to ensure reliable power. But the ability to be completely green, using ZELFRs, could be on the horizon.

Recently, a start-up called Eavor (pronounced “ever”) developed what may be the world’s first ZELFR capable of operating on a scale similar to oil and gas.

So what is this “new” energy source? The truth is, it has been lurking right beneath our feet the whole time — it is the inexhaustible heat of the earth itself. The abundance of this energy was never in question; the issue has just been how to extract it. This is where Eavor begins to change things.

The geothermal industry has remained a niche solution because of its need for hard-to-find hot but permeable aquifers. This requirement can add tremendous cost, risk, and delays to traditional geothermal projects. This is why, despite being around for over 100 years, geothermal has remained a niche energy source that still only accounts for < 0.3% of the world’s energy.

Fortunately, you can’t really run out of geothermal energy. The center of the earth is the same temperature as the surface of the sun (6,000 C). Even converting to 100% geothermal energy, the resource should last 17 billion years. That’s longer than the sun itself. Another fact: Prince Piero Ginori Conti produced the first geothermal power on July 4, 1904 in Larderello, Italy. It lit four light bulbs and is still running.

As for the oil industry, it has neglected geothermal, even though it’s the one form of alternative energy that builds directly on the oil industry’s expertise in producing subsurface resources. Despite this familiarity, the oil industry simply couldn’t grow traditional geothermal large enough to become economically relevant.

“As in the video, there is a parallel between our world and music. When music is out of key its excruciating, not uplifting. The same goes for our world and how we take care of it. Eavor is a company that Business on Camera, and the 25 Albertans who helped produce this, are grateful to be associated with”. Matt Keay, CEO of Business on Camera.

This lack of scale has now changed with Eavor’s new solution called Eavor-Loop. In traditional geothermal, the target is an aquifer to produce hot water from. In some cases, the production might need to be augmented with fracking – a non-starter in most places. With Eavor-Loop, the solution can “go anywhere” as the aquifer (and fracking) can be replaced by drilling the equivalent of a large underground “radiator” composed of some 50 km of inter-connected wellbores.

This large surface area absorbs heat from direct contact with the rock itself. At the surface, the heated water circulating in the radiator is either used for direct heat or converted to electricity.This solution has been analogized to an Earth Battery. This is because Eavor can flexibly adjust the speed with which the large volume of hot water within the 50 km “radiator” is circulated, resulting in the same output flexibility as a baseload energy source like traditional geothermal, plus a massive battery.

At the heart of this transition from hydrocarbons to geothermal is the Geothermal Entrepreneurship Organization (GEO) at the University of Texas (Austin). According to Jamie Beard, Executive Director of GEO, there is an “ongoing and rapidly accelerating re-evaluation of geothermal within the oil and gas industry.” Beard describes geothermal as the “obvious future of the oil and gas industry” as they transition toward clean energy sources, which unlike wind and solar, leverages the industry’s existing core competencies.

“If we can get oil and gas to flip the switch and drill for heat instead of oil, it would have an immediate and dramatic impact on climate change,” Beard says. “Imagine clean energy at oil and gas scale – anywhere in the world. The hydrocarbon industry, however, is a big ship to turn” Beard emphasizes. “Industry players building partnerships with innovative and nimble start-ups like Eavor is the key to accelerating that process. In turn, the start-ups benefit from big oil’s ability to operate on a global scale.”

“Without this influx of expertise in drilling and other recent advances from the oil industry, solutions like Eavor-Loop would not be possible,” adds John Redfern, CEO of Eavor. “To be able to construct an Eavor-Loop, you need to be able to reliably and consistently drill down several kilometers, then across horizontally for several kilometers, all to hit an eight-inch-wide well coming the other way. Then repeat that operation successfully ten times in a row”.

Interestingly, despite the environmental stereotypes, many of Eavor’s technical innovations had their roots in the oil sands. “Given that the oil sands are all about injecting heat into the ground to soften the tar-like oil to be produced as a fluid, it was only a small adjustment to reverse that process to extract heat from the ground,” explains Matt Toews, CTO of Eavor. “Still, it’s satisfying to think that innovations (like multilateral boreholes) that were designed for the oil sands have now found a home in a green solution like Eavor-Loop. It’s a real unexpected ‘swords into plowshares’ result.”

Eavor has only just begun its’ journey to change the world. Along this path, the company is currently engaged in initiating multiple Eavor-Loop projects across the globe. Follow the journey and find out more by subscribing to their newsletter on eavor.com. 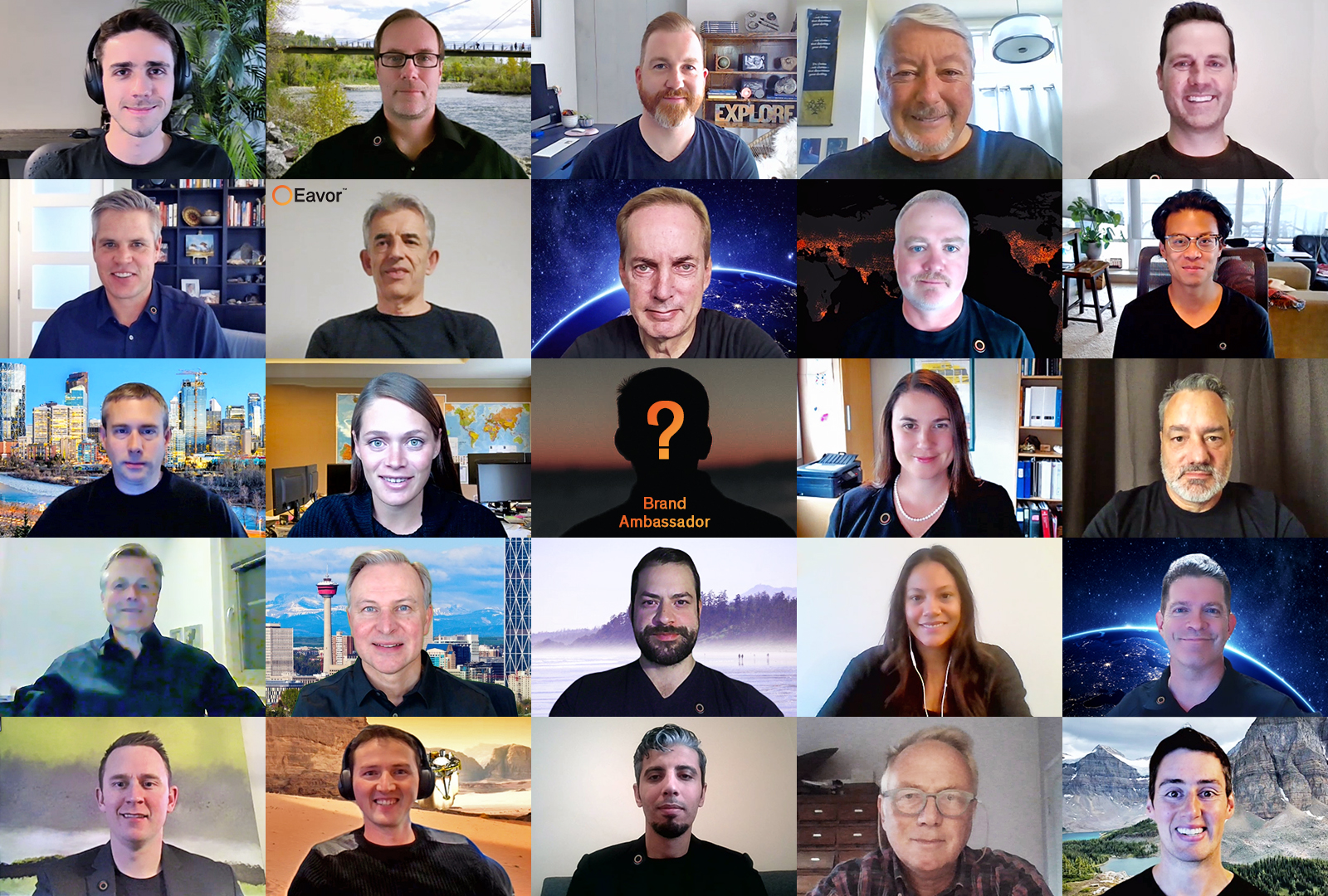 Pictured above is the Eavor Team, join us today! Like many companies in this pandemic, Eavor has continued to move forward virtually. See: https://eavor.com/eavor-lite-virtual-tour for a virtual tour of their demo site.