There was a time, not long ago, when Downtown Los Angeles was a place to avoid, the rotting core of a famously centerless city. With its mirrored glass skyscrapers and historic Art Deco apartment buildings laid out in a dense grid, the neighborhood may have looked more like a conventional city than the rest of L.A.’s notorious sprawl. But for much of the past century, it languished in a state of suspended animation: those apartment buildings vacant and crumbling, those streets a desolate moonscape once the sun went down. You ended up Downtown because of work, because you got off the wrong exit on the freeway, or because you were actively searching for trouble. Skid Row, after all, was its best-known pocket.

Riding through the neighborhood today, however, offered an ideal vantage for me to bear witness to its stunning revival, as this once forgotten and forlorn precinct has been transformed into one of the city’s most vibrant destinations, complete with its own catchy nickname: DTLA. The evolutionary narrative is familiar. First came the influx of pioneering artists and filmmakers and nebulous bohemians beginning in the 1990s, drawn to the romance of living both cheaply and off the radar. Then came the developers a decade later, lured by less restrictive laws when it came to repurposing old buildings. The result is a cultural hub of galleries, museums, fashion houses, tech companies, luxury lofts and, arguably, the city’s most compelling food scene.

Rope, Ride and Rally: Cowboys of Tucson Never Give Up

For a crash course in the area’s culinary offerings, I visit Grand Central Market, a historic food hall that first opened in 1917. Navigating the lunchtime throng, a mix of hipster actors and wizened neighborhood stalwarts, the options are head-spinning: freshly shucked oysters, artisanal egg sandwiches, wood fired pizza, Filipino rice bowls, vegan ramen. I opt first for one of the market’s mainstays, Sarita’s Pupuseria, a Salvadorian food counter that’s been serving gut-busting platters of plantains and pupusas (thick corn tortillas stuffed with savory fillings) since 1998. “When we opened this was a completely different scene,” says manager Paul Serrano. “Now you’ve got one of everything up in here, and one of every type of person coming to check it out.”

From there it’s on to La Tostaderia, a nearby stall specializing in Mexican seafood owned by chef Fernando Villagomez. His family started in the market with an outpost serving carnitas, but as the place underwent a makeover he was inspired to up his game and went back to culinary school to hone his chops. “I wanted to show that Mexican food can be more creative,” he says as he presents me with one of his signature creations: a shrimp patty “burger” topped with a spicy mango slaw. 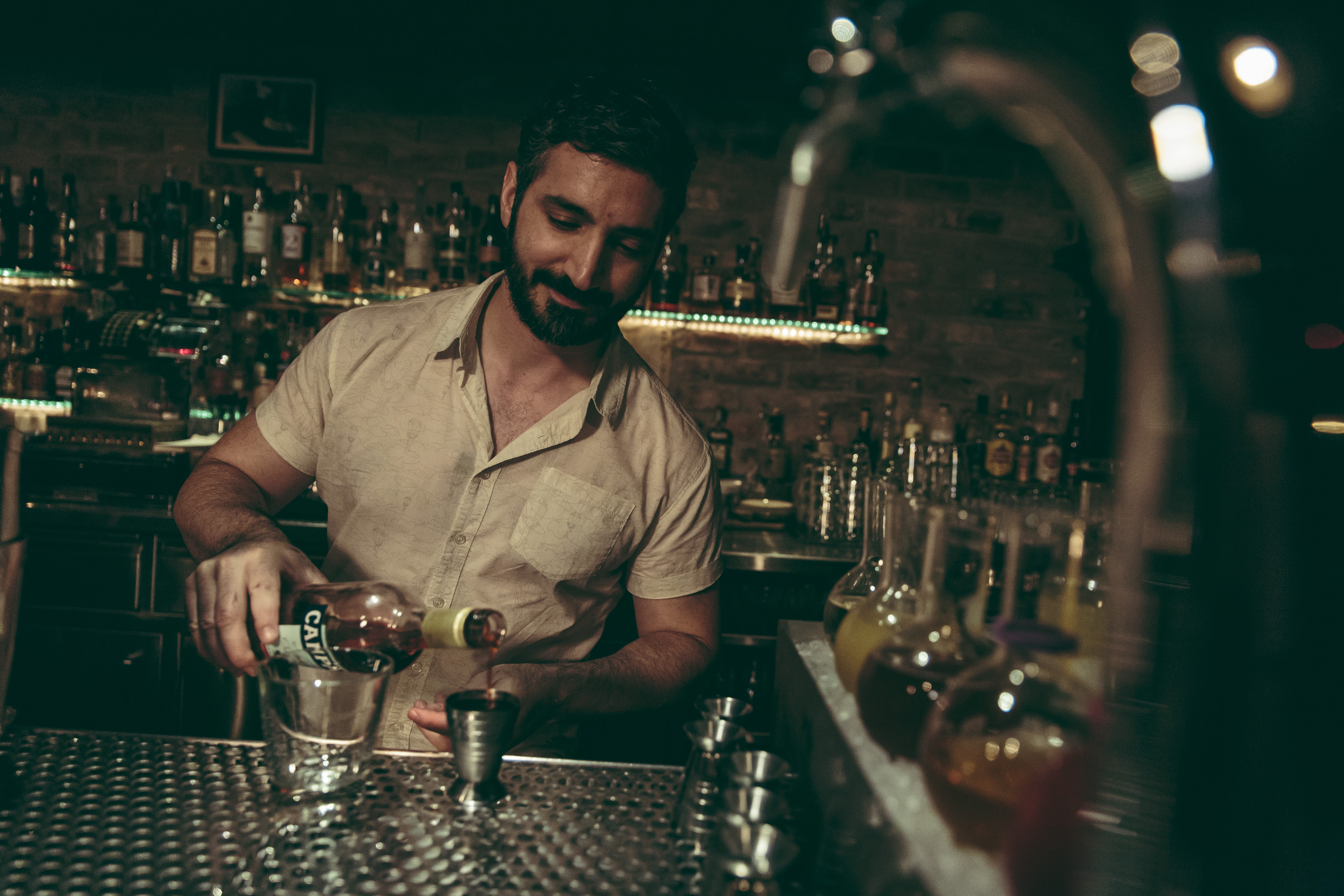 As Downtown’s taken off, the area has begun to attract a number of the city’s high-end chefs. Two years ago, inside a deconsecrated cathedral once known for its underground raves, chef Neal Fraser opened Redbird, a lavish restaurant complete with its own herb garden and trout farm. “If you told me I’d be opening a place down here ten years ago I probably would have laughed in your face,” says Fraser, an L.A. native with visceral recall of the days when Downtown meant police in riot hear and helicopters buzzing overhead. “But L.A. is all about reinvention.”

In a city that is also all about driving, Downtown provides the option for a novel activity: walking around and seeing what the night brings. Abandoning the bike, I sped the night spontaneously bopping in and out of bars, some of the best, like Crane’s Downtown, hidden away in seemingly anonymous office buildings. I end my evening at the Varnish, an intimate, wood-walled speakeasy tucked into the back of Coles, a historic restaurant that invented the French Dip. Opened in 2009, it brought the cocktail movement to L.A. and remains one of the city’s premiere spots for expertly made drinks.

“People used to come here because we had the cool factor of being out of the way,” says manager Max Seaman as he mixes a frothy gin concoction. “Now they come because we’re in the center of everything.”