With flowing hair, a butterfly collar and an avid interest in photography and skydiving, Rodney Alcala seemed the ideal candidate for The Dating Game. In fact, Bachelor Number One won in 1978, scoring the affections of bachelorette Cheryl Bradshaw with more than a few sexual innuendos.

Luckily for Bradshaw, she bowed out of her date with Alcala — tennis lessons and a trip to Magic Mountain — because she got an uneasy feeling from the man. “I started to feel ill. He was acting really creepy,” she told The Sunday Telegraph in 2012. “I turned down his offer. I didn’t want to see him again.”

It turns out Bradshaw’s instincts were golden, considering Alcala was a serial killer in the middle of a spree when he appeared on the show. Now, podcast production giant Wondery (Dirty John, Dr. Death) has now adapted his story into The Dating Game Killer, a six-episode podcast premiering on March 5th, co-hosted by Tracy Pattin (Hollywood & Crime) and Stephen Lang (Avatar, Don’t Breathe).

The Best Podcast Mics Under $100 for Budget-Friendly Recording 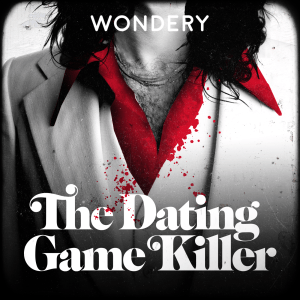 A convicted child rapist, Alcala was arrested and sentenced to death in 1980 for the murder of 12-year-old Robin Samsoe — in part because of his appearance on the show. It’s unknown how many people he killed, but police estimate the count could go as high as 130; he took pictures of his victims, and there remain several unidentified women and children among his photo collection.

His death sentence was overturned twice, but, in 2010, he was sentenced to death for the murder of Samsoe and four additional women. In 2016, he was charged in Wyoming for the 1977 cold case murder of Christine Ruth Thornton. The local prosecutor decided not to extradite him, instead letting the 76-year-old remain in prison in California.

Watching the Dating Game episode now is a chilling exercise, as the “successful photographer” answers sexually laden questions, like what meal he would be: “I’m called ‘The banana’ and I look really good. Peel me.”

“The best time is at night,” he answers when asked about his favorite time of day. “That’s the only time there is. [Morning and afternoon] are OK, but nighttime is when it really gets good.”