If you’re a pansexual Midwestern horticulturist who’s also a fan of the movie Cats, then there’s likely an app on the market to help you find love (or at least, a consenting partner for some pelvis-bumping). Yet amid the coronavirus panic of the past few weeks, when colleges, universities, and workplaces started shutting down en masse and social distancing evolved from buzzword to public-health necessity, there were no options available for singles who wanted to find love in the age of mandatory self-quarantine, until three college students decided to make one.

The website, which connects college students from more than 200 schools across the country for virtual Zoom dates, is called OKZoomer — a reference to both the video-conferencing app it uses as a platform (where many universities are holding virtual classes), and the generation to which it caters. According to Yale University juniors Ileana Valdez and Patrycja Gorska, OKZoomer originated as something of a joke on the meme page Ivy League Meme Consortium, while Yale University officials were trying to figure out whether to cancel classes. (The school officially canceled in-person classes for the rest of the semester.)

“Since freshman year I’ve always wanted to do some sort of dating-app thing,” Valdez tells Rolling Stone. When Gorska sent her a meme referencing love over Zoom, Valdez finally saw her opportunity.

Valdez and Gorska decided to post a Google form promising to match up college students interested in either a blind date or making a friend. It went viral on various meme pages, generating more than 1,000 responses. Valdez enlisted her brother Jorge, 23, a Southern Methodist University graduate with a computer-science degree, to come up with a simple algorithm to match people based on the data from the form, then send them their contact info so they can independently set up Skype or Zoom dates. What happens on those dates or how long they are is entirely up to you (though as the recent Netflix hit Love is Blind hints, when people are cut off from the outside world, they tend to have intimate, inebriated, extremely lengthy conversations with strangers).

Though the initial round of matchmaking was limited to such straightforward criteria as age and gender, the Valdezes and Gorska quickly discovered there was a real demand for a service connecting lonely college students with each other during a socially isolating time. “A lot of kids are losing the biggest social experiences of their lives, especially seniors, who are losing the rest of their semesters,” says Jorge Valdez. “It’s really hard to lose out on something like that.”

Aside from the fact that it’s virtual, OKZoomer also fulfills a service that apps like Tinder and Bumble don’t: It’s not location-based, meaning that kids can be matched up with students at schools hundreds of miles away.

“A lot of us are going back home right now and are from fairly small towns,” says Ryley Constable, a Yale junior from Gillette, Wyoming, who was matched up with a freshman from Miami who attends Tulane. “If you’ve been home for break on Tinder before, you’ve probably seen most people from your hometown on Tinder.” Because the only criteria for joining OKZoomer is being a college student in the United States, you’re likely to find someone who has absolutely nothing in common with you, let alone geographic location — which, in the age of social isolation during COVID-19, is actually something of a plus.

“In person and on campus, a lot of people are afraid to shoot their shot or flirt,” says Jorge Valdez. “But when it comes to this, it’s kind of liberating because potentially you don’t have to be seeing these people you’re talking to once you go back to school or back to where you’re living.”

Currently, OKZoomer has garnered more than 6,000 sign-ups from students from 200 unique schools. Its growth is based almost entirely on word-of-mouth and posts on college meme pages. Surprisingly, unlike most dating apps, it skews more heavily female, which makes it harder for them to generate gender-appropriate matches but is advantageous in the sense that they say they’ve received no reports thus far about harassing behavior or dick pics. 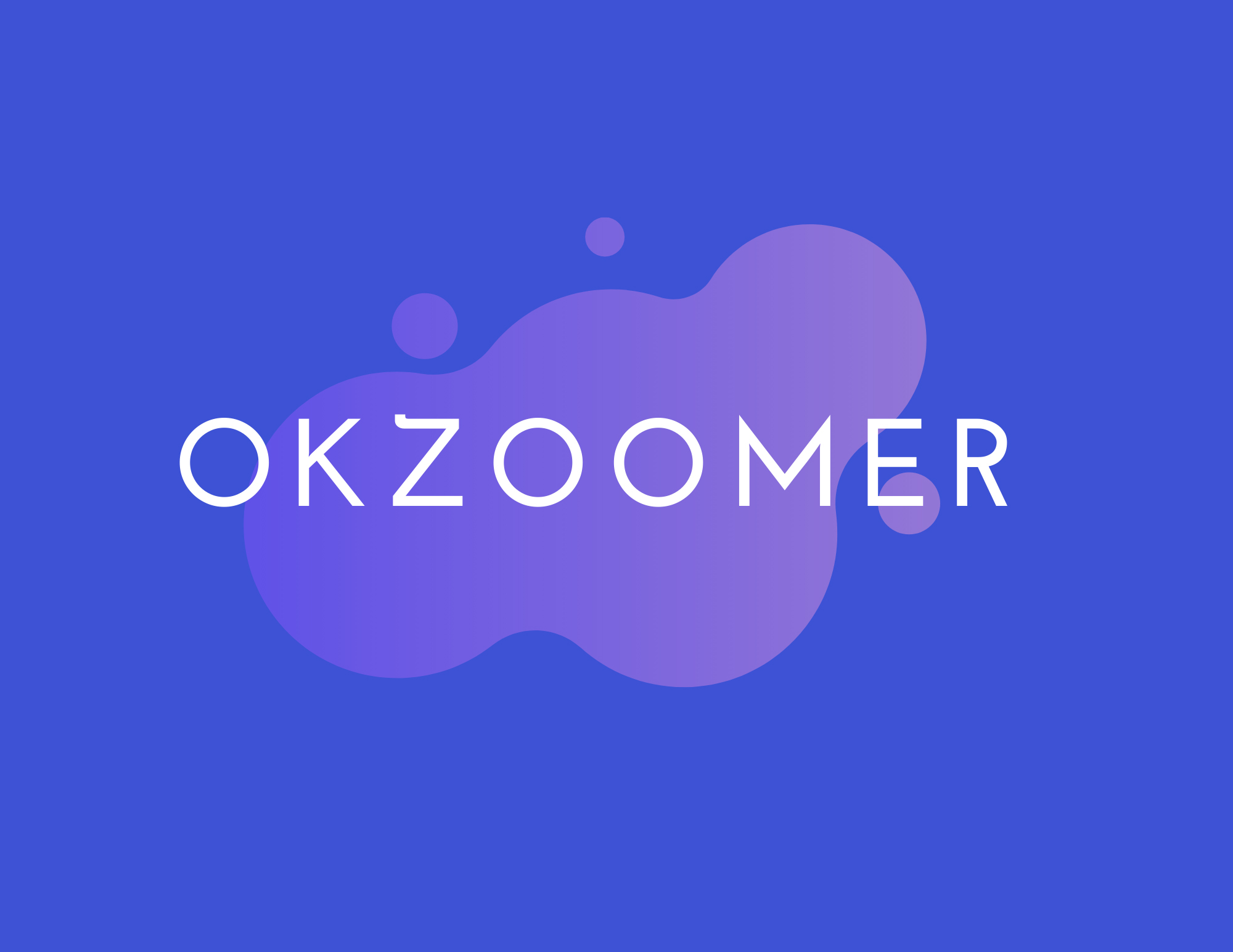 The Valdezes and Gorska are currently working on matching up the thousands of students who have signed up for dates, as well as refining the algorithm and making matches more specific by asking more pointed questions. (“What keeps you up at night?” is one example, though it’s hard to believe who would answer with anything other than the current pandemic.) But during a time when people are panic-buying toilet paper and becoming Gchat addicts to avoid losing touch with humanity, OKZoomer is providing college students with a chance to do so, maybe even on a deeper level than they would have with students on campus.

“When you’re on campus you’re keeping up with schoolwork and not saying, ‘Hey, I really like you, let’s take time to talk for six hours and build up a bond,’ ” says Ileana Valdez. “Now we’re gonna have three to four months to sit together and have deep conversations.”

Plus, there’s another unspoken benefit to OKZoomer and other services filling the social vacuum left by COVID-19: Constable’s match, the Tulane first-year, is “way too attractive to have been matched with me,” he says. “So I’m doubting the algorithm in part, but I won’t complain.”