In his unstinting Confessions of an Ivy League Frat Boy: A Memoir, out August 26th, author Andrew Lohse goes mercilessly deep on his debaucherous experiences as a brother in Dartmouth’s Sigma Alpha Epsilon fraternity. The book is an expansion of a 2012 Rolling Stone feature, and, like the aforementioned piece, might make all you prospective college frosh out there think twice about campus Greek life. In this exclusive excerpt, Lohse details a particularly foul bit of hazing.

A bro walked in from varsity and motioned at Edwards.

“Are they done?” the guy asked. We went silent. Edwards surveyed the wreckage beneath his throne, the scrum of stumbling sophomores in purple jerseys, the hundreds of empty cups, the filthy smell wafting up from the trash cans. Noticing this final note of ambiance, the brother breathed deeply.

“Smells like ass in here, bro,” he winced. He nodded back towards varsity “Almost as bad as it smells out there.” I wondered how any other room in the frat could possibly smell as feculent as the one we were already in.

“Is the next phase ready?” Edwards giggled.

“Yeah dude,” the bro said. “Have them strip down.” He turned back to varsity. Silence gripped us.

“You heard him, Whaleshit. Strip on down. Keep your old boxers on, but no gym shorts, and please, for the love of God, no brand new pledge jerseys.”

Then Edwards instructed us how to “waddle,” because, apparently, that’s how whaleshit were supposed to exit pledge meetings every week.

We put our hands on our heads and squatted low to floor and waddled out of the Beer Die room into the darkened Varsity room, which did smell worse. The whole basement basically smelled like sewage by this point. Brothers chanted “WHALESHIT! WHALESHIT!” as a strobe light pulsed. Varsity suddenly became a very different place than the basement room where Pulaski and Peterson and I had played innocent games of pong while trying to meet brothers all freshman year. It would be impossible to remember it like we had; shocking events have a way of imbuing spaces with subconscious power. 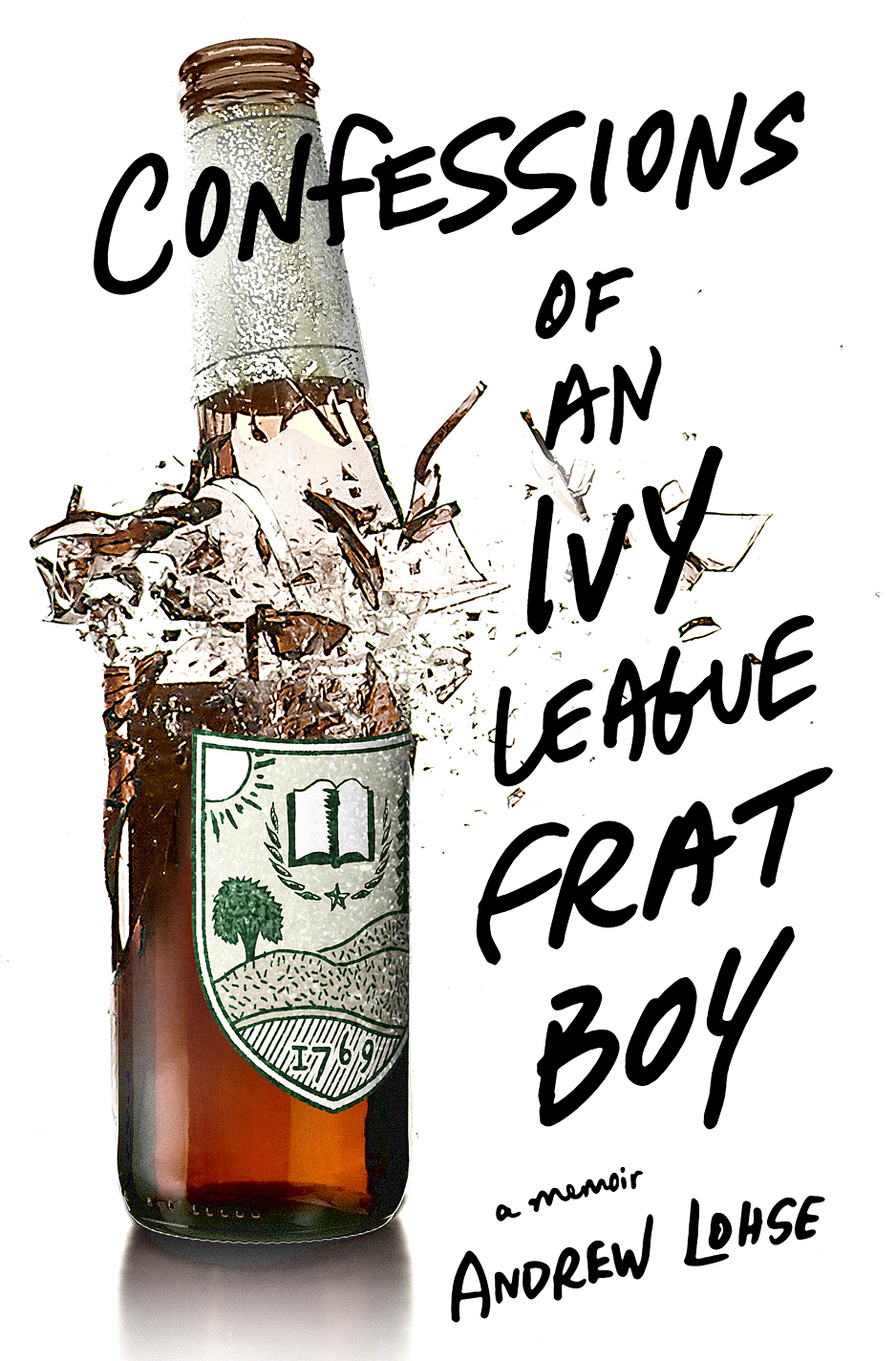 A brother’s hands on my shoulders guided me to a spot on the sticky cement floor; in front of me I could see, through the light’s intermittent flashes, a blue plastic kiddie pool in the room’s center — that seemed to be where the smell was coming from.

Davis’s voice boomed above us, calling pledges’ names one by one; Douglas, Torrentino, Nelson, Wallace; at first there was some confusion over what we were supposed to do when the names were called. We were too wasted to imagine. Surely, we weren’t supposed to climb into the reeking, plastic pool in front of us. That’d be too messed up to imagine. But the game became clear with the aid of those brothers’ hands reaching out of the shadow circle around us, guiding the first few pledges, one at a time, into the reeking kiddie pool.

“Blackstone!” Davis called out. He recited a short blurb about Blackstone as he sloshed helplessly in the sludge, ending with “I NOW PRESENT TO YOU, WHALESHIT ______,” the blank, of course, being Blackstone’s new name, his pledge name, something clever and cast with a brotherly significance. So it was with each pledge. They were guided into the pool as brothers roared, as Davis read his blurbs. Then it was my turn.

“Andrew Butler Lohse!” I guess I’d signed my middle name on the bid card. Forcing all doubts outward from my mind, I waddled towards the kiddie pool. The concrete floor was cold and slick beneath me as I reached out to climb over the pool’s edge. Though at that time it was unclear what made up its mixture, I’d later learn the tradition of its ingredients — and the same stuff we were told was in it when we swam in it—food products, beer, vomit and urine, even shit and semen — I either saw or heard about being put in the mix for the next two years, when I became a brother.

Of course, though, we didn’t know then, and could never prove its contents as pledges. The secrecy of the frat works through compartmentalization of knowledge, and we couldn’t exactly scoop up a sludge sample to bring to the Biology lab — we just knew the scent, the feeling of the mixture sticking to our skins, and knew that disobeying was probably pointless. You can’t really beg out of your own fratty baptism. What would everyone think of you? Were you not a team player? Didn’t you uphold the old traditions?

Images blurred together. The smell of the pool made me gag; I felt violently sick as the mire enveloped my legs and elbows and then torso. Some brothers yelled drink the pool! Others yelled swim whaleshit, swim! Davis shouted my blurb over the din:

“For the pledge known for his preppy critter pants, cardigan sweaters, and bitchy social climbing, much like Regina George from the movie Mean Girls, I now present to you, WHALESHIT REGINA!”

To be honest this was all kind of traumatic and whether it was all the booze or the very specific feeling of being humiliated, I blacked out. My perception clicked off like a busted videocamera. Last thought — of course it’s always the middle class kid who gets called a social climber.