Gun nuts aren’t always creatures of the political right. Consider your heavily-armed author’s position: I say gun ownership is a necessary line of defense against investment bankers, Wall Street lawyers, big business, the corporatized wing of the Democratic Party, the U.S. Chamber of Commerce, the Business Roundtable, ALEC, Nazis, gangbangers, meth fiends, cops and politicos who cut welfare and education programs while refusing to downsize the military or raise taxes on the rich. When I was living in New York City, I voted for Bill de Blasio. I was briefly a believer in Obama’s hope-change lines. I want single-payer healthcare and free public higher education and a carbon tax and the end of the warfare-surveillance-killer drone state – and I want the Second Amendment protected.

I like my guns. I like the Colt Trooper .357 Magnum, and the FN .40, and the Lee-Enfield .303, and the Remington 12 gauge, and the Ruger Mini-14 with 30-shot clip and the Smith & Wesson Model 39 – this last a gift from my father, a New Yorker and, like me, a liberal who is several planets to the left of President Obama. My dad is a member of the NRA, god help him. He shrugs and by way of excuse says he enjoys the group’s monthly magazine, American Rifleman.

The tribe of liberal gun nuts I’ve gotten to know over the years includes writers, activists, musicians, schoolteachers, professors, rock-climbers, wilderness guides, environmentalist lawyers and at least one shaman. If I’d venture to pin down the unifying ideological bent of these folks, I’d say it’s anti-statist socialism – communitarian, decentralist, anarchist. Kiley Miller, a pal who lives in Moab, Utah, and who runs an eco-friendly house cleaning service, keeps guns because “the thought of only the government, police, sheriffs, and military having guns gives me the chills.” This is a woman who describes herself as “a radical environmentalist about as far left as one can be” and who busts my balls whenever I miss the daily dose of Democracy Now. Another armed liberal living in Moab, Matt Gross, a friend of mine and of Kiley’s, was the man behind Howard Dean’s web campaign – as director of online communications he web-fundraised what was then the unprecedented sum of $25 million – and went on to work as chief online strategist for Democrats in two major senatorial campaigns and as John Edwards’ senior web adviser during his 2008 run for the White House. “The right doesn’t own the flag, guns or the Constitution,” Gross writes me in an email. “You can be a progressive champion and still know how to handle a Glock. I support the HRC” – that’s the Human Rights Campaign, which lobbies for LGBT equal rights – “but it doesn’t mean I’m unarmed.”

My bud Brian Ertz, an environmental activist who is studying for a law degree in Boise, Idaho, tells me that primarily he uses his guns to hunt – for meat – and also carries them for protection. “I know the belligerence of the powerful State and have just reason not to lend the government my trust when it comes to protecting my family from others and from the State itself,” Ertz says. “I understand that exercise of the Second Amendment is effective. You don’t need to overthrow the government to send a signal that strikes fear into the pants of those seated in power. The political elite of this country didn’t take Martin Luther King Jr. seriously until Malcolm X showed up with a gun and the idea that members of an oppressed class needn’t ask the establishment for permission.”

Her Right to Bear Arms: The Rise of Women’s Gun Culture

Colorado-based cartoonist and writer Travis Kelly, explains his position about liberal gun nuttery on his website. “I’m sure the whole sordid, shocking saga of the Bush administration spurred many more liberals to reevaluate the Second Amendment and the enduring wisdom of the Founding Fathers,” he writes. “That’s when I started buying guns. Tyranny can be left or right handed, and a case could be made that it’s ambidextrous now.” The clincher for Travis, however, was a tale of personal self-defense related by a female friend, who years ago was kidnapped and nearly raped along a lonely stretch of Texas highway. Luckily she had a pistol in her pocket, a .38 revolver, and with it shot her attacker in the stomach as he was unbuckling his pants. “And the lesson is: the police cannot be everywhere all the time, they are not omnipotent, and we don’t want them to be,” writes Travis. “There are times when the individual must be responsible for his or her own self-defense . . . Guns are the great equalizers, against larger predators, or the political tyranny so feared by the fundamentalist gun crowd.” (Note that some on the far left and far right meet in their contempt and loathing for centralized power – a sign of hope.)

Ah, but I hear the objections of the gun control lobby. Criminologists Don Kates and Gary Mauser, writing in a much discussed article in the Harvard Journal of Law and Public Policy in 2007, dissected the claims of anti-gun advocates: that, for example, a “gun in the closet to protect against burglars will most likely be used to shoot a spouse in a moment of rage”; that “most gun-related homicides [are] the result of impulsive actions taken by individuals who have little or no criminal backgroundor who are known to the victims”; that the majority of gun homicides are not the result of criminal activity “but because of arguments between people who know each other”; that each year thousands of gun murders are committed “by law-abiding citizens who might have stayed law-abiding if they had not possessed firearms.” These assertions, according to Kates and Mauser, “appear to rest on no evidence and actually contradict facts that have so uniformly been established by homicide studies dating back to the 1890s that they have become ‘criminological axioms.'” 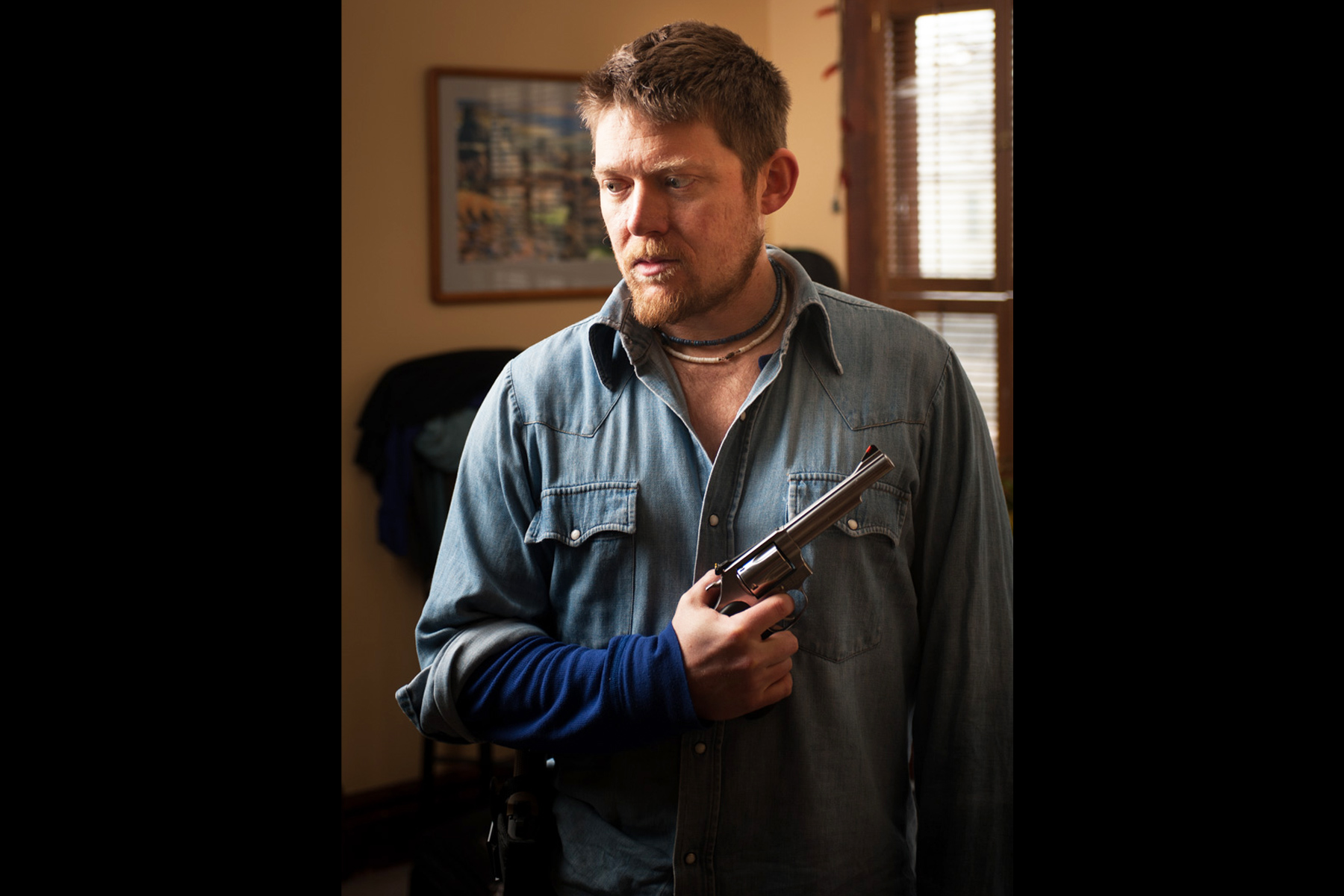 More guns, it seems, does not mean more murder. During the 25-year period from 1973 to 1997, Kates and Mauser found the following:

The number of handguns owned by Americans increased 160% while the number of all firearms rose 103%. Yet over that period, the murder rate declined 27.7%.  It continued to decline in the years 1998, 1999, and 2000, despite the addition in each year of two to three million handguns and approximately five million firearms of all kinds. By the end of 2000, the total American gunstock stood at well over 260 million — 951.1 guns for every 1,000 Americans — but the murder rate had returned to the comparatively low level prior to the increases of the mid-1960s to mid-1970s period. In sum, the data for the decades since the end of World War II . . . fails to bear out the more guns equal more death mantra . . . The evidence is consistent with the hypothesis that gun possession levels have little impact on violence rates.

But perhaps we shouldn’t trust the Harvard Journal of Law and Public Policy, a right-wing outfit that has over the years celebrated the scholarship of vicious bastards like Antonin Scalia, William Rehnquist and John Yoo. Consider instead the conclusions of epidemiologist Brandon Centerwall, writing in The American Journal of Epidemiology. Centerwall compared criminal homicide rates in adjoining states in the U.S. and Canada during the 1970s, looking at handgun ownership as a factor. Canadians had a handgun ownership rate roughly one-tenth that of the United States, yet there was no difference in homicide rates.

Or consider also the work of criminologist and psychologist Hans Toch, a professor emeritus at the School of Criminal Justice at the State University of New York at Albany, who found that in England there in fact may exist a negative correlation between guns and violent crime. Toch, as it happens, was one of the earliest proponents of gun control when he advised the 1969 National Commission on the Causes and Prevention of Violence, popularly known as the Eisenhower Commission, which advocated mass confiscation of handguns. Writing in 1991, Toch, claimed that, “rates of male firearms ownership tend to be inversely correlated with violent crime rates, a curious fact if firearms stimulate aggression. It is hard to explain that where firearms are most dense, violent crime rates are lowest, and where guns are least dense violent crime rates are highest.” Toch suggests that, “when used for protection firearms can seriously inhibit aggression and can provide a psychological buffer against the fear of crime. Furthermore, the fact that national patterns show little violent crime where guns are most dense implies that guns do not elicit aggression in any meaningful way.”

As Kates and Mauser pointed out, the U.S. National Academy of Sciences in a 2004 study found “no credible evidence that ‘right-to-carry’ laws” – which had then been passed in 34 states – “either decrease or increase violent crime.” The NAS study did find that current research showed “associations between gun availability and suicide with guns,” but the research, which has its share of gun-control skeptics, had failed to show “whether such associations reveal genuine patterns of cause and effect.” The report’s main message: “data on firearms and violent crime are too weak to support strong conclusions about the effects of various measures to prevent and control gun violence.”

I’ve had guns in my household for a dozen years and no one I love has been killed, nor has anyone I don’t love. My wife and I have enjoyed many awful fights and we haven’t shot each other. I get into the obvious arguments with leftist friends in New York City who are aghast that I own guns and think I’m a weirdo. When I hike into wilderness I carry the .40 pistol or the .357 Magnum, a smart answer to grizzly bears. When I travel around the American West on assignment, I keep a handgun in my car. On happy nights of writing I like to take a break, walk out in the backyard and squeeze off a dozen or so rounds with the Mini-14 — and don’t you dare try and stop me.