To paraphrase the eminent SNL character Stefon, the college admissions scandal has everything: washed-up Nineties sitcom stars, corrupt Ivy League officials, bratty Instagram influencers who throw tantrums when they lose their spon-con deals. Now, those addicted to the scandal have yet another resource: the first season of Gangster Capitalism, a podcast that investigates white-collar corruption.

Produced by C13Originals and hosted by documentary filmmaker Andrew Jenks, Gangster Capitalism, which premiered on Tuesday, tells the story of the folks behind Operation Varsity Blues, the FBI term for the massive college-admissions scandal engineered by William “Rick” Singer, who lured wealthy parents like Lori Loughlin and Felicity Huffman into his scheme by promising to get their children admitted to marquee-name colleges via the “side door.” (Last March, Singer pleaded guilty to racketeering conspiracy, tax conspiracy, obstruction of justice and money laundering; he is currently out on bail and faces up to 65 years in prison.)

To an extent, the events recounted in the podcast are in the process of unfolding: Oscar winner Felicity Huffman, who was indicted in connection with the FBI investigation, formally pleaded guilty on Monday to a single count of conspiracy to commit mail fraud and honest services mail fraud, while Loughlin and her husband, Mossimo Giannulli, pleaded not guilty and were hit with additional charges of money laundering in April. 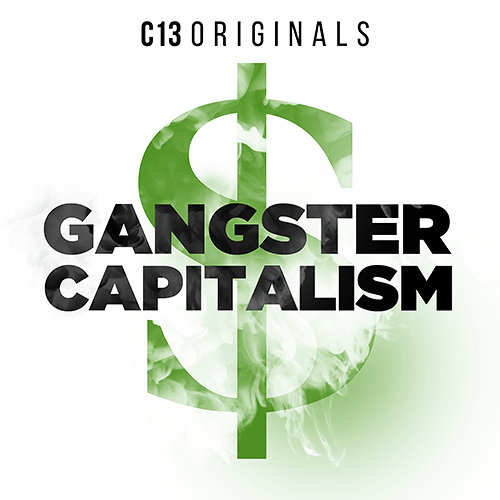 Yet Chris Corocan, the chief content officer for Cadence13, the production company behind the podcast, says now is the perfect time to capitalize on public interest in the case. “Whether it’s the celebrity involvement, the relevant nature of the story to college kids and their parents, the corruption aspect of it, the wealthy involved, or just simply that something like this could have happened at all, for this long, people seem to want to know more and more about this story,” he tells Rolling Stone. Gangster Capitalism aims to “bring [the story] to life.”

Why Did Lori Loughlin and Her Husband Plead Not Guilty?

The College Admissions Scandal Is Getting a TV Adaptation

The podcast features original interviews with college admissions experts, reporters and students who admitted to cheating on the SATs to get into the college of their choice. Gangster Capitalism also stages dramatic recreations of the phone conversations that were taped by the FBI as part of its investigation, the transcripts of which are featured in the 204-page affidavit the FBI released last March. One of the phone conversations recreated in the first episode involves Felicity Huffman, the former Desperate Housewives star.

“We felt that bringing the transcriptions of the conversations in the affidavit to life was the most dramatic and efficient way to portray both the inner-workings of Rick Singer’s scheme, as well as how brazen and egregious this all was,” Zak Levitt, executive vice president of production at C13Originals, tells Rolling Stone. “It’s all there, laid out in vivid detail, and hearing it not only illustrates the crimes, but it really shines a light on many of the larger aspects of this story, like wealth, greed, obsession with status, and even a sense of moral ambiguity.”

Notably, the podcast features audio of Jenks’ confrontational encounter with Singer outside of a community center pool in St. Petersburg, Florida, where the mastermind of the college admissions scandal was recently spotted. Although Singer does not answer Jenks’ questions or engage with him in any way, the scene paints an image of a man totally unperturbed by his role in one of the most wide-ranging fraud cases of all time: as Jenks describes it, Singer was seen with his “shirt off, tanned, with a tennis visor on backwards, looking like he was on vacation.”

For those who have been following the college admissions scandal since it first broke, the podcast’s first episode is scant on details or additional revelations that shed light on the motives of those involved in the case. But when it comes to certain questions raised by the case — like why so many wealthy and successful people would be willing to risk everything, including their own freedom, to enroll their child in an elite university — we’ll probably never get many satisfying answers.

The goal of Gangster Capitalism, Levitt says, is to try to shine a light on a broken system and understand precisely how men like Singer were so adept at exploiting its weaknesses. “The playing field is not level.  That certainly isn’t a revelation,” he says. “But we want to foster a conversation about how to make it more level, and to do that, we need to talk about how and why this happened. Rick Singer is a symptom of a much larger problem.”