Truman Capote’s In Cold Blood is widely considered to be the first book in the true crime genre – since coming out in 1966, it’s influenced everything from Helter Skelter to Making A Murderer to the podcast Serial. Capote’s work of literary nonfiction is a journalistic deep dive into the brutal November 1959 murder of the Clutter family in Holcomb, Kansas, a savage crime in small-town America which shocked and terrified the nation. Capote’s book became a bestseller, won him international acclaim and put a spotlight on the Clutter family killers, Perry Smith and Richard Hickock, whom Capote interviewed extensively. But it didn’t exactly tell the whole story.

That’s something documentarian Joe Berlinger was eager to change. Long a fan of In Cold Blood, he’d made his own mark on the true crime genre with the three-part Paradise Lost series following the conviction and eventual exoneration of the West Memphis Three. But despite Berlinger’s reverence for Capote’s work, it was the seminal book’s failures that inspired him to make a docu-series about the murders. Many locals felt that the victims – a well-regarded family headed by farmer Herbert Clutter, as well as his wife, Bonnie Mae, their 16-year-old daughter, Nancy, and 15-year-old son Kenyon – were secondary to Capote’s focus on the killers, and that they were portrayed inaccurately. Cold Blooded: The Clutter Family Murders was released on the Sundance channel in November, but debuted online on Sundance Now this month; the four-part series features never-before-seen footage of the victims and exclusive interviews with members of the Clutter family speaking for the first time about the tragedy that made theirs a household name.

“It’s not like we’re reinvestigating and presenting a whole new theory and you’re going to watch the show and say, ‘Oh my God, this is a whole different take on what’s happened,'” Berlinger told the Kansas City Star last fall. “It’s just it’s the first time anyone, I believe, has really pulled back, really focused on what was the family like and who they are and humanizing them, how did the investigation unfold. [It’s] a little bit about how the reality differs a little bit from the [Capote] book.”

With that in mind, here are five things we learned from Cold Blooded: The Clutter Family Murders.

The killers gave graphic descriptions of the murders to anyone who would listen
The motive for the murders has never been in dispute; Perry Smith and Richard Hickock, both parolees, went to the Clutter farm under the mistaken belief that Herbert Clutter had thousands of dollars stashed in a safe on the property. Instead, they walked away with $50, a pair of binoculars and a radio, but not before slaughtering the family inside. All four were shot to death, but Smith slit Herbert’s throat first, a moment Hickock would later describe in graphic detail to police as producing a “gurgling noise.”

Don Cullivan, one of Smith’s former Army buddies who is interviewed in the series, said that when he visited him in prison, Smith recounted the moment he finished the Clutter patriarch with a shotgun blast to the head. “He said, ‘As I pulled the trigger there was a flash of blue light. I could see his head split apart,'” Cullivan says in Cold Blooded. 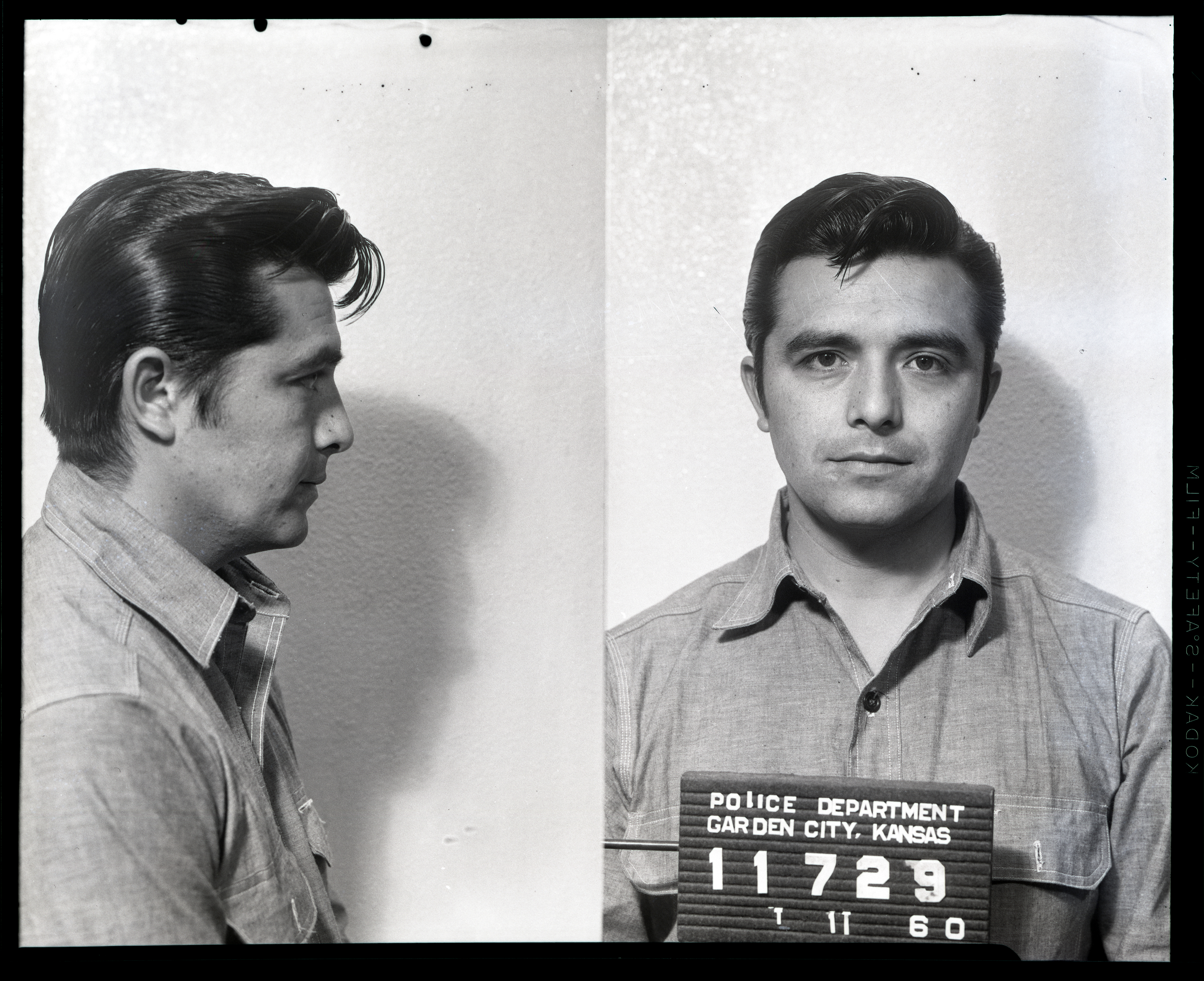 Nancy Clutter would still be alive if not for a rescheduled date
Bobby Rupp, who was Nancy Clutter’s sweetheart, was the last person to see the Clutter family alive and was briefly treated as a suspect before being ruled out. What has haunted him for years is how different things might have been, for Nancy at least, had they stuck to their originally scheduled date for that coming weekend.

Bonnie Clutter wasn’t depressed
Of all the reported inaccuracies in Capote’s book, the Clutter family is perhaps most unhappy with his portrayal of Bonnie Mae Clutter. Capote wrote about Bonnie as being incapacitated by clinical depression and various physical ailments following the birth of the couple’s four children, but according to family members, Bonnie was anything but unhappy. She was a member of the local garden club, a regular at church and involved in the local community, they say in the series. While she suffered from some pain issues, they were manageable, and she was not bedridden or overcome by the depression Capote described.

Capote never reached out to the Clutter family to address their concerns following the book’s publication
Capote was a man on a mission when he landed in Holcomb with his best friend, acclaimed To Kill a Mockingbird author Harper Lee, in tow. While originally from a small-town himself (he and Lee were neighbors as kids), the quirky New York novelist stood out like a sore thumb and didn’t exactly receive a warm welcome from the grieving community, who was rightly suspicious of his motives. Eventually, Capote was able to develop a relationship with the Kansas Bureau of Investigation, who allowed him to interview Smith and Hickock after they were captured by police.

Capote also wanted to visit the crime scene and was able to gain access to the Clutter family farm, walking from room to room where the bodies were found – a macabre tour that Clutter family niece, Diana Edwards, calls in the series “a violation.” She is interviewed throughout the show, particularly about the pain felt by the family when their tragedy became a source of fascination for the entire country.

“Nobody talked about it; nobody,” Edwards says in Cold Blooded. “My family never talked about it. My mother never mentioned it. It was too painful – and I realized there is a period of time where something is literally unspeakable. It was unspeakable.”

That Capote was unconcerned about their quarrels with his depiction only poured salt in the wound. When In Cold Blood was published seven years after the murders, the Clutter family made clear that they disputed some of Capote’s characterizations of their deceased loved ones – but never heard another word from Capote, who would go on to win numerous awards for his work. 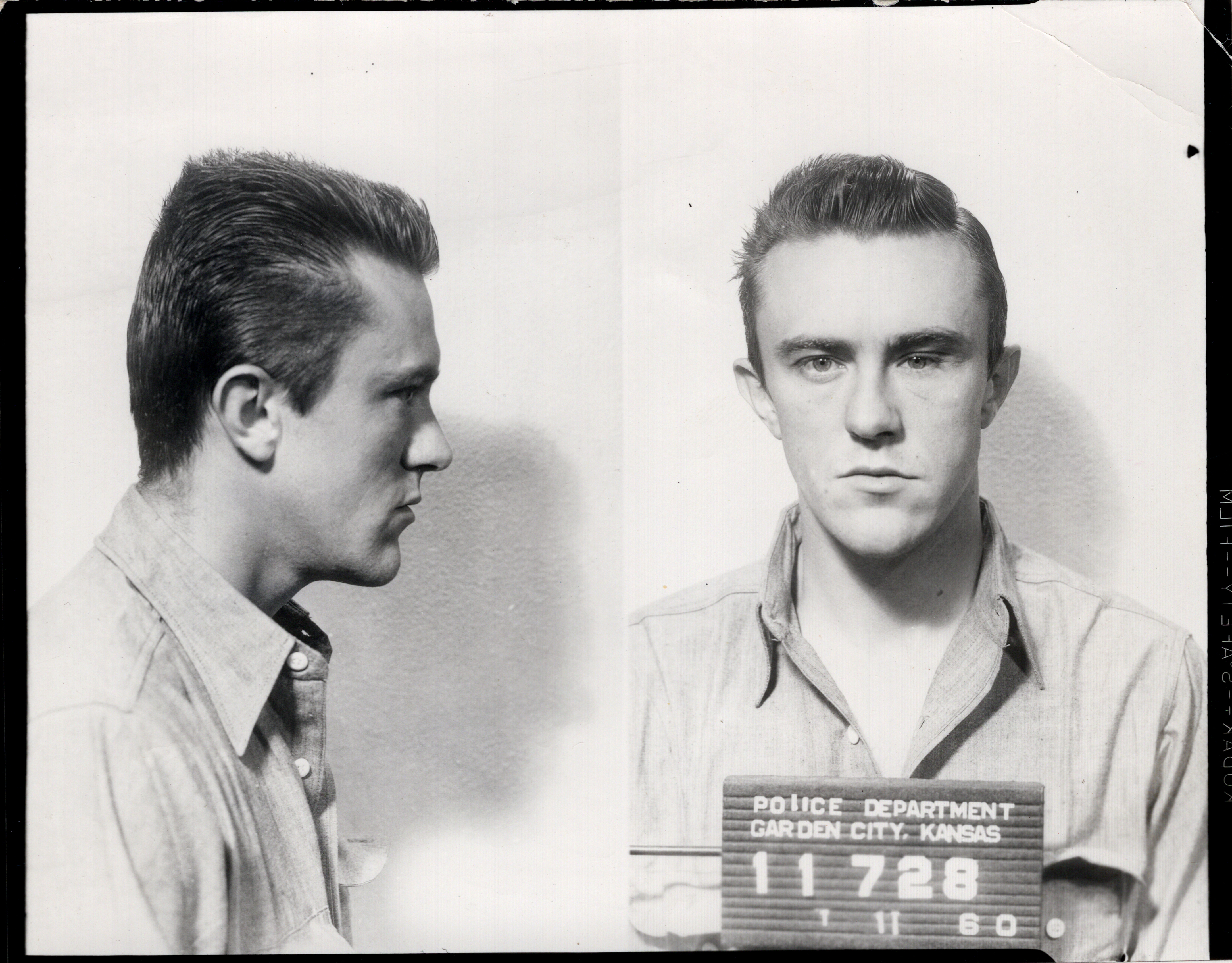 “As far as my understanding, there was some initial contact to get some access, and then once the book came out, there was no contact,” Berlinger told Fox News. “And no attempt to rectify their feelings of the portrait being problematic… I believe there should have been a greater attempt to address their issues. The evidence demonstrates that there was no such attempt.”

Harper Lee advised those connected to the case to avoid the press
One of the docuseries’ participants is Paul Dewey, whose family was longtime friends of the Clutters and whose father Alvin lead the investigation into their murders.

“It wasn’t just another case for [my dad,” says Dewey in the film, who was nine at the time of the murder. “It was very personal.”

Capote may have rubbed townsfolk the wrong way and left with few friends, but his pal Harper Lee left a more positive impression. Dewey developed a close relationship with Lee, who famously avoided the spotlight after writing To Kill a Mockingbird. She and Capote also drifted apart in the years following In Cold Blood‘s publication, and she had some advice for those whom the book let down.

“Over the years, we became friends …and after my mom and dad died, she advised my brother and me not to talk,” Dewey explains in the series. It was advice he followed for a long time, until Berlinger came knocking.

“I’m the last one around to know my family and the relationship with Truman and Nelle [Lee’s real name],” says Dewey about why he decided to participate in Cold Blooded, even mining his parents attic to pull out boxes of archived footage, photographs and, most importantly, his father’s case files. “I felt like it was probably time to share this story.”