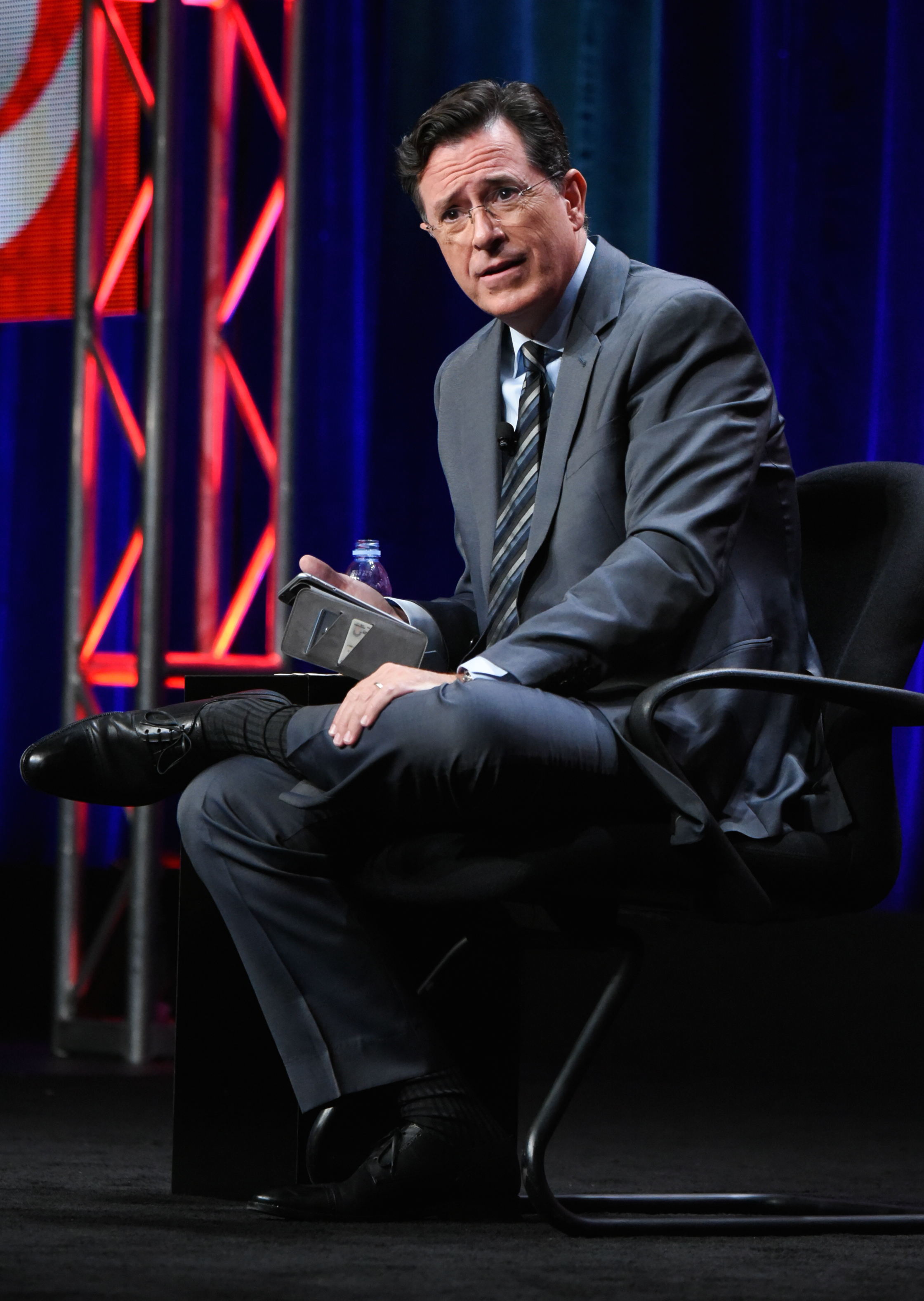 Stephen Colbert will begin his new comedic era on September 8th, replacing retired David Letterman as host of The Late Show. Some critics have complained about recent late-night hires in this male-dominated industry, and Colbert has responded, promising in a new Glamour essay to accentuate a “female perspective” in the TV “sausage fest.”

“It has been pointed out to me that I, like other late-night TV hosts, am a man,” the comedian writes. “And while I’m happy to have a job, I am surprised that the world of late-night TV lacks a female presence, unlike sitcoms, which are packed with smoking-hot wives who teach their doughy husband a valuable lesson when he slips on a pizza and falls headfirst into a porta-potty full of beer.”

The hilarious, insightful op-ed – which Colbert claims was largely written by two of his female staff writers – reads like both a critique of the “sausage fest” late-night circuit and a sarcastic critique of that criticism.

“To be honest, sometimes I wonder whether the world would be a better place if women were in charge,” Colbert writes. “It would be pretty easy to make that happen. Simply tell the men of the world that you’re trying to start a campfire. While we’re all arguing with one another about proper kindling placement and whether using lighter fluid is cheating, women can just quietly start getting stuff done.

“But until that revolution I will continue to fight for women, because I’m a man who is deeply in touch with my femininity,” he continues. “I believe gender is a spectrum, and I fall somewhere between Channing Tatum and Winnie the Pooh. Pooh and I definitely agree on the no-pants thing. As soon as I’m home, off they go – and I’m knuckle-deep in a pot of honey.”

Between cracking jokes at his physique and making commentary about equal pay for women, Colbert spells out his game plan for embracing a female voice on The Late Show.

“I’m here for you, and that means I’m going to do my best to create a Late Show that not only appeals to women, but also celebrates their voices,” he writes. “These days, TV would have you believe that being a woman means sensually eating yogurt, looking for ways to feel confident on heavy days and hunting for houses.”

At the Television Critics Association press event held Monday in Los Angeles, the former Colbert Report host announced that Kendrick Lamar would serve as his new show’s first musical guest. He also reiterated his plans to abandon the Report persona on CBS in order to focus interviews on his guests.

“One of the reasons why I most wanted to drop the character is that I felt I had done everything I could do with him other than have my honest interest in my guest,” Colbert said. “Which is almost constant. Now I feel actually more freed up. That was in some ways the most energetic, the most exciting part of the show to me and now I don’t have to hold back at all.”