The Cher Show is packed with so much of her that it takes three talented actresses to portray the 72-year-old legend. The Broadway musical also depicts many characters from Cher’s life — Phil Spector, Greg Allman, Robert Altman, Rob “The Bagel Boy” Camilletti and her mother Georgia Holt (played with hilarity by Emily Skinner) — but some have noted that Cher’s son, Chaz Bono, is mainly absent on stage. That doesn’t mean that he isn’t mentioned. In fact, he is referred to by his name in the musical — even as a baby, long before he officially changed his name and began his transition. But he doesn’t have stage time or lines and is only seen when a baby wrapped in a blue blanket is handed to one of the actresses (but, for that matter, neither does his step-brother, Elijah Blue).

Broadway Theaters to Require Vaccinations, Masks for All Upcoming Performances

That led Michael Musto to ponder whether the Broadway production was trying to “eradicate trans existence” to make the show more palatable to tourists forking over money to experience the glamour. He asked Chaz’s publicist why the famous trans man — who has appeared on Dancing With the Stars and episodes of American Horror Story — had such “low visibility,” and he reportedly replied, “No idea.” When The Cher Show press team was asked to comment by The Daily News, they replied, “The creative team behind The Cher Show feel it’s Chaz’s story to tell and we wanted to make sure the moments we do have in the show are handled with great sensitivity,” which is also what they repeated to Musto.

As if to assuage doubts about his feelings toward the show, which feels like a glitzy Las Vegas tribute and is plenty queer, Chaz Bono attended on Saturday night and took photos with the three women who represent his mama — Micaela Diamond, Stephanie J. Block and Teal Wicks — in different eras of her life and career. He also posed for a shot with Jarrod Spector, who plays a hunky version of his dead dad. (The show does tackle a lot of the negative details surrounding Cher’ relationship with her ex-husband, including how Sonny overworked her and had her sign a contract that meant he owned 95 percent of Cher Enterprises.) So far, Chaz hasn’t publicly shared comments about his take on the production — or the possibility of The Chaz Show. 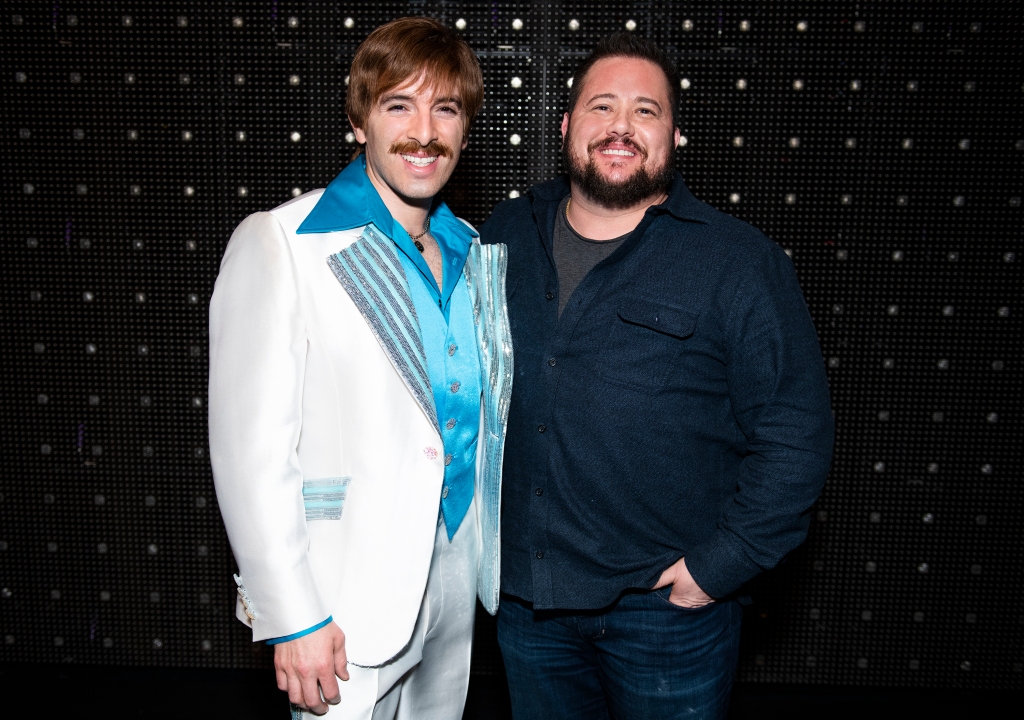