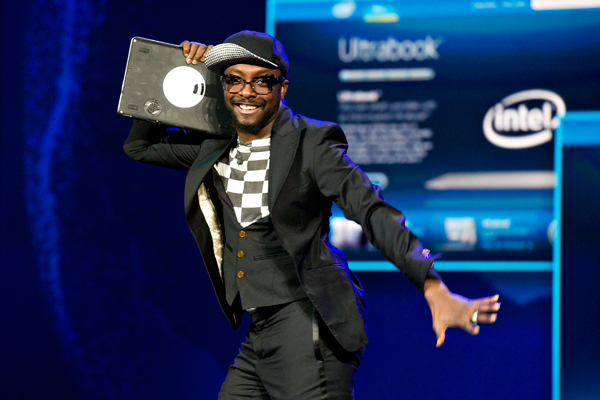 As global spending on gadgets is expected to top $1 trillion for the first time, according to the Consumer Electronics Association, this year’s Consumer Electronics Show offers a well-time influx of new innovations. Endless iPhone or iPad docks and accessories aside, audiophiles will happily note that a considerable portion of the over 20,000 new products being offered by the event’s record 3,100 exhibitors include cutting-edge music and audio gear.

Monster, best known for its high-end home theater cables and audio equipment (including the popular Beats by Dr. Dre line), plans to roll out a number of new products aimed at both casual and enthusiastic listeners alike. Among these will be the N-Ergy in-ear ($69.95) and N-Tune on-ear headphones ($129.95), built in partnership with Nick Cannon, who was forced to communicate by videoconference at the company’s press event due to recent health troubles. The company will also soon introduce a fashion-focused Inspiration over-the-ear headphone line ($279.95) in white and metallic finishes with interchangeable headbands ($29.95), and new in-ear Gratitude ($229.95) range co-designed by Earth, Wind & Fire.

But from Section 8’s Tupac- and Notorious BIG-branded Signature headphones ($99.99, with additional licensed gear featuring Michael Jackson, Aerosmith and Lil Wayne planned) to Audio-Technica’s ATH-CKS55i bass-boosted models ($79.95, coming in March), make no mistake. Battle for control of the ear canal is fiercer than ever, as dozens of companies fight it out in every category from sports and fitness (Coby, KOSS, etc.) to music listening (Skullcandy, Spider, etc.) and gaming (Turtle Beach, AfterShokz, etc.). Note that while some such as ClarityOne claim patented sound processors and distortion-reducing advances as selling points, others like 50 Cent‘s SMS Audio are hawking style and branding as big differentiators. The key takeaway here: Personal listening technology continues to advance, but for the moment, most manufacturers are hoping to impress, and justify bigger price tags, by giving otherwise textbook hardware an extreme makeover.

Dolby, which hosted a guest appearance by LL Cool J (around to promote his Boomdizzle virtual music recording studio and social network, on which emerging artists can collaborate), hopes to upgrade its image, too. According to a company spokesman, having “become synonymous with audio in the television and movie business,” the next great frontier for the storied stereo sound pioneer will be smartphones, tablets and online services. Now pushing its Dolby Digital Plus sound codec, designed to coax optimum aural performance from online solutions (e.g. video on-demand solution HBO Go for Internet-ready home A/V gear), connected devices are clearly top of mind.

As ever, high-tech acoustic equipment will be available at every end of the cost spectrum. For example, on the high end market, manufacturer Sennheiser hopes listeners will be tempted to invest in its HD 700 stereo headphones, which will retail at around $1000. Claiming that units’ uniquely-shaped design and curvature minimize distortion while providing a more organic listening experience, it’s unknown whether they’ll be accompanied by the sound of cheers or Benjamins idly going up in flames. By contrast, Roku, a provider of streaming hardware that lets you summon multimedia distractions onto your TV on-demand, is instead positioning its latest invention, the Roku Streaming Stick, as a more affordable, entry-level acoustic solution. Selling for between $50 and $100, the USB flash-drive-like device plugs right into HDTVs, letting owners access online music services such as Pandora, MOG and Radio or stream movies via Netflix with minimal setup. Happily, if you look hard enough, you’ll even find promising outings in that muddy no man’s land, where the listeners too frugal to splurge but too choosy for plastic knockoffs do their shopping. Options include increasingly affordable A/V equipment like Haier’s plug-and-play 3D soundbar ($399) and Philips or Boston Acoustics’ surround sound home theater in a box ($499) systems.

Computer and Internet junkies will also be pleased to note that networked storage, long a favorite with fans of wireless streaming music, is quickly gaining momentum amongst manufacturers as well. D-Link’s high-speed, dual bandwidth Amplifi HD Media Router 3000, which allows for remote online sharing of data from attached SD cards and USB devices, should be available by month’s end for under $200. Netgear is also introducing the WNDR4700 Media Storage Router this summer, packing 2TB of storage space (optionally upgradable) with multiple USB 3.0 ports and support for downloadable applications, for home networking enthusiasts. Still, if enjoying your complete digital collection of Rush albums anytime, anywhere is a pressing concern, the Seagate Personal Server 4G LTE Wi-Fi may be of interest as well. A prototype that pairs a high-speed 4G mobile hotspot with the option to expand portable devices’ storage ceiling by hundreds of gigabytes, it may come in handy for those who refuse to leave  their ginormous music and movie libraries behind.

Whether tuning in via PC or tablet, listening in the car or living room, it’s clear that there is no escaping technology’s merciless advance. Happily, as more and more electronics makers are underscoring, keeping up with progress doesn’t have to be a buzzkill when it comes with such a catchy background beat.