In 1974, Dennis Rader – who would later be better known as the Bind, Torture, Kill, or BTK Killer – stalked and murdered a family of four in their home in Wichita, Kansas. These were the first of 10 murders over three decades, which came to a climactic end in 2005, when a cat-and-mouse game with the police resulted in his arrest. In her new book, Confession of a Serial Killer: The Untold Story of Dennis Rader, the BTK Killer, forensic psychologist Dr. Katherine Ramsland pieces together how this hard-working church council president and dedicated family man developed a gruesome parallel life.

Over the last six years, Dr. Ramsland exchanged letters and phone calls with Rader from his cell in a Kansas maximum security prison, where he’s serving 10 consecutive life sentences. They developed a code – a “codex” as he preferred to call it – to safely write about his victims, his methodology and his expansive fantasy life that led him to commit these murders. The result was what she calls a “guided autobiography” – allowing Rader to reveal himself in his own words. Here, the most striking things we learned.

Is This Indiana Woman a Serial Killer?

The codes he chose revealed his “innermost fantasies”
Early in their correspondence, Dr. Ramsland asked Rader to describe one of his torture fantasies. Instead, she received a 14-page letter with a thick packet filled with newspaper clippings, photographs and recipes, all marked with individual letters. It was accompanied by a key to help decipher his clues. “This collection of writings and clippings offered a glimpse into Rader’s mind,” she wrote. “It was his way of retaining control, playing word games with curious guards and feeling as if he were still important enough to hide his secrets.” Ultimately, the code helped to reveal some of his “innermost fantasies.” He fixated on anything bound or knotted. He loved abandoned silos and referred to them as castles, fantasizing about torturing women within them. He loved the number three. He referred to books about murders that he found titillating and the farm cats that he hanged or strangled when he was a child. And most importantly, he created the image of himself as a hunter or predator.

He called the serial killer inside him “The Minotaur”
Like many serial killers, Rader compartmentalized his life into “cubes,” as he called it. He drew a distinct line between his normal life, and the times when he “went dark.” As a kid, the sight of chickens waiting to be slaughtered aroused him. Later, he fantasized about tying women down onto train tracks, and masturbated to his father’s book about the Lonely Hearts Killer. All of these traits belonged to “The Minotaur,” his personification of the sexual impulses and violent tendencies that made a serial killer. He argues that he started out as a “white hat,” but was periodically dragged to the dark side. That divide was apparent even in the way that he wrote his letters. “Most of the correspondence was boring, daily log kind of stuff,” says Dr. Ramsland, “and all of the sudden you can feel that you’re suddenly in ‘minotaur’ territory. It’s almost like you’re paddling at the surface of the water and suddenly something pulls you down.” 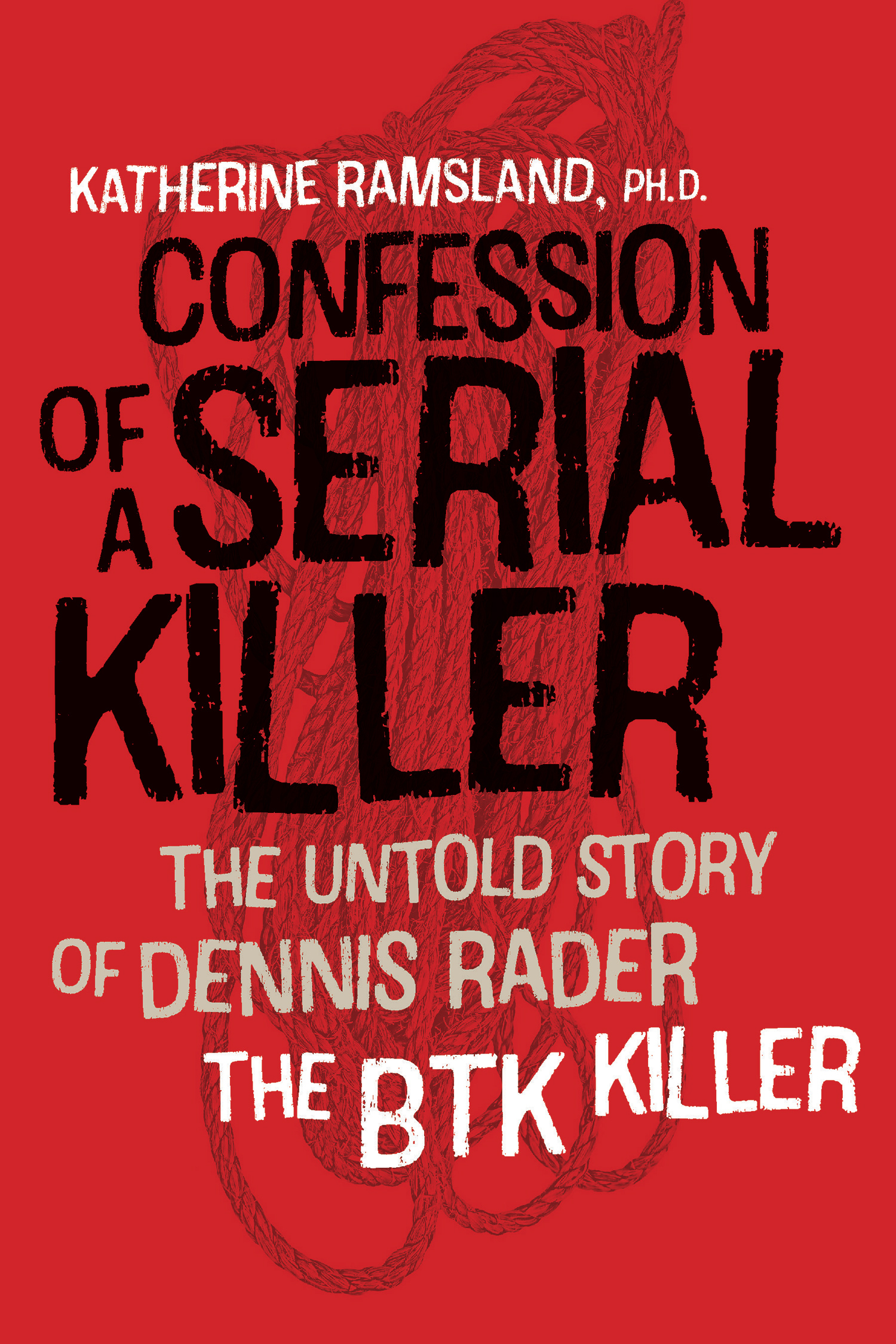 Rader’s murders were the climax to his expansive fantasy life
His letters laid bare a lifetime of sexual fantasy. Early on, he started cutting out “Slick Ads,” female figures from magazine advertisements. He drew ropes and gags on the pictures and pasted them onto 3×5 index cards that he could carry around with him. He also described his preferred masturbation practices, “motel parties”: alone in a motel room, he would bind his wrists and ankles, cover his head with a bag and restrict his breathing, much like he did to his victims. In a way, Rader’s murders were the climax to his expansive fantasy life. Whenever he referred to something that he found particularly sexually arousing – getting spanked as a child, or the image of a helpless woman bound and gagged – he called it “Sparky Big Time,” and called sexual gratification the “Big G.” However, while the semen he left behind at several of the crime scenes ultimately aided his capture, he never had sex with any of his victims.

He kept keepsakes from his murders in “Hidey Holes” throughout Wichita
Part of Rader’s fantasies revolved around women’s lingerie – ideally, satin lingerie that belonged to his victims. At every victim’s home, he took the time to rummage through the house, stealing jewelry, IDs, underwear and other trinkets. He kept them in hiding places throughout the county, some in his home and church, others buried or taped to bridges. He called them “hidey holes,” and while investigators uncovered many of the souvenirs he took from his victims, even Rader doesn’t remember exactly where all of them are anymore.

He imagined himself as a spy-like character with a secret identity
Media played a vital role in Rader’s conception of the Minotaur. First, the coverage of other serial killers – which gave him role models in murders like Ted Bundy and Jack the Ripper – and a desire to achieve their level of recognition and notoriety. Second were the true crime and detective magazines of the 1950s and 1960s. “That’s when he was forming into a sexual being,” says Dr. Ramsland. “He’s reading stories about guys who have control over their victims and see the terror on their faces. That was already part of his fantasy and now he’s got the media confirming it.” He created a distinct, almost professional language around his murders. His victims were “projects.” A murder was “a hit.” And the act of killing someone was “putting them down.” His narcissistic personality lead to him imagine himself “as kind of a spy,” says Dr. Ramsland, which contributed both to his need for secrecy and layers” in their communication, and his sense of invulnerability, which eventually led to his capture.

He wanted Dr. Ramsland to discover his “Factor X”
Rader worked with Dr. Ramsland because he wanted her to uncover the thing inside him that made him “go dark,” an element that he calls “Factor X.” But like most serial killers who talk to the press, “he doesn’t like that it wasn’t that hard. He wants it to be this intense, deep mystery that no one will ever quite access.” So instead, she helped him pick himself apart. They watched documentaries and read analyses of other serial killers, to try to give him the vocabulary and frame of reference to create his “guided biography,” that walks us through his childhood fears and titillations, his sexual obsessions, the red flags that revealed his violent and narcissistic behavior.

For her part, Dr. Ramsland is confident that “Factor X” is less of a mystery than Rader imagines. “I call it the trajectory toward violence,” she explains. It’s the combination of his unique sexual impulses, desire for fame, and delusions of a spy-like double life, she says, intersecting with his fantasy life and, most practically, the opportunity to commit the murders. Crucial, though, was that first family of four. “When the first incident occurred,” she says, “he might have decided that it really wasn’t all it’s cracked up to be, and thought ‘I don’t think I’ll do this again.’ But instead, it was highly exciting.” That ensured that he would kill again. “I don’t think he told me everything,” she says, “and I don’t think he always told me the truth. But I think I got Rader pretty well.”