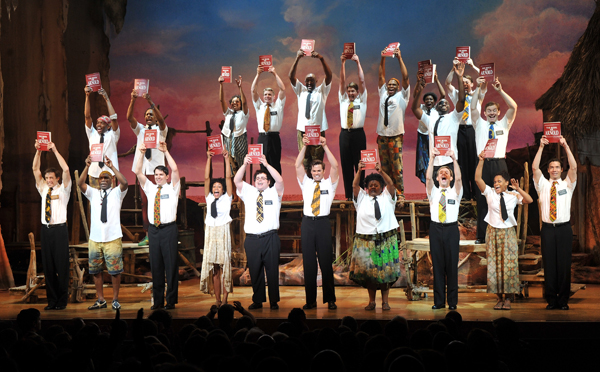 This new deal may create some complications for Rannells, who has signed on to star in a new NBC series about a gay couple and their surrogate mother, which is being developed by Glee and American Horror Story creator Ryan Murphy. "The producers said they would release the location of where they are holding my family if I resigned. I love my family and want to see them returned safely. So here I am," Rannells joked in a statement regarding the contract extension.