The violent, shocking murder of legendary Italian fashion designer Gianni Versace at his home in Miami Beach, Florida, in July 1997 remains one of the most mysterious crimes of the decade. Known for his mastery of skintight fabrics, cleavage-enhancing silhouettes and dangerously high-cut slits, to be dressed in one of Versace’s creations was a milestone for any would-be bombshell of the era. His professional and personal aesthetic was one of over-the-top decadence, unapologetic luxury and sensory indulgence, the embodiment of the elite fashion world he inhabited at its most fantastical, frivolous and fun. But Versace was also a trailblazer in his personal life, boldly coming out of the closet in the 1980s at a time when many gay celebrities – fashion designers included – were still in the closet. When Versace was shot twice on the front steps of his lavish mansion by Andrew Cunanan, the party was suddenly over and his loss was felt across the world.

The second season of Ryan Murphy’s hit anthology series American Crime Story revisits this sensational crime and the mysterious backstory of spree killer Andrew Cunanan, who killed four men before Versace. Like the critically acclaimed first season, The People Vs. O.J. Simpson, the dramatization features a stellar cast donning over-the-top costumes that capture the “heat and sizzle” of late-20th century Miami. Look-a-like Edgar Ramirez plays Versace, singer Ricky Martin returns to acting as his longtime love, Antonio D’Amico, Glee‘s Darren Criss is almost unrecognizable as Cunanan and Penelope Cruz takes on her most iconic role ever as Versace’s beloved sister, muse and design partner Donatella. Originally slated to be the series’s third season, The Assassination of Gianni Versace was flip-flopped with the planned second season about Hurricane Katrina, due to production delays. But if Versace’s loved ones had their way, there might not be a series at all.

Calling the show “a work of fiction,” the Versace family released two statements this month, saying they did not authorize or have any involvement in its creation, and condemned the book on which the series is based. Vulgar Favors: Andrew Cunanan, Gianni Versace, and the Largest Failed Manhunt in U.S. History, written by Vanity Fair journalist Maureen Orth, is, according to the Versace family, a “sensational story” that is “full of gossip and speculation.” On one hand, their reaction is unsurprising, as many in Versace’s family and inner circle had refused to be interviewed and resisted the publication of Orth’s book in 1999. On the other, Donatella quite explicitly gave her blessing to Murphy back in 2017, when the project was first announced. Perhaps the Versace family only just realized the degree to which Murphy’s script relies on Vulgar Favors. Either way, here’s the real story behind Ryan Murphy’s latest historical deep-dive. 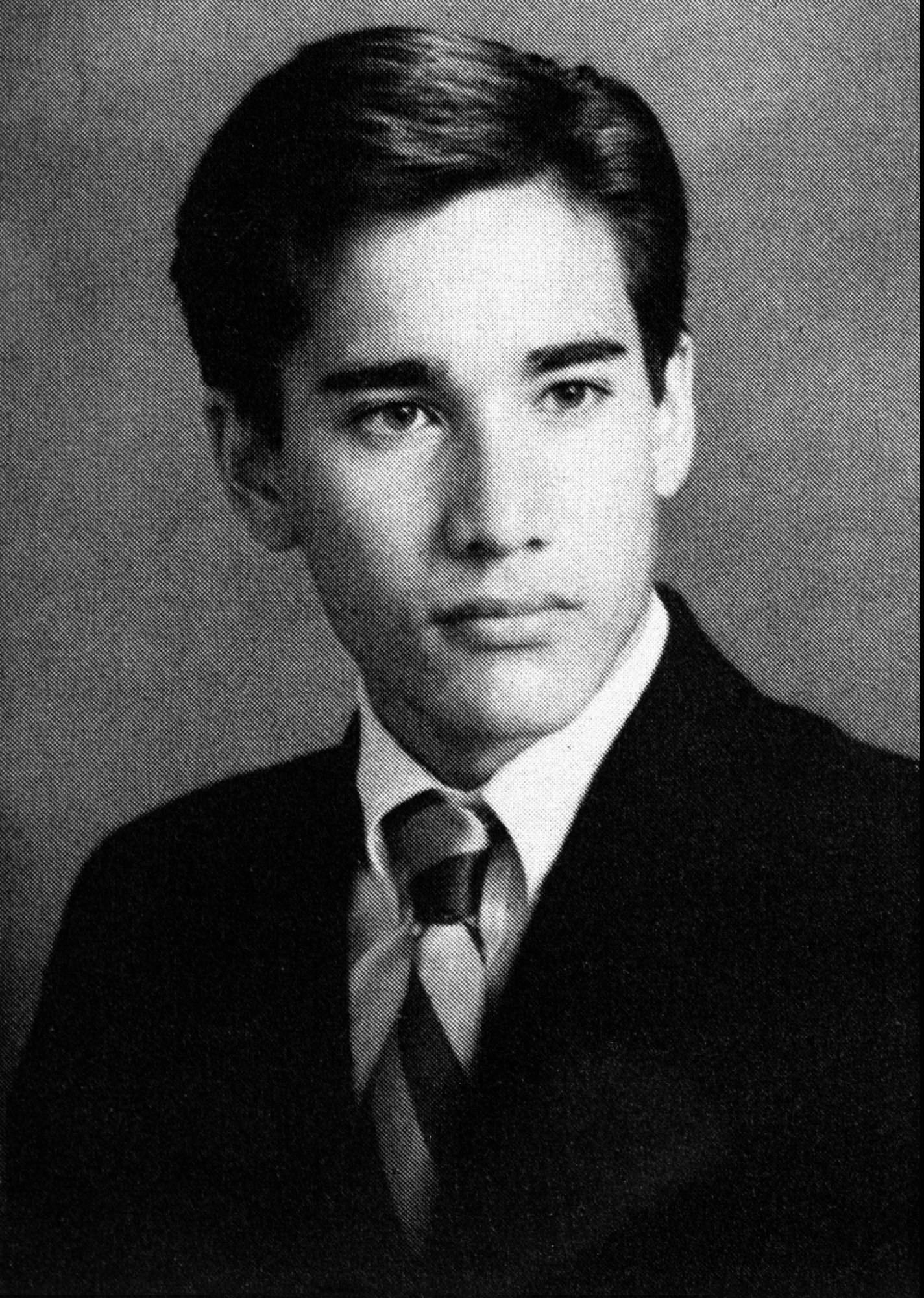 According to those who knew him, Cunanan’s resentments seemed mostly to be fixated on class and status. By all accounts, Cunanan wasn’t in the closet, and was a regular fixture at gay bars and clubs in his hometown of San Diego, California. Cunanan came from a working class background and often didn’t have a job, yet he was known for being “very pretentious,” a “big spender and an even bigger talker.”

“He would walk in with an entourage and always pay for the bill,” one friend told 48 Hours. “He wanted the illusion that it was his money.”

It wasn’t. Cunanan reportedly dated much older, wealthier men who bankrolled his lifestyle and introduced him to high-powered social circles that would otherwise be off-limits. According to Vulgar Favors, this is how Versace and Cunanan first met, albeit briefly, at a party in San Francisco seven years before the murder. (Donatella Versace, for what it’s worth, denies that her brother ever met Cunanan.)

It’s still not entirely clear what triggered Cunanan’s two-week-long cross-country killing spree which precipitated Versace’s murder and claimed four other victims. But friends have since suggested that Cunanan had recently been dumped by his older boyfriend, leaving him without money or a posh place to live. He’d put on weight, and was allegedly dabbling in drugs. Then, out of the blue, in late April 1997, Cunanan bought a one-way ticket to Minneapolis, where he would begin his killing spree. His first victim was Jeff Trail, a friend and former military serviceman, who was found beaten to death with a hammer in an apartment on April 27th. The apartment belonged to David Madsen, with whom Cunanan had once had a fling. Madsen was Cunanan’s second victim; his body washed ashore about an hour away not long after. He had been shot in the head.

Cunanan drove Madsen’s car to Chicago, where he claimed his third victim, real estate developer Lee Miglin, who was found stabbed and tortured to death in his mansion on May 4th. After swapping Madsen’s car for Miglin’s Lexus, Cunanan headed for New Jersey, where he fatally shot his fourth victim, chosen seemingly at random. William Reese’s body was found inside Miglin’s stolen Lexus on May 9th, parked at the New Jersey cemetery where Reese worked. By then, Cunanan was on way to Miami Beach, behind the wheel of Reese’s red pickup. He wouldn’t kill again for another two months.

Cunanan did not cover his tracks well, and left behind ample evidence at each of the crime scenes, and it wasn’t long before he was identified and a nationwide manhunt began. The FBI was involved and Cunanan was featured on America’s Most Wanted, yet he managed to evade capture, even as he used his own name to pawn stolen items and made appearances on the Miami social scene. Those involved with The Assassination of Gianni Versace have suggested that homophobia, particularly within law enforcement, decreased the urgency of the investigation, as if a gay man who kills other gay men was considered less of a threat worth prioritizing than the average heterosexual spree killer.

“The underlying subject is homophobia and how homophobia killed him,” star Edgar Ramirez told the Associated Press. “That’s something that comes up over and over when we look into the investigation. … Cunanan was on the news every night, on the most-wanted list, and for some reason all the law enforcement authorities couldn’t get him.”

All the while, Cunanan was reportedly relishing being in the spotlight, but with four murders under his belt, life as he knew it would be over soon enough. Those familiar with the case believe that Cunanan went to Miami with a plan, having set his sights on killing someone whose death would cement his own name in history. Gianni Versace represented everything Cunanan wanted to be: rich, famous and adored.

Versace, meanwhile, had been in Europe putting the finishing touches on his latest collection, and was blissfully ignorant of the manhunt going on back in the U.S. He and D’Amico planned to spend the summer relaxing at their Miami Beach retreat, and had only been in town for five days when Cunanan put his plan into motion.

At around 8 a.m. on July 15th, Versace – who had run out to purchase magazines from a nearby cafe — was about to unlock the front gate to Casa Casuarina when Cunanan approached and shot him twice, at point blank range, first in the face and then in his neck, killing him instantly. Cunanan vanished just as quickly as he appeared, though a witness attempted a pursuit. It didn’t take long for police to locate the stolen red truck, which had Cunanan’s clothes and identification inside. For the next nine days, Cunanan remained illusive. 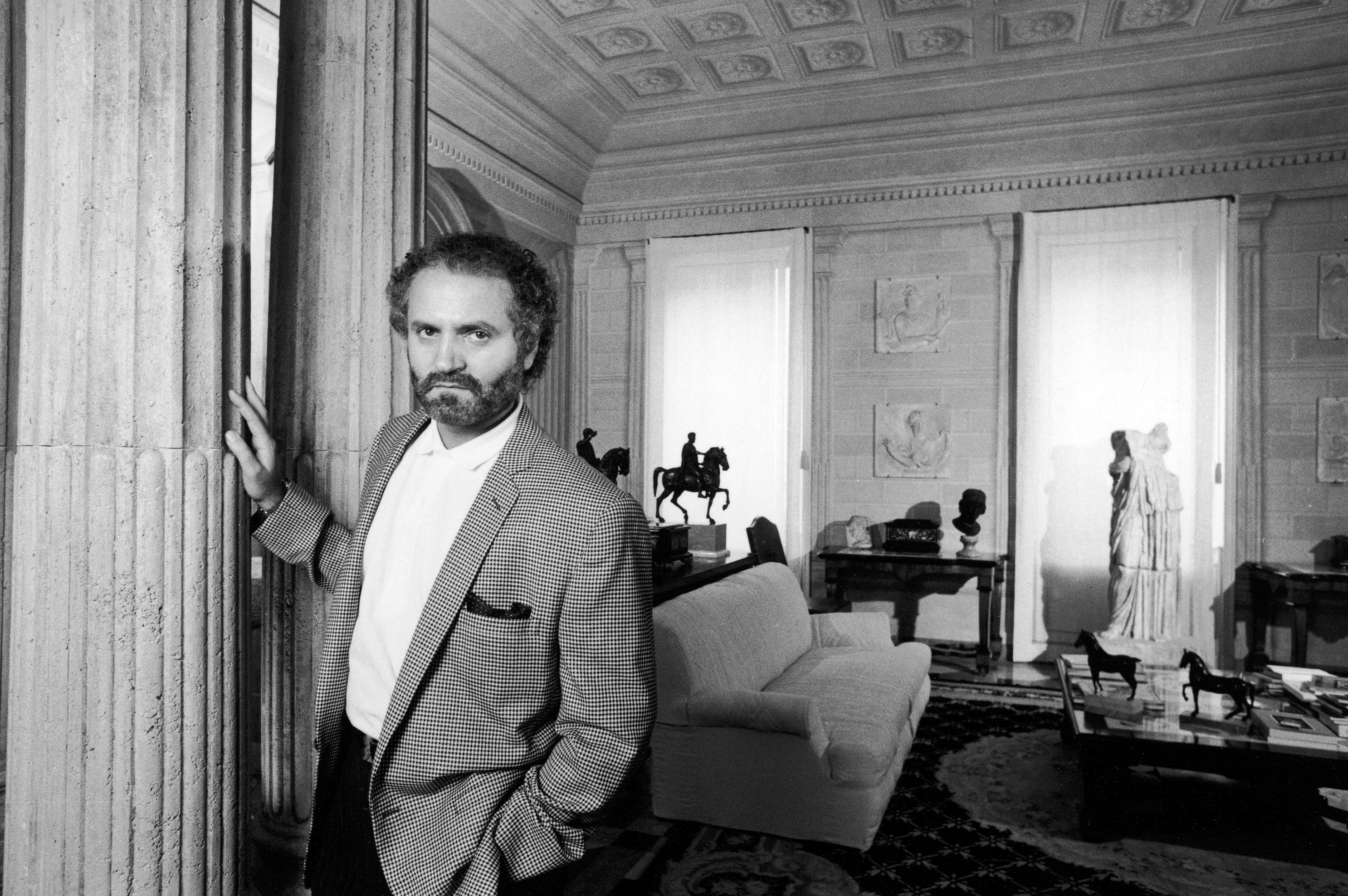 The following day, on July 23rd, Cunanan, who had broken into a houseboat just a few miles away from Casa Casuarina, committed suicide with the same gun he used to kill Madsen, Reese and Versace. He did not leave a suicide note, nor any clues that might help explain the brutality of his actions. While some questions have been answered in the over 20 years since – and The Assassination of Gianni Versace aims to illuminate the broader cultural context in which the murders occurred – Cunanan will forever remain one of the most puzzling killers in crime history.