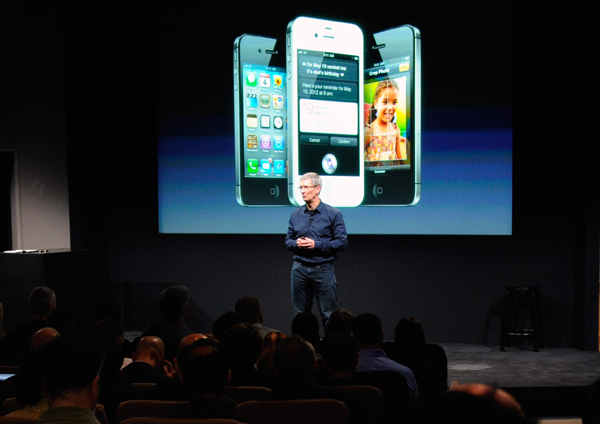 Apple is worth more than the entire economies of Singapore and Denmark, but the tech company’s just-released holiday quarter earnings – the first to be reported since the death of Steve Jobs – still blew away even the most optimistic fiscal analysts.

Today, Apple reported that total sales of their iGadgets went up a stunning 73 percent, bringing in over $46 billion for the Cupertino, California-based company. Sales for both the iPhone and the iPad rose by over 100 percent. For the first time ever, the iPad outsold the smaller and cheaper iPod, whose sales dropped down 23 percent to a still-solid 15 million units. Earnings per share for the world’s most valuable tech company went up over 115 percent.

“We’re thrilled with our outstanding results and record-breaking sales of iPhones, iPads and Macs,” CEO Tim Cook said in a statement. “Apple’s momentum is incredibly strong, and we have some amazing new products in the pipeline.”

The glowing sales figures made Apple shares perk up another 9 percent in after-hours trading. Apple is now worth more than every home in Atlanta combined, and a single Apple store is worth more than the White House.

The report was a hard pill to swallow for critics who were once weary of Apple’s winning streak. Some cited a lackluster reception to the iPhone 4S in October 2011 (many expected a fifth-generation model) and formidable competition in the tablet market brought on by Amazon’s Fire.