In October 1967, as the first issue of Rolling Stone was going to press, the magazine’s small staff learned some stunning news: Members of the Grateful Dead had been busted for weed at their communal house in Haight-Ashbury, just a few miles from the magazine’s San Francisco office. “It was really weird,” recalls chief photographer Baron Wolman. “The bail-bonds office was around the corner from the office, so I went there and found them posting bail.” Founder and editor Jann S. Wenner told Wolman to snap a shot of the band, and Wenner wrote the accompanying story for the first issue, describing eight narcotics agents who “carried no warrant and broke in the front door even after being denied entry.”

By then, rock & roll and drugs had become inseparable. The Beatles and Bob Dylan sang or spoke of the creative freedom that sprang from experimenting with psychedelics; fans rolled joints on LP covers and got high to
Sgt. Pepper’s Lonely Hearts Club Band and Blonde on Blonde. Not surprisingly, drug coverage became part of the magazine’s beat from the start. “Rolling Stone came out of the drug culture,” says Wenner. “This was an issue that related to our mission to cover youth culture and the baby-boomer generation.”

One early cover promised “forty pages full of dope, sex & cheap thrills.” A “Dope Pages” section offered advice and news, like early efforts at pot legalization in Canada. The fifth issue advertised a roguish gift for subscribers: a roach clip. (“This handy little device can be yours free! Act now before this offer is made illegal!”) Within the magazine’s pages, rockers felt free to talk about pot – or light up – during interviews. “Rolling Stone was one of the first places where people openly admitted to smoking marijuana,” says Robert Greenfield, who was then associate editor at the magazine’s London bureau and later scored a rare interview with LSD king and sonic technician Owsley Stanley. “People like Timothy Leary were going to jail for pot. But here were people in Rolling Stone willing to talk about getting high, which was pretty courageous at the time.”

But the magazine’s drug reportage wasn’t always lighthearted. “We wanted to cover it responsibly,” says Wenner. “We should be forthright about how much fun it is, but also about the dangers.” Based on questionnaires supplied to U.S. troops stationed around the world, associate editor Charles Perry’s 1968 cover story “Is This Any Way to Run the Army – Stoned?” explored the use of weed by soldiers in Vietnam. “The Army has taken hundreds of thousands of students out of school and plopped them into what seems like a marijuana-heaven on earth,” Perry wrote. “In Vietnam, you can buy marijuana already processed into cigarette form, packaged 10 to the pack (200 to the carton), and a pack costs a dollar.” 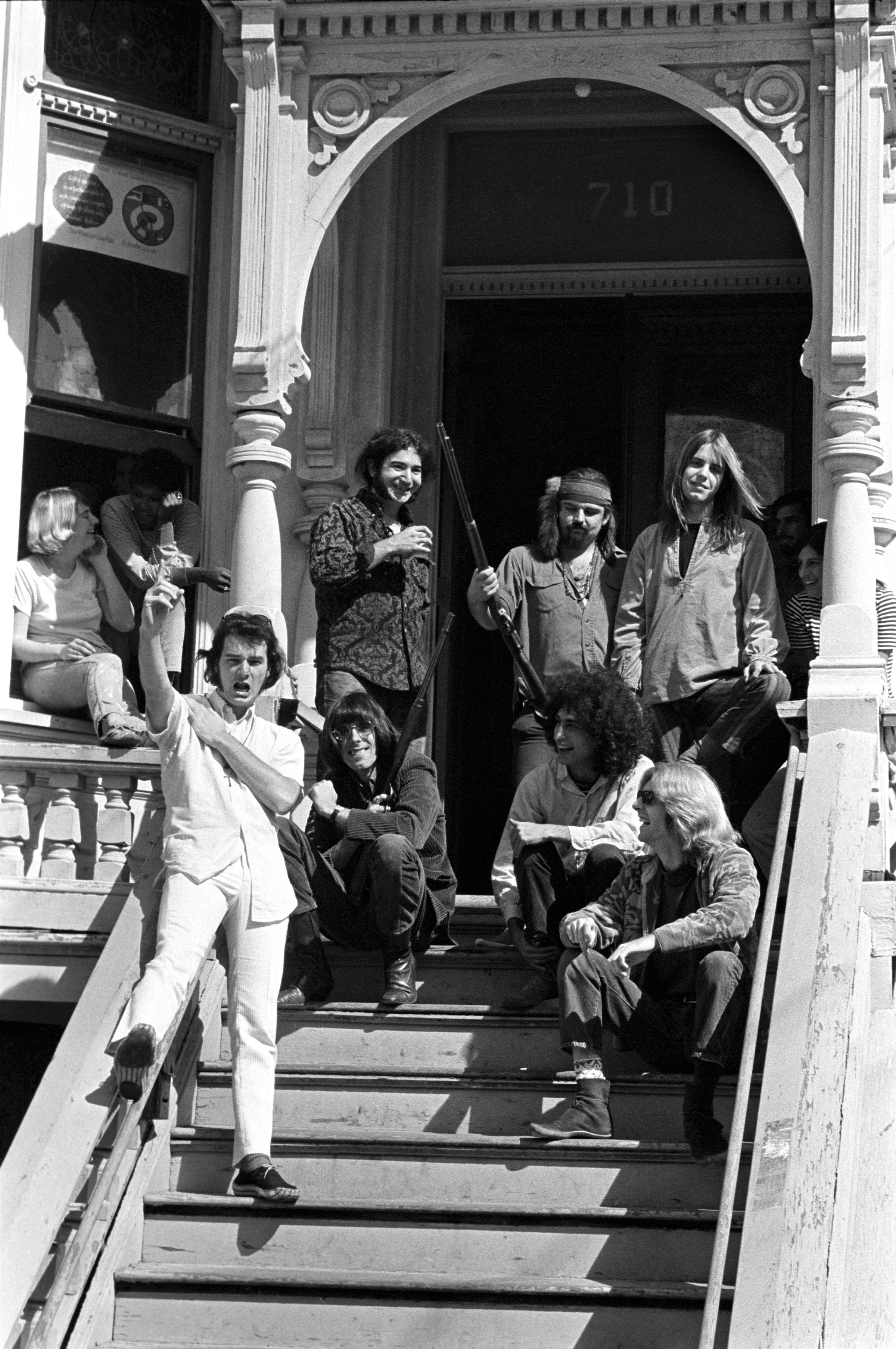 Back home, the Nixon administration was launching a second war – on the nation’s own citizens. In 1971, the president declared a “full-scale attack on the problem of drug abuse in America,” and established the Drug Enforcement Administration. In a two-part 1972 story, “The Strange Case of the Hippie Mafia,” staff writer Joe Eszterhas uncovered the recurring harassment of the Brotherhood of Eternal Love, a California hippie community treated by local prosecutors like a “denim Cosa Nostra.” (One bust netted only a scale, a letter that “talked about an individual using marijuana” and a “roach clip containing marijuana residue.”) “The country was completely polarized, and the Brotherhood became an example of that polarization in front-line terms,” says Eszterhas. “In those years in Laguna Beach, there was a kind of war between the straight residents and the people with long hair – and it was deadly, and occasionally lethally, serious.”

The magazine also launched investigations into the darkest corners of abuse, including reports on the rise of cocaine, heroin and Quaaludes. “We were consistent in covering the downsides of it,” Wenner says. “Early on, we took the position that harder drugs were bad.” In a harrowing 1980 account of the spread of freebasing, Perry described how one base-head “became convinced he could see ‘black antibodies’ in his muscle tissue forcing dangerous white worms out of his skin. He examined the antibodies and worms with a thirty-power microscope and, with a needle and tweezers, began removing the ‘worms’ from his flesh and put them in vials for documentation.” Anthony Haden-Guest’s 1983 article “The Young, the Rich and Heroin” painted a bleak portrait of the rise of smack in Ronald Reagan’s money-encrusted Eighties. 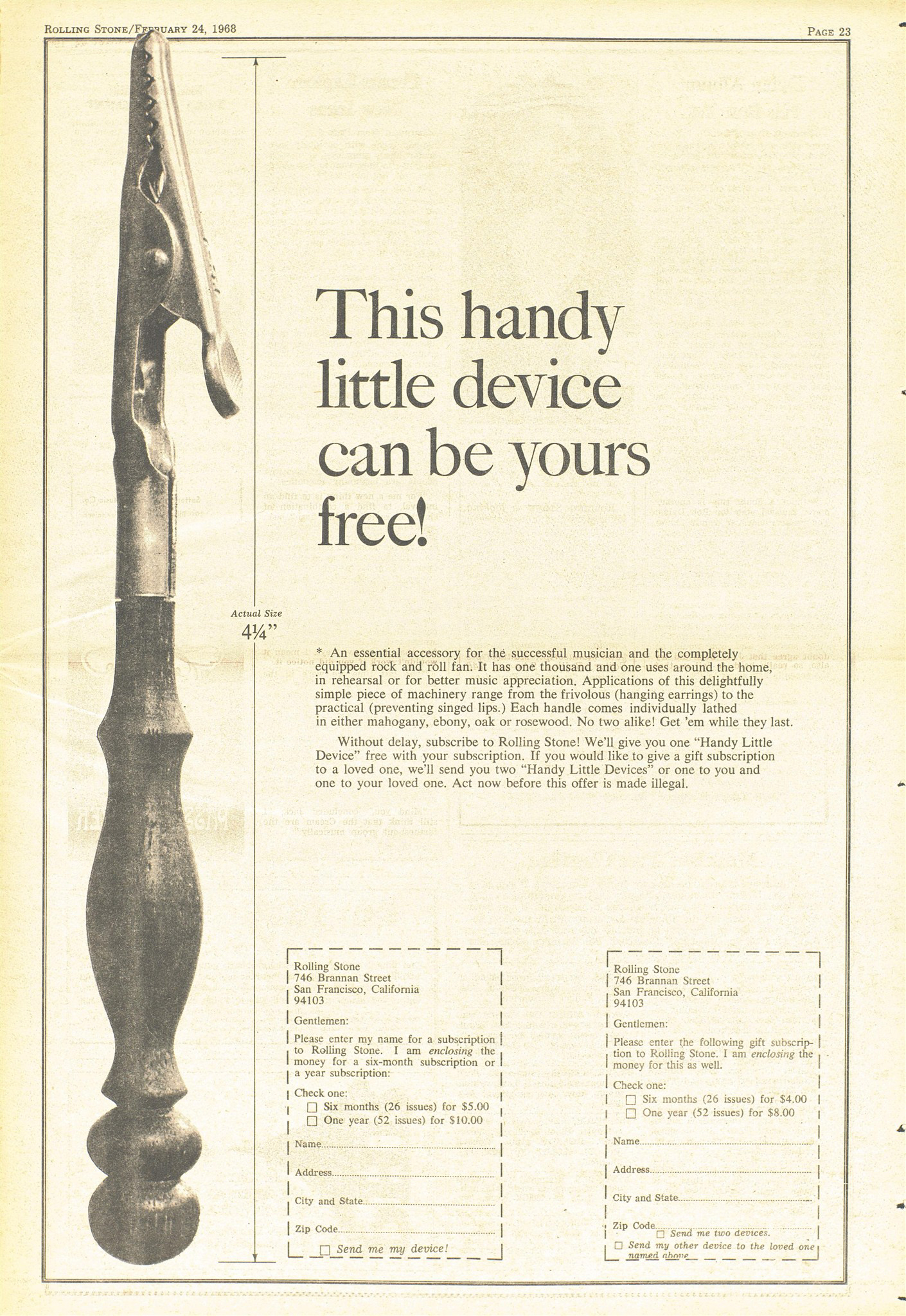 A year earlier, Reagan had revamped the War on Drugs. His Anti-Drug Abuse Act of 1986 instituted a new set of mandatory minimum sentences, including major discrepancies in federal charges for crack and cocaine possession. Over the next decade, the number of people imprisoned for drug offenses jumped sixfold, to nearly 300,000. In a 1990 editorial, Wenner dubbed the War on Drugs “Our Next Vietnam,” writing that “despite decades of interdiction and enforcement efforts that have cost billions of dollars, there are more drugs and more blood on the streets than ever before.” Mike Sager’s 1992 exposé “The Case of Gary Fannon” told of an 18-year-old Michigan kid sentenced to life in prison for arranging a cocaine deal with an undercover cop. The magazine openly advocated for Fannon’s release; in 1996, a court ruling found his arrest amounted to entrapment.

For a special issue in 1994, Wenner enlisted Ethan Nadelmann, the founder of the Drug Policy Alliance, to co-write the cover story, which called for “a new drug policy” that would decriminalize small amounts of weed and “stop filling our prisons with petty dealers and unlucky users.” “It was a big deal to make it a special issue on policy,” says Nadelmann, noting the cover was dominated by a stark drugs in america headline. “Here’s a publication famous for its coverage of arts and music not putting a celebrity on the cover but words about the drug war.”

Spanning 15,000 words, Benjamin Wallace-Wells’ 2007 article “How America Lost the War on Drugs” chronicled 35 years of massive fiscal waste, making particular note of the $12 billion-a-year excesses under George H.W. Bush: “Fighter jets to take on the Colombian trafficking cartels, Navy submarines to chase cocaine-smuggling boats in the Caribbean. . . . America would vanquish its foe with torpedoes and F-16s.” Still, as contributing editor Tim Dickinson pointed out in last year’s “Why America Can’t Quit the Drug War,” “the deeper infrastructure of the War on Drugs remains fundamentally unaltered under Obama,” who, among other things, increased spending on drug enforcement. Says Dickinson, “We’ve never been afraid to point out how fucking stupid the War on Drugs has been.” 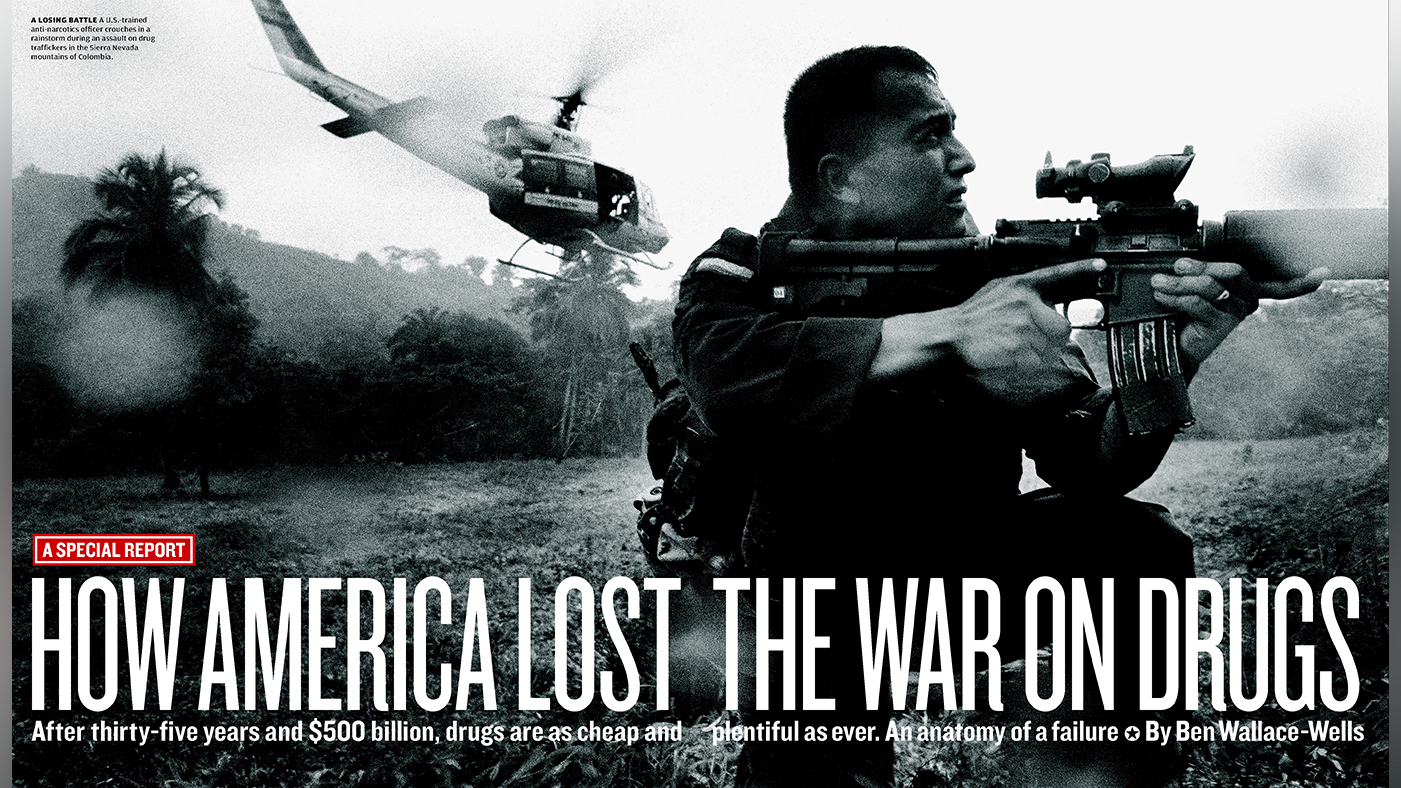 Dickinson also recalls how medical marijuana was first greeted with raised eyebrows: “East Coast reporters thought anyone who wanted to use medical marijuana was just a hippie trying to pull one over on people.” But in 2010, Mark Binelli’s “Marijuanamerica” offered a sweeping look at how medical marijuana became an economic force, describing a “singular, transformative moment” for “an oddball combination of righteous outlaws and straight-up hustlers, conscientious dropouts and scary guys with guns, all of whom are now having to adapt their unique skill sets to an ever-shifting legal and economic landscape.”

Medical marijuana is now legal in 29 states, and eight
states and the District of Columbia allow recreational use as well. “It’s
a different world than the one we grew up in,” says Dickinson. “The
strip mall now has a Walgreens, a grocery store and a dispensary.” And
even as Donald Trump and his attorney general, Jeff Sessions, signal a desire
to return to the worst days of America’s drug war, Dickinson says, “We’re
watching where this is headed. We have to be vigilant.” As Wenner puts it,
“We’ve done our part, and our audience is with us.”