5 Things You Need to Know About Ebola - Rolling Stone
×
×

Somewhere in the American imagination, a few steps short of a full-on zombie apocalypse, lies the threat of an Ebola pandemic. And for the past several decades, that was basically where it stayed. But now, with the first widespread outbreak in Western Africa — the worst since the virus’ 1976 discovery — and the first patient to be diagnosed in the United States, what do we need to know?

When Ebola first surfaced in West Africa last summer, it was soon introduced to urban areas, and the infrastructure to control the budding epidemic simply wasn’t available. “They had small clinics that were quickly overrun by Ebola patients,” says Daniel Epstein, a spokesman for the World Health Organization. “And a lot of health workers got infected because they didn’t necessarily know that these patients had it.” The early symptoms of the virus — quick onset of fever, aches, pains, sometimes a sore throat — look an awful lot like malaria, a much more common (and less contagious) disease. Health care workers thought they knew what they were dealing with; by the time they realized it was Ebola, it was too late. “In one hospital,” notes Epstein, “there were 28 nurses treating Ebola patients. Twenty-five of them died.”

Americans should remember that the chances of their contracting Ebola are generally slim to none. The virus cannot be transmitted via air, and the risk of it becoming airborne is minimal. And patients are only contagious once they’re showing symptoms – so don’t worry about the perfectly healthy-looking people on the train next to you (though if they’re sweating and sneezing it might be time to change cars.) That being said, here are the five things you should know about the Ebola virus and the international response to this unprecedented situation:

1. The key to stopping the spread of Ebola isn’t closing borders — it’s keeping them open.
It may seem counterintuitive, but as both the WHO and the Center for Disease Control have noted, closing off borders would only hurt the situation. “We need to get people in and out of Liberia, Sierra Leone and Guinea if we have any hope of stopping the outbreak,” says Epstein. “Foreign medical teams, supplies, lab samples, all kinds of things.” Not only should countries not be isolated, villages with a large number of suspected Ebola cases shouldn’t be quarantined off, either. “It’s really hard to provide support and surveillance in communities that are quarantined,” says Dr. Vinay Gupta, a captain in the U.S. Air Force Medical Corps and fellow at Brigham & Women’s Hospital of Harvard Medical School. “When you’re quarantined, you’re really not effectively dispensing medical services. What they need is good public health control measures, and understanding of how the disease is transmitted.” 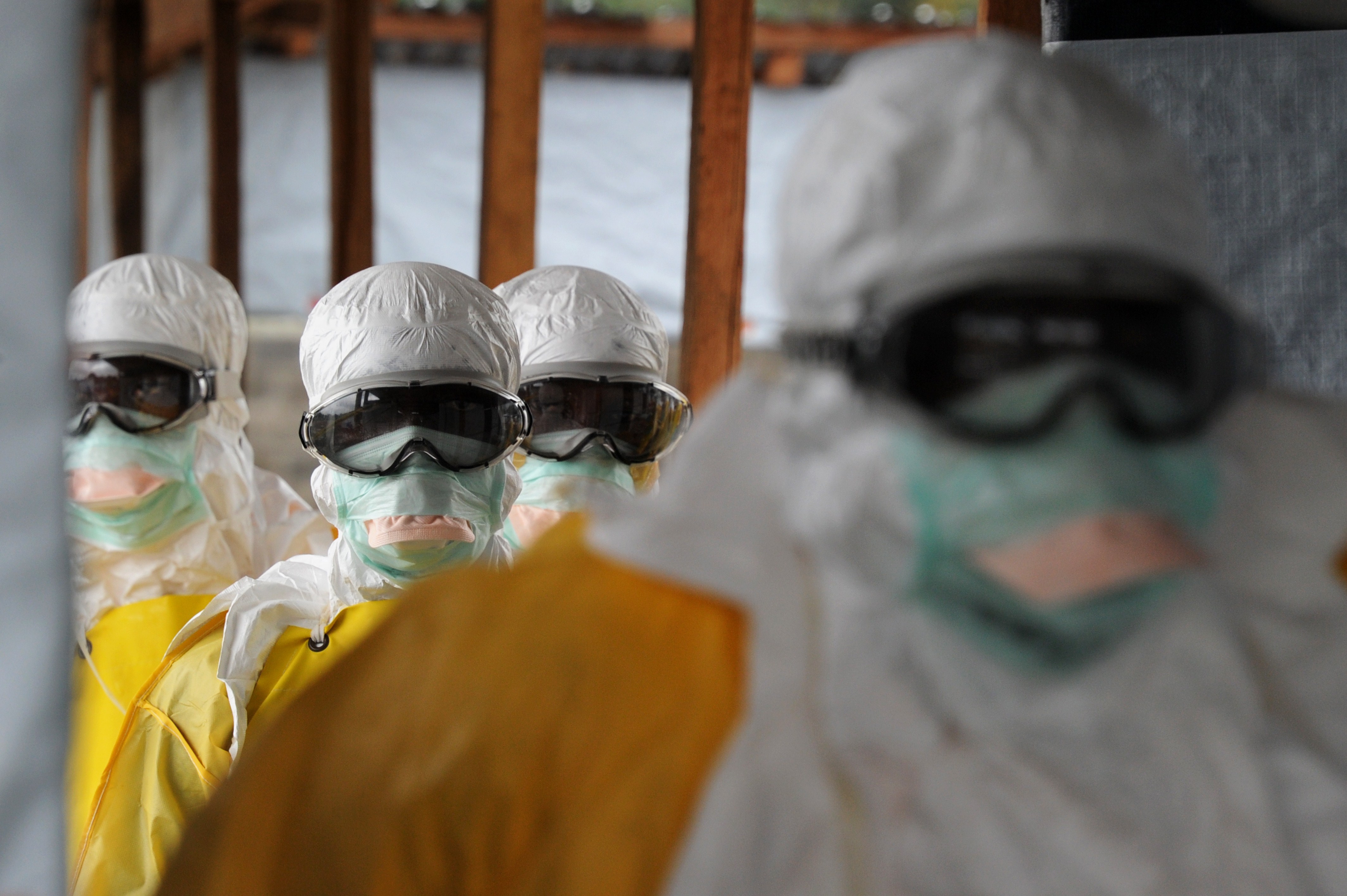 2. It’s not airborne, but that doesn’t mean just not touching someone who’s infected will keep you safe.
Unlike influenza or tuberculosis, Ebola isn’t transmitted through the air — it requires “meaningful exposure,” where a fluid from a symptomatic Ebola patient “breaks a body barrier,” explains to Dr. Gupta. It could be mucus, tears, urine, blood, vomit that not only touches the skin, but also enters into an orifice or a cut. So that means no high-fives or hugs, but otherwise you’re safe? “One thing to note,” says Dr. Gupta, “is that if you’re within three feet of somebody that’s infected, and they’re coughing, there’s a chance that you could come in contact with their sputum, which would be considered direct contact.” That’s the reason medical workers in the affected areas are dressed in hazmat suits: every mucus membrane surface on your body needs to be protected — when it comes to something as deadly as Ebola, which is now running about a 70 percent mortality rate, it’s better safe than sorry. “Those precautions are extremely hard for Liberian or Sierra Leonean physicians to replicate,” says Dr. Gupta, citing one of the reasons the disease spread so quickly in its first phases. “You can’t just put on a mask and a gown.”

3. Only the worst (fatal) cases get to the hemorrhagic end point, where internal and external bleeding occurs.
At its end point, as a patient nears mortality, Ebola will make your veins collapse, organs fail, and cause internal and external bleeding. Usually, about two to 10 days after a patient is exposed to Ebola and infected, that person will start exhibiting the first symptoms, the fever and aches that could be anything from a common cold to the flu to perhaps malaria. Even the second phase of symptoms could be misdiagnosed — vomiting, diarrhea, a rapid loss of fluid to the body. What’s truly terrifying is the third, hemorrhagic stage, where the body loses its ability to clot blood. “Typically speaking, even in the States, if somebody were to reach that stage, they’re pretty much far gone. There’s nothing you can do at that point.” While it’s not the only disease that will cause those gory symptoms (as Dr. Gupta explains, MRSA or a bad pneumonia can also cause the same septic shock that brings on this end-stage symptoms) what makes Ebola such a threat is how quickly it does it. “Other diseases might cause this to happen on a timescale on the order of maybe five to seven days,” says Dr. Gupta, “versus with Ebola, where it comes within a day or two.” 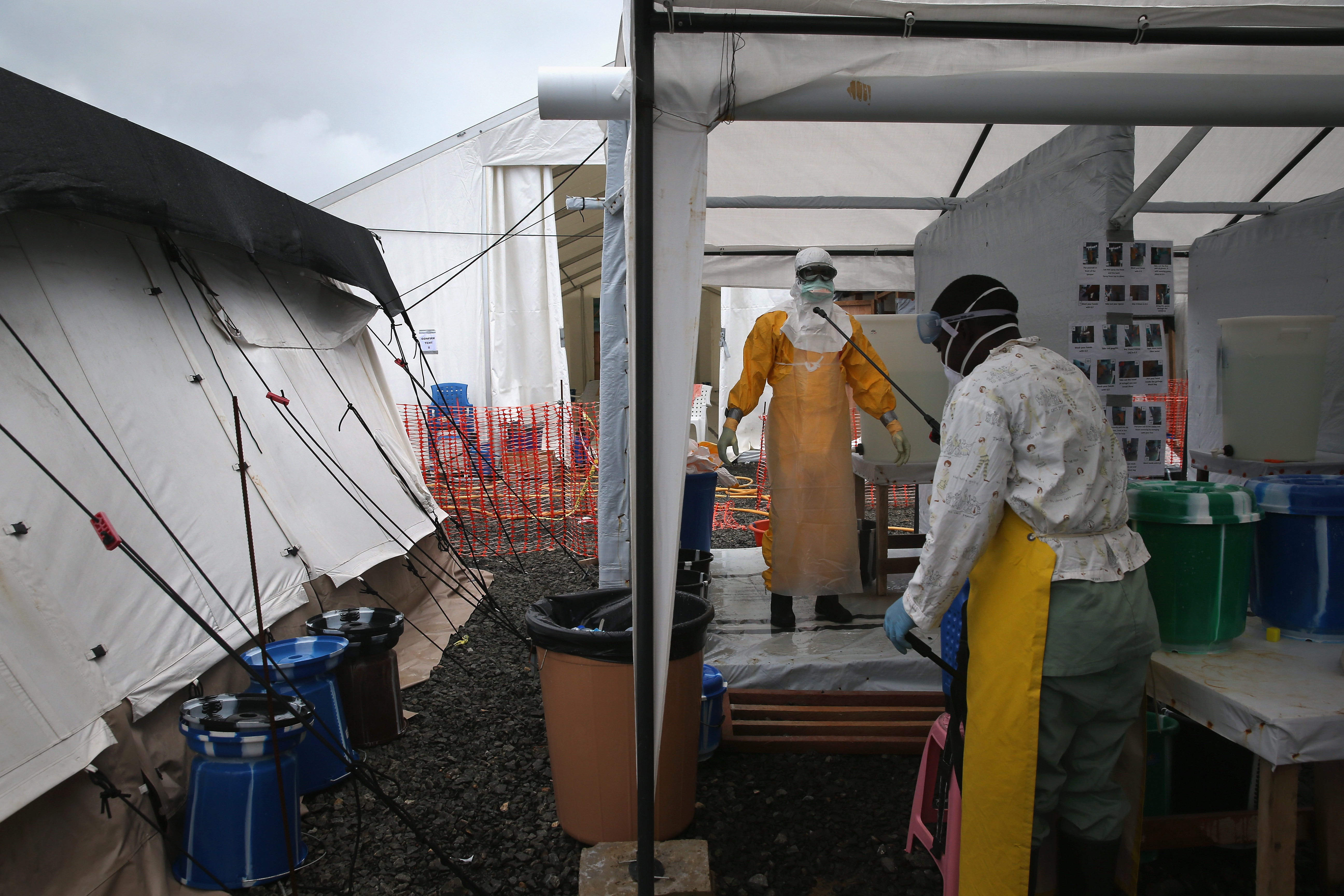 4. There are actually ways to help people that are infected, and the United States and global health community are ready to do it.
A typical Ebola case looks about like this: A few days after exposure and incubation, a patient starts showing symptoms — fever, headache, nausea. It goes from mild flu into vomiting and diarrhea either immediately or within just a day or so, and then if nothing is done, in one to three days it will develop into the hemorrhagic stage, when internal and external bleeding lead to a quick and painful end. But, as Dr. Gupta explains, there are some simple actions a doctor can take to help prevent that third stage from ever developing. “Since Ebola is a virus, there isn’t much you can do from an intervention standpoint — it’s purely supportive,” he says. In an ICU, doctors can watch their patients’ blood pressure, give them fluids they’re rapidly losing, basically monitor them until they’re in the clear. The problem in West Africa was a complete lack of ICU-level care — when basic things like IVs aren’t available, support measures become much harder. “That infrastructure is entirely lacking,” explains Dr. Gupta. “So there’s been a focus on building hospitals, building houses, and building latrines.”

5. Despite our best efforts, there’s still a lot we don’t know.
“We don’t have a clear sense, from a molecular level, why Ebola does what it does,” explains Dr. Gupta. “We see the end effects, and we see that it causes some very common clinical findings that we would see with severe disease. But we don’t know why, per se, it causes certain catalytic reactions in the body.” This, in part, is why a vaccine or a cure hasn’t been developed yet. This is true, adds the WHO’s Epstein, because there just hasn’t been much opportunity to study the disease. “Ebola has been limited to these isolated outbreaks in rural parts of Africa,” he says. “For example, we know that the hosts are thought to be fruit bats — but the route of infection? We know it has to do with their saliva, but we’re not 100 percent sure.” Until a treatment is found, the global health community is left simply supporting those infected with the disease. “Not everybody is going to have the classic Hollywood trajectory of disease,” says Dr. Gupta. “Frankly, that’s entirely avoidable.”