After two years of increasing representation in television, film, music and television, the far-right political backlash arrived in the form of over a dozen anti-LGBT bills filed in state legislatures throughout the country. North Carolina lawmakers passed their own anti-transgender “bathroom bill,” House Bill 2, in an emergency session this March, drawing nationwide attention to what was previously a non-issue: transgender people have been relieving themselves in the appropriate restrooms for decades without any need for legislative intervention. And while the country bickered over bathrooms, transgender people – particularly black transgender women – were murdered in record numbers for the second year in a row.

For that reason, it’s hard to muster up much optimism going into 2017 – especially when President-elect Donald Trump and Vice President-elect Mike Pence are selecting such an anti-LGBT cabinet. Still, this year saw remarkable resolve in the face of these heightened attacks on transgender rights. Here, the five best – and five worst – moments in a difficult year.

The Bad: Donald Trump and Mike Pence win the 2016 presidential election
The Clinton-Kaine and Trump-Pence tickets could not have been more different on transgender issues. In the summer of 2010 – years before transgender rights became a national talking point – then-Secretary of State Hillary Clinton changed the State Department’s policy for issuing updated passports to transgender people, removing the requirement that they must have surgery in order to change their gender markers. This year, she and Tim Kaine openly advocated for transgender rights throughout the campaign.

Meanwhile, Donald Trump chose the notoriously anti-LGBT Indiana governor Mike Pence as his running mate and flip-flopped on the question of transgender bathroom rights, first arguing that states should “leave it the way it is” in April and then endorsing North Carolina’s HB2 a few months later. Suffice it to say, the consequences of a Trump-Pence presidency could be dire for transgender Americans. Trump has already promised to sign the anti-LGBT First Amendment Defense Act,which would effectively legalize anti-LGBT discrimination in the name of religion, and a wide range of federal protections (including Clinton’s passport policy) could disappear practically overnight.

The Good: Transgender-themed web series Her Story gets an Emmy nomination and takes home a Gotham Award
The web series Her Story isn’t on HBO or Amazon or Netflix. But it did score a 2016 Emmy nomination in the Outstanding Short Form Comedy or Drama Series category and it snagged a Gotham Award. With its cast of queer and transgender actresses (Jen Richards, Laura Zak, Angelica Ross) and sharp writing, Her Story danced circles around the big-budget prestige shows that have tackled transgender issues in recent years.

Released for free on YouTube, Her Story follows two transgender women as they navigate sex and dating in Los Angeles. Although the series is honest about the violence and discrimination they face, it also dares to portray transgender people as deeply desirable. The show is smart, sexy, sobering and sweet all at once – and you don’t need to subscribe to anything to see it.

The Bad: North Carolina legislature passes an anti-transgender bathroom bill, sparking nationwide controversy
North Carolina found itself the center of the nationwide battle over trans bathroom access after passing HB2 in March. The legislation, one of the harshest anti-LGBT laws ever passed in the United States, forces trans people to use public bathrooms that correspond with the sex that’s listed on their birth certificate. It further nullified a non-discrimination ordinance passed just a month earlier by the Charlotte City Council, one that offered trans people equal access in all public accommodations, including housing, employment and restaurants.

The backlash to increasing gains made by the LGBT movement, including the passage of marriage equality last year, has had a disproportionate impact on trans people in 2016. In the face of national panic over where transgender people go to the bathroom, the National Center for Transgender Equality found that 60 percent of trans respondents had declined to use the bathroom in public at all, fearing retaliation or even violence. Twelve percent of trans people had been verbally harassed, while nine percent were denied access to the bathroom that most closely corresponds with their gender identity. 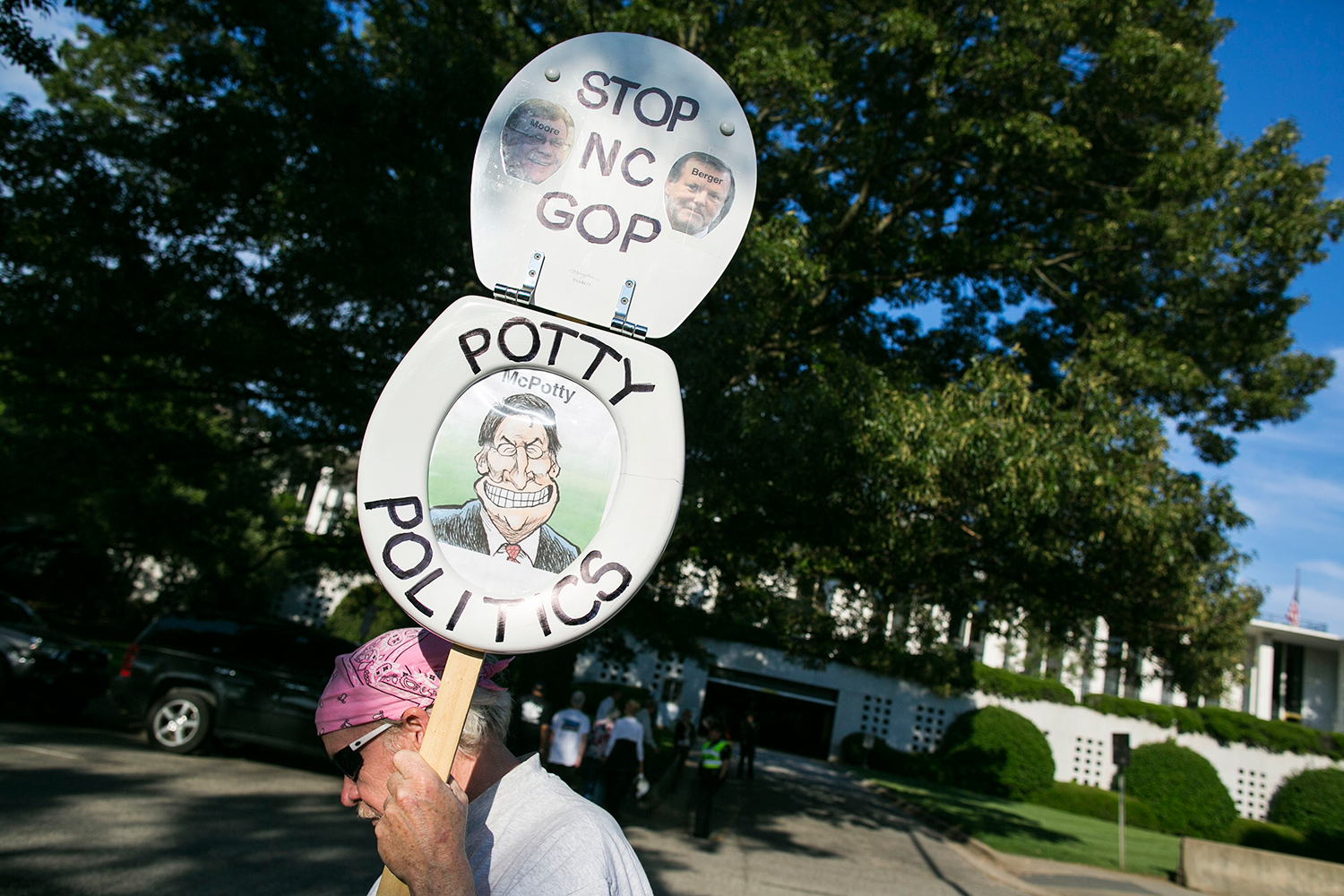 But if that’s the case, why did North Carolina Governor and “bathroom bill” champion Pat McCrory lose his bid for reelection in an election year otherwise dominated by the GOP? McCrory contested the close results of the gubernatorial race for weeks following November 8th, finally conceding to his pro-LGBT opponent Roy Cooper in early December. McCrory’s loss is evidence that obsessing over transgender people’s bathroom use is a losing strategy – even in Trump’s America.

The Bad: Chelsea Manning continues to be denied fair treatment at Fort Leavenworth
This has been a difficult year for whistleblower Chelsea Manning. Manning, a former private first class in the army, was sentenced to 35 years in prison for her role in leaking classified documents to WikiLeaks, the controversial watchdog group. She has repeatedly reported mistreatment and abuse at Fort Leavenworth, the men’s military prison where the 29-year-old is being held.

Last year, Manning was sentenced to solitary confinement after guards discovered expired toothpaste and a copy of Vanity Fair with trans Olympian Caitlyn Jenner in her cell. The former private first class, though, received the issue “legally through the open mail system,” as CNN reports. Earlier this year, she went on a hunger strike to lobby for access to surgical transition care, which was recommended by her psychologist. In 2016, Manning has attempted to take her life twice in response to the conditions she has faced in prison. The prison has responded by sentencing her to further solitary confinement, which studies have shown exacerbates risks of prisoners’ self-harm.

The Good: Transgender teenager Gavin Grimm holds his own in a legal battle over his restroom rights
Last year, when he was just 16 years old, transgender boy Gavin Grimm stood in front of his Virginia school board and pleaded, “All I want to do is be a normal child and use the restroom in peace.” His request was denied. Now 17, Grimm has spent much of his time in high school locked in a legal conflict with the school district over his right to use the boys’ bathroom – a battle that will head to the Supreme Court next year. As the Washington Post reported, he was once “painfully shy” but has since had to take a front-facing role in the battle for transgender equality. The coming SCOTUS decision will be life-changing for students like Grimm, whether for better or for worse. For now, one thing is certain: Grimm never wanted to be a hero, but he is one anyway.

The Bad: For the second year running, reported homicides of transgender people in the U.S. reach an all-time high
In 2015, more murders of transgender people were reported in the U.S. than in any other year to date, according to GLAAD and other LGBT advocacy groups that have tracked this statistic. Sadly, that trend has continued. In 2015, the total tally was 22. This year, 26 transgender people have already according to The Advocate’s tabulation, which is likely lower than the actual number given how frequently victims are accidentally or intentionally misgendered by local press.

By now, the patterns of this deadly violence are tragically familiar: the vast majority of victims were transgender women, most of whom were black or Latina. Their bodies showed signs of intense physical violence: repeated stabbings, beatings, gunshots to the head. In 2017, transgender people will continue to literally fight for their lives. For the last four years, the Obama White House has recognized that struggle by observing the annual Transgender Day of Remembrance. It seems doubtful that a Trump-Pence administration will continue that tradition. 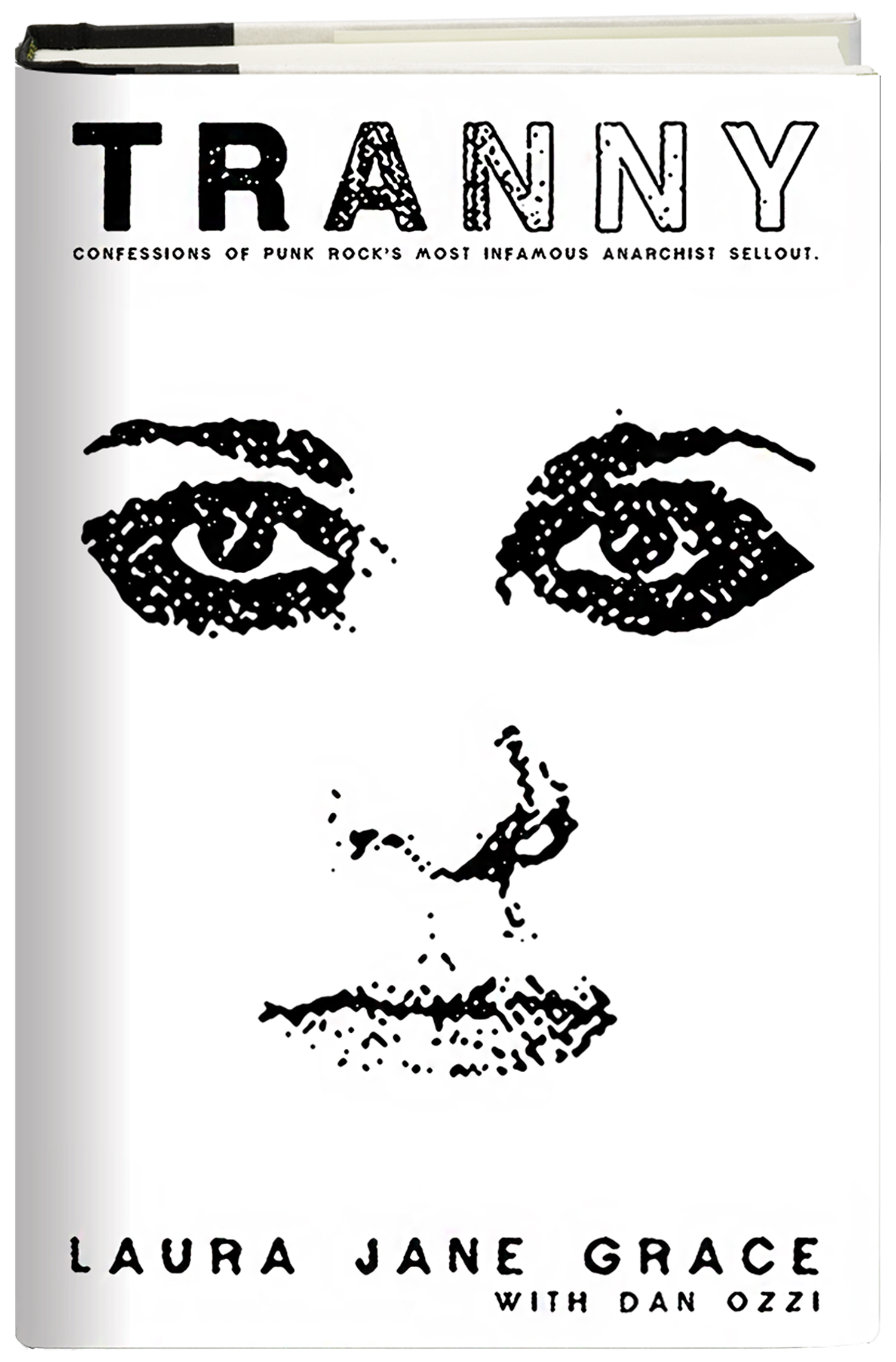 The Good: Laura Jane Grace’s memoir Tranny signals increased trans acceptance in the music world
Laura Jane Grace, who fronts the punk rock group Against Me!, publicly came out as a transgender woman four years ago in Rolling Stone. Grace released her seventh studio album with the band in September, the well-received LP Shape Shift with Me, as well as her memoir, Tranny: Confessions of Punk Rock’s Most Infamous Anarchist Sellout. The book’s title, which refers to a transphobic slur deemed by most members of the trans community to be offensive, signals the singer’s long road to self-acceptance.

Her memoir, which was penned with Noisey’s Dan Ozzi, was inspired by heartache. After coming out in 2012, she writes, many of her friends and family members stopped talking to her, including her father. The band fell apart. Grace’s marriage dissolved. But out of that pain came a creative renaissance for the band. Their 2014 record Transgender Dysphoria Blues, a concept album about a trans sex worker, debuted at Number 23 on the Billboard 200, their highest debut ever. Her coming out brought them a whole new fanbase, and for Grace, it signaled both an evolution in the artist and the woman behind the music. As a portrait of a woman struggling to find herself while shattering the glass ceiling of the music industry for trans people, Tranny is unmissable.

The Bad: Hollywood continues to cast cisgender actors in transgender roles
Actors like Jared Leto and Jeffrey Tambor have taken home major awards for their portrayals of trans women in Dallas Buyers Club and Transparent, respectively. Those plaudits have led to a wave of casting cisgender performers in transgender roles, even while trans actors are largely shut out of the industry. In February, Eddie Redmayne contended for his second consecutive Best Actor trophy for The Danish Girl, while The Normal Heart’s Matt Bomer was cast in the upcoming drama Anything. Meanwhile, Re/assignment, in which the Fast and Furious’ Michelle Rodriguez actress plays a hitman who is forced to have gender-reassignment surgery after being kidnapped by an evil doctor (Sigourney Weaver), was panned at the Toronto Film Festival.

As Her Story’s Jen Richards pointed out in a series of tweets, these casting choices encourage audiences to misgender trans people. “When Jared Leto plays Rayon and accepts his Oscar with a full beard, the world sees that being a trans woman is just a man performing,” she wrote. “When Matt Bomer plays a trans woman, he is telling the world that underneath it all, trans women like me are really just men.” It technically furthers trans representation – but without understanding the impact those casting choices can have on people’s lives.

The Good: Hollywood begins to change its tune on casting cisgender actors in transgender roles
Something surprising, however, happened as a result of Richards’ criticism: Hollywood listened. Mark Ruffalo, who served as a producer on Anything, reached out to the actress directly on Twitter and apologized to the LGBT people let down by the film. “To the trans community,” he said. “I hear you. It’s wrenching to you see you in this pain. I am glad we are having this conversation. It’s time.”

Tambor, who has won two Emmys and a Golden Globe for playing Maura Pfefferman on Amazon’s acclaimed Transparent, also addressed the issue during the Emmys ceremony. Accepting the award for Best Actor in a comedy, the 72-year-old used his speech to advocate for greater opportunities for transgender actors in Hollywood. “I’m not going to say this beautifully,” Tambor said in September. “To you people out there, please give transgender talent a chance. Give them auditions. Give them their story. … I would be happy if I were the last cisgender male to play a transgender female.”

Let’s hope he gets his wish.