Although the calendar may say it’s 2017, there is no escaping 1969 – and Charles Manson in particular. Between the recent release of the memoir of the youngest member of the Manson Family, to Evan Peters’ portrayal of him in this season of American Horror Story, to rumors of a Quentin Tarantino movie set in
this year and
involving the infamous cult leader, there is something about the dangerous yet charismatic man that seems particularly timely now.

The latest addition to the growing Manson canon is Young Charlie – the second season of the Hollywood & Crime podcast, and the latest offering from Wondery, the podcast network behind the recent true-crime hit Dirty John. While technically Young Charlie also falls under the true-crime banner, it is more of an exercise in storytelling and a deep dive into the childhood of one of America’s most notorious criminals. Manson’s formation of his Family and attempted initiation of a non-existent race war ultimately culminated in orchestrating a grizzly two-day murder spree, which left seven people dead, including the pregnant actor Sharon Tate, wife of director Roman Polanski.

Though every bloody detail of the killings and following court proceedings have been covered extensively in countless books, documentaries and articles, Manson, the Family and their crimes still hold America’s collective attention, almost 50 years later, as evidenced by their ubiquity in popular culture. But no matter how much of the Manson lore one consumes, a question lingers: How did Manson become the person who was able to recruit, then control people into committing such horrific crimes?

Young Charlie aims to answer that question through an intimate look into his early years, starting when he was a runty five-year-old with big eyes and matted hair living in rural West Virginia. Stephen Lang, an actor who has appeared in films like Avatar and Don’t Breathe, lends his voice to this storyline in the podcast, incrementally cluing listeners in to each milestone in Manson’s childhood that potentially could have played a role in creating the man who died in prison at age 83. 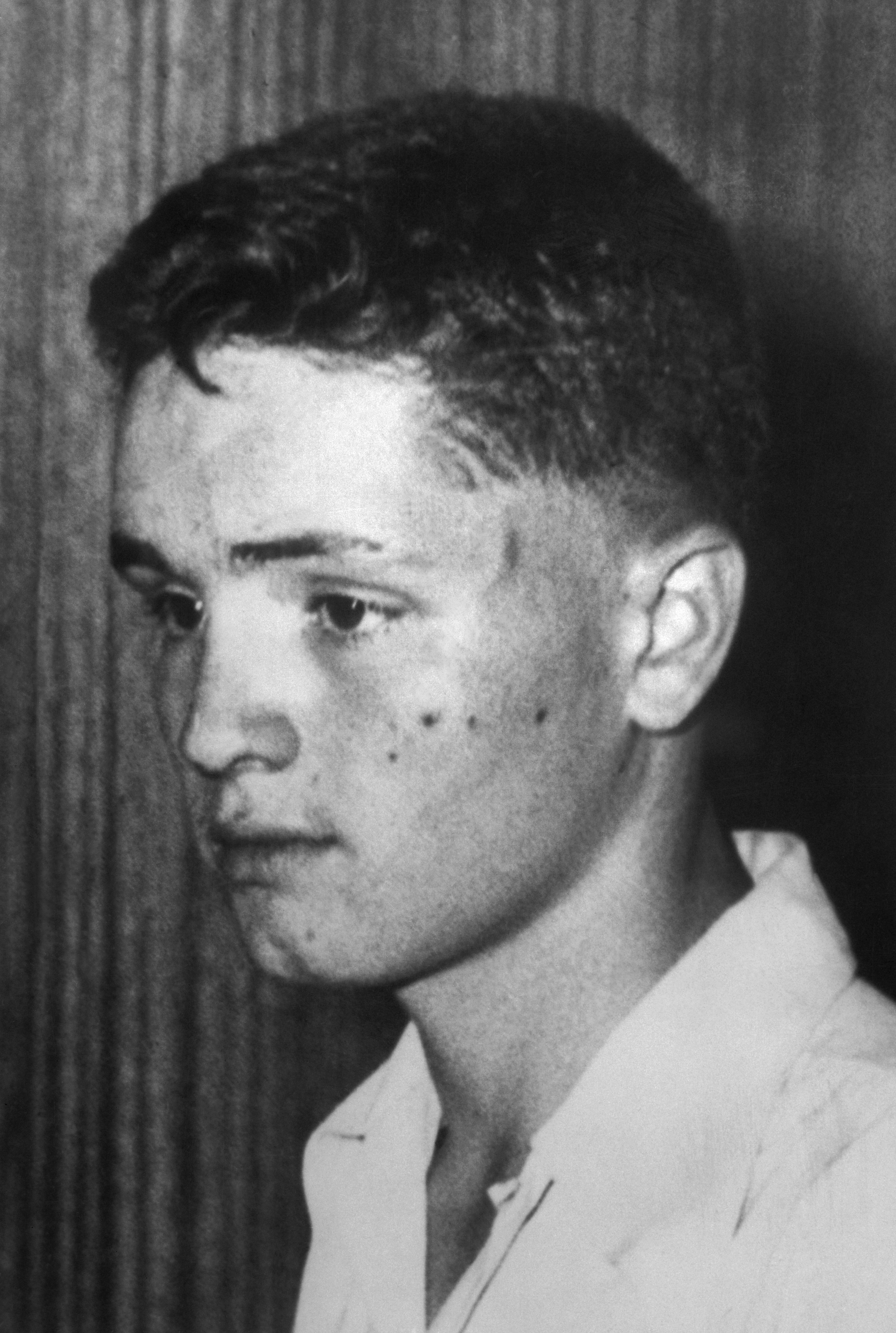 But before getting into Manson’s formative years, spent mostly in (and escaping from) reformatories, Young Charlie opens on August 10, 1969, following Tate and Polanski’s housekeeper as she entered their rented home on Cielo Drive the morning after the murders and discovered the bodies. Tracy Pattin, who also serves as co-producer of the podcast, narrates this storyline, which also includes archival audio recordings from press conferences, featuring Polanski and several of the police officers involved with the investigation. Each of the show’s six episodes jumps back and forth between the aftermath of the Tate-LaBianca killings in 1969, and Manson’s evolution from scared schoolboy into master manipulator. According to Young Charlie’s writer, Larry Brand, who also wrote films The Drifter (1988) and Halloween: Resurrection (2002), “having the two [storylines] took on a very cinematic, Pulp Fiction-y timeline” adding that “structurally it became a really fascinating exercise in narrative – how to jigsaw these pieces together in such a fashion that by the end of it there’s a sense of completion.”

In addition to cinema, music also plays a significant role in the podcast, Brand tells Rolling Stone. “The fact that he was a musician was not coincidental,” he says, which many – Brand included – believe was a major factor in his ability to exert control over his followers. And it wasn’t just Manson’s ability to play the guitar, write songs and belt out a few tunes: Brand explains that as he was writing the podcast, he listened to numerous interviews with Manson to get a sense of the musicality of his speech, and tried to incorporate that into the script. “There’s a symphonic quality to it,” Brand says of the way Manson speaks. “There’s a cadence – a rhythm. There’s passages that are quick, phrases that are slow – different mood changes… that I found myself replicating in this form of storytelling this same type of rhythmic, nuanced, layered vision that that Charlie had.” On top of that, he says he peppered the episodes with lyrics and imagery from songs from the 1960s, including from “Eve of Destruction” – the protest song written by P.F. Sloan and first recorded by Barry McGuire in 1965, which remains chillingly applicable in 2017. “I very consciously tried to use this musical influence and reference to give this an authenticity, so when you’re listening to it you’re immersed in the fluid rhythmic passages that have this very Sixties-ish kind of feel to it.”

While Manson’s melodic, Machiavellian messages to his followers incited acts of murder in California, an event billed as “three days of peace & music” was set to take place a few days after and nearly 3,000 miles away. Starting on August 15th, 1969, more than 400,000 people filled the fields of a farm in Bethel, New York for the Woodstock festival, which featured some of the biggest acts at the time – including Janis Joplin, Jimi Hendrix and The Who. “Nothing of that era is as elegantly and grotesquely juxtaposed as Woodstock and the Manson murders, which occurred within a week or two of each other,” Brand says.

Given these major events in August 1969, as well as the moon landing that had occurred the previous month, Brand says that it’s no wonder that the year left an indelible mark on American collective memory, making it ripe for Young Charlie‘s in-depth treatment. “There’s a fondness for that period – not only for those who remember it, but those who weren’t around but have a nostalgia by proxy,” Brand says, adding that those who lived through the year – which includes himself – “never shut up about it.”

Moreover, Brand says, there are more than a few parallels between the events of 1969 and what we are living through today. “Clearly we’re in a time of cultural stress, and I think this has been compared – and not without reason – to the cultural stresses in the air in the late Sixties,” Brand adds. And with Tate-LaBianca murder participant Leslie Van Houten’s continued fight for release and Manson’s recent death, the Family and their crimes have remained fixtures in the news.

But no matter how extensive the coverage of the Family continues to be, it still doesn’t get to the root of what made Manson the boy from West Virginia into Manson the mastermind behind mass murder. “‘Charlie was Charlie’ – that’s a line that was repeated several times in the podcast, and it’s very easy to look back knowing what he did and see the young five-year-old child and it’s probably true,” Brand says. “But what’s also true is that there were also thousands of other budding sociopaths that didn’t murder anyone or were only minor criminals, or ended up becoming perfectly civilized citizens. Ex post facto, it’s always easy to create a narrative of inevitability, and that’s certainly the case with Charlie. But what’s left out of that picture are the thousands and thousands of Charlies didn’t become Charlie Manson.”

With Young Charlie, Brand hopes to offer more than just a sequence of events of his early life, but rather a more nuanced look inside the psyche of a man who convinced others to kill in his name.

“I don’t believe in Psycho moments where we find this one event in someone’s childhood [that influences future behavior] – that’s a fiction and something we derive from film,” he says. “Their life trajectories have more to do with who they are.”