At a moment when Broadway shows are set to the lives or music of Jimmy Buffett, Carole King and, very soon, Donna Summer, the just-announced musical based on the songs and story of Cher has everything one would expect in a jukebox musical. Set to open on Broadway in November after a limited run in Chicago, The Cher Show touches on the various high points of her 50-plus-year career, from her early days with Sonny Bono up through her solo career, reinvention as an actress, later hits and farewell tour. It includes 30 songs – from “I Got You Babe” to “Believe.”

It has experienced theatrical hands at the helm, including book writer Rick Elice (Jersey Boys) and director Jason Moore (Avenue Q). For added period authentic, costume designer Bob Mackie – who stitched many of Cher’s most skin-revealing outfits back in the day – is onboard as well, recreating many of those costumes.

Inside the New Wave of Rock Musicals

But any similarity to previous jukebox musicals ends about there: Few sound as downright avant-garde as The Cher Show. In keeping with one of her legacies – the variety series she hosted with Sonny and then on her own – the musical is structured as if it were a live-taping of a variety show that just happens to be about her life. Cher herself will be portrayed by three different actresses representing her at different points in her life: in the 1960s, the ’70s and the ’80s and onward. And all three Chers will be onstage at the same time, often giving each other advice about Cher’s love life and career.

“The challenge was how do you not do another show that feels like a straight-up linear musical biography?” says book writer Rick Elice. “It’s kind of a grand experiment. She’s associated with the variety format, and I was looking for a license to make it a bit trippier than that.” 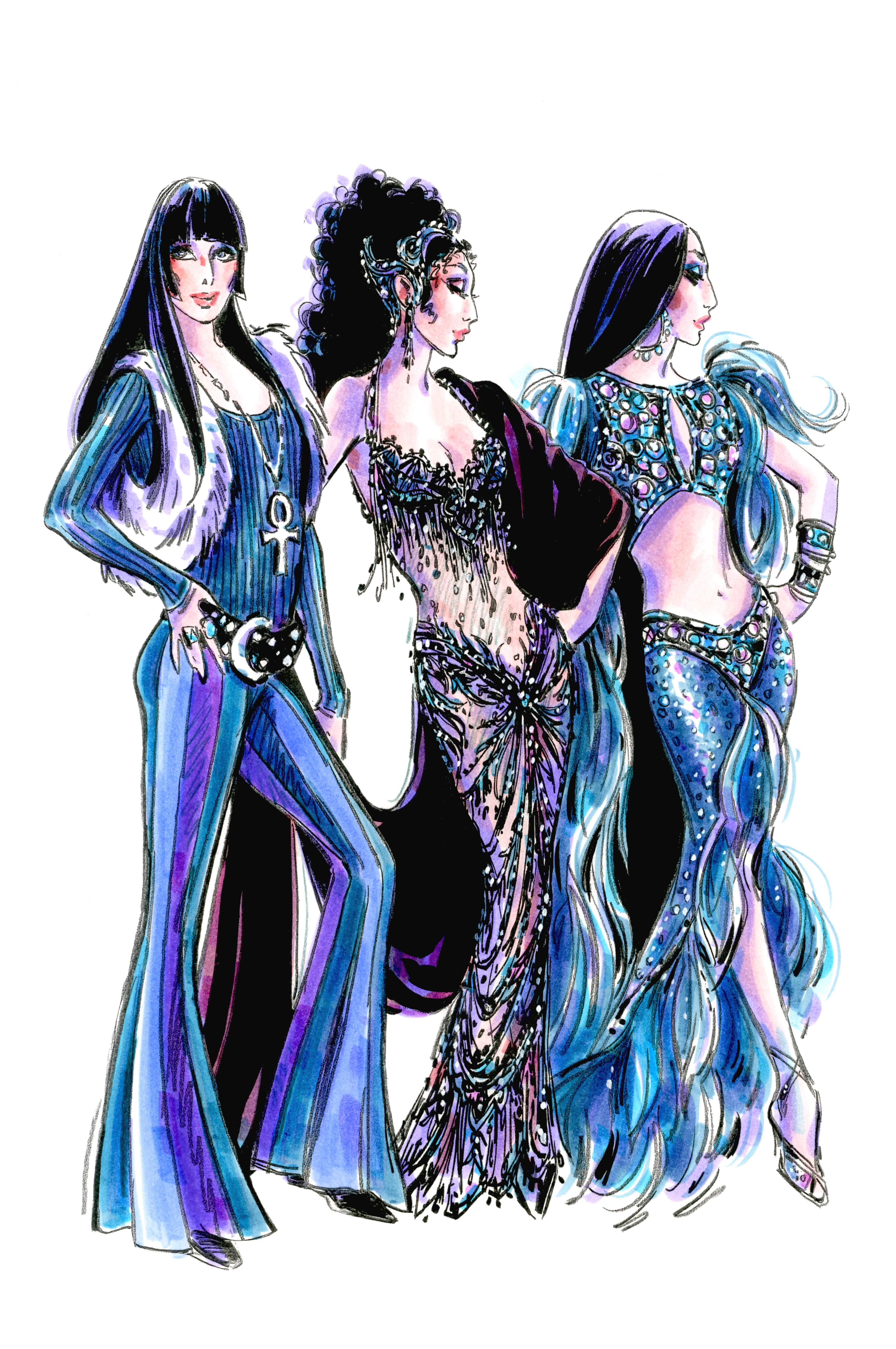 If all that weren’t zany enough, the “guest stars” on the faux variety show include almost all of Cher’s famous or infamous husbands and boyfriends: Actors will be playing Bono, Gregg Allman, record and movie mogul David Geffen, even Rob Camilletti, the “bagel boy” beau in the Eighties. In keeping with the format, Cher’s volatile marriage to Allman is depicted as a Wild West “sketch” on the variety show, complete with bits of Allman Brothers Band music. Elice was especially sensitive to the portrayal of Allman, who died last year. “Gregg’s not around to represent himself, so I wanted to be respectful and not dwell much on his issues with substance abuse,” he says. “It’s not what the show is about.”

Even the many Cher hits in the show aren’t always used in proper order. “Strong Enough,” one of her late-career singles, is featured in early scenes with Bono. The AutoTune dynamo “Believe” has been redone as a ballad as we watch the older Cher reflect on the demise of many of her romances and try to find the will to carry on. “At different points I saw her get emotional over all the men in her life,” director Jason Moore says of his own conversations with Cher about the show. “Why did that marriage or relationship end? Why couldn’t it sustain? The pressure with Rob and being in the public eye with the rise of the paparazzi had a terrible impact on that relationship.”

Luckily, the show had no problem obtaining permission to depict those men. “She said, ‘I’m still very good friends with my exes,'” says Moore. “So if Cher wants it in the show, they’re giving her what she wants.” (Unfortunately, the show couldn’t find the space for her notorious fling with Gene Simmons of Kiss.)

The Cher Show was conceived very much with the star’s participation. Over a year ago, she invited Elice to her home in Los Angeles for extensive interviews and rarely held back about the ups and downs of her life. “Cher is a let-it-all-hang-out-there kind of person,” Elice says. “So nothing springs to mind that was off bounds.” (“She jokes that she has Armenian Alzheimer’s – she remembers everything,” jokes Moore.)

The actresses depicting Cher also received a crash course on her life. “She was so young when she started, so I can’t imagine what it was like for her,” says Micaela Diamond, who, at 18, plays the youngest Cher (called “Baby” in the show). “Some of us see her as bad-ass and a voice on Twitter, but she had so much shit happen to her in the past.” Teal Wicks, who plays “Lady,” the Seventies Cher, mostly knew her from 1980s hits like “If I Could Turn Back Time” and caught up with old Sonny & Cher Comedy Hour TV clips on YouTube: “She was super-sarcastic toward him, which was so brilliant.” 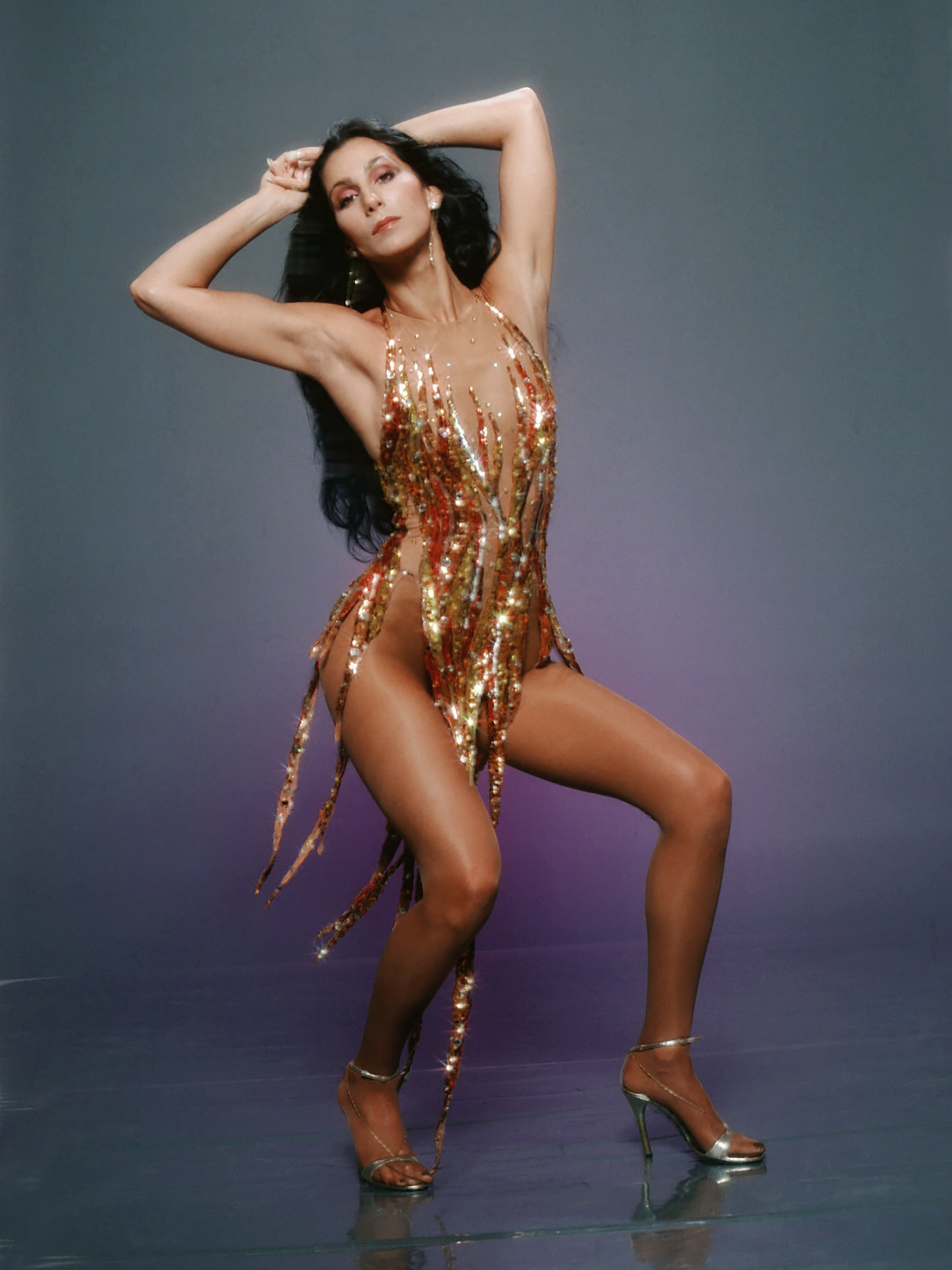 Last year, Cher dropped by an early reading of the show, bringing along an entourage of over a dozen for support and note-taking. She watched – sometimes teary-eyed, sometimes clutching the hands of those in her posse – as her dramatized self met Allman and gave a eulogy at Bono’s funeral after his 1998 death in a skiing accident. When it was over, Cher, wearing sunglasses the whole time, hugged Moore and said, “Thank you for what you’ve done.”

“She got quite emotional,” recalls Stephanie J. Block, who plays the later Cher (“Star”). “You can feel that Sonny’s presence and loss are still a daily part of her life.”

Despite Cher’s larger-than-many-lives persona, the Cher Show team are hoping that Cher’s personal and career roller-coaster ride strikes a more common chord. “It’s a true rags-to-riches story, but hers is unique,” says Elice. “She lost it and found it and lost it and found it, over and over. And always in a different way. She had success and then stomach-turning disappointments. But life is like that. It’s constantly throwing you these curves.”