And, at a more fundamental level, many believe that marijuana and sex are perfect pleasure-oriented bedfellows. Although the science is still out on whether cannabis is a true aphrodisiac, sex educator and cannabis coach Ashley Manta says it can help facilitate sex. “We know that THC is a vasodilator,” she says. “That’s going to increase blood flow to the area, which is going to increase engorgement with blood, which is one of the things that happens when your body physiologically responds to genital stimulation.” 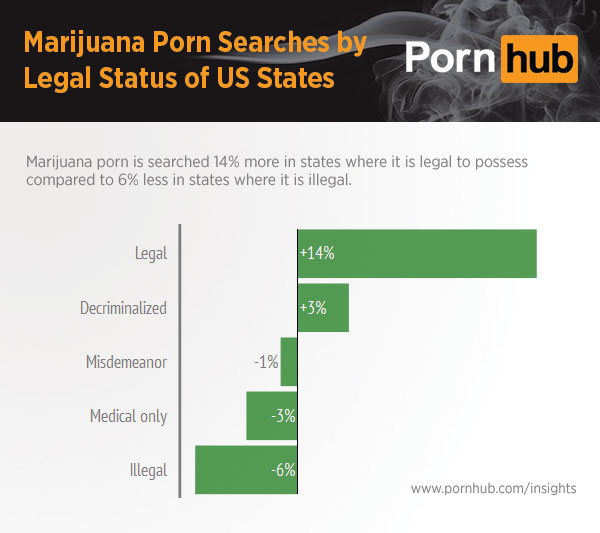 And, according to Manta, marijuana can absolutely enhance sexual pleasure. “Cannabis is really about helping you eliminate the things that are getting in the way of getting turned on,” she says. “[Things like] stress, pain, anxiety, being stuck in your head, not feeling pleasurable sensations as readily in your body. And those cannabis can help with.”

Most performers who make marijuana a part of their branding strategy agree that it’s a great way to connect with their fans, more of whom are partaking with every state that legalizes. Vicki Chase, a multiple-award-winning performer who has appeared on the YouTube show “Wake and Bake,” says that sharing her smoking habit with her fans is “a great way to be relatable.” In her opinion, “Everybody wants to be smoking or is smoking,” she says. “And if they see that you’re on that, they appreciate you even more.”

And smoking can be sexy, whether one is a true fetishist or not. After all, says Manta, the cannabis coach. “You’re watching a phallic-looking thing go into a mouth, and watching it getting sucked on and watching white stuff come out.”

It’s those aesthetics that drive director Fivestar, who’s shot for Emerald Triangle Girls. “I really love playing with light, and I think that the quality of light that reflects off the smoke, and the hazy diffusion that smoke leaves behind, are gorgeous,” she says. “You add beautiful women to the mix and you have a very visually appealing product.” 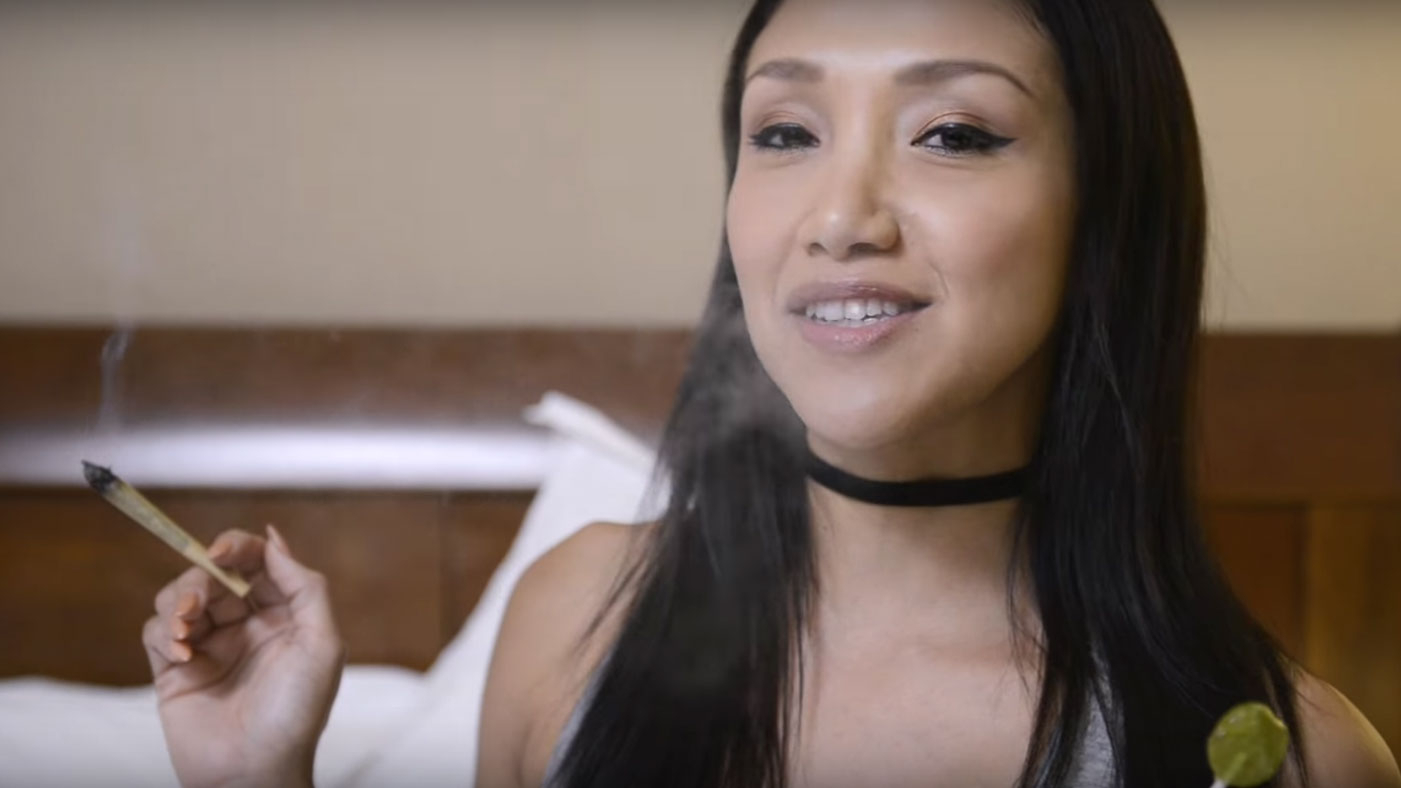 “Weed is a medicine, of course,” says Darling. “It’s also an intoxicant. And where does that come into play with consent?” For most companies, it simply means that there’s no weed.

Even at Emerald Triangle Girls, the weed the performers smoke on camera is fake. “True consent on set is of paramount importance to us because we want to make sure our performers are in control,” says Penn, the company’s spokesperson. “We put disclaimers in every video that our performers are not under the influence of any substance, and that the scene you’re about to watch is fantasy.”

But not every set is as strict about intoxication. After all, cannabis is frequently prescribed as a medicine, and few directors prohibit their talent from medicating themselves. “A lot of times, they don’t really care if that’s what you want to do to get yourself ready for the scene,” says Sunderland. “If you just go outside and smoke a little bit, come in, and do your work, then most people don’t care.”

Still, most performers assert that even when imbibing is permitted at a shoot, most people keep it on the down-low. Chase, the performer, says it’s a matter of professionalism. “You definitely want to be there with all your senses” when you’re on set, she says. “You’re on camera, and this is not on your time, not on your dime!”

“A lot of people smoke on set,” agrees performer Richelle Ryan, “but they won’t get that stoned, because you have to memorize your lines, and that’s a lot of pressure!”