Two attractive teenage boys, one of whom is shirtless, energetically dance to “Skechers” by DripReport, their sun-streaked curls bouncing, palm trees and stucco pseudo-Renaissance architecture in the background.

It’s a snapshot from an idyllic teenage dream, the 2020s version of the Frankie Avalon/Annette Funicello beach party movies. One would be forgiven for not immediately realizing that it was posted amidst the backdrop of the COVID-19 pandemic.

The boys, Jack and James Wright, are 16-year-old twins and members of the L.A. Hype House, a creator collective comprised of about 20 young, dewy-skinned TikTok stars. (Only a few of the members live there full-time.) Hype House members shoot content together in order to capitalize on their collective popularity, or hype; although it is currently embroiled in some legal turmoil due to a cofounder filing a trademark suit, the popularity of the Los Angeles Hype House has spawned numerous similar collectives, including Sway House, which is comprised of six TikTok stars.

In California, where both houses are located, the state’s 40 million residents are on lockdown due to a directive from California Gov. Gavin Newsom, who has demanded that they stay at home and avoid all non-essential travel. This has been disastrous for influencers whose social media brands are dependent on taking lush, vibrant photos from exotic locales; those who rely primarily on Instagram for their income, for instance, also frequently invite makeup artists and stylists to prep for shoots, which is obviously difficult to do in quarantine.

TikTok Is Pulling Out of SXSW Amid the Coronavirus Scare

Surprising No One, TikTok Is Driving a Lot of New-Artist Growth

But on streaming platforms like TikTok — where many Gen Z stars can simply upload content of themselves in sweatpants and a sport bra dancing to the latest trending audio from the confines of their own bathrooms and generate hundreds of thousands, if not millions, of likes — creators say they’ve been experiencing tremendous growth. That’s presumably in large part thanks to millions of American teenagers being forced to attend virtual classes while surreptitiously scrolling through their feeds.

“The TikToks have been exploding on everyone’s accounts. The growth has been crazy,” says Josh Richards, who lives at Sway House. He says the views on his YouTube channel have increased 60 to 70 percent. “It’s a lot like summer vacation — everyone’s out of school, except they can’t go to the beach. So they’re looking for other ways to entertain themselves.”

For members of the various influencer collectives who do not live in the houses full time (most of the members of Hype House, for instance, fall into this category), quarantine has posed some minor challenges, as their content tends to be more successful if they feature other members of the house or other TikTok stars, says Avani Gregg, a member of the Hype House who is currently quarantined with her mother and sister in Los Angeles.

Still, the widespread isolation has arguably boosted her profile on pretty much all social media platforms. “Everyone’s bored and on their phones so it’s a good time to see what kind of content you can put out and if it makes engagement go up or not,” Gregg says. “There’s not really much to do but go on social media and post content.”

For the members of Sway House, who live together full time and are currently quarantined together, it’s helped them focus more on ideation and content production, says Griffin Johnson, 21. “I think if anything us being together as an entity and just ourselves has helped us. A lot of times we get so scattered — we’re going to meetings and events — that we never get to be together as a group to put our minds on content,” he says. “I think if anything, us being together with just ourselves has helped us, actually.” 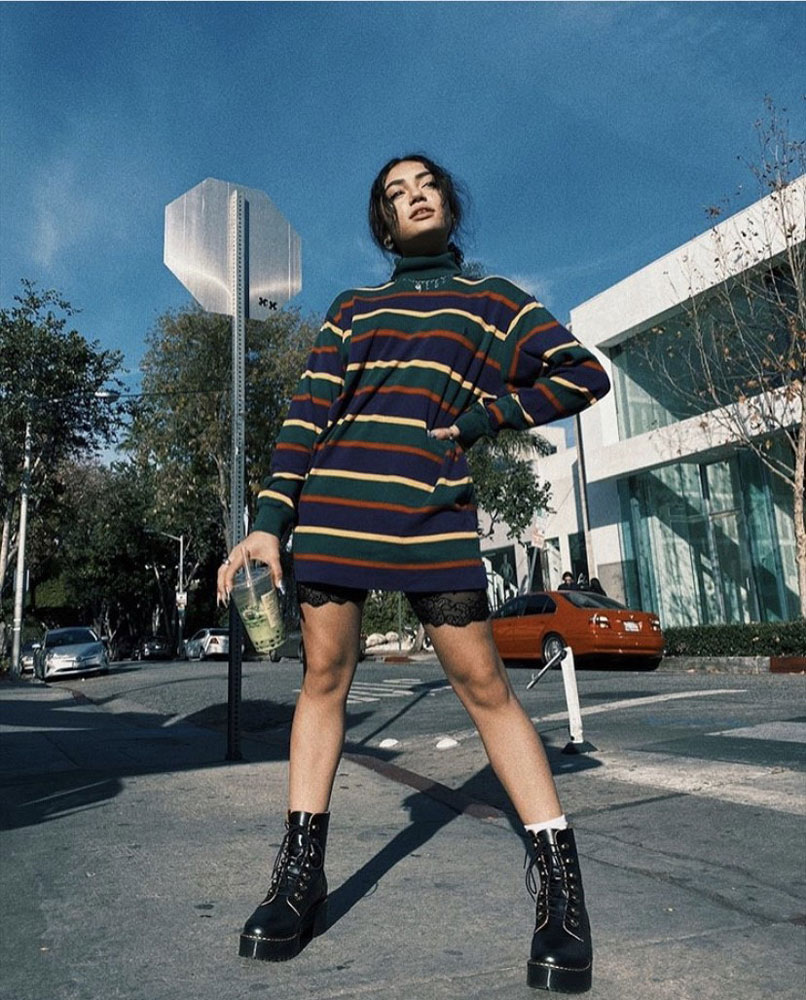 The members of Sway House say they devote most of their days editing or shooting content for YouTube or TikTok. They rarely leave except to buy groceries or do laundry, and let few people in the house with the exception of Sway House’s creative directors. “We try not to let it change too much of our lives just because we’re young and healthy,” says Richards. (“We’re very much trying not to have large groups or gatherings,” their management quickly chimed in.)

Many creators have shot collabs in advance, giving them a well of content to post in the coming days. The last time Gregg, the Hype House member, visited the house for a merchandise shoot, all of the members shot content they didn’t immediately post, as they knew those who didn’t live at the house full-time would be under self-quarantine and likely wouldn’t be able to collaborate for a while.

The older content being posted now has the effect of making it difficult to tell how strictly creators are adhering to quarantine guidelines. “Maybe a few times I’ve seen comments like, ‘”Oh my Gosh, you’re together,'” says Johnson, who recently posted a video featuring Hype House member Dixie D’Amelio. “And then you have to be like, ‘No, it’s a draft.'” On Thursday, the day Newsom issued his stay-at-home directive, 19-year-old TikTok star Addison Easterling posted a TikTok with Jason DeRulo; because it’s unclear when the content was actually shot, many of her followers commented to ask whether she was practicing social distancing along with the rest of the country. (DeRulo and Easterling did not respond to requests for comment.)

But for the most part, says Johnson, the comments have been relatively unchanged. “I don’t think a lot of kids on TikTok think the same way as a lot of adults do about [social distancing,” he says, “because they don’t know the consequences.”

As quarantining measures continue, many of the creators’ plans have been momentarily put on hold. Both Sway House and Hype House had discussed touring this year, but members of both houses said such plans had been indefinitely put on hold because of the virus; the postponement of events like Coachella, an influencer Mecca, also came as a disappointment. Brand partnerships have also suffered a great deal in the wake of COVID-19, according to Johnson. “Brands are no bueno right now,” he says. “I think their time is more focused on big things going on right now so they’re focusing less on working with creators.”

Nonetheless, on streaming platforms where revenue is based on views, he says, the uptick has been almost enough to offset such losses. They’ve also found ways to collaborate with other influencers without being with them IRL, such as a recent Instagram Live with Bachelor start Tyler Cameron.

Gregg estimates engagement with her content has gone up nearly 25% on many of her social media platforms, including Instagram, Twitter, and YouTube. “People are just waiting for people to post,” she says. “They’re just staring at their phones all day and just waiting.”