It’s somewhat surprising that Vermont – a state whose main cultural exports include homemade Phish tapes, Bernie Sanders memes and Cherry Garcia ice cream – waited until early 2018 to pass legislation on recreational marijuana. The law might have been slow to arrive, but it’s groundbreaking, nonetheless. Vermont, which was the first state to abolish slavery, and whose legislature was the first to legalize gay marriage, also has the first recreational marijuana law to pass through a legislative vote, not a ballot initiative. The bill, H.511, goes into effect on July 1st, 2018, making it legal to possess up to one ounce of marijuana or five grams of hashish for personal use in Vermont.

But even then, if you want to get high you’d better have your own supply. Under the new legislation it will still be illegal to sell weed for recreational purposes. In keeping with Vermont’s DIY culture, though, anyone over 21 years of age will be allowed to cultivate two mature marijuana plants and four immature ones per “dwelling unit.” For smokers who lack the green thumb or space to cultivate their own, the only legal option is to rely on the kindness of others, as gifting marijuana will be permitted under the new law.

Few see the bill as perfect, but it’s a compromise that reflects the state’s political mix of progressive values and rural conservatism. Vermont’s Lieutenant Governor, David Zuckerman – a ponytail-wearing organic farmer and a member of the Vermont Progressive Party – has been a strong supporter of legalized marijuana. While it’s not his ideal legislation, he says he supported a bill that could survive the legislature and cross the desk of Republican Governor Phil Scott, a former contractor who spends his free time racing stock cars.

Zuckerman hopes that H.511 will open the door to more a more comprehensive “tax and regulate” system. “If someone doesn’t want to produce their own, they’re still relegated to seeking it out on the underground market, or being fortunate enough to have a friend who might have extra,” he says. “It still leaves a lot of unanswered questions.” Those questions go beyond finding a weed-friendly benefactor, and for some, finding a legal way to use marijuana could be elusive. When the bill goes into effect in July, marijuana consumption will be illegal in public places, landlords will be able to ban marijuana possession in lease agreements and employers can prohibit the use of marijuana by employees. So what will Vermont look like under the new bill?

Can weed support Vermont’s small businesses and farms?
Even as Vermont’s marijuana smokers wonder where and how they can get high under the new legislation, local businesses have started enthusiastically adding THC-free CBD into everything from craft beer to yoga classes.

In the summer of 2017, Long Trail Brewing Company brewed Vermont’s first CBD-infused IPA using CBD honey from nearby Luce Farm, which also produces coconut oil and balm from their organically grown hemp. Already a favorite for creative pastries and cocktails, Burlington’s Monarch and the Milkweed now blends CBD into a line of chocolate truffles, and with locations in Brattleboro and Burlington, Ceres Natural Remedies sells CBD in everything from sprays to suppositories and pet food.

Meanwhile, some of the state’s small farmers are asking if legalizing commercial recreational marijuana could be good for the state’s struggling agricultural businesses, as well. “I know dairy farmers who have asked me over the last few years how long [I] thought it would be until we passed a tax-and-regulate system,” said Lieutenant Governor Zuckerman, adding that “it would certainly help many farms.”

A movement towards chemical-free cannabis.
But like many scientists and marijuana advocates, Zuckerman is concerned about the impact of pesticide and herbicide use in marijuana production, and plans to shape any future bills with that in mind. “This is a product that’s is going to be consumed either through inhalation or through an edible,” he says. “And I don’t think we should continue to put those kind of chemicals in our bodies.” 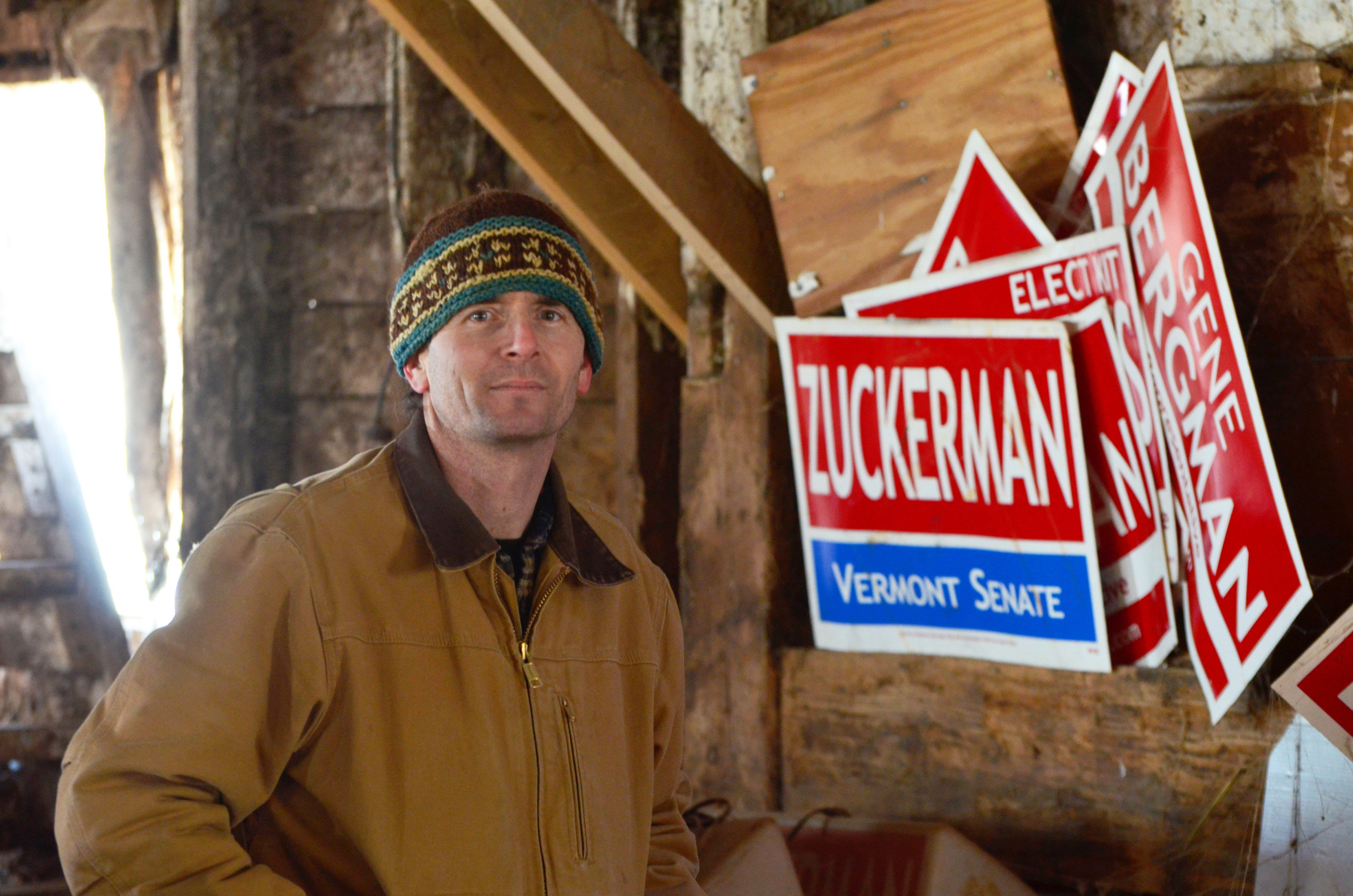 With an eye towards a next round of regulation, which he believes could be introduced in the 2018 or 2019 legislative sessions, Zuckerman has reached out to the organic certifying body to discuss organic certification as part of an ultimate tax-and-regulate law for commercial production of recreational marijuana.

That law would have to overcome concerns from Governor Scott. Upon signing H.511, Scott penned his doubts about “a commercial system which depends on profit motive and market driven demand for its growth.” Vermont has a Marijuana Commission tasked with making recommendations to the governor, and Scott wrote that until they have strategies to address education, highway safety and drug use prevention, he would veto any plans for commercial recreational marijuana.

Hoping for a more sustainable high for Vermont.
The search for pesticide-free weed isn’t the only environmental challenge posed by legal marijuana in Vermont, as current marijuana legislation has encouraged indoor growing at the expense of more sustainable outdoor operations.

When Vermont legalized medical marijuana in 2004, the law specified that marijuana be raised in a “secure indoor facility.” Under H.511, individuals can grow recreational marijuana outdoors, but only if the plants are out of public view and inaccessible to those under 21, a high bar for anyone who lacks a walled, lockable garden.

In a future bill, Lieutenant Governor David Zuckerman intends to hold Vermont’s future marijuana growers to a greener standard, encouraging outdoor production and the use of renewable energy systems.

Planting seeds for Vermont’s legal marijuana culture.
That legislation doesn’t yet exist, but it’s not all bad news for the sustainability of Vermont weed. With years of farming experience, Zuckerman sees the state as particularly well suited to outdoor cultivation, noting the long days of high-latitude sunshine that amp up the short growing season.

And unlike California, where marijuana production has contributed to the state’s fierce water wars, Vermont gets plenty of water for growing weed in the great outdoors. The Green Mountain state is doused with an average of 37 inches of rain per year, compared with 21 inches in California, a boon for the thirsty plants. Zuckerman places Vermont among America’s most legendary pot-growing regions, saying that “historically, Vermont, Colorado, Alaska and California were highly regarded for underground cannabis quality.”

Since the seeds can’t be legally sown until July 1st, growing weed outside in 2018 will mean a very brief growing season, and Zuckerman acknowledges that this might not be a banner year for cultivating legal outdoor weed. But like home brews and contra dancing, gardening is a vibrant part of Vermont’s rurally influenced culture, so despite the limitations, many Vermonters have the chops to tend thriving plants. “Start your seeds as soon as you can,” advises Zuckerman, already looking ahead to the 2019 growing season. And when the weather finally warms in the spring of next year, Vermonters can head to their gardens to plant tomato seedlings, kale starts and a fresh crop of legal, outdoor marijuana plants.