Eighteen-year-old Tessa Majors jumps around and sways onstage. She’s wearing white jeans and a black tank top, her hair in pigtails. She’s playing the bass, grinning, while a skinny keyboard player with glasses accompanies her and a boy, on guitar, jumps up and down and sings along. The drummer keeps up a boisterous beat. The band is called The Company and the song is catchy; a crowd of young people dance in front of the stage. The set was captured on video and posted to Instagram by her bandmate after Majors was stabbed to death last week.

It had been a good year for Majors’ music. Her other band, Patient Zero, dropped an album, Girl Problems, in September. The songs, mostly penned and sung by Majors, address doomed love, identity, and teen angst. “Just leave me alone, while I sort myself out. And try to regain my peace of mind. Cause I am stuck here, battling my doubts. That you could ever have been so unkind…” she sings in “4 Chord Song.”

The release of the band’s album wasn’t the only important recent milestone in Majors’ life. The month before, she headed from Charlottesville, Virginia to New York City to start her first year at Barnard College, the prestigious women’s school in Upper Manhattan. A picture of Majors and her mom, Christy, shows them grinning in a car in the city, Tessa’s blonde hair dyed pale green. “She is officially off to college. Can you believe it? I sure can’t,” her mother wrote on Facebook.

Barnard had been a great fit for Majors, who was smart and socially aware. In her admissions essay, she described why the school would be a perfect fit.

“As an avid feminist, I have striven towards bridging my community gender divide by being outspoken in my classes, taking an intensive course on social justice, and campaigning for a congressional candidate,” Majors wrote. “I enjoy taking difficult classes and feel invigorated when forced outside of my intellectual comfort zone. I embrace the culture of positivity and growth at Barnard.”

Last Wednesday, ahead of her final exams, Majors went to Morningside Park on the border of Harlem and Morningside Heights around 7 p.m., according to the Associated Press, descending the extensive stone stairs into the green expanse below. Police say that’s when she was jumped, put in a chokehold, and stabbed multiple times. She managed to drag herself up the stairs to the street, where an officer found her face down and administered CPR until an ambulance arrived. She was pronounced dead at the hospital.

On Friday, police arrested a 13-year-old. He allegedly confessed that he and two 14-year-old boys tried to rob Majors and that he saw one of them stab her as “feathers come out of her jacket.” One 14-year-old boy was arrested, but released over the weekend. The other reportedly jumped out of an older relative’s car and fled while on the way to the police station (though police later denied this ever happened).

The investigation is in its initial stage. Nevertheless, Ed Mullins, head of the Sergeants Benevolent Association, quickly announced one theory. According to Mullins, Majors’ death could be blamed on weed, criminal justice reform, and Mayor Bill de Blasio’s lax enforcement of the law. On Sunday, Mullins appeared on John Catsimatidis’ radio show The Cats Roundtable and suggested that Majors had gone to the park to buy pot. “An 18-year-old college student at one of the most prestigious universities is murdered in a park, and what I’m understanding, she was in the park to buy marijuana,” Mullins said. “We don’t enforce marijuana laws anymore. We’re basically hands-off on the enforcement of marijuana,” he added.

He also implied that one of the suspects smoked weed and stabbed Majors to death. “Here we have a student murdered by a 13-year-old, we have a common denominator: marijuana,” said Mullins. 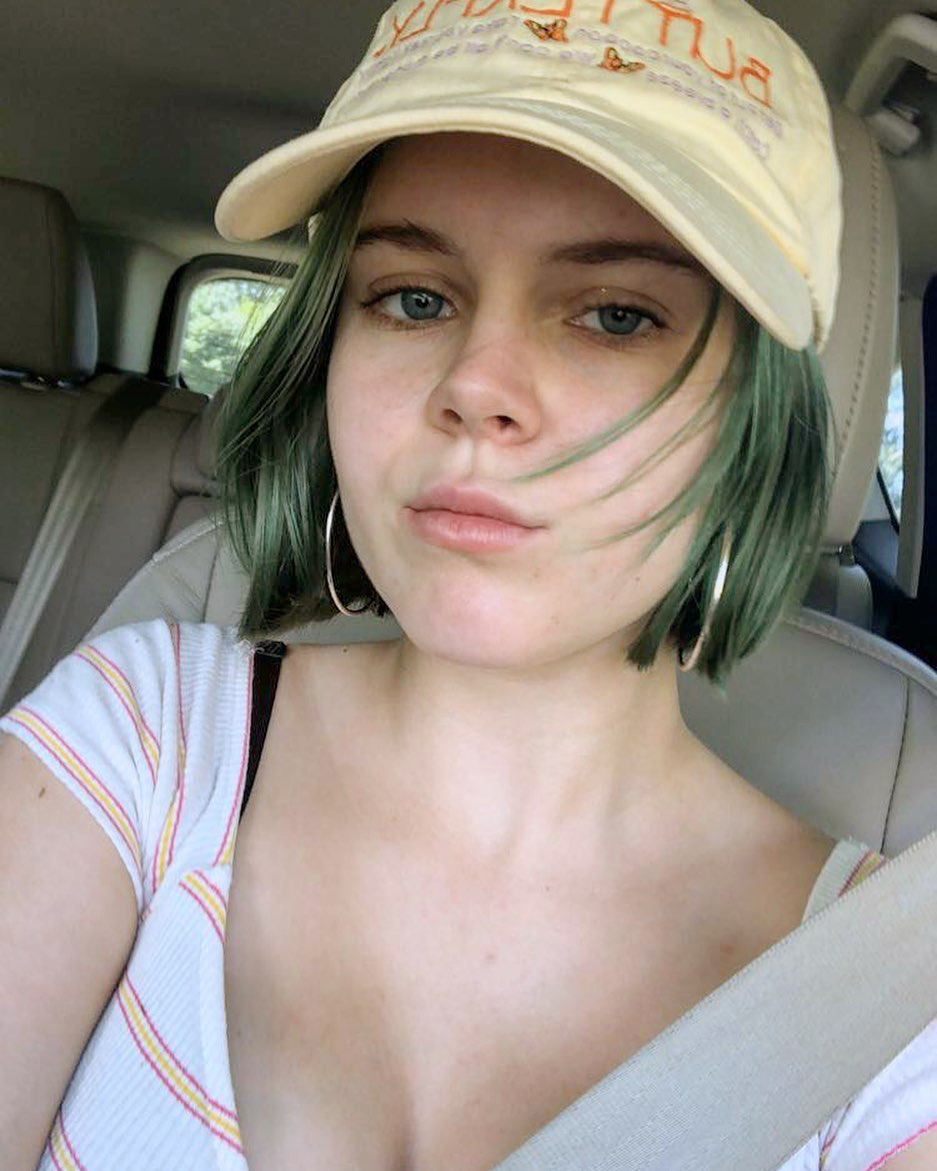 Though they had not spoken publicly before, Mullins’ comments prompted Majors’ family to break their silence. “The remarks by Sergeants Benevolent Association president Ed Mullins we find deeply inappropriate, as they intentionally or unintentionally direct blame onto Tess, a young woman, for her own murder,” they said in a statement. “We would ask Mr. Mullins not to engage in such irresponsible public speculation, just as the NYPD asked our family not to comment as it conducts the investigation.”

Mayor Bill de Blasio shot back on Twitter. “Think of Tessa’s parents, her friends. This is heartless. It’s infuriating. We don’t shame victims in this city.”

Meanwhile, attorneys for the 13-year-old have raised concerns about how his role has been presented. Legal Aid Society lawyer Hannah Kaplan noted that surveillance footage did not show her client committing a crime. “The evidence here is the opposite,” said Kaplan, according to NBC News. Black and white surveillance footage shows Majors struggling with two boys, neither of whom is Kaplan’s client. He’d been standing at least 10 feet away as Major fought her assailants.

According to his lawyers the 13-year-old has no criminal history. “Our client is a 13-year-old child who is presumed innocent with no juvenile record. History is full of examples of high-profile cases tried in the media, rushing law enforcement to a wrongful arrest and conviction,” the Legal Aid Society said in a statement. Although his uncle was there when police spoke with him, he had no attorney present and Kaplan says police yelled at him.

After Majors’ family decried Mullins’ comments, he tried to backtrack about Tessa, although he didn’t have anything to say about suggesting the 13-year-old used marijuana as well. “As I thought was clear and obvious, in no way did I intend to suggest on any level that some type of blame toward Tessa Majors was warranted,” he said in a letter published on Monday. “That non-enforcement of minor crimes in this City has contributed to an undisclosed rise in the rate of crime in many of the City’s neighborhoods, Morningside Park included.” Rather than blame Majors, he seemed to suggest, he was merely taking shot at de Blasio. “My intent was to illustrate that the City administration continues to deceive its citizens into believing that it is a safe City, yet the truth is that crime is on the rise, and neighborhoods which used to be safe are no longer safe.”

The idea that Majors was murdered because of police reform was echoed by other prominent hard-on-crime characters. “The Murder of 18y/o #TessaMajors is the fault of every NYC Socialist Leftist Corrupt Politician who has been part of the reversal of @RudyGiuliani’s Crime Reduction Initiatives started in 94,” Bernard Kerik, former NYPD commissioner who was indicted for tax fraud, opined.

The conservative commentator Piers Morgan penned an op-ed criticizing Mullins for besmirching Majors’ reputation, but concurred that police abuse of young people of color is necessary to maintain public safety. “Tessa’s murderers were a bunch of young kids who felt confident enough to carry knives and rob people in a public park,” he wrote. (In fact, only one knife was recovered at the scene.)  “Where did they get their confidence? Do they fear the police any longer? Would a more carefully controlled stop-and-frisk policy have deterred them from committing their heinous crime?”

He also echoed Mullins’ marijuana claims. “Did their own drug abuse — police say at least some of them were regular marijuana users — play a factor in their behavior?”

Scott Hechinger, a public defender in Brooklyn, notes the absurdity of the argument that marijuana and criminal justice reform contributed to Majors’ death and criticized Mullin for exploiting the tragedy.

“The NYPD Union weaponized the tragic murder of a teenage girl to undercut marijuana reform,” he tells Rolling Stone. “Assuming it’s even true that she was trying to buy marijuana in a park when killed, the argument makes no sense,” he says “Legalization would have prevented the need to go to a park. She would have been able to buy from a licensed dispensary. The brazenness of their cynicism here should expose any and all efforts to use future tragedies to fit their agenda.”

Mullin’s rush to judgement doesn’t surprise Alex S. Vitale, Professor of Sociology at Brooklyn College and the author of The End of Policing. “Mullins has been a consistent voice for a hard right-wing view about law and order politics,” he says. “Any opportunity he can get to argue for more criminalization of vulnerable communities, he jumps right in it. He thinks the solution to every problem is, ‘Throw more police at it and send people to prison longer.’”  (Rolling Stone reached out to SGA for comment, and will update if we hear back.)

Vitale observers that Mullins’ comments are a part of a nationwide backlash against progressive criminal justice reform. “Old school prosecutors, police unions, allies in the media are assisting them in this.”

And this dynamic taps into a broader culture war in the Trump era. “A lot has to do with politics of white resentment that’s also at the core of Trump support. Folks who are either racists or racial skeptics and they feel that the only way to manage the behavior of poor people is through constant threats and punishment.”

As for those who knew Majors, they are focusing on who she was, not the tragic circumstances under which she died. One of her friends paid tribute to her on an Instagram post attached to the video of their show. “To my stage buddie, partner in crime, band mom, friend, and mentor, I love you,” he wrote. “We hit it off the moment we met. At a time I felt as if giving up on my dreams was the only thing to do, you told me to stop whining and get to the love of it. I’ll never stop. We will never stop.”

Correction: A previous version of this article claimed that Morningside Park is on the Hudson River; it is not. Additionally, it stated that the band described in the first paragraph was Patient Zero. It now correctly states that it is The Company. The lyrics to the song she sang have been corrected to read “I wanna know why you’re so distant.”