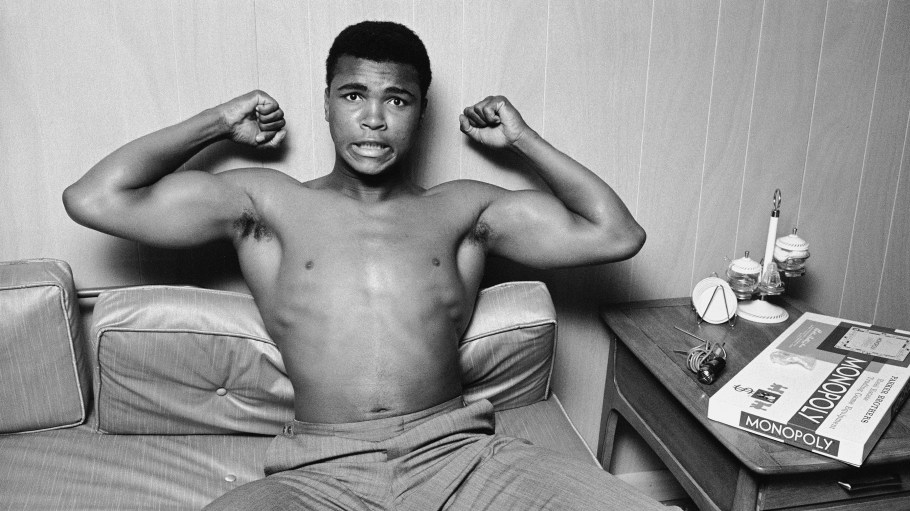 In early June 1963, photographer Steve Schapiro got an assignment from Sports Illustrated to cover a 21-year-old boxer named Cassius Clay. A year later, Clay would become a member of the Nation of Islam — adopting the name Muhammad Ali — but Schapiro says he could already see an inkling of whom Clay would become. “Even then, he was an amazing person,” says Schapiro. “It was the period before he became a Muslim, [but] it was a period in which he’d really had a sense of the world, or was beginning to have one.”

That’s not to say that the world didn’t have a sense of Ali. In 1960, at just 18 years old, Clay had won the heavyweight gold medal at the Olympic games in Rome. Now he was back in his native Louisville, Kentucky, taking a breather before heading to New York, and then to London to fight Henry Cooper, a win that would solidify his place in boxing history. “It was like an interim period for him,” says 83-year-old Schapiro, who spent the early part of his career photographing the Civil Rights movement for publications such as Life. “It was really a different side [that] I saw. He really was extremely quiet and incredibly polite — in every way, just a terrific person.”

Schapiro’s photographs caught him as a son, a heartthrob, an overgrown goofball and a serious thinker: eating his mother’s home-cooked meals, shadow-boxing in her living room, playing with the kids in the neighborhood. (One of those kids, a six-and-a-half year old girl named Lonnie, would later become his wife.) They spent a few days in Kentucky before driving up to New York — the entire time, Ali vacillating between self-admiration and wide-eyed excitement.

A few of those photographs ended up in Sports Illustrated, but the vast majority ended up in storage. That is until a few years ago, when Scapiro decided to put them together in a compendium, out this month from powerHouse books. Included with the collection is an excerpt from journalist Jack Olsen’s 1967 biography Black Is Best: The Riddle of Cassius Clay, as well as a letter written from Lonnie Ali to Schapiro in 2012 after she found out that he was the photographer who’d captured the first moment she met her husband.

Schapiro shares seven of the most moving photographs from the new collection here, along with some of his recollections.