A lot has happened in the three years since the hit podcast Serial had everyone talking about Adnan Syed, a Muslim teenager who was sentenced to life in prison for the murder of his high school ex-girlfriend in 1999. Syed, whose innocence claims had fallen on deaf ears for years, now has thousands of supporters who believe he was wrongfully convicted of Hae Min Lee’s murder. He has also co-authored a best-selling book called Adnan’s Story, and just this week, HBO announced an upcoming four-part docuseries about the case, directed by West of Memphis filmmaker Amy Berg. The most significant development of all since Sarah Koenig turned the podcast world on its head? Syed’s conviction was overturned.

That was nearly two years ago, yet Syed remains behind bars while the Maryland Attorney General’s Office continues to appeal. In March, the Court of Special Appeals (CoSA) also affirmed that Syed deserved a new trial, but last Tuesday, the AG’s office filed a petition asking to appeal the case with the state’s highest court, the Court of Appeals (CoA). If the petition is granted, Syed’s case will stay in limbo for at least another year and a half.

And yet even if the overturned conviction is finalized, Syed will still be facing a retrial. But the decision whether to re-prosecute the case will be in the hands of the State’s Attorney for Baltimore – and it’s unclear who that State’s Attorney will be.

The office is currently occupied by Marilyn Mosby, who has held the position since 2014 and is up for reelection this year. Mosby declined to comment on whether her office, if given the authority, would retry Syed. However, her two Democratic challengers have dramatically different perspectives on the case against Syed: Thiru Vignarajah has spent the last three years leading the legal battle to keep Syed in prison; the other, Ivan Bates, is for the first time taking a strong public stance on the case, telling Rolling Stone exclusively that if elected, he would drop the case against Syed. “The two pieces of evidence that the case relied on have been shown to not be reliable in any way, shape or form,” he says. “There’s not enough information to proceed.”

Because there is no Republican candidate, the Democratic primary on June 26th will effectively decide who’s going to be the next state’s attorney.

Bates has been a defense attorney for years, but he worked for the State’s Attorney’s office when the case was originally prosecuted, and knows many of the players on both sides. In fact, he happened to be in the courtroom on the day of Syed’s 1999 bail hearing.

“I just remember seeing the courtroom divided [between] the Asian community and the Muslim community,” Bates says of the citizens who showed up to support both the Syed and Lee families. “I remember seeing hurt on both sides. Then this young kid comes in and I just remember his eyes, because they looked like [he] was so afraid, like [he] didn’t know what was going on.”

Syed, who was just 17 at the time, was denied bail that day, even though members of the community had put up their own assets as a guarantee that he would not flee the country.

“I remember them talking about the bail, and how they put their houses up, and how it was wrong, that [Syed] was a young man who’s never been in trouble,” Bates recalls. “[The court] was like, ‘Oh, the simple fact that he can put all this together just shows me that he’s a flight risk.’ I remember thinking, ‘Doesn’t that kind of defeat the purpose? ‘Because that would mean that he was going to run out on his entire community. The fact that he had all of them believing in him, that to me was pretty special. I’d never seen anything like that and I don’t really remember seeing anything like that since then.”

Bates didn’t listen to Serial, but he’s familiar with the state’s case against Syed as well as the evidence that’s been contested and introduced during the post-conviction process.

“To me, there’s no doubt whatsoever that a jury could easily find a new outcome,” Bates says. “You have a ‘star witness’ who’s been impeached and pretty much has admitted that he lied.” Bates is referring to Jay Wilds, who testified that he helped Syed bury Lee’s body. In 2015, Wilds told the Intercept an entirely different version, which does not fit with the rest of the state’s timeline. 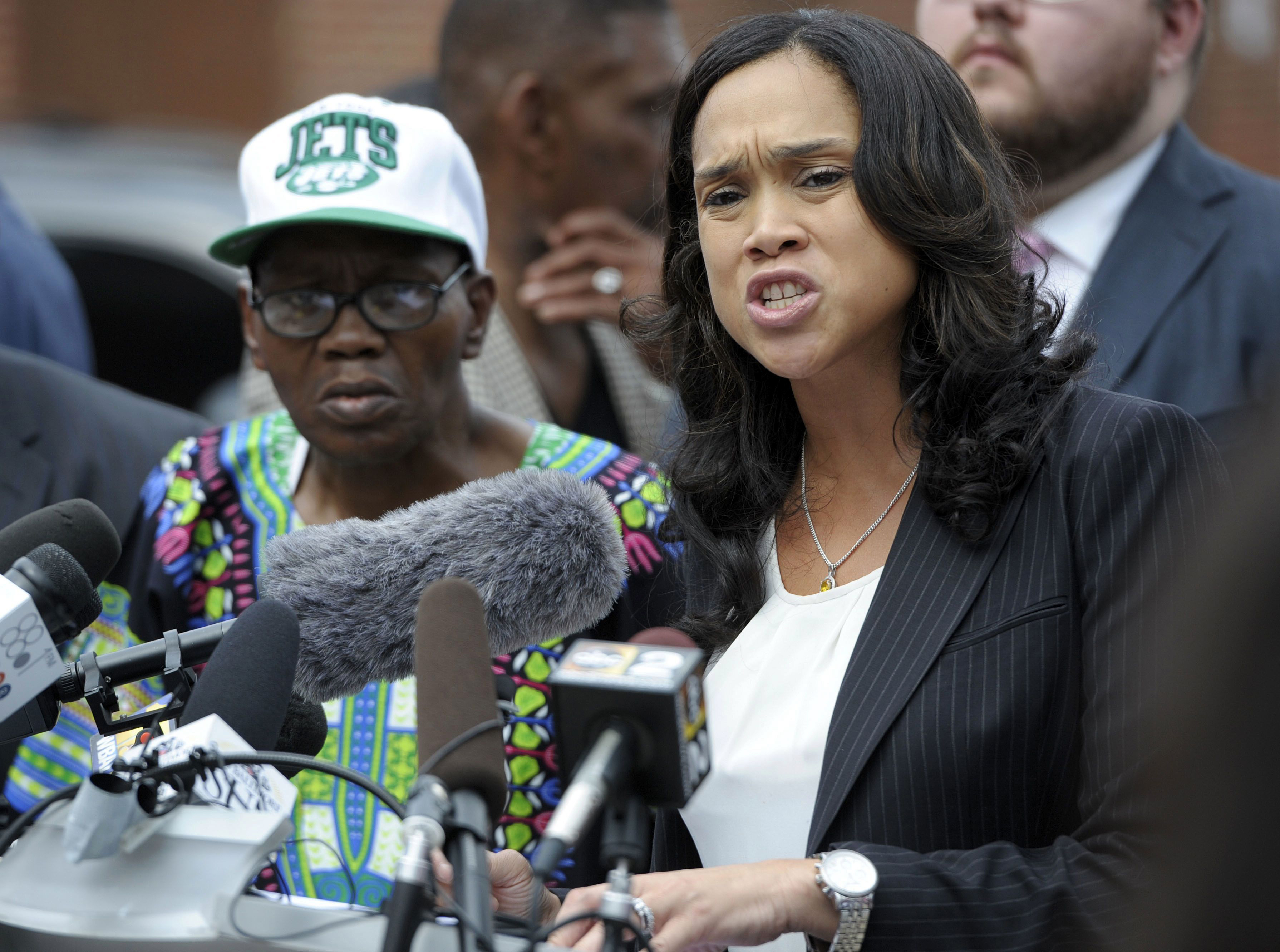 “The strongest piece of evidence to corroborate him was the cell phone tower information, which we now know is not credible,” Bates says. The state’s own expert has since recanted his testimony about two incoming calls on Syed’s phone, which have been deemed unreliable for determining location. “So there’s nothing to corroborate it at all.”

“On the defense side, there’s an alibi witness [Asia McClain] who places herself at the library with the defendant,” Bates says. “That, to me, is huge. The evidence that [the state] had is nonexistent. The star witness is absolutely terrible and has a number of credibility issues, and the witness that the defense has, who wasn’t at the original trial, doesn’t have those same issues and is very believable.”

Thiru Vignarajah, the third candidate in the race, did not respond to Rolling Stone‘s request for comment on whether he would retry Syed for Lee’s murder. However, for the last three years, Vignarajah has defended the conviction on the State’s behalf, and his various appeal filings have emphasized the “preponderance of evidence” of Syed’s guilt, which suggests that he is confident a jury would convict him again.

Vignarajah’s involvement with the Syed case, which began after Serial made it famous, has always been against the norm. His position as Deputy Attorney General was to handle criminal enforcement and consumer protection cases, not criminal appeals. When the case was remanded to the Circuit Court so McClain’s testimony could be heard, he didn’t transfer it back to the State’s Attorney’s Office, which is standard procedure. The case has remained Vignarajah’s even after he left the AG’s Office in January 2017 to work for DLA Piper, one of the largest law firms in the country. He is now listed as a “Special Assistant Attorney General” on court filings – and all while he campaigns for a position that will decide if Syed gets a new trial.

“I have issues with the way that it’s being handled right now,” Bates tells Rolling Stone. “First, [Attorney General Brian Frosh’s office] should never have taken the case from Mosby’s office. But now Vignarajah works for DLA Piper.” Basically, Vignarajah is a private attorney who is determining how the state should spend their money – and who they should prosecute. “I don’t think [Vignarajah] ethically can be in a position to make a decision,” says Bates.

Vignarajah’s run for State’s Attorney, announced in September 2017, also raises questions about his ability to give the case the necessary attention. If Frosh believes that it’s in the interest of justice to spend more taxpayer money appealing Syed’s new trial, one of his own seasoned, full-time prosecutors would certainly have more time.

“It’s clear to me that this is not [Frosh’s] case,” Bates says. “This is Thiru Vignarajah’s case.” (Vignarajah also has not responded to Rolling Stone‘s request for comment about Bates’ remarks.)

While Vignarajah’s association with Syed may have raised his profile, it hasn’t done much to boost his chances in the race for State’s Attorneys, where he’s polling in third place, behind Bates.

“The only thing Thiru does is campaign in the white community to divide the vote,” Bates says.

Vignarajah’s relative restraint in criticizing Mosby’s record has bolstered the theory that he’s only in the race to hinder Bates’ chances and ensure Mosby a second term. So have rumors that her Chief Deputy, Michael Schatzow, plans to retire. The job – and the ability to influence Mosby’s decision about whether to retry Adnan Syed – may have Vignarajah’s name on it.

According to Bates, the evidence that remains in the Syed case would fail to meet the standards for prosecution set by the State’s Attorney, Pat Jessamy, back in 1999 – and would fail to meet his, should he be elected to the position in 2018.