Her creativity helped fuel a technological revolution she knew almost nothing about. Although the Bored Ape Yacht Club — now, arguably, the world’s biggest NFT project — first appeared online in May and quickly started selling for millions, the woman who drew its primary characters had no idea that the collection was a hit until she Googled the name months later.

These cartoonish primates have since generated more than a billion dollars and lassoed mainstreamers into the crypto scene. Yet Seneca — the 27-year-old Asian-American artist who played an integral role in bringing their ideas to life — gets little credit.

Watching NFT enthusiasts graffiti every corner of the Internet with variations of her work has been bittersweet. Imagine casually walking into a museum only to stumble upon your own art hanging on the wall behind velvet ropes; when Seneca logged onto Twitter, where she’s known as All Seeing Seneca, and saw that Steph Curry was using an avatar she birthed as his profile picture, her eyes bulged. “It really took me some time to wrap my head around all this,” she tells Rolling Stone over Zoom. She’s sitting cross-legged on the floor of her living room in her Manhattan apartment, in front of a small gray couch — under which she somewhat haphazardly stores a stack of pastel paintings. “I still am. It’s still quite surreal.”

Behind the couch is her tiny, usually cluttered workspace, which Seneca calls her studio. Born in the U.S. to Chinese parents and raised in Shanghai, Seneca came back stateside to attend the Rhode Island School of Design. After graduating in 2016, and then relocating to New York as a freelance illustrator, this nook became her office. Head down, she concentrated on designing vibrant, at-times fantastical characters à la 2D animation for marketing campaigns and advertisements. (While her paintings were and are more abstract, she was compelled to find a “realistic” way of monetizing her passion.)

With Kim Kardashian Fined $1.3 Million for Crypto Promotion, Which Other Celebs Could Be in Trouble?

How Emerging Tech Like AI and NFTs Could Shape Live Events

When a creative agent named Nicole Muniz spotted her college portfolio — and fell in love with her technique, “down to the lines and brushstrokes,” according to Muniz  — she started connecting Seneca with companies across various industries like healthcare, insurance, green energy, and finance. Last year, Muniz, who’s also known by her pseudonym V Strange, called Seneca with a somewhat left-of-center proposal: Her childhood friend was starting something called the Bored Ape Yacht Club, she had jumped aboard as an advisor, and he needed graphic designers to whip up some images before the still-growing trend of NFTs really took off.

Muniz immediately thought of Seneca’s chameleonic abilities. “She is one of the few artists who can actually draw differently depending on the subject matter and the project,” Muniz — who recently became co-CEO of Yuga Labs, the Web3 company behind Bored Ape Yacht Club — tells Rolling Stone. “That’s very, very, very rare.” Yuga Labs co-founder Gargamel says he was struck by the “expressiveness” of her characters. “There’s a whole mood that gets conveyed,” he tells Rolling Stone via email. “For the apes, we arrived at exactly the mood we were after: existential boredom.” Muniz agrees: “She’s particularly skilled at expression and bringing characters to life.” 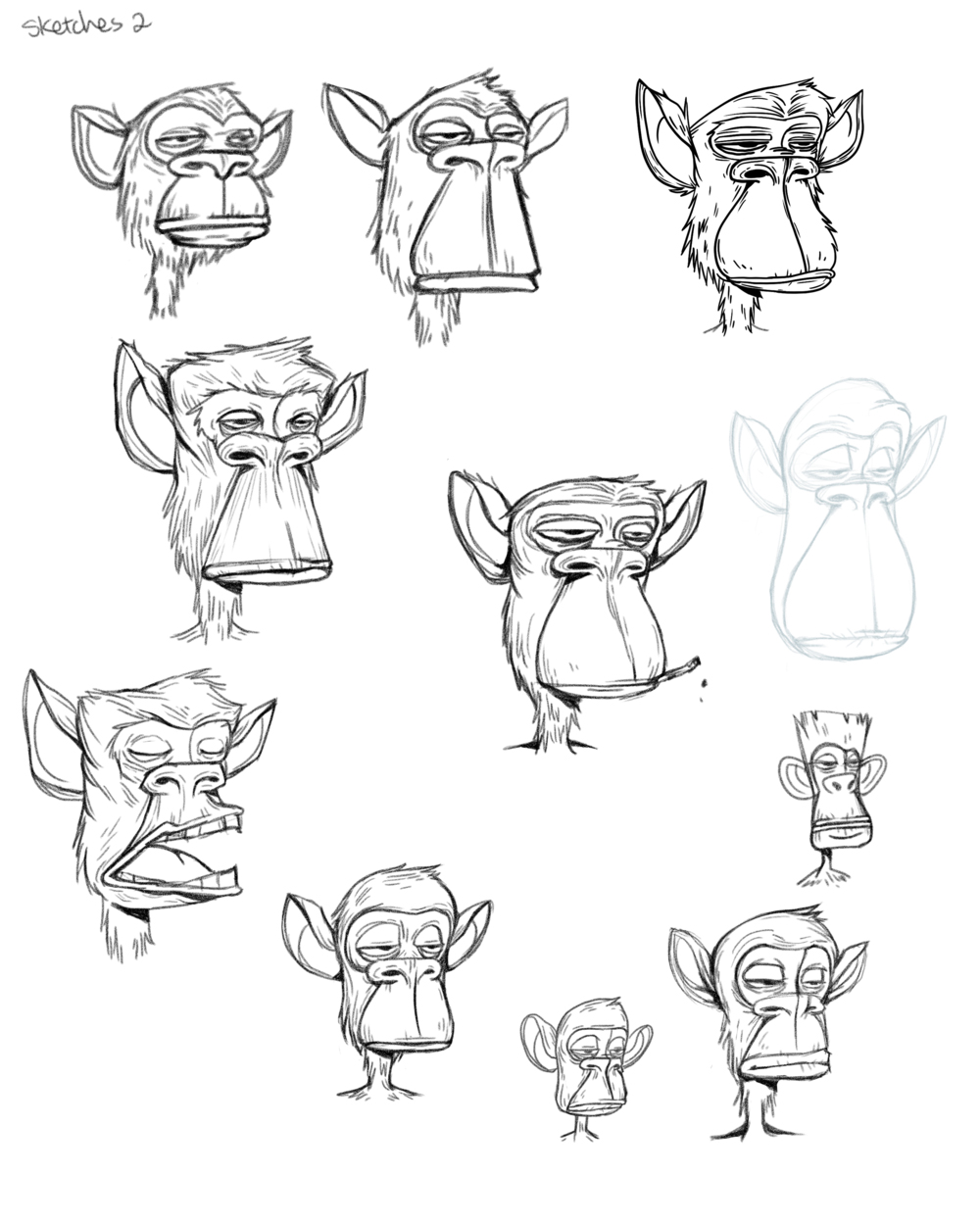 Though Seneca wasn’t familiar with NFTs at the time, Yuga Labs gave her a lot of room to play in the collaboration. “They said, ‘We want punk apes. What do you think that would look like? What kind of style would you like? What do you think will look good?’” She imagined herself as an ape’s neighbor in a grungy city where the primates roam free as citizens. She saw “an ape that’s kind of jaded and tired of life but has all the money and time in the world, and hangs out at a metal bar” and ran through fictitious interactions with the creature. “That’s where that idea came from.”

Creating the apes’ aesthetic poured out of her naturally: A self-declared metalhead, Seneca plays a Gibson SG — which Muniz says she “slays” — and listens to bands like Megadeth, Behemoth, and Bullet for My Valentine. But she’s also a lover of Nineties gross-out animation, from which she drew inspiration. “I just love the grit of it all,” she says.

To be clear, Seneca was not the project’s sole illustrator. “I am the lead artist behind the original collection,” she says. The ape body itself, she adds, is “exactly line-for-line” her drawing. Other production artists — “Thomas Dagley, Migwashere, and a couple who chose to remain anonymous,” according to Gargamel — handled the traits and environment. However, she points out, she did develop some of the major traits, like the grinning mouth, the popping eyes, and the beanie.

“Not of ton of people know that I did these drawings, which is terrible for an artist,” she says. Word of mouth has been growing, though, and she hopes that will help her find more collaborations. In the meantime, she’s focusing on her solo work.

In December, Seneca dropped her debut series of NFTs under her own name as part of a collection called Iconoclast at Miami’s Art Basel. The four pieces she contributed were minted on Ethereum and hosted on what’s called the Internet Computer blockchain. (Hosting the NFTs on the Internet Computer should ensure that the NFT artwork lives forever on a public blockchain without threat of a takedown or cloud-outage issues.)

The pieces ended up generating 23.7 ETH, which equates to about $84,000 at press time. She says it’s enough to pay the bills and then some, giving her the luxury of unadulterated time to craft her next series, which she hopes to unveil in February. Plus, she gets to unleash a mesmerizing personal style that’s been many years in the making and still evolving. “Her art is very evocative of a woman in progress,” says Ken Wong, an illustrator who art directed Seneca’s favorite video game, Alice: Madness Returns. (Wong met while he was working in Shanghai. Seneca approached him after he gave a speech about his profession at her high school; she says “he really introduced the world of illustration to [her].”) “If you were to label Seneca’s work, you could [call it] pop surrealism, but that might be a bit reductive… She’s exploring. She’s finding her voice amongst pre-existing voices. She’s evolving by trying on different art styles, and I can really relate to that.”

Despite technical shifts in her approach, her images often encapsulate a soft childlike wonder that contrasts a harsh, existential darkness. “It’s a combination of being very personal and very pop at the same time,” says Wong. “The shapes that she uses — these organic, flowing shapes are very dreamlike with surreal color schemes — I think they speak to how she views things deep inside her head. But, at the same time, it’s through a lens of pop culture. It’s almost like she’s trying to rationalize herself in the context of the world.”

That sentiment comes across quite literally in a piece called “Delirium” from the 2021 Art Basel collection, in which flora, fauna, and limbs bust out of the gaping eye sockets of a girl’s unnaturally oblong head. “That’s me being like, ‘You know, everything’s kind of fucking crazy, and that’s okay,” Seneca says. “That’s how your mind works.”

Another piece, titled “Can I Be M0ther,” shows the same girl. This time, though, her bug-like eyes appear pastel and prismatic as they shed thick, gloppy tears. It’s unclear whether veins, wires, or threads are slithering out of them. The strands fall, wrapping around her outstretched hands, which are cradling what appears to be a malfunctioning toy ape. “As a commercial artist, I saw myself as a kind of surrogate,” she explains. “Since art is such an emotionally charged extension of you, it’s deeply personal and, to a certain extent, you have to distance yourself from that work in order to give it away. That piece is very much me saying, ‘Can I reclaim my work? Can I reclaim my identity as an artist?’”

Part of that identity, Seneca says, is guided by the lucid nightmares that have plagued her from as far back as she can remember. Her earliest memory is a nightmare she had at three years old. “I was in a stroller,” she recalls. “I had this feeling of being small and vulnerable.” She doesn’t go into greater detail, but realizes those themes have consistently trickled their way through her work, which she says is inspired by cosmic horror — a genre wherein the crushing weight of being a small speck within the vast unknown is the most terrifying villain.

“I was more interested in being in my imagination than reality,” she says of her early years, noting that she kept to herself most of the time, was mute for the majority of her childhood, and sometimes experienced “wide-awake hallucinations.”

She remembers going through all her deepest fears before bedtime, thinking that if she addressed them head on, they wouldn’t pop up in her nightmares — but oftentimes that backfired, keeping her awake instead. “I didn’t want to sleep because I was terrified of this world I would jump into,” she says. 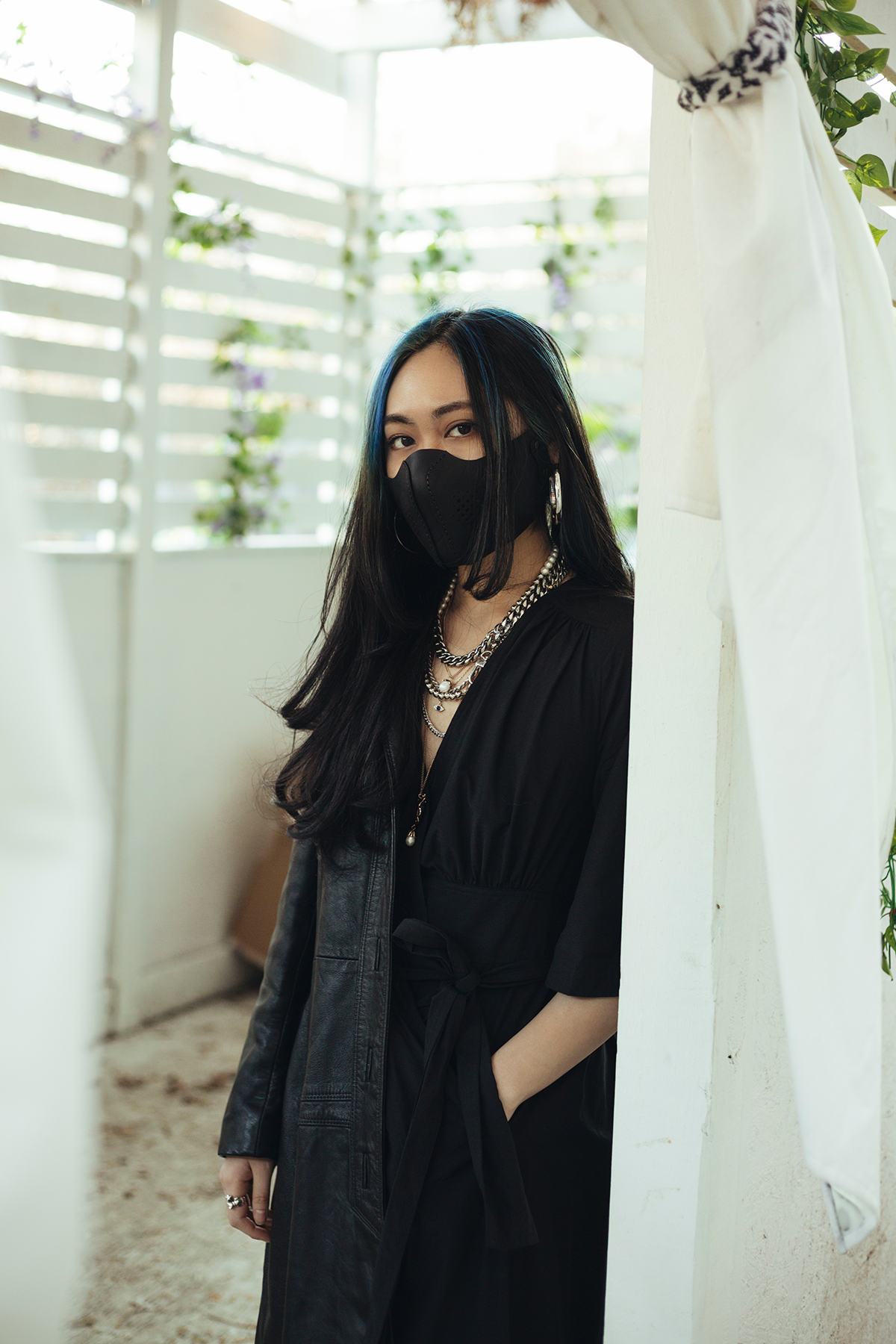 Only recently has Seneca come to accept “that madness part of it” — turning the “surrealism and non-sensical dark art” inside her into something beautiful, which she finds therapeutic. “It’s why I do what I do,” she says before admitting this isn’t something she shares with a lot of people for the fear of being considered “insane.”

Lucky for her, insanity, or some version of it, is welcome in Web3: Crypto couldn’t exist without an urge to deviate from the norm. She hopes the sector thrives for years to come. Her experience with the Bored Ape Yacht Club “taught [her] a lot of life lessons,” and she urges aspiring creators to make sure they understand NFTs and smart contracts, ask for royalties, and know the potential. “Be strong in your convictions and work extremely hard,” she says. “And be patient with yourself. Be kind to yourself. Things move very, very fast on crypto-Twitter and in this space. As long as you keep an eye on it, but pay no mind and just focus in your lane, you’ll do fine eventually.”

Of course, “fine” is relative. While she’s not able to discuss financial specifics, her compensation, she says, “was definitely not ideal.” However, she insists, she’s grateful for the experience and the entryway to a realm she can no longer imaging living without. She’s since fallen hard for the idea of NFTs, because they can authenticate and preserve art, provide creators with royalties, and make the art world more inclusive and less reliant on the gallery system.

She sees her second series — which she says will be digital but also involve other mediums — as an extension of the surrealist groundwork she’s laid, but bolder. She’s cagey in discussing works in progress but adds that she’s been putting emphasis on mental health and the power of strong women. The new work just might contain “a few criticisms,” too.

“I’m very optimistic about the space,” she says. “I’m using that as a driver.”

J.D. Fortune on Fronting INXS: 'I Had It All In My Hand, And I Couldn't Hold Onto It'

As 'Blonde' Goes No. 1 on Netflix, Viewers Lash Out: 'So Sexist,' 'Cruel' and 'One of the Most Detestable Movies' Ever Made