When PJ Vogt was first diagnosed with OCD late last year, he never would have guessed that what seemed like disorder would help him create the most popular podcast episode of his career. He also couldn’t have predicted that said podcast would drop at a time of intense anxiety, thereby becoming a balm to more than a million listeners seeking solace in the midst of a global pandemic.

“We made the episode in a completely different time than the one we’re living in now,” Vogt tells Rolling Stone. He’s currently sheltering in place in Crown Heights, Brooklyn, as his teddy bear of a pup, Ralphie, goes HAM on a squeaky toy. “The episode was about the small things that kind of set your brain on fire — you can’t put them away and you’re not sure why and you’re not sure what’s going on. Now, all the conversations I’m having with everyone I love and care about is that we are all massively living in intolerable uncertainty. I think, in one way, it’s just a nice replacement. It’s like, ‘OK, well here’s a difficult question that is actually answerable and that isn’t important.’”

The episode in question is “The Case of the Missing Hit,” the 158th edition of Vogt and partner Alex Goldman’s massively popular podcast, Reply All. It first aired on March 5th, and soon had fans enthralled by the tale of a California filmmaker, Tyler Gillet, who can recall part of an old Nineties song, but can’t find it anywhere on the internet.

Gillet goes to great lengths to track down the origins of the song before Vogt and Co. get involved, even recording the whole thing himself — crafting vocals and instrumentals using only his voice. Vogt could relate to Gillet’s struggle; his OCD often leads him to focus on random and strange questions and ideas for days at a time. So, when the Reply All team stepped in, they did so with gusto.

Vogt and Co. brought Gillet to a studio in L.A., where they created a version of the track with professional musicians, hoping to feed it into an app that identifies songs. When that failed, they shopped the song around to myriad professionals — including Rolling Stone staffers and the frontman of the Barenaked Ladies, Steven Page (the song bears a striking resemblance to the band’s 1998 cut “One Week”).

Through various nail-biting contortions, the team manages to find some resolution, but we won’t spoil the surprise for you here. You’ll just have to listen to the episode.

Vogt isn’t able to share numbers, but a rep for Gimlet media, the podcast’s platform, told Rolling Stone: “Since the release of the latest episode, ‘The Case of The Missing Hit,’ we’ve seen upwards of 35% listening growth across all platforms, and still surging.” According to the podcast website, the show is downloaded 5 million times per month. 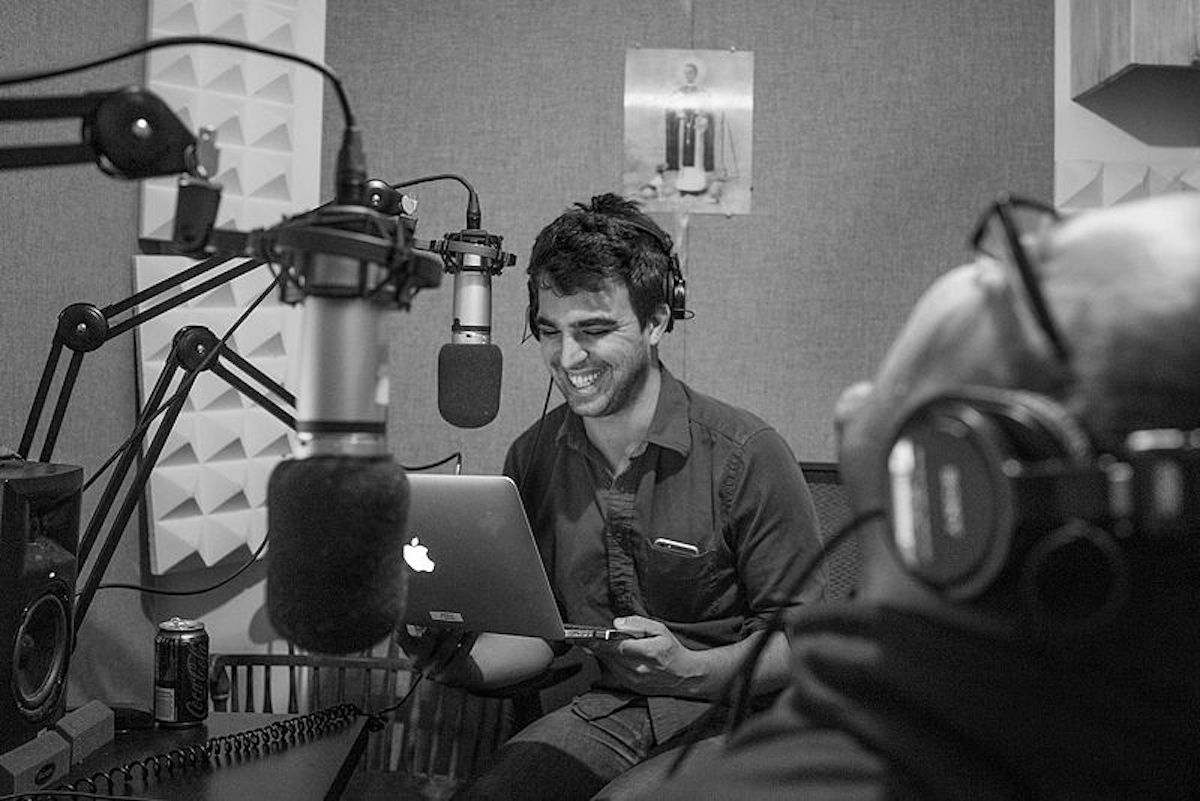 “I feel a little bit silly that I didn’t see it coming,” Vogt says of the episode’s success. “Internally, it was a story we were enjoying a lot and when we got an actual answer, people were pretty thrilled. We published it at a time where people are definitely happy to find something that preoccupies them. I think that’s part of what’s going on. I think I also underestimated how universal a frustration it is to have a dumb pop song stuck in your head that you can’t get out — something that you feel like should be Googleable. We’re so spoiled.”

Vogt says the mystery musician’s Spotify streams have increased since the episode aired and that Reply All fans have found the song cropping up in their Discover playlists. “I think the algorithm figured out that if you listened to Reply All, that song was going to be stuck in your head,” he says.

And stuck in your head it will be. A catchy mix of U2 and the Barenaked Ladies, it’s a purely Nineties confection replete with imagery of Bettie Page, ice cream sundaes and Venus de Milo in a G-string.

“We made an internal goal to see how many times we could play the song in the story,” Vogt says; he reckons it crops up seven times. “We’re trying to not just tell you the answer to the question, but make you feel the way we felt. That song was haunting my life. Like, my every waking moment was that song. If you can make it through that story and not have that thing grilled into your cerebellum you’re made of stronger stuff than me.”

The episode dropped just as concerns over the COVID-19 virus started to mount, and Vogt says that it’s a comfort in uncertain times. If listeners can take a break and devote their brainpower to a maddening yet simple problem, it could give them a respite from facing down social distancing, constant hand-washing and diminishing toilet paper supplies.

As for how Vogt is coping? “I feel like if you’re a person who thinks for a living or someone who has a brain job, which is a lot of people, you forget that you have a body,” he says. “Sometimes, you have to do something physical to change the channel. Like literally dunking my head in cold water. It’s weirdly really helpful for me. Very goofy. It works.”

“A lot of people have been working on anxiety and working on coping skills for things much smaller than this that felt big,” he adds. “In some ways, it’s like the marathon we’ve all been training for. I can control myself 22 hours a day. Two hours a day, I just freak out.”

And the podcast? Vogt and Goldman are recalibrating and focusing on what their listeners need right now when it comes to future episodes. If history serves, though, good old-fashioned mysteries — and Nineties hits — are always appreciated.