Out and Proud: Inside the Fight for Trans Service Members - Rolling Stone
×
×

“This is the only president who has turned his back on as many as 15,000 transgender service-members,” says Sheri Swokowski, a transgender veteran who served in the Wisconsin National Guard for 35 years. “Even since [President Trump’s] tweets, they are still getting up every morning, putting on their uniforms, lacing up their boots and doing their job to the best of their abilities. That speaks volumes to the [transgender] folks who are out there on active duty.”

That’s one of the things our current commander-in-chief hasn’t taken into consideration. While it may be the first time in 55 years transgender individuals are allowed to enlist in the military – no longer deemed unfit due to “behavioral disorders evidenced by transvestism” – the National Center for Transgender Equality estimates there are over 134,000 American transgender veterans. As Swokowski says, “We’ve been serving the entire time.”

Nevertheless, it’s proven challenging to allow transgender men and women to openly enlist. The ball really started rolling with previous Defense Secretary Chuck Hagel, who in 2014 said that the military should “continually” review its prohibition on transgender people in the armed forces. Hagel’s Defense Secretary successor, Ashton B. Carter, continued with Hagel’s plan to include transgender people in the military by commissioning an extensive study from the RAND corporation, whose mission was to determine the eligibility and cost of transgender soldiers. 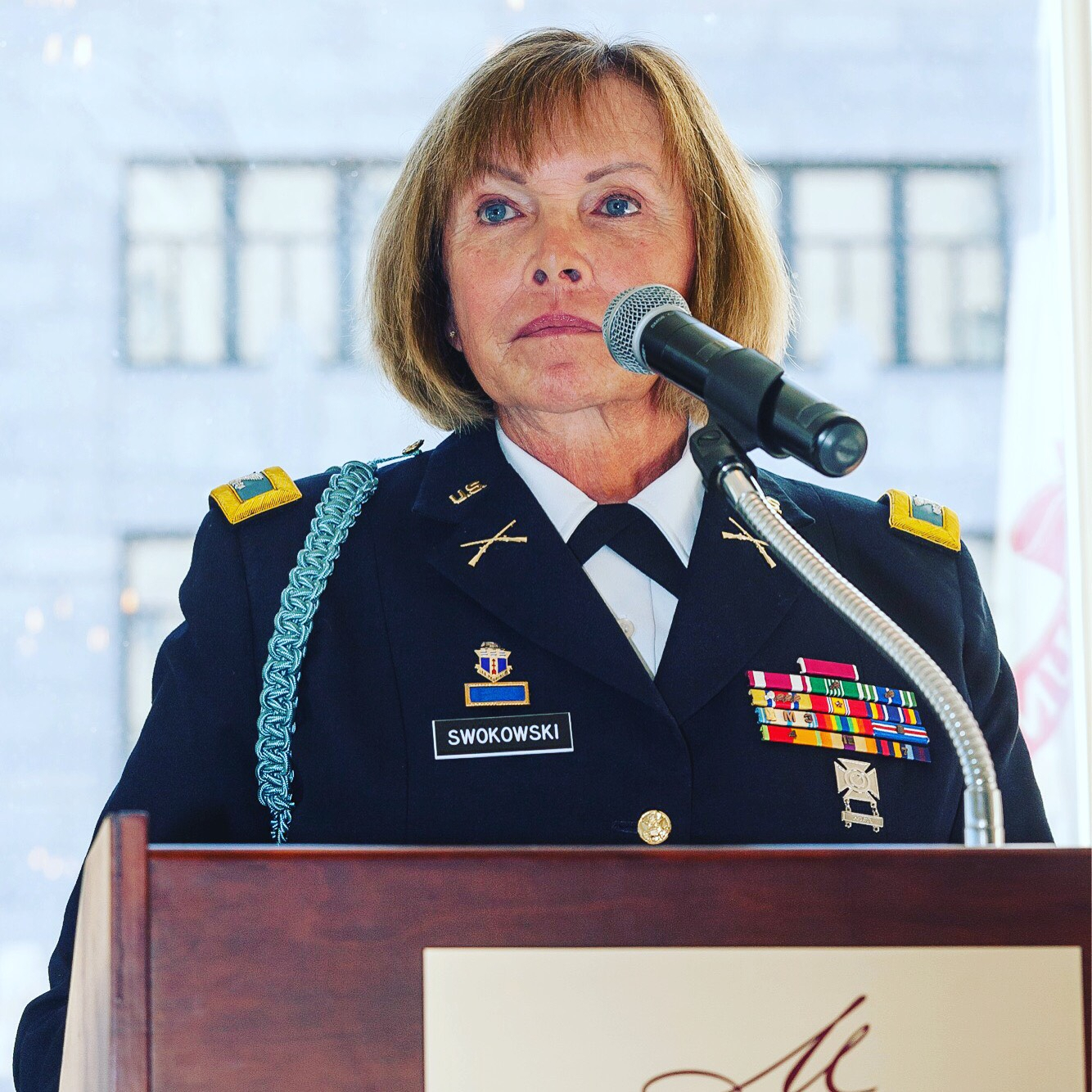 The cost of transitioning procedures were estimated at $2.4 to $8.4 million annually, representing a 0.04 to 0.13 percent increase in active-component health care expenditures. By contrast, according to an analysis by the MilitaryTimes, the military spends 84 million dollars annually on erectile dysfunction medications, 10 times the cost of annual transition-related medical care for active transgender service members.

In large part due to the data produced in the RAND study, Carter announced on June 30th, 2016, “Effective immediately, transgender Americans may serve openly. They can no longer be discharged or otherwise separated from the military just for being transgender.”

The process of entering military service was supposed to be opened to transgender individuals starting July 1st, 2017, provided they meet the same physical and mental fitness standards as any other applicant.

However, on June 30th, 2017, the eve of the deadline, current Defense Secretary Jim Mattis, delayed the plan approved under the Obama administration by six months, suggesting more time was needed before making a decision. As of January 1st, 2018, transgender soldiers were allowed to enlist in the military – but then Secretary Mattis reissued a new memo on March 23rd, stating that transgender individuals are “disqualified from military service except under certain limited circumstances,” claiming that the results from the RAND study were in fact, inaccurate. On April 13th, a federal court claimed there was no additional evidence presented as to why transgender soldiers shouldn’t be allowed to serve. Thus, the preliminary injunction the court previously granted remains in place, preventing the implementation of the ban pending a future trial.

But now, though the law is in a somewhat transitionary state, many transgender soldiers no longer feel the need to conceal their true gender, which previously left them with a difficult choice: Either enlist in the military, concealing their identity, or forgo their dream of serving the American people.

“I sacrificed my authenticity out of love and respect for my family and the profession I loved in order to keep serving,” Swokowski says. She worked her way up the ranks, to an infantry company commander, retiring at the rank of Colonel O-6, making her the highest-ranked, out transgender veteran in the United States.

During her time in service, she did not disclose her true gender identity to anyone with whom she worked.

“To this very day, [I wonder] how much better of an officer I would have been if I was allowed to transition while serving,” Swokowski says.

Only after retiring from service did she come out publicly. It was no easy feat suppressing her true identity for nearly three dozen years. “There’s nothing like being an infantry company commander to make you compartmentalize your feelings even more.” 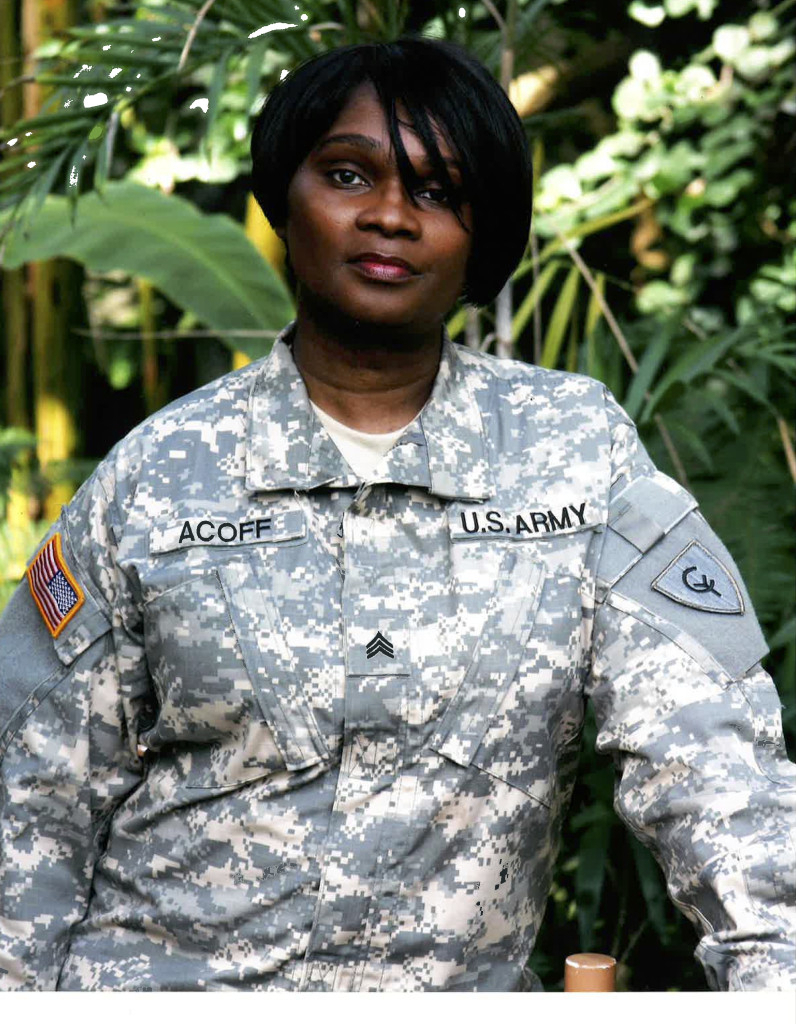 Kimberly Acoff, 51, is another transgender woman who was forced to serve in the shadows. Only she underwent gender confirmation surgery a year prior to enlisting in the Army. While her family and friends back home knew, she didn’t reveal to anyone in the military that she was transgender, and served as a female. At no point was her transgender identity revealed, although there were times she suspected that some people in the military may have known.

During the medical evaluation she suspected they may reject her. “I figured they’ll tell me, no [you’re ineligible to serve],” she says. However, they didn’t do an in-depth physical, just a general medical evaluation, and so she passed.

She compares her experience to her older, light-skinned family members, who passed as white decades ago in order to secure jobs. “I felt every pain that they felt,” she says. “I was not afforded the privilege to proudly serve as my authentic self. This robbed me of [my] humanity.”

Despite being closeted in the military, Acoff still looks back on her military experience fondly – serving allowed her to be proud of something and “removed so much of the shame that I endured for so many years of my life,” she says. “The cards were stacked against me. For the better part of my life, I was losing the battle, until I became a soldier. Then I had an ‘Aha’ moment.”

Acoff credits her military training with becoming who she is today. “[I] secured a professional job working for Indiana’s State Government, [where I] ensure the safety of children in their homes, and serve people with mental and physical disabilities,” she says. “[I] contribute to my community by advocating for teen transgender rights, and I’ve become a role model in my family, helping move aunts and cousins from welfare to work.”

She notes that if her true identity were found out earlier, “I would have been kicked out [of the Army] and my dreams and ability to help others would have been ruined.”

Nicolas Talbott grew up on a small family farm in Ohio, and currently works as a substitute teacher. Since he was a little kid, Talbott always wanted to join the military, but it wasn’t until the 24-year-old transgender man completed a college course focused on global security and counterterrorism that he decided he was going to enlist. 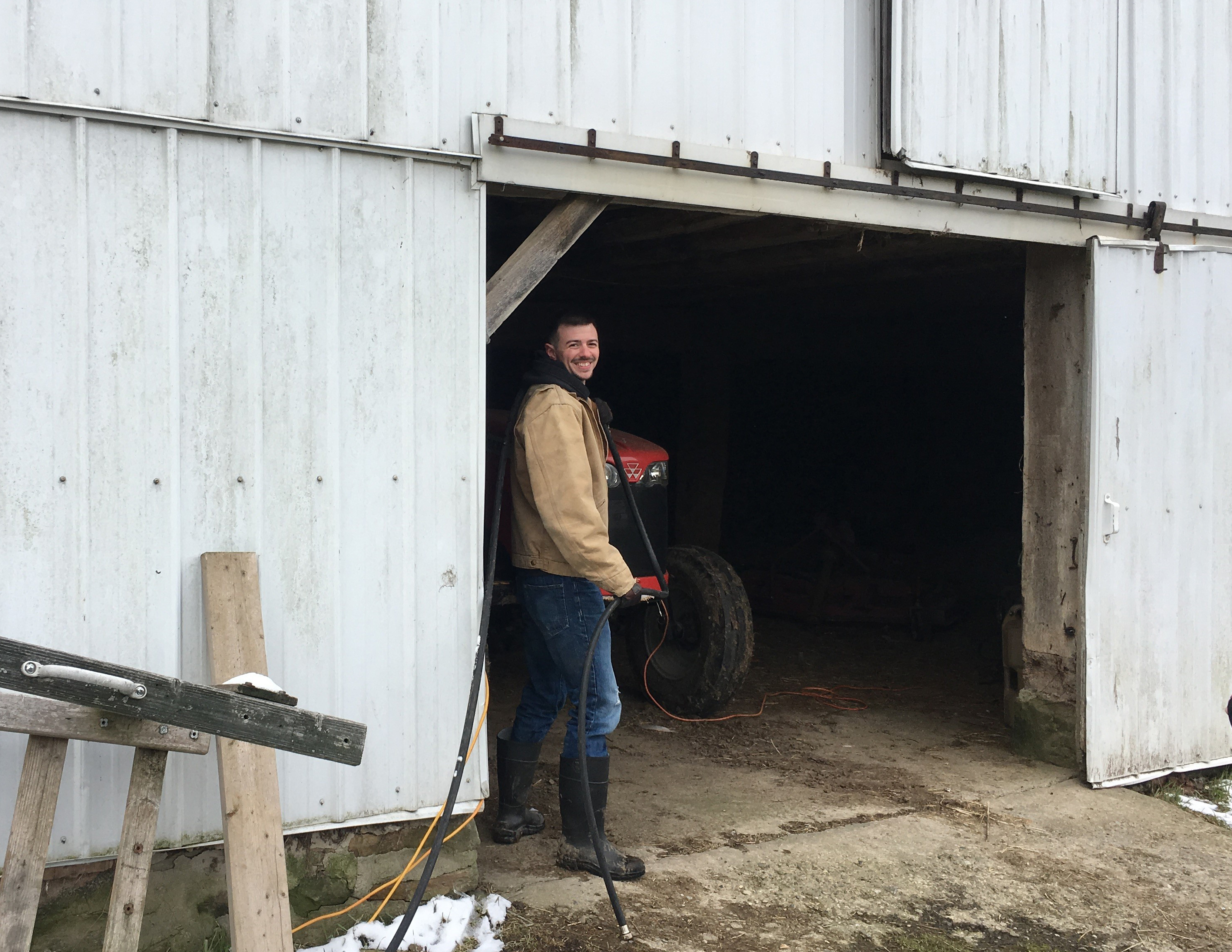 Talbott describes global security and counterterrorism to Rolling Stone as his passion. “And the military was going to be the best avenue for me to not only work in a field I’m passionate about but to also expand my skills and really contribute the most I can possible give,” he says.

Despite Trump’s attempts to turn him away, Nicolas – along with his recruiter – are confident that he will enlist in the Air National Guard soon.

“I’m just waiting on paperwork,” he says. “[There have been] no issues [so far]. My recruiter and I are very confident that I’m fully qualified and capable of military service.”

Growing up, Talbott’s family didn’t care about politics. “We care more about what’s going on with the cows and the chickens,” he says. His desire to join the military isn’t rooted in a deep sense of patriotism, but rather, Talbott believes it’s the best avenue to help others.

“I’ve always had the personality where I wanted to help and protect other people,” he explains. “I really think that military culture is very much aligned with that part of my identity. I think it’s the best avenue to not only grow in my own field, but to use those skills to contribute to better the military.”

Talbott says serving under the current commander-in-chief has in no ways influenced his decision to enlist. The way he sees it, he doesn’t serve a president, he serves his country, the American people and the constitution.

“Regardless of who’s the commander-in-chief, the big thing is service to others and my country,” Talbott says.

The future service member also makes clear that there’s nothing about being transgender that makes him or any other transgender person less qualified to serve. “We’re regular people like everyone else out there trying to live our lives,” he says.