'Making a Murderer': Everything That's Happened Since Season One - Rolling Stone
×
×

It’s been nearly three years since Netflix’s Making a Murderer brought international attention to Manitowoc County, Wisconsin, and had just about everyone talking about whether Steven Avery and his teenage nephew, Brendan Dassey, had been framed for the 2005 murder of Teresa Halbach. The 10-part docuseries — created by filmmakers Laura Ricciardi and Moira Demos — covered the police investigation, the defense teams’ trial preparations, and the eventual convictions of both Avery and Dassey, provoking major doubts as to their guilt along the way. There was backlash too, from both Wisconsin law enforcement and some critics, claiming the series was biased in Avery and Dassey’s favor.

On Friday, October 19th, Netflix will finally drop the second season of Making a Murderer, which catches up with the Avery/Dassey clan and documents the ongoing legal battle to free them from prison. A lot has happened in both cases over the last three years, so here’s a refresher.

December 18th, 2015: Making a Murderer is released on Netflix.
Ricciardi and Demos began filming the series back in 2005, shortly after Avery was arrested for Halbach’s murder. They were drawn to the case after learning that Avery had already spent 18 years in prison for rape, only to be exonerated based on DNA evidence in 2003. At the time of his arrest for Halbach’s murder, Avery was suing Manitowoc County and several members of local law enforcement for $36 million. After he was indicted for Halbach’s murder, the case was settled for just $400,000.

January 2016: A ratings boom brought the public rallying around Avery and Dassey.
Within 35 days of its release, nearly 20 million people in the United States had watched Making a Murderer and protestors were showing up to picket in front of the Manitowoc County Courthouse. A White House petition demanding a pardon for Steven Avery exceeded the 100,000 signature threshold needed to garner a response from the Obama administration. “The President cannot pardon a state criminal offense,” the White House said in a statement released in early January 2016.

January 2016: Avery filed his last appeal, right before hiring wrongful conviction attorney Kathleen Zellner.
Making a Murderer brought Avery’s case to the attention of Chicago defense lawyer Kathleen Zellner, who is credited with the exonerations of 18 wrongfully convicted clients. Just before Avery’s appeal made news in January 2016, Zellner announced that she, in partnership with the Midwestern Innocence Project, would be taking on Avery’s case. Zellner, who has a track record for being extremely thorough in her vetting of potential clients, warned, “Don’t hire me if you’re guilty, because I will find out.” 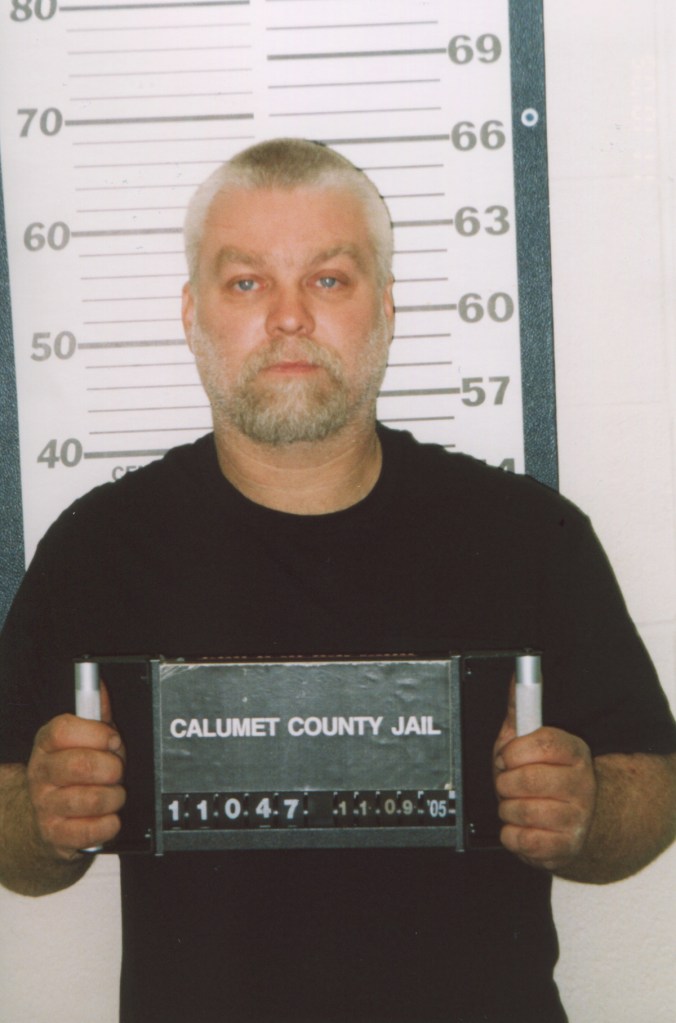 January 2016: Wisconsin law enforcement defended the convictions.
In late January 2016, Ken Kratz, the former Calumet County District Attorney who prosecuted both Avery and Dassey, announced that he would be writing a tell-all book about the case, telling law enforcement’s side of the story.

March 2016: Avery’s trial attorneys hit the road.
Avery’s trial attorneys Dean Strang and Jerry Buting were arguably the heroes — and some would say unexpected heartthrobs — of Making a Murderer, thanks to their crushingly earnest insights into the failures of the justice system. In March 2016, the pair announced they were packing up their normcore sweaters and going on a Conversation on Justice Tour, using their sudden and somewhat uncomfortable fame to draw further attention to the criminal justice issues seen in Making a Murderer.

July 2016: Netflix green-lights a second season.
In July 2016, Netflix announced that the Avery and Dassey families, as well as the defendants’ attorneys, were on board for Making a Murderer season two, which would document the post-conviction process in Avery and Dassey’s cases.

August 2016: Dassey’s conviction is overturned.
In August 2016, Wisconsin federal Judge William Duffin overturned Dassey’s convictions for murder and sexual assault, writing in his ruling that there were “significant doubts as to the reliability of [his] confession.” Duffin went on: “These repeated false promises, when considered in conjunction with all relevant factors, most especially Dassey’s age, intellectual deficits, and the absence of a supportive adult, rendered Dassey’s confession involuntary under the Fifth and Fourteenth Amendments.” Judge Duffin also ordered that Dassey be released from prison. 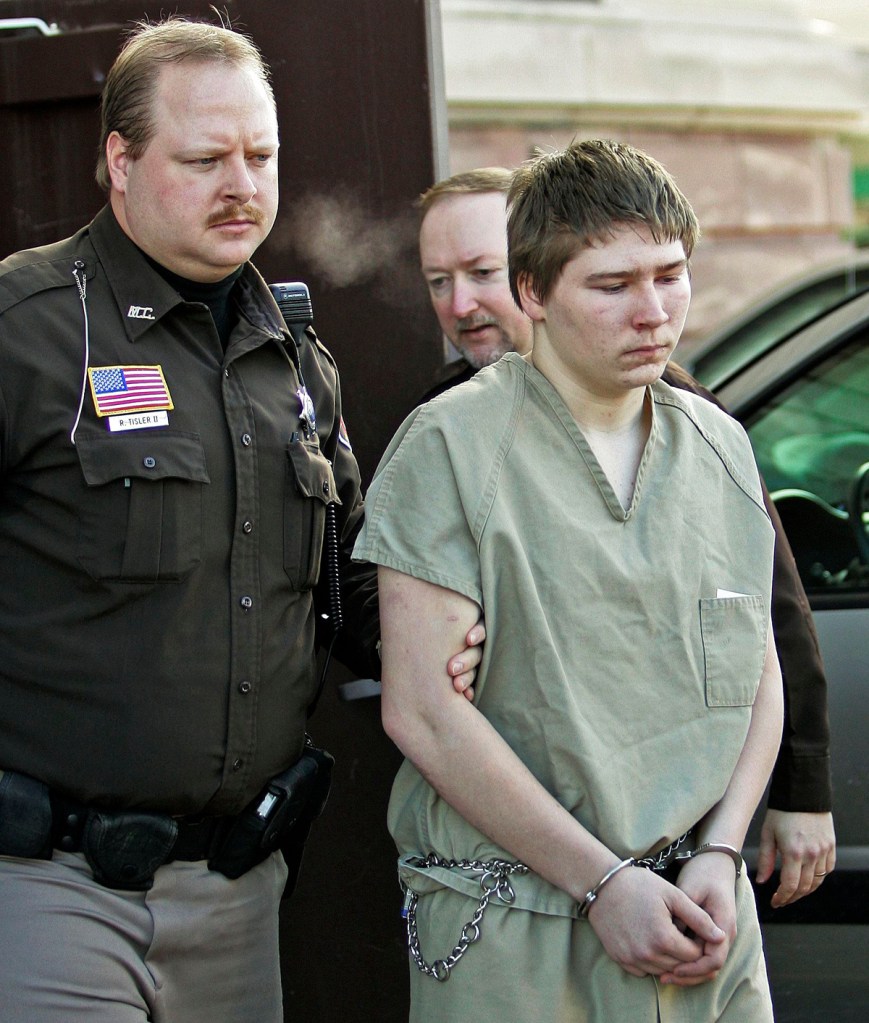 August 2016: Zellner demands new scientific testing.
In August 2016, shortly after Dassey’s conviction was overturned, Zellner filed a motion demanding new scientific testing on the evidence in Avery’s case. Her 45-page filing explained that Avery was willing to pay for “the most comprehensive, thorough and advanced forensic testing ever requested by a criminal defendant in the State of Wisconsin.” Zellner made it clear that she expected the test results to prove that Avery had been framed by members of law enforcement and laid out her theory for how various pieces of evidence were planted on the Avery property. Speaking to reporters outside the courthouse, Zellner said, “We are going to get to the bottom of who killed Teresa Halbach.”

September-October 2016: Avery’s love life makes headlines.
Avery’s romantic life hasn’t gotten any less complicated behind bars. After calling off his relationship with longtime girlfriend Sandy Greenman (also seen in MaM), in September 2016, Avery announced his engagement to a Las Vegas woman named Lynn Hartmann. Though they had apparently been “dating” for eight months, they had only met once; by October, the engagement was called off.

October 2016: Prosecutors appeals Dassey ruling and opposed his release.
In October 2016, prosecutors for the State of Wisconsin filed court documents opposing Dassey’s release from prison and appealed the overturned conviction to the U.S. Court of Appeals for the Seventh Circuit. They claimed Dassey’s confession was legitimate and voluntary and that his release would present a “danger to society” and “irreparably harm” the Halbach family. The following month, the Seventh Circuit blocked Dassey’s release and ordered that he remain in jail pending their decision.

November 2016: Zellner’s request for new scientific testing is granted.
In late-November 2016, a judge granted Zellner’s request after she and the Attorney General’s Office came to an agreement on nine pieces of evidence to be tested, including blood flakes from the floor of Halbach’s vehicle, bloodstains from the front seats, a swab from the car’s ignition area, and a bloodstain swab from the rear passenger door.

June 2017: Zellner files a massive motion for post-conviction relief and demands a new trial for Avery.
Nearly a year and a half after taking on Avery’s case, Zellner dropped her most significant court filing to date — a 1,272 page motion for post-conviction relief, the only other avenue towards overturning a guilty verdict besides a standard appeal. With a regular appeal, the defense asks a higher court to review the trial record and makes specific claims about those proceedings that they believe warrant a new trial; post-conviction motions, on the other hand, are filed with the trial court and allow the defense to make new claims that go beyond the scope of the trial proceedings.

Zellner’s motion hit a trifecta of claims, arguing: 1) that Avery’s previous attorneys provided ineffective assistance of counsel in over a dozen ways; 2) that investigators and prosecutors committed four Brady violations by concealing four pieces of exculpatory evidence that would have been favorable to Avery’s defense; and 3) that there was new evidence that disproved the State’s theory, and demonstrated Avery’s DNA was planted on Halbach’s car. Zellner also included an affidavit from a neuroscientific expert swearing under oath that the results of brain-fingerprinting tests (purported to be like an advanced lie detector) proved Avery’s innocence.

Of particular interest to the media was Zellner’s claim that Halbach’s ex-boyfriend, Ryan Hillegas, had the motive, means and opportunity to kill her, mislead investigators and planted evidence on the Avery property. Hillegas was seen in trial and news footage featured in Making a Murderer’s first season. Hillegas has not publicly responded to Zellner’s allegations.

June 2017: A federal appeals court affirms Dassey’s overturned conviction.
In June 2017, a three-judge panel from the U.S. Court of Appeals for the Seventh Circuit denied the State of Wisconsin’s appeal and declined to reinstate Dassey’s conviction. Two of the three judges agreed with Judge Duffin’s decision that Dassey should be given a new trial, while one judge dissented.

October 2017: Avery is denied a new trial.
While Dassey was awaiting a decision from the judges of the Seventh Circuit, Sheboygan County Circuit Court Judge Angela Sutkiewicz responded to Zellner’s 1,272 page motion in the Avery case by denying him a new trial. Zellner told Rolling Stone she would be filing a motion to vacate the judge’s decision because it was based on an incomplete record that did not yet include the results of all the approved scientific tests and additional witness statements. Zellner said Sutkiewicz’s six-page decision contained “clear factual/legal errors” and “failed to even address certain issues.”

October 2017: Zellner appeals the ruling in Avery’s case and points at Bobby Dassey as a new suspect.
At the end of October 2017, Zellner, as promised, appealed Sutkiewicz’s ruling and submitted new evidence and witness affidavits that had not yet been filed with the court when the judgement was handed down. Her 54-page filing pointed fingers at a new suspect: Bobby Dassey, Brendan Dassey’s older brother and a key witness for the prosecution at Avery’s trial. In addition to claiming that Bobby Dassey lied in his testimony, Zellner alleged that new forensic testing performed on the Dassey family computer recovered “images of Ms. Halbach, many images of violent pornography involving young females being raped and tortured” that had been accessed at times when only Bobby Dassey was home. 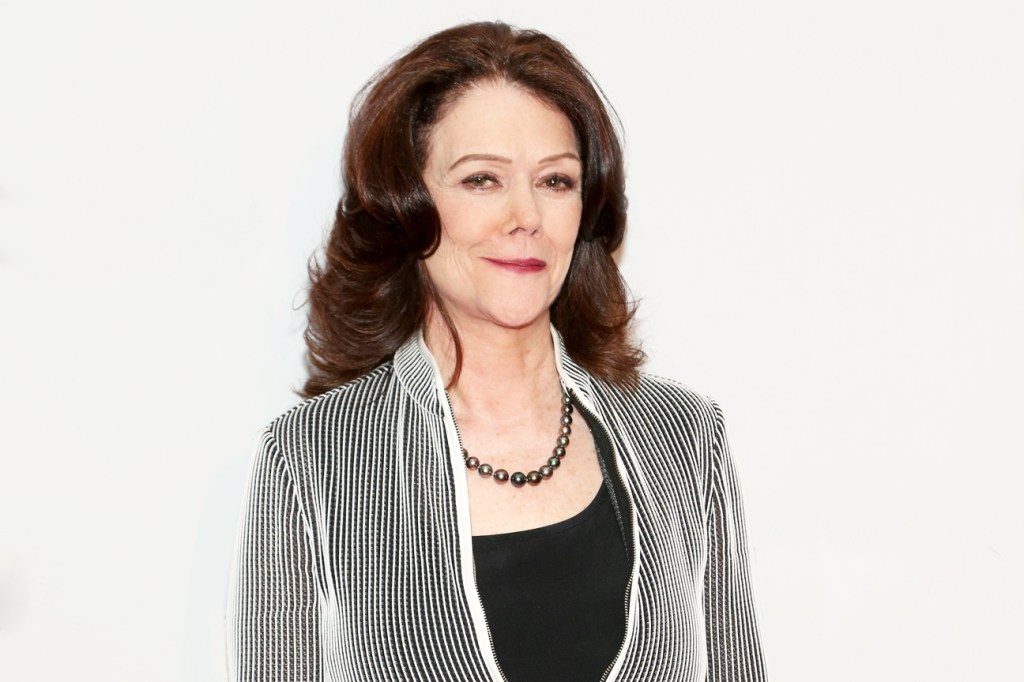 November 2017: Zellner points fingers at Avery’s sister and her husband as being part of the coverup.
Less than a week after submitting Avery’s appeal, Zellner filed additional documents accusing Barb Janda – Avery’s sister and Brendan and Bobby’s mother – and her husband, Scott Tadych, of trying to get rid of evidence that implicated Bobby Dassey in Halbach’s murder.

December 2017: A federal appeals court reinstates Dassey’s conviction.
In December 2017, the U.S. Seventh Circuit Court of Appeals ruled, four to three, that Brendan Dassey’s confession was not coerced, overturning the decision by Judge Duffin to grant him a new trial. “The state courts’ finding that Dassey’s confession was voluntary was not beyond fair debate, but we conclude it was reasonable,” the court’s decision stated. One of the members of the three-judge panel that initially affirmed Duffin’s ruling, Ilana Diamond Rovner, wrote a dissenting opinion calling the court’s decision “a profound miscarriage of justice.”

June 2018: The U.S. Supreme Court declines to hear Brendan Dassey’s case.
As is typical, the Supreme Court did not give a reason for why they would not review the case. All out of appeals, Dassey’s only hope of overturning his conviction would be to uncover new evidence and pursue post-conviction relief as Zellner is doing in the Avery case.

July 2018: Zellner asks the Wisconsin Circuit Court for permission to supplement the record with evidence from the Dassey family computer.
In July, Zellner filed a 599-page supplement along with a CD-rom containing 2,449 pages of data downloaded from the Dassey family’s laptop computer. Zellner’s filing included printouts of some of its most disturbing content: images of violent pornography depicting women being tortured and violated that Zellner said were largely accessed at times when only Bobby Dassey was home. Zellner argued that the laptop evidence would have allowed Avery’s trial defense to point to Bobby Dassey as an alternative suspect in Halbach’s murder and impeached the credibility of his trial testimony — but the prosecution withheld it from them.

“If [the] court finds that the laptop CD was withheld by the prosecution and contains material evidence, Avery should get a new trial for sure,” appellate attorney Erica Suter, an expert in post-conviction issues, told Rolling Stone in July.

October 19, 2018: Netflix releases the second season of Making a Murderer