Robbie Pawelek was four years clean from alcohol and suboxone when he began spiraling in Chicago. He stopped working his recovery programs. Prescription medication helped ease his anxiety and depression, but he felt more angry and irritated than ever. Then two years ago, he moved to Austin, where friends told him about a Southeast Asian leaf called kratom, a botanic dietary supplement they said offered euphoria. Pawelek soon found himself walking into a local herb emporium. “The first couple of times it didn’t do anything, but then I started feeling balanced,” Pawelek says. “I felt like a normal person for the first time in my life.”

Pawelek, a 34-year-old bartender, candidly explains over the phone that he now buys four ounces of kratom for $40 and takes one teaspoon of either Borneo or Indo, two different strains that can be digested in powder form to give him “sedative” and “focusing” effects. It tastes like “burnt dirt”, he says, but he never mixes it with anything. “I don’t take it everyday,” adds Pawelek. “I’ll take it, jump in the shower, eat something, drink coffee, and head into my 12-hour shift. I never feel high. I just see things clearer.” While some users tout kratom as a natural reliever for anxiety, depression and pain, as well as an alternative way for addicts to wean off harder substances, drug abuse experts and government officials argue that it is as addictive as opioids.

But last month, the U.S. Food and Drug Administration announced that kratom has “opioid properties” and said it had been associated with 44 deaths between April 2011 and December 2017. FDA Commissioner Dr. Scott Gottlieb said in a statement that the agency used scientific research and computational modeling to conclude that kratom has “potential for abuse, addiction and serious health consequences, including death.” One case of death showed no “historical or toxicologic evidence of opioid use, except for kratom.” Rolling Stone reached out to Gottlieb for an interview, but a FDA spokesperson says his statements serve as his comment.

After Gottlieb’s statement, nine scientists who study substance addiction sent a letter to DEA Acting Administrator Robert W. Patterson, saying that the FDA was wrong in connecting kratom and opioids and that there remains no proof that the dietary supplement caused deaths. Proponents of kratom say that it had been mixed with other drugs in such cases. “The 44 deaths are not attributable to kratom,” says Dave Herman, Chairman of the nonprofit American Kratom Association, adding that an estimated 3 to 5 million people in the U.S. have used the supplement. “The FDA is saying people died and they found kratom in their system. It’s like if I drank a Coke and got hit by a truck. There’s not even one death from kratom.”

“The FDA just needs a victory in the ‘War on Opioids,'” says one expert. “But we we should be part of the solution.”

The FDA’s criticism of kratom has caused some members of Congress to speak in favor of its use to treat opioid addiction. In his report, Gottlieb said that kratom is not FDA-approved, a message he carried over from a public health warning last November when he linked its use to 36 deaths and rejected it being helpful for opioid withdrawal. A month later, Jared Polis, a Democratic congressman from Colorado, signed a bipartisan letter, asking Gottlieb to lift the health warning on kratom, citing that the “beneficial potential, safety, and efficacy of kratom has been discussed, studied, clinically researched, and found to be as safe as coffee” according to studies funded by the National Institutes of Health.

The FDA first put kratom on an “import alert” for unapproved drugs in 2012. Since kratom is a botanic dietary supplement, the agency cannot restrict its sale unless it is proven to be dangerous, or marketed as a medical treatment. But that did not stop the agency from temporarily labeling it as a “suspicious substance”, banning its import into the U.S. in 2014, and seizing 25,000 pounds in Los Angeles. In 2016, the DEA made plans to place “active materials” in kratom –alkaloids called mitragynine and 7-hydroxymitragynine – into Schedule I of the Controlled Substances Act to “avoid an imminent hazard to public safety.” But the idea was met with resistance from advocates, and the DEA withdrew its efforts and instead asked the FDA to conduct medical and scientific evaluations.

According to Polis, supporters and users of kratom in his district – which includes all of Boulder and northwest parts of Denver – tell him that kratom helps fight opioid addiction, among a host of other health issues. “Classifying kratom as a Schedule I drug would be absurd, just as it is absurd that marijuana is classified” under the same category, Polis tells Rolling Stone in an email. “Kratom has helped many Americans get off of harmful, addictive opioids [and] manage pain, and its applications and uses should be further studied and developed – not banned.”

Part of the reason the FDA is sticking by its belief that kratom is dangerous is because of a computational model, made using the Public Health Assessment via Structural Evaluation method. The FDA’s PHASE method uses 3-D technology to simulate how a chemical affects the brain and body, at the molecular level. “The data from the PHASE model shows us that kratom compounds are predicted to affect the body just like opioids,” FDA spokesperson Lyndsay Meyer tells Rolling Stone. “Compounds in kratom make it so it isn’t just a plant – it’s an opioid.”

Of course, data on the associated deaths reported to the FDA is limited. Many cases received “could not be fully assessed” because of lacking information, as a “few assessable cases” show that kratom is being used in combination with prescription opioids, benzodiazepines and over-the-counter medications. “For any given report, there is no certainty that a suspected drug caused the reaction,” Meyer writes in an email. “While consumers and healthcare professionals are encouraged to report adverse events, the reaction may have been related to the underlying disease being treated, or caused by some other drug being taken concurrently, or occurred for other reasons. The information in these reports reflects only the reporter’s observations and opinions.”

Herman, of the American Kratom Association, is frustrated by the FDA’s stance. “Kratom is not an opioid,” Herman says. “The FDA just needs a victory in the ‘War on Opioids’ and we have been deemed a part of that. But we we should be part of the solution.” Polis calls on the FDA to end its “bogus ‘public health warning’,” adding that kratom is safer than high-caffeine energy drinks.

Jack E. Henningfield is a former National Institute on Drug Abuse addiction expert, who now works for health consulting group Pinney Associates and contracts with the American Kratom Association. He believes that the federal agencies are wrong on the science. “Dr. Gottlieb is not being well advised,” Henningfield tells Rolling Stone in an email. “FDA has provided neither evidence from the real world nor laboratory studies that kratom or its mitragynine alkaloids are similar to ‘narcotic-like opioids’ with respect to addiction or death.” He compares the PHASE method to those used by pharmaceutical companies and says they can estimate receptor binding characteristics, but the data tells little about the actual effects of the substances. For example, over-the-counter Imodium for diarrhea and dextromethorphan in cough suppressants bind to the body’s opiate receptors – just as deadly drugs like heroin and fentanyl do – but the substances vary widely in their effects to addiction and risk of death. 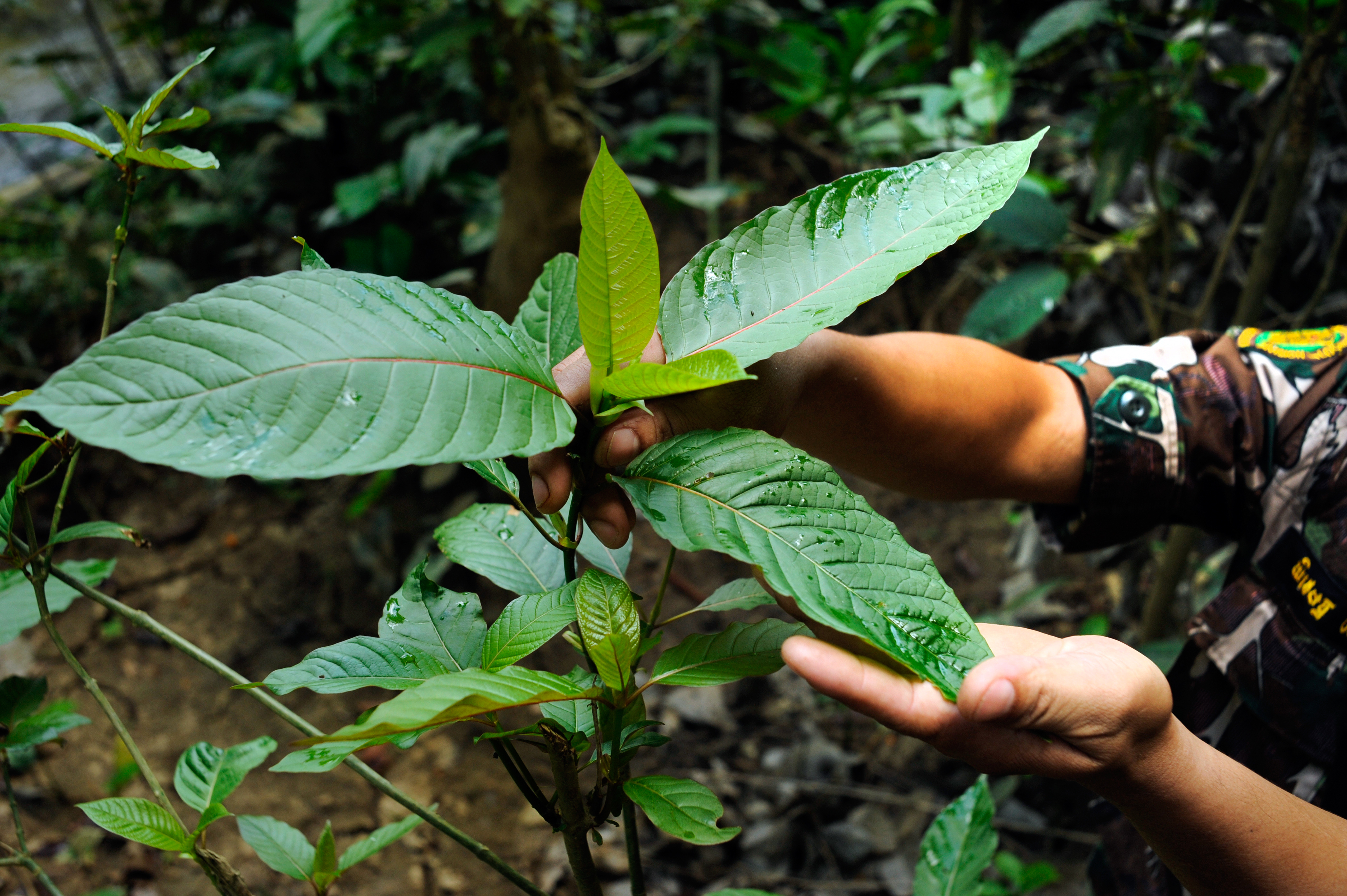 Henningfield sees potential in kratom to help people suffering from opioid addiction and believes that a ban of the supplement would create unadulterated products being sold on the black market without any federal oversight.

On February 8th, Henningfield was one of the nine scientists who sent a letter to the DEA’s Acting Administrator, arguing that “the available science is clear that kratom, although having effects on opioid receptors in the brain, is distinct from classical opioids (e.g. morphine, heroin, oxycodone, etc.) in its chemistry, biological effects, and origin (kratom is a tree in the coffee family, not the opium family),” the letter reads. “It is our collective judgment that placing kratom into Schedule I will potentially increase the number of deaths of Americans caused by opioids.” The scientists added that the FDA’s association between kratom and deaths “cannot be supported by any reasonable scientific or medical standard.” Patterson has not responded to Henningfield.

This week, Gottlieb made another public declaration, rehashing that “kratom is not a safe, benign plant” and that manufacturers should not be misleading people into using it as a therapy to opioid addiction. “On the contrary, we have concerns that for some, kratom can become a gateway to continued addiction to opioids; or prevent some people from seeking safe and effective treatment for their addiction,” Gottlieb said.

So it appears that kratom’s future is mired in stalemate. The DEA lists the supplement as a “drug of concern.” But Herman keeps cynic’s faith that both the DEA and FDA will consider more research one day. “We’ll follow the science wherever it goes,” Herman says. “We hope they do the same thing.”

In a statement to Rolling Stone, the FDA says it already completed the scientific evaluation known as an “eight-factor analysis” for the DEA to decide whether and how to schedule kratom and finished the separate study using the PHASE method. The agency continues to review literature and research about kratom but, so far, there is no available research to change its opinion that the supplement is deadly. “The FDA stands ready to evaluate evidence that could demonstrate a medicinal purpose for kratom,” Meyer writes in an email. “However, to date, we have received no such submissions and are not aware of any evidence that would meet the agency’s standard for approval.”

Down in Austin, Pawelek is feeling good about using kratom. “Back home in Chicago, I drank, smoked weed, took vicodin and pain kills, and had anxiety through the roof,” Pawelek says. “I know where I was and I like where I’m at now. If someone told me kratom was addictive or caused death, I’d probably laugh in their face. Why would you want to ban something that works for people?”

This article has been updated to include an additional statement from the FDA.