J20, One Year Later: What Happened to Defendants? - Rolling Stone
×
×

“This is one of the major reasons I’m in therapy right now,” says Dylan Petrohilos, an activist and graphic designer. Following a police raid on his home last spring, he hasn’t been able to shake a feeling of discomfort. “I can’t feel safe in my own home,” he says. “Which is a very disturbing feeling to have.” Worse, he’s facing a slew of charges that, together, could send him to prison for decades.

Petrohilos is one of nearly 60 people facing felony and misdemeanor charges for participating in a protest march on the day of Donald Trump’s inauguration last January. (Petrohilos didn’t attend the march, but has been charged based on his participation in an organizing meeting.) In all, 234 people, including activists, journalists, medics and legal observers, were arrested during the protest and charged with felony inciting to riot, rioting, conspiracy to riot, destruction of property and assault on a police officer, which together carry sentences of at least 50 years in prison. Twenty of the people arrested pleaded guilty to lesser charges, and another 20 had their charges dismissed. In December, just days before Christmas, a jury found six of the defendants not guilty. In a hearing last Thursday, the prosecution dropped all charges against 129 of the defendants, leaving 59 remaining defendants to stand trial, including one journalist.

Who Owns the Women's March?

Trump’s inauguration on January 20th, 2017 drew a number of protests all over the District, but the “anti-capitalist and anti-fascist march,” now widely referred to as “J20” (a reference to the date of the protest) garnered the most attention. The protesters were primarily dressed in black, which is typical of the “black bloc” protest tactic that they utilized – one prosecutors in the J20 case have argued repeatedly is evidence that the defendants are guilty of rioting and inciting a riot. Protesters and others there to report on or observe the protest left D.C.’s Logan Circle as the inauguration ceremony began, and soon thereafter, several individuals broke off from the larger black-clad group and smashed the windows of a several storefronts.

In response to the destruction of property, D.C. police targeted the crowd with non-lethal weapons including tear gas and pepper spray. In a statement provided to Rolling Stone, the Metropolitan Police Department said, “During the 58th Presidential Inauguration, there were thousands of individuals who exercised their constitutional right to peacefully assemble and speak out for their cause. Unfortunately, there was another group of individuals who chose to engage in criminal acts, destroying property and hurling projectiles, injuring at least six officers…. All instances of use of force by officers and allegations of misconduct will be fully investigated.” 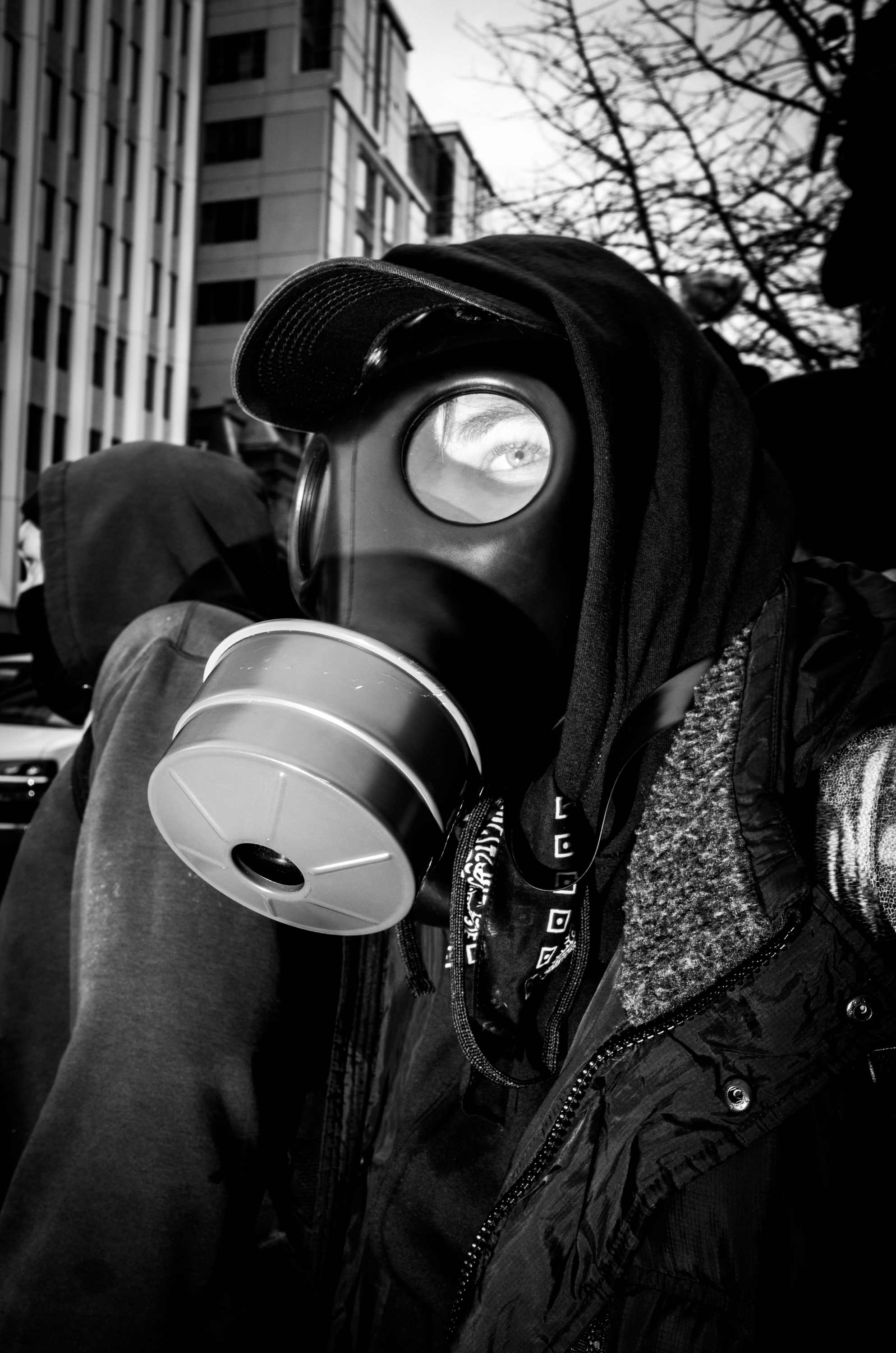 Now, a year after the march, waiting for trials and contending with the possible sentences have taken a toll on the J20 defendants. According to three defendants and one of their supporters who spoke with Rolling Stone, the defendants have been struggling psychologically, financially and professionally since being arrested and charged.

Though the acquittal of the first defendants and the dropped charges against 129 more were welcome developments in the case, the initial exonerations do not guarantee similar outcomes for future groups of defendants. Nor do they undo the harms the trials have already caused. Though defendants in all legal cases are innocent until a judge or jury decides otherwise, some defendants say they’ve already been punished by the process of the trial.

Sam Menefee-Libey, a member of the Dead City Legal Posse, a group that formed following the J20 arrests to offer financial and other support for J20 defendants in Washington D.C., explains that some defendants have already lost a lot in this process. “Some defendants were fired after being charged,” Menefee-Libey says. Others have lost significant others, and some have had to relocate to Washington D.C. in order to mitigate the financial costs of traveling back and forth for mandatory court dates. Menefee-Libey says that the D.C. Legal Posse has so far spent “tens of thousands dollars, with one trial down,” and many more to go.

The defendants are also dealing with significant emotional distress as a result of the charges, some of which carry ten year sentences.

Petrohilos, who did not attend the march on January 20th but was instead in D.C.’s McPherson Square, had his D.C. home raided by the D.C. cops in April. The raid was “traumatic and scary,” Petrohilos tells Rolling Stone. “I still live in the same house, and some stuff has never quite felt the same.” He says that if he hears a knock at the door when he’s not expecting a visitor, he instantly feels anxious. “I live with the scars of [the raid] almost every day that I’m at home.”

During the raid, police handcuffed him, and took about $10,000 worth of electronics equipment, flags and flyers from the apartment, according to the search warrant. As a designer, the absence of his computers and other equipment initially made it difficult for Petrohilos to work. However, unlike some defendants who have lost their jobs entirely because of the charges against them, Petrohilos still has his job, and a fundraiser helped replace much of his confiscated equipment.

Still, the psychological difficulties are taking a toll after eight months of waiting for his trial. Petrohilos says that he “absolutely” feels that he’s already been punished. “My life is in complete limbo,” he says. His trial is currently scheduled for April 2018.

Two more defendants, Elizabeth Ariadne Lagesse and Michael Webermann, got engaged shortly before they were both arrested during the J20 march. The couple was planning to move to California and get married not long after, but because of the trials, their lives have been put on hold. Traveling back and forth from Baltimore quickly became disruptive, prompting Lagesse and Webermann to relocate to D.C.

From their previous home in Baltimore, the couple had to take public transit for two hours or more each way to and from the courthouse. In terms of time spent in court itself, Lagesse says she has been required to show up for five hearings related to her own charges so far, and each of them has lasted several hours. “One motion hearing lasted the entire day,” Lagesse recalls. She approximates that she’s spent a total of 24 hours in court for her charges, about as many for her fiance’s, and “hundreds more” supporting other defendants during their court dates.

The pair had been planning to move to California so Lagesse could pursue a career in the tech sector, so she was unemployed at the time of her arrest, and still doesn’t have a job. She tells Rolling Stone that when she was applying for work after she was charged, she felt discouraged because she regularly came across job applications or positions that require a background check. Lagesse is still unemployed, and while she doesn’t know whether or not her charges have cost her a job opportunity, Lagesse is doubtful she could get a job in her field while facing felony charges. 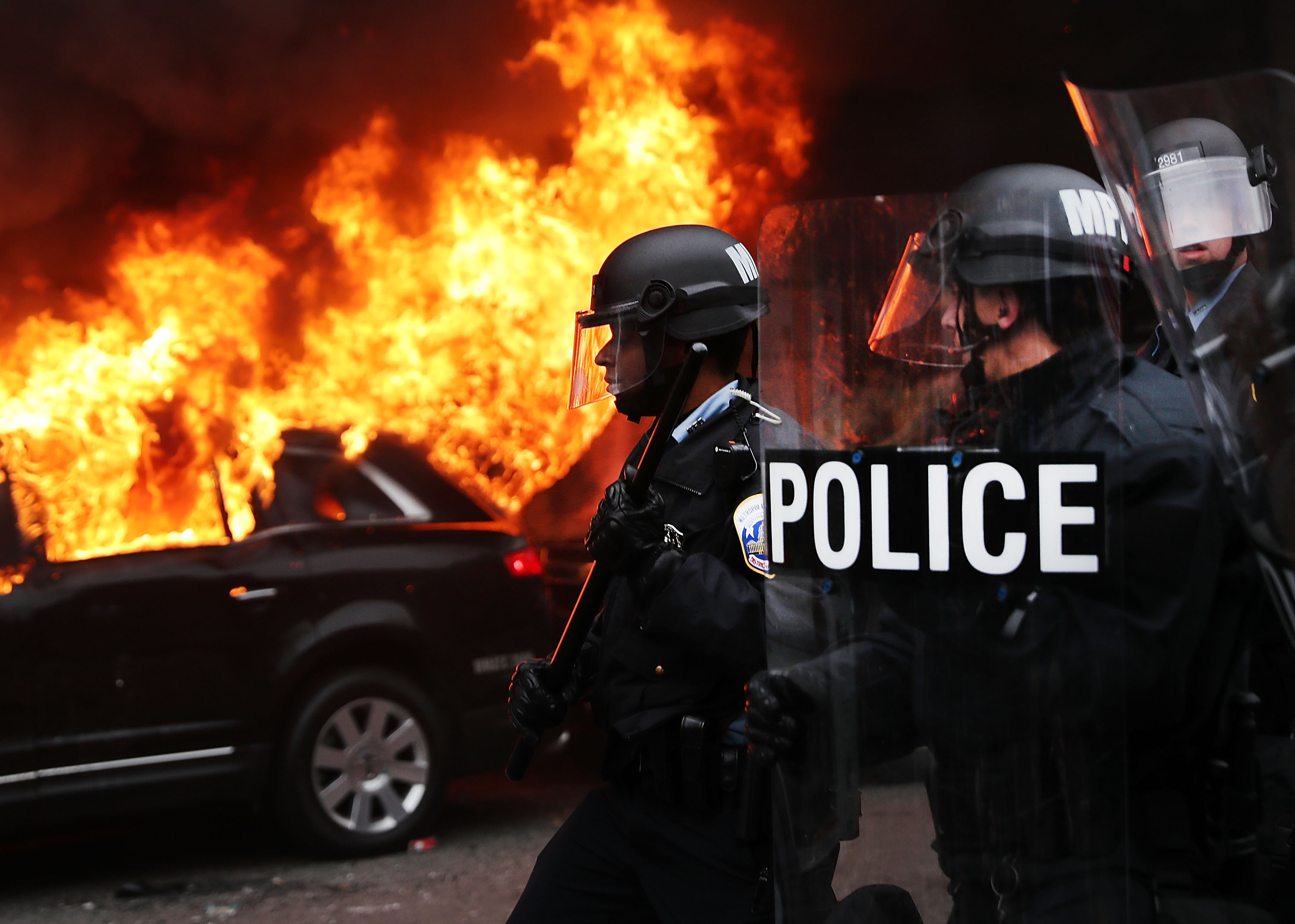 Beyond financial stress, the couple is also struggling with the emotional burdens of wondering whether or not they will both spend decades in prison. “The process has been exhausting and isolating,” Webermann says. “Most people in our lives don’t really want to talk about the trial, but there’s not really much else for us to talk about. It’s consuming most of our lives.”

Lagesse spends most of her waking hours working on various tasks related to their defense. “I do interviews with the press, create petitions, write about the case, help with calling campaigns, attend hearings and take notes,” she says. “The trial dominated my entire 2017. [It] has been draining in every possible way.”

In addition, Lagesse says that “constantly hearing the news media and prosecutors saying disparaging things [about the defendants] has been stressful, frustrating and disempowering.” Prosecutors have painted the defendants as violent and called them “privileged and entitled” for expecting a dispersal order from D.C. police before being arrested, despite the fact that it’s D.C. police policy to issue dispersal orders before making arrests. Prosecutors have also argued that protesters, who were mostly wearing all black in an alleged black bloc, were acting as a “getaway car” for those who committed property damage, and that wanted to “destroy” Washington D.C. It’s not illegal to wear black clothes to a protest, but prosecutors have argued that wearing black is evidence the defendants rioted, and are thus criminals.

Petrohilos, Lagesse and Webermann all said that even if their charges were to be dropped soon or if they are found innocent at trial, a great deal of damage has already been done. “The dread of knowing that we could be convicted and go to prison for decades, the fact that our lives are on hold and in limbo,” Webermann says.

Lagesse says that being arrested and charged quickly made her wary of participating in activist events, especially if police are present. “It’s changed the way I look at activism,” Lagesse says. Petrohilos says that the defendants are also being punished by not being able to express themselves politically. “The [trial] process itself is a way of making people stop expressing anti-capitalist and anti-fascist views in public,” he says. “Even if the charges were dropped tomorrow, it’s been a whole year where nearly 200 activists have had to spend their time dedicated to their defense, and not to [other political] causes.”

The three defendants who spoke to Rolling Stone acknowledge that many people who go through the criminal justice system do not have access the same level of support and resources that they have. “The charges have opened me up to just how unjust the criminal justice system is,” Webermann says. “I’m a white man from a middle-class background, so extrapolating how much more horrendous this process is for people of color and poor people is a major source of frustration.” 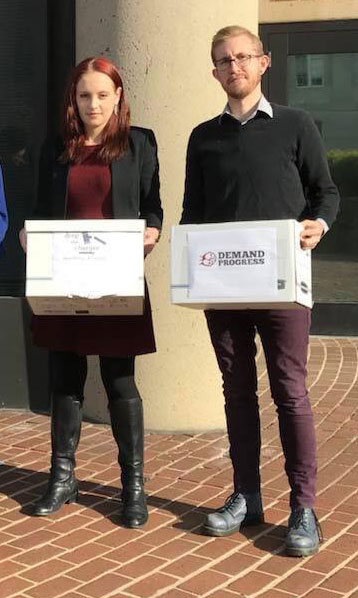 Fortunately, a support network was set up almost immediately after the charges were announced following the Inauguration Day arrests. Defend J20 Resistance also offers various types of support for defendants, from helping them find a place to stay in D.C. for court dates to financial assistance. D.C. Legal Posse, which is affiliated with Defend J20 Resistance, has helped organize fundraisers in order to provide material support for defendants,

Petrohilos, Lagesse and Weberman were not among the 129 defendants who had their charges dropped this week. The prosecution has requested that the remaining trials be consolidated, which makes it unclear how long the remaining defendants will wait before they are tried. For now, all their lives are still up in the air.

Though his trial is scheduled for October, Webermann says he expects that his group won’t see their time in court until sometime in 2019. Given that only one group of six has been tried in a year, it’s possible that the remaining defendants may be forced to wait at least another year for their days in court. In the meantime, Lagesse and Webermann say they’ll continue to put their wedding and plans to move on hold. Petrohilos is still able to work, but says he doesn’t feel he can make any substantial plans for the future.

A year after the J20 protest, only one group of defendants have received verdicts. As the unprecedented trials march on, the lives of almost 60 people who protested peacefully remain up in the air. The defendants are exhausted and frustrated, but resolute. Asked about how she’s feeling after learning her charges were not dropped this week, Lagesse simply replies: “We fight on if they do.”