Inside the High-Tech Solution for Smelly, Smelly Weed - Rolling Stone
×
×

On a sunny day in October, Mike Arnold swings open the door to his barn storehouse outside of Eugene, Oregon, and takes a big whiff. The stench hits him immediately, a sweet and skunky wall of cool air. “Smells like money,” Arnold says in his Missouri drawl, gazing out at row after row of makeshift wood-and-mesh shelving, where 12,000 pounds of marijuana were lying out to dry.

Following close behind, in colorful glasses and a tweed jacket, is the cannabis engineering virtuoso responsible for keeping that pungent odor safely within the confines of the building: 39-year-old Daniel Gustafik. Gustafik has been building out pot grow rooms for 20 years, designing novel solutions for everything from irrigation to lighting to humidity control in hidden sub-basements and on off-grid homesteads long before anyone could even conceive of Bob Marley-branded weed sold openly in sleek boutiques. He and his company, Hybrid Tech, are now considered to be among the best in the game when it comes to putting together industrial-scale legal cannabis operations. In the past four years, they’ve completed over a hundred projects in 37 states and two countries.

How Anti-Mafia Laws Could Bring Down Legal Pot

Even as marijuana becomes increasingly mainstream, not everyone is feeling chill about legalization. Pot reeks, and pot being grown or processed at commercial scale reeks even more. Some states and municipalities have included specifications about odor control in their medical and recreational marijuana regulations.

But cannabis’s federally illegal status creates all sorts of thorny problems. Last June, a 10th-circuit court in Colorado decided that a family who complained about the “noxious odors” coming from a cannabis venture next door had sufficient grounds to argue the aroma had hurt their property values, and could therefore sue for triple damages under federal racketeering law. The ruling sent shockwaves through the legal weed industry, triggering similar lawsuits in Oregon and Massachusetts, and potentially establishing a precedent by which private citizens could use federal law to topple locally licensed pot businesses. That means that marijuana’s distinctive stink could actually be worse for the legalization movement than anything Attorney General Jeff Sessions has done, and the continued success of state-legal weed is dependent on rigorous odor-proofing.

So as legalization spreads, pissing off neighbors with sensitive noses from Vancouver to Los Angeles to Montevideo, Uruguay, containing the powerful scent of pot has become an essential part of Gustafik’s job.

Take Arnold’s cavernous drying barn, nestled among rolling hills and maple trees. This, Gustafik says, is his magnum olfactory opus: a 5,000 square foot facility, outfitted in a mere 21 days, and operating in a county with the strictest marijuana scent control rules in the world. Before Oregon legalized recreational weed, a much looser medical cannabis law had been in place for several years, attracting inconsiderate growers accustomed to the black market. The noise, traffic and stink annoyed locals who, in turn, annoyed officials with their complaints. So when it came time to regulate adult use, some counties preemptively took a hard line. At a meeting to determine what these rules would look like in Clackamas County, one community member compared the smell to “skunk dipped in turpentine and gym socks.” As a result, the Clackamas ordinance ultimately specified everything from the angle of exhaust vents to the strength of the fans used to circulate air. Lane County, where Arnold’s barn is located, ultimately decided to use the same language in their ordinance.

Arnold, a blustering former trial lawyer who represented rancher Ammon Bundy after his armed occupation of the Malheur National Wildlife Refuge, called Gustafik in June of 2017 with an urgent request. Arnold had an opportunity to pick up six tons of cannabis, but he needed a place for it to cure and dry, and he needed it fast. Would Gustafik be able to put something together on the cheap and up to code in three weeks? 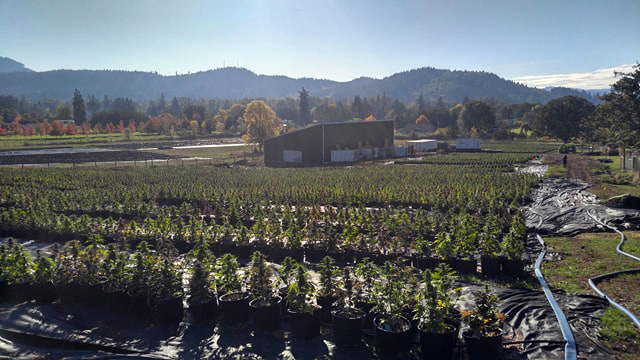 “It was so bloody novel. I just got excited,” Gustafik recalls. He had done drying rooms before, of course, and built enormous cultivation facilities, but he had never put together a curing and drying operation in such a large building, especially under such intense legal and time constraints. The challenge reminded him of his early days in the weed business, inventing new ways to put together a productive and efficient grow room with little more than an HVAC textbook, a high school electronics class, and a contractor’s license under his belt. Gustafik rarely smokes pot, but he’s the kind of person who enjoys developing solutions to unusual problems; that’s what drew him to such a niche area of expertise in the first place. “There are no manuals for marijuana. Going into shit not knowing answers and not being able to find any PhD white papers is actually seriously entertaining.”

Over the years, Gustafik has seen some pretty ridiculous attempts at masking the smell of weed. Downey fabric softener sheets in the exhaust line. Air purifiers that produce ozone, a toxic form of oxygen that damages the plants. Sterilization units that release negatively charged particles called hydrogen peroxide plasma, which smells like fresh rain and eliminates mold but doesn’t eradicate the existing stench. A “craptastic product that sprays this super stinky mist,” meant to be redolent of a mountain breeze.

“By adding a different scent profile, you’re never going to clean the room,” Gustafik says. Some growers did have the right idea, and installed air filters made with activated charcoal, an innovation originally developed for the automotive painting industry in response to clean air legislation in Europe. Charcoal pumped with oxygen to be extra porous absorbs malodorous particles as air passes through it. Over time, the cavities reach capacity, and the filters must be replaced.

But even the cultivators who used charcoal would typically buy a single filter, throw it in a corner, and call it a day. Gustafik took things to an entirely new level. Thinking of the facility as “an organism” in which each element affects the larger system, he spent five years tinkering in a demo lab to determine the best humidity, temperature and air flow settings for growing each marijuana strain and controlling its smell.

As he walked into Arnold’s dry barn for the first time he pointed out the charcoal filters mounted on the wall. Gustafik had strategically positioned fans and grilles around the drying weed to push the smelly air toward the charcoal. He also made sure that the fans pushed dirty air out of the room at a slightly faster rate than the clean air being pumped in, creating a mild vacuum.

“If you put the whole building under vacuum, you could be standing in front of the house and,” sniff, sniff, sniff, “smell nothing. You can successfully get zero smell,” Gustafik explains. But the people who wrote these county-level marijuana regulations were not as well-versed in weed engineering as Gustafik, and their laws, based on greenhouse grow rooms rather than indoor drying operations where one has more insulation and temperature control, were sometimes counterproductive. Take for instance, the requirement that all of the air in the room be replaced every five minutes. “In reality, the slower you run the air, the more scent control you get – the polar opposite of what the ordinance actually said,” Gustafik says. 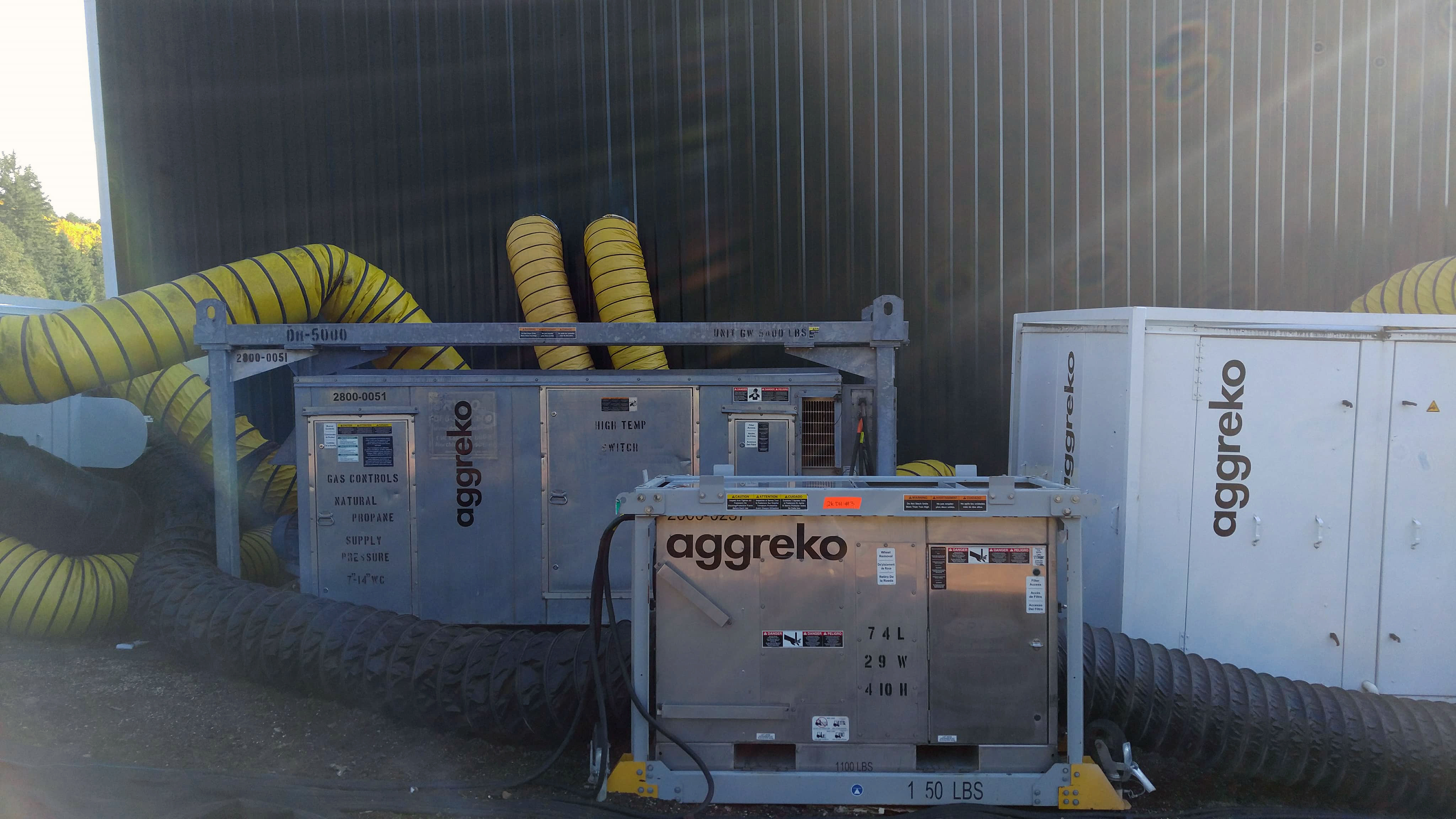 Arnold hadn’t wasted quite as much money following the air-replacement stipulation as some of Gutafik’s other clients – one of whom had needed to spend close to $10,000 on high-powered fans that moved the smell around so quickly that it was much more difficult to capture. But in the end, none of Gustafik’s work on Arnold’s property made much of a difference to the neighbors. Just outside the barn, Arnold had 25,000 cannabis plants germinating in black plastic buckets, spread across the property. The Lane County ordinance had said nothing about protecting nearby nostrils from outdoor cultivation.

“The older neighbors can’t stand the smell,” Arnold told Gustafik, as he barreled around his crops. Arnold says he doesn’t want to be dismissive about “the plight the neighbors say they have. But fuck, move to the Midwest and live next to a pig farm and then talk to me.”

Arnold himself had grown up next to an industrial hog concern. He has little patience for anyone who bought real estate near a plot zoned for agriculture, and then decided they couldn’t handle the consequences.

Outside the drying barn, the cannabis funk was far less intense. Somewhere in the distance, someone was burning something, and the nose took in first that note, and then, as the wind picked up, soft floral waves of ganja.

“We plan to plant aromatics around the perimeter, like lavender,” says Arnold’s VP of sales, Catherine Mann.

Does it make a difference?