These days, a significant number of cannabis users aren’t getting stoned – and they’re not trying to. Instead, the products they’re consuming are high in cannabidiol, or CBD, a compound found in marijuana and hemp plants that offers the medical benefits of cannabis without the accompanying high.

CBD is a naturally occurring substance in the cannabis plant that, unlike its fellow cannabinoid, tetrahydrocannabinol – THC – isn’t psychoactive. Put simply, THC is the stuff in cannabis that gets a person stoned. CBD, on the other hand, doesn’t have any psychoactive effect. But according to an increasing number of medical professionals, it does have legitimate medical uses.

The compound is perhaps best known for its ability to treat seizure disorders; it received widespread national media coverage in 2013 through Charlotte Figi, a then five-year-old who suffered from epilepsy. Her family treated their daughter’s condition with CBD oil and saw remarkable improvements. Families who had kids in similar situations began moving to Colorado so they could legally treat their children’s seizure disorders with CBD.

In the years since, CBD has made its way into a seemingly endless array of products. Sodas, craft beers, gum and pet treats with CBD are stocked on shelves across the country. Pills and oils are sold and dispensaries and health-food stores, and people who aren’t interested in ingesting the cannabinoid have their pick of CBD-rich personal care and beauty products, ranging from shaving cream to lipsticks. But it’s confusing: if marijuana is federally illegal, how is it being sold in some non-legalized states? What is it that CBD does – and what exactly are we getting? The clash between state and federal cannabis legislation, as well as the clash between new science and old laws, make the issue nuanced and complicated.

Federal restrictions on cannabis have hindered the study of CBD, but in addition to seizure disorders, research outside the U.S. (and increasingly inside the U.S.) has demonstrated the effectiveness of CBD in treating pain, anxiety, gastrointestinal disorders and a wide array of other conditions. “CBD has anti-inflammatory and antioxidant properties, which are important for almost all diseases,” says Lihi Bar-Lev Schleider, head of research at Tikun Olam, a cannabis research and production lab in Israel. Add to that the lack of psychoactive effects, and CBD becomes an immensely appealing option for folks looking for alternatives to pharmaceuticals.

According to federal law, however, cannabis is a Schedule I drug. This means that, according to the United States Drug Enforcement Agency, marijuana has a “high potential” for abuse, as well as “no currently accepted medical treatment use in the U.S.” Therefore, for the DEA to determine if a product is federally legal, they start by seeing which plant the CBD came from – marijuana or hemp.

Hemp and marijuana both come from the same genus and species, Cannabis sativa, and both contain CBD. Hemp, traditionally grown for fiber and seeds, is simply cannabis with the THC bred out. Federal law dictates that hemp must have less than .3 percent THC – making it useless to someone looking to get high. For this reason, it’s often easier to refer to psychoactive or high-THC cannabis as marijuana. Technically speaking, the CBD produced in marijuana is exactly the same as CBD from hemp, though according to the federal government, only one of those kinds of CBD is ever legal – the kind that comes from hemp.

Why the .3 percent distinction? It comes a from a 1976 taxonomic report – a scientific measurement, never intended to be the basis for a legal differentiation between marijuana and hemp. Yet in 2014, the Federal Farm Bill did exactly that, however, codifying the difference between industrial hemp and other forms of cannabis – finally legalizing industrial hemp, albeit available for research institutions to initiate pilot programs. Senator Mitch McConnell (R-KY) has introduced The Hemp Farming Act of 2018, which would remove hemp-derived CBD from the Controlled Substances Act, freeing hemp farmers from many of the current federal regulations. For now, much of the hemp-derived CBD consumed in the United States is manufactured in Europe and Israel and imported into the country.

Marijuana, on the other hand, is the THC-rich plant that we used to buy in dime bags and now can find at medical or recreational dispensaries in numerous states. It can be bred to have any kind of ratio of CBD and THC. Technically speaking, the CBD produced in marijuana is exactly the same as CBD from hemp, though according to the federal government, only one of those kinds of CBD is legal.

In the states where marijuana is recreationally legal, it doesn’t matter if your cannabis comes from hemp or marijuana, or how much CBD or THC is in it. In most states, CBD from marijuana is legal with a prescription, although many of those states have different standards for which conditions can be treated with CBD, and the allowable amount of THC in those products. There are only four states that don’t permit marijuana-derived CBD for medical use: Idaho, Kansas, Nebraska and South Dakota. In these states, hemp-derived CBD exists in a kind of gray area. Academic institutions and agricultural research labs are allowed to grow and produce hemp-derived CBD but it’s unlikely that all the CBD found in these states is really from research facilities. More likely, this gray area allows some CBD manufacturing to go unnoticed, be willfully ignored, or be shipped from out of state. 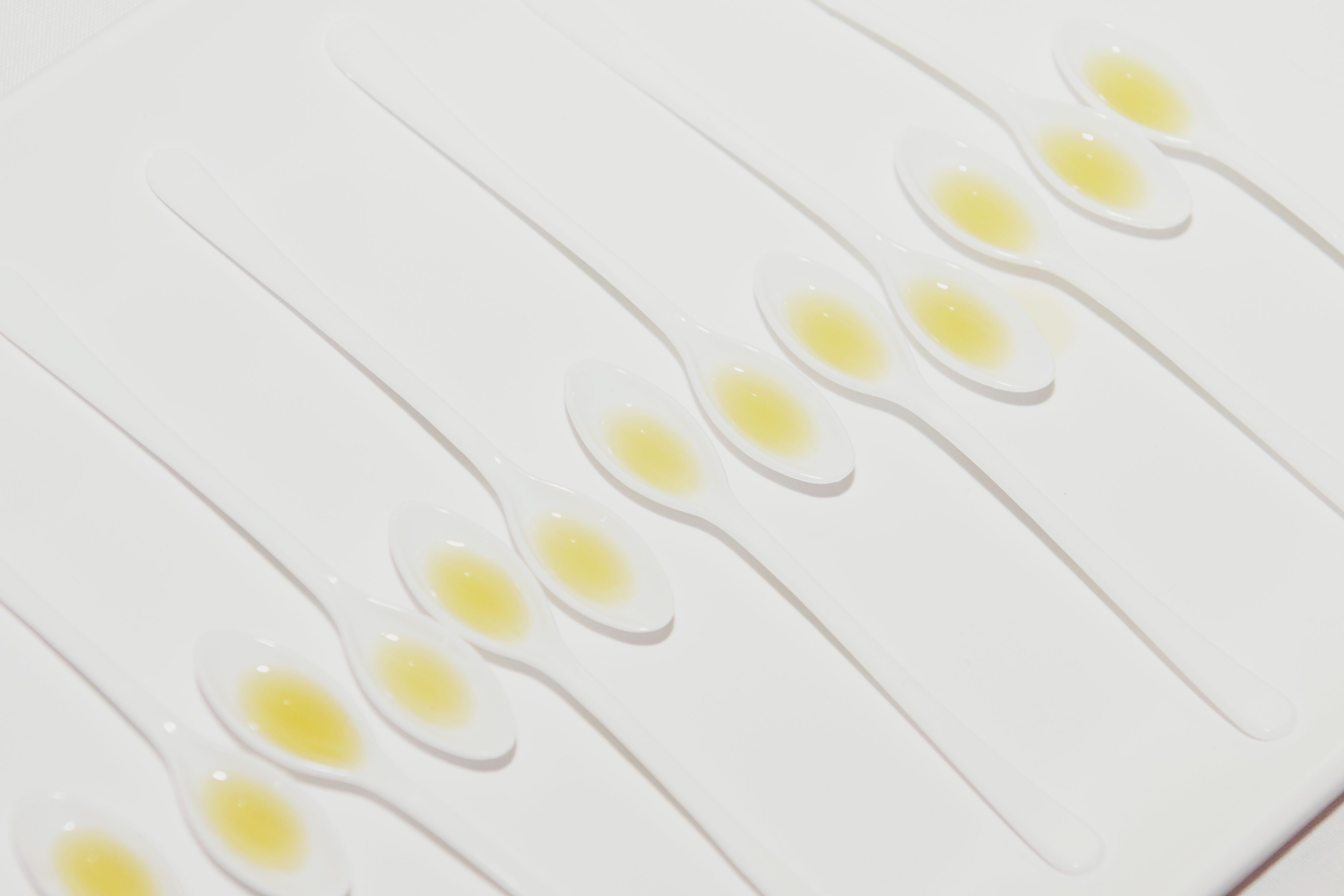 But what about quality? Aside from legal distinctions, is one kind of CBD superior to the other? It depends on whom you ask. Pamela Hadfield, co-founder of HelloMD.com, an online guide to medical cannabis, notes that industrial hemp is a “bioaccumulator,” meaning it pulls environmental contaminants out of the soil. “It’s really effective at drawing toxins out of the soil and into the plant itself,” she says. “So you don’t always know what, in addition to CBD, might have been in the plant.”

That may have been true years ago, says Paul Gelardi, CEO of Hightech Extracts, but now that’s not necessarily the case. “If you’re talking about hemp that was grown ten years ago, you’re talking about hemp that was primarily grown for fiber or the seeds,” Gelardi says. If someone were cultivating hemp for the fiber, they wouldn’t necessarily pay attention to the quality of soil and other bioaccumulation factors. “If you’re growing hemp specifically for the CBD, it’s possible to do so in a way that’s just cannabis with the THC bred out.”

While CBD from hemp is legal at the federal level so long as it sticks to the legal parameters, no CBD product has been approved by the FDA, and quality concerns are significant. But some people, like Jesse Henry, executive director of Barbary Coast dispensary in San Francisco, believe that states with legal medical and/or recreational cannabis are in good shape. “California has some very strict regulations as far as quality control,” he says. “Anything sold in dispensaries will be regulated by not only the state, but the local governments as well.”

While local and state regulations likely make CBD from a dispensary safe, all the experts Rolling Stone spoke with stressed the importance of being an educated consumer and doing research about the company behind any CBD product. It’s not enough to just read the ingredients and confirm that what you’re buying is “lab tested,” you’re going to want to look into the company. Do they make a range of CBD products? Are they carried most reputable places that sell CBD oil in your area? The more restrictive the cannabis/CBD regulations are in your area, the more investigative work you’re going to want to do.

Despite confusion around the legislation and some quality concerns, the legions of CBD devotees are growing every day. “It has become a trend since [CBD] is something new and exciting to the majority of the public,” says Henry. “It’s something that alleviates pain and discomfort, without the negative side effects of pharmaceutical drugs.”

Some have questioned the timing of CBD’s sudden popularity. The Washington Post has said that “for Generation Anxious, affixed to its phones and stricken by news alerts, overworked and under-rested, the mysterious substance known as CBD is quickly becoming the new ‘it’ drug.” The skepticism is understandable, even if the results seem to be real.

There is, however, a real risk that the trendiness of CBD is outpacing the science. Those who have found relief with the substance worry that the popularity of CBD products might overshadow the true therapeutic and wellness benefits. “If you’re getting a coffee and you get a shot of CBD syrup in it, you may well drink it and think the CBD has had no effect whatsoever because the calming effect of CBD is counteracted by the double shot of espresso that’s also in your cup,” Hadfield says. “It’s why being a knowledgeable consumer is so important – you want to be mindful of what CBD does and what you’re hoping to get from it.”

This is partially a matter of understanding the science behind CBD, but it’s also a matter of managing expectations. Dr. Andrew Kerklaan, a chiropractor who has a line of topical CBD creams and salves, makes an apt analogy. “A topical cream isn’t going to get rid of all your pain if you’re heading for surgery because of sciatic disc problems,” he says. “But a topical cream with CBD can still make a huge difference.”

This works, Kerklaan explains, because cannabinoids “block pain receptors, reduce inflammatory responses, and reduce muscle tension.” When a person experiences some kind of pain stimulation, Kerklaan says, “it feeds into your spine and triggers muscle tension and muscle spasm; by applying these topically at the skin level, the cannabinoids bind to some of these nerves and you’re able to turn off some of these loops and reduce the inflammatory response.” There’s a great deal of potential with CBD products but that doesn’t mean anything containing CBD is a cure for anything that ails you.