How Anti-Mafia Laws Could Bring Down Legal Pot - Rolling Stone
×
×

Most people have strong feelings about marijuana’s distinctive dank odor. Suspicious landlords sniff for it. High-school hot-boxers roll down all the windows of their cars and drive around for hours trying to get rid of it. Mainstream candle and soap companies seek to recreate it for high-end, non-psychoactive mood settings. And now, it’s quietly becoming clear that the powerful smell of legal cannabis could become its ultimate undoing ­– the thing that causes the entire legalization experiment to disappear in a poof of smoke.

Earlier this summer, the 10th U.S. Circuit Court of Appeals in Colorado decided that the “noxious odors” from a pot farm could be lowering nearby property values and creating a nuisance. The decision came out of a civil suit by the farm’s neighbors under federal racketeering law, and could set a landmark precedent. Marijuana remains illegal under federal law, and this decision makes clear that private citizens can now circumvent state law and do what Attorney General Jeff Sessions wants but has yet to do: challenge the legitimacy of states and businesses participating in legalization. Next year, the suit will go back to district court, and unless other appeals courts issue contradictory rulings and the Supreme Court decides to take up the case, the 10th Circuit decision will stand – providing a road map for people who hate marijuana to initiate the collapse of legal weed in America.

How the Booming Israeli Weed Industry Is Changing American Pot

Everything about this case is important, from its far-reaching implications to the mysterious, well-funded organization behind it. But before we get into the details, the key thing to realize here is this neighborly dispute is a microcosm for what’s wrong with America’s tangled marijuana policy: The commercialization of cannabis has had real consequences for people and places that want no involvement with the drug. Attempting, as we have, to cordon off the states and businesses and entrepreneurs and government agencies that interact with pot is delusional.

Legal weed cannot be neatly contained. Markets and odors don’t work that way. Neighbors know this. Interstate pot traffickers know this. Attorney General Jeff Sessions knows this. The question is: when will we change federal law to reflect reality?

No one knows who exactly belongs to the Safe Streets Alliance, or where their money comes from.

According to legal filings, the “offensive smell” problem in Colorado began when some licensed marijuana growers decided to set up shop next to a residential development known as The Meadows at Legacy Ranch, described as “105 acres of beautiful rolling pasture with sweeping mountain vistas.” Hope and Michael Reilly own three lots there, which they sometimes come to “on weekends with their children to ride horses, hike, and visit with friends.” Now, however, the stench of pot is ruining their fun, and possibly the value of their land.

The Reillys never would have been able to mount a legal challenge like this on their own. The whole thing is being paid for by a D.C.-based nonprofit called the Safe Streets Alliance – an obscure anti-drug organization that the opposing side’s lawyer has called “a fake organization” and “a sham.” No one knows who exactly belongs to the Safe Streets Alliance, or where their money comes from. The attorney representing Safe Streets Alliance, Brian Barnes, says he can’t provide any details about the group’s funding and membership, citing attorney-client confidentiality, but denied that the organization was “fake.” Those affiliated with the group have legitimate public health and cultural concerns about legalization, he says, and don’t think that states should be allowed to so flagrantly violate federal law.

The goal was ultimately “to set a precedent that this is a thing that can be done, and there are consequences for people in the marijuana business,” Barnes says. After searching local news coverage for what he called “ripe” plaintiffs, Safe Streets Alliance decided to support two angry property owners adjacent to proposed marijuana businesses: the Reillys, and a Holiday Inn. The Holiday Inn suit settled at the end of 2015 for $70,000, and the marijuana business shut down.

Both lawsuits involved the broadly worded Racketeer Influenced and Corrupt Organizations Act, commonly referred to as RICO. Since 1970, RICO has helped the Department of Justice go after top people in the mafia, say, or in the bribe-infested soccer organization FIFA, for crimes committed by their affiliates. RICO also allows private citizens to bring civil suits against anyone who assists in the committing of a crime that harms their property or business.

RICO’s whole notion of “racketeering” creates a useful but alarming tautology, depending on the case and your point of view. To accuse someone of racketeering, or to seek damages under racketeering, is to go after them for the crime of committing a crime. Because marijuana remains federally illegal, literally everyone involved in state-legal pot markets is vulnerable under RICO. 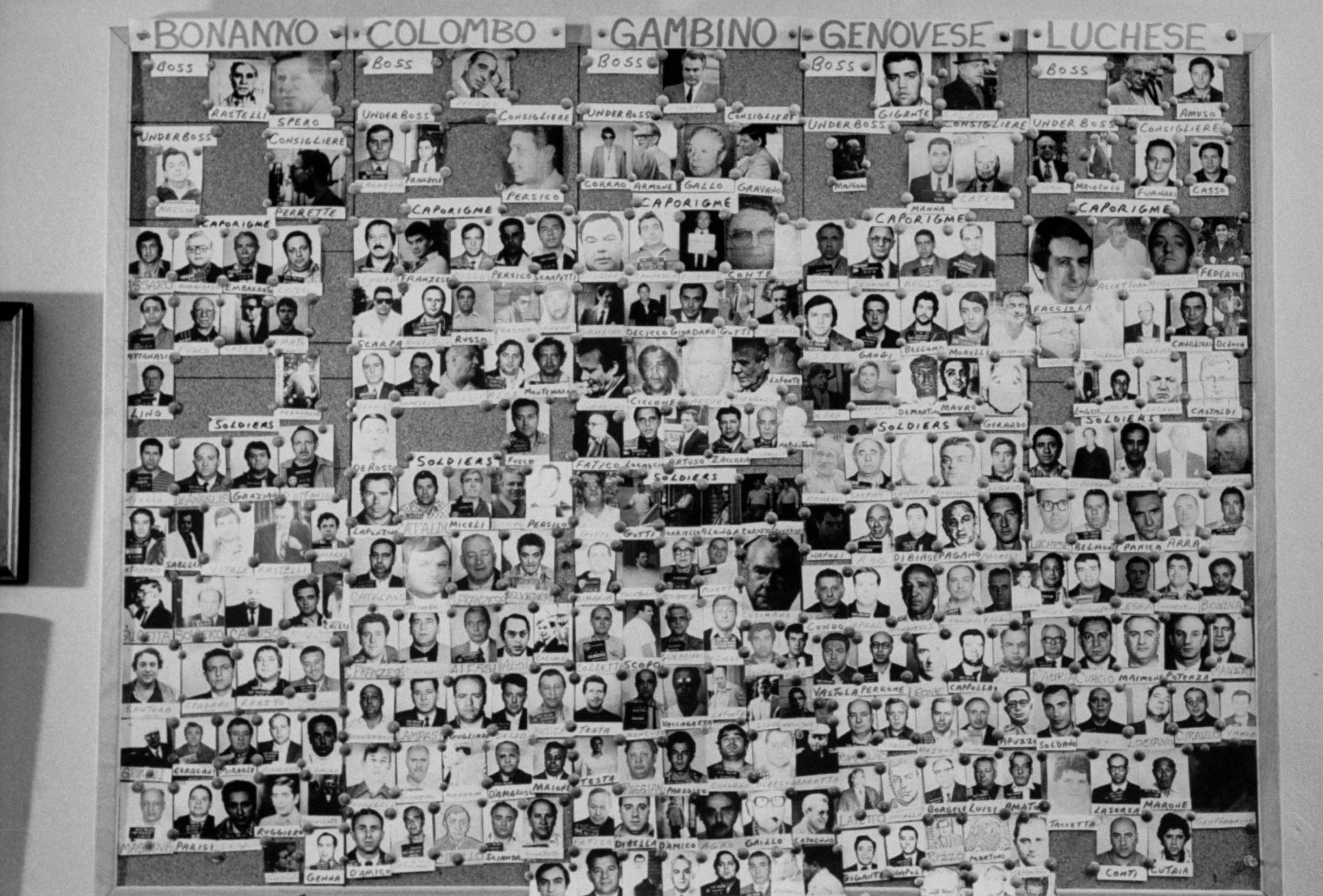 From the investors to the budtenders to the utility company providing a dispensary with electricity, a ridiculous number of people could be said to be part of a conspiracy to commit a federal offense. The Reillys’ suit even initially named Colorado Governor John Hickenlooper as a defendant, for his part in implementing the 2012 voter initiative legalizing recreational marijuana in that state. (Another federal judge removed Hickenlooper and other government representatives and agencies from the suit in early 2016, saying political officials are not subject to RICO claims.)

Therefore, this 10th-Circuit ruling could be a game-changer. With neighbors everywhere empowered to file civil RICO suits against licensed marijuana operators, legal weed’s opponents wouldn’t even need the support of Attorney General Jeff Sessions to initiate a widespread crackdown. Almost immediately after the 10th-Circuit ruling, at the end of June, a second plaintiff in Oregon launched another major suit under RICO, complaining about the “unmistakable, skunk-like stench of marijuana.”

“I just hope that the defendants get really good lawyers,” says one attorney. “Because this could have an effect on the entire industry.”

A handful of major RICO lawsuits could be enough to scare many legal cannabis operators out of existence – not to mention the potential financial consequences: RICO plaintiffs are entitled to receive triple damages, as well as attorneys’ fees.

“Things like this sort of take on a life of their own, and somebody who is obviously anti-cannabis has decided to push it. They think that this is the Achilles’ heel,” says influential California attorney Henry Wykowski, who has argued on behalf of cannabis operators in federal court several times. “It is scary stuff. I just hope that the defendants get really good lawyers, because this could have an effect on the entire industry.”

Some attorneys have argued that legal pot businesses can protect themselves from RICO claims by installing really good HVAC systems and operating as clandestinely as possible. But asking cannabis businesses to seal themselves off from the rest of the world is not the answer. This was the heart of the Obama era’s flawed pot policy: allowing certain states to regulate the commercial sale of marijuana, without a change in federal law.

Attorney General Jeff Sessions knows the conflict between federal and state law is untenable, and recently sent threatening letters to the governors of states with legal pot. But Sessions hardly has the support of President Trump, let alone the manpower and political will to take on the multi-billion dollar legal marijuana industry and the rich white men who now control it.

A proliferation of civil RICO suits could provide legal weed’s opponents with a viable alternative. A senior legal fellow at the conservative Heritage Foundation even mentioned RICO suits in a February blog post outlining suggestions for how the Trump administration might bring down cannabis markets.

There is little indication that the Supreme Court will want to overrule the 10th Circuit on this. Most people in Washington D.C. are reluctant to put their name on anything pot-related, preferring to wait and see how state-legal cannabis plays out before weighing in. Last year, the Supreme Court declined to hear a case brought by Oklahoma and Nebraska, challenging recreational pot in Colorado for increasing the flow of marijuana to their black markets.

And so until Congress is able to override Sessions and legalize cannabis on a federal level, the era of legal weed in America could be over before we know it.