Patton Oswalt has had an insane two days, but really, the insanity began years ago. Michelle McNamara, his investigative-journalist wife, died unexpectedly in 2016, leaving the actor/comedian a single father and leaving her life’s work unfinished. Then Oswalt, along with a couple of McNamara’s colleagues, Billy Jensen and Paul Haynes, completed I’ll Be Gone in the Dark, her gripping, obsessive true-crime book about a monster she had dubbed the “Golden State Killer.” McNamara had faith that the man, who was responsible for 12 murders and more than 50 rapes, would eventually be brought to justice. And she was convinced that old DNA evidence – the crimes took place between 1976 and 1986 – coupled with new technology would play a key role in ending the story.

This week – on the very day that an HBO documentary series based on her book began filming, and almost exactly two years to the day after her death – McNamara might have been proved right. The alleged killer, Joseph James DeAngelo, was arrested and charged with two of the murders, and authorities have reportedly linked him to the rest via DNA evidence, using information from a “commercial online genealogy database,” according to The New York Times. It was almost exactly as she predicted. As Haynes and Jensen wrote in the book, “The idea that the answer to this mystery is probably hiding in the databases of 23AndMe.com and Ancestry.com kept Michelle up at night.”

Early the morning after the arrest, Oswalt’s phone began to light up as the news broke. He caught a plane to New York, where an appearance on Late Night With Seth Meyers gave the slightly bewildered comic a chance to process some of his emotions and pay tribute to McNamara. Rolling Stone caught up with him just after he landed back home in Los Angeles on Thursday; he was exhausted, slightly jubilant and a bit stern, sometimes all in the same sentence –an understandable combination of emotions considering the particularly unusual web he’d crawled through in 48 hours.

Can you walk me through what your day was like on Wednesday, when the news first broke that an arrest had been made?
I kinda tweeted it all out! Tuesday I was in Chicago doing a book event, which was also being filmed for this HBO documentary. The whole [McNamara] family was there. We talked about the book, talked about the case – me, Billy Jensen, Paul Haynes. One of us said, “Time’s running out for this guy.” We went to bed around 11, then Wednesday morning around 4 a.m., texts start pinging in. “They caught this guy, it seems real.” The rest of the day was airport, New York, interviews, calling people, answering texts. You can imagine. 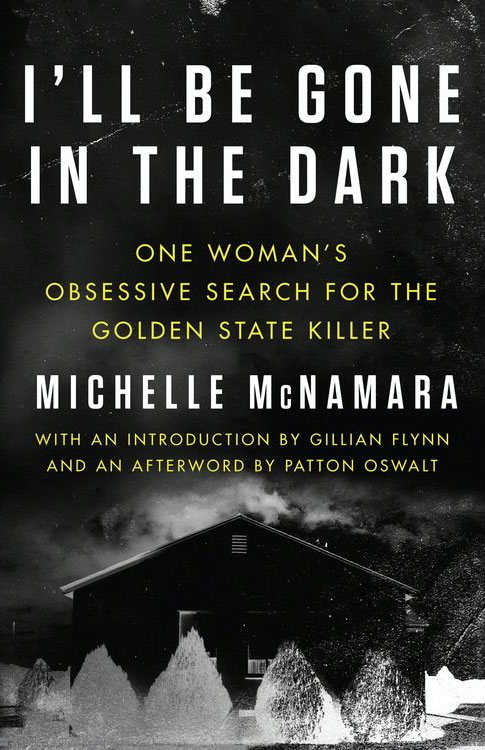 At the press conference announcing Joseph DeAngelo’s arrest, a reporter asked whether Michelle’s book had anything to do with the case being solved, and the answer from authorities was essentially that no, it hadn’t. People on Twitter, including you, feel that that’s not entirely true. In your mind, what did Michelle’s work do to help bring him to justice?
It put way more light and attention on this case. Even before she passed away, there were suddenly news reports about it. 48 Hours did a piece after she passed away, and there was a lot more activity on the message boards. So of course it increased attention. I’m not trying to minimize the work of the police and the investigators at all. I know what they went through. Michelle was interviewing those guys for years. She knew the decades of frustration. But I certainly think that the book helped.

In her Los Angeles Magazine article from 2013 about the case, Michelle wrote that naming these types of killers was important to catching them. “Marketing matters,” she wrote, and she coined the name “Golden State Killer” for a person who had been called a lot of confusing names up until that point.
It’s important to have an evocative name that lands, rather than a mish-mash of acronyms, which is going to happen in a case that’s this long, and happening in that many jurisdictions, where they don’t share information. And they didn’t know these crimes were linked by DNA until the Nineties, when DNA [testing] came out. So there were a whole bunch of reasons that he ended up having the names that he had. They were trying to get the “East Area Rapist” thing going again at the press conference, but it quickly turned into “Golden State Killer,” because that’s what everyone knows him as now. And that’s the name Michelle gave him.

Did Michelle have any private theories about who the killer might be that she didn’t feel comfortable putting in the book?
I don’t think she was comfortable with theories. She wasn’t going to say a theory unless she had facts to back it up. She had some wide-ranging ideas of what his profession might be, but as far as a specific person, no. She didn’t like to speculate. She wanted facts before she moved.

You mentioned a couple times that you might want to meet DeAngelo at some point.
I’m certainly not a courageous man. I would just bring the questions that she has at the end of her book, and just ask him those. If that ever happened, it would happen years down the line. This guy’s gotta go through trials. But it would be nice to get answers to those questions. I’m not bloodthirsty. I don’t want to gloat or gawk at the guy. If an opportunity came up I would certainly take it, just for her sake.

I assume this development is going to completely change the scope of the HBO documentary.
It’s a completely different storyline now. We don’t know which way it’s going to go. We’re going to talk about that next week. We have no idea. That was the first day of filming, the day before he got caught. It’s gonna become very interesting.

What, if anything, does your daughter Alice know about all this?
I haven’t told her yet. I’ve been traveling, and I don’t want to tell her over Facetime or e-mail. She’s 9. I’ll probably tell her tomorrow in the afternoon. I’m going to pick her up from school and we’ll talk. She knew what Michelle did, but tomorrow I can lay some stuff out. When she’s older – much older – she can read the book and see that her mom was kind of a hero. She was a voice for the voiceless.

How do you think Michelle would have reacted to the news?
I would never insult her by trying to predict what her reaction would be. She was way too complex a person for me to do that. That was one of the reasons I loved her so much, she was so unpredictable. She would have had 50 different emotions every minute.

What about you? How would you describe your emotions over the past couple of days?
I’ll know that in a couple of days. I’m still in sleep-deprived, numb, exhilarated mode. I honestly don’t know. I’ll know in a few days.