Fundamentalist Mormon Under Investigation for Murder in Mexico - Rolling Stone
×
×

When Orson William Black left the polygamist enclave known as Short Creek a decade or so ago, nobody knew what to expect.

As a member of a polygamist Mormon splinter-sect known as the Fundamentalist Church of Jesus Christ of Latter-Day Saints, or FLDS, Black had always been a rebel – even by the twisted standards of Short Creek, the dusty desert hamlet that straddles the border of Utah and Arizona at the base of soaring vermillion cliffs. Unlike most FLDS men, known for their meek manner and Amish-like dress, Black did pretty much whatever he wanted. He ignored the senile, lecherous prophet, took wives who didn’t belong to the faith, and then claimed to be the prophet himself. He was King David from the Bible reincarnated, he told his family, and he had the power to turn rocks into gold.

A Polygamist Cult's Last Stand: The Rise and Fall of Warren Jeffs

In 2003, the Arizona Attorney General charged Black with five felony counts of sexual misconduct with two teenage sisters he’d taken as wives. After a failed nighttime raid on his home that spring, Black vanished. “He just disappeared into the sagebrush,” is how one of his friends puts it. And after that, nobody in Short Creek gave him much thought.

That changed this week, after Black was arrested Sunday in Chihuahua, Mexico and detained on suspicion that he murdered three Americans, ages 15, 19 and 23. Mexican police identified the men by their first names – Robert, Jesse and Michael. In Short Creek, it’s widely believed the three men were Black’s sons.

The question now is whether Black killed them, and if he did, what motivated him.

It’s one more sordid chapter in a saga that’s been playing out in Southern Utah for decades, and it comes at a time when the FLDS are facing an existential crisis. Tucked away in one of the most remote places of America, they ran Short Creek like a theocracy since the 1930s, with virtually no intrusion from outside authorities, and at their peak claimed over 10,000 members. A traveler who took a wrong turn on the way to the Grand Canyon and ended up there would immediately be tailed by the church’s security force, known by detractors as the God Squad, and escorted out of town.

Then along came Warren Jeffs in the late 1990s, inheriting the prophetic mantle from his father, and everything changed. Jeffs’ bizarre rules (no red clothing, an edict to round up the town’ dogs and slaughter them) confused his followers and his penchant for taking teen brides attracted the eye of authorities, eventually leading to his capture on an interstate near Vegas in August of 2006. 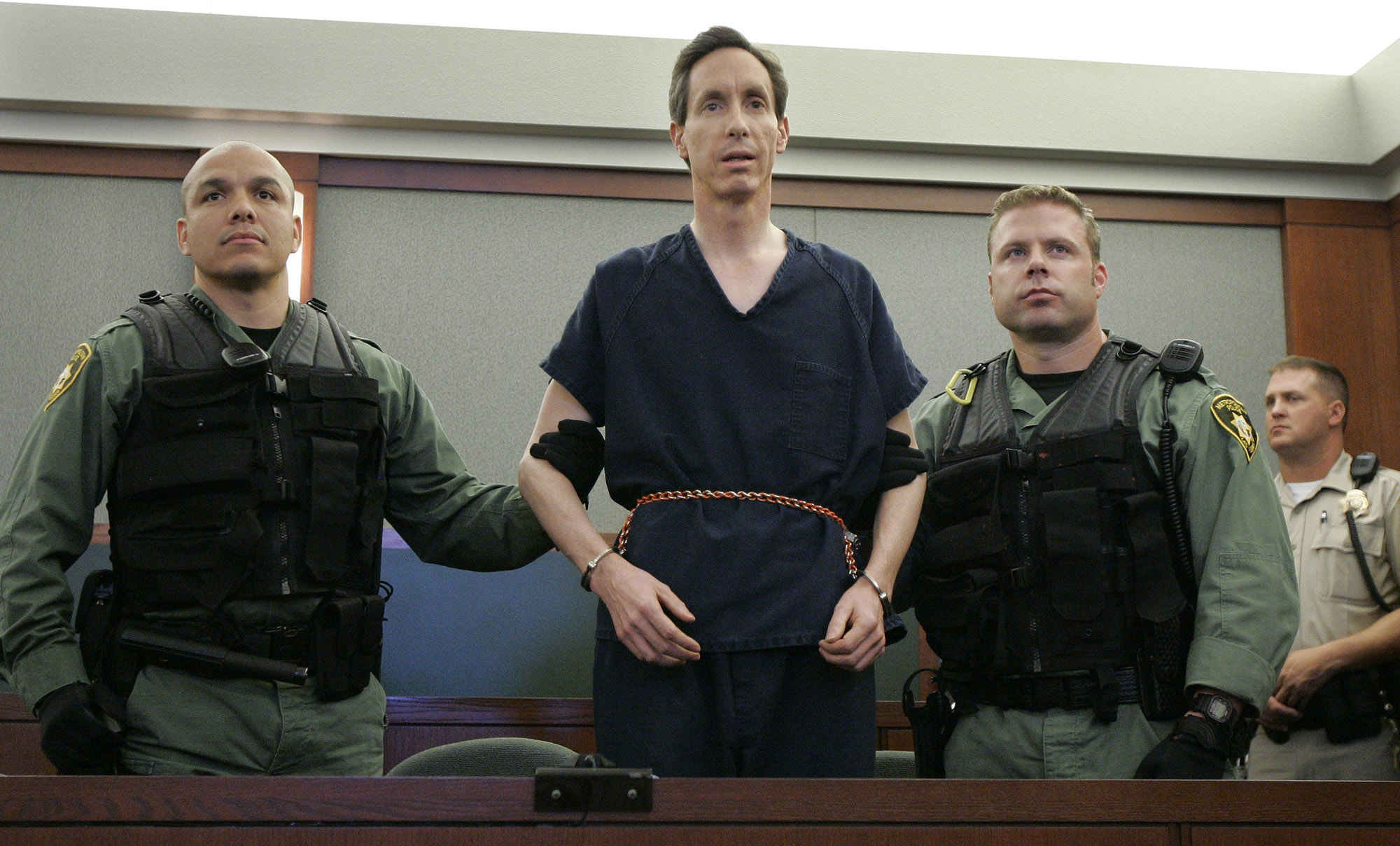 According to court testimony from former followers, Jeffs still runs the cult from a Texas prison through coded letters, but as Rolling Stone has detailed, his grip over Short Creek is loosening. In 2016, a federal judge in Phoenix disbanded the police force and the municipal government, who all answered to Jeffs. Not long after, the FBI raided the town, resulting in indictments for 11 of Jeffs’ top lieutenants, with charges ranging from money laundering to welfare fraud. (Ten pleaded guilty, but Jeffs is expected to be the only one who will do jail time. The 11th had the charges dismissed.)

Technically, Short Creek consists of two communities: Hildale, Utah and Colorado City, Arizona. The news of Black’s arrest cast a pall over what should have been a week of celebration for former members who still live there, as the city elected its first female mayor Tuesday, who also happens to be its first who is not affiliated with the FLDS.

“It’s like we’re returning this town to the United States,” says Willie Jessop, a former bodyguard to Warren Jeffs who has since left the church.

And yet, the arrest of Black is a reminder that the grotesque form of Mormon fundamentalism practiced by the FLDS and other splinter groups is still alive and well. While Black may be innocent of murder, people in Short Creek have little doubt he’s guilty of having sex with underage brides. A federal complaint against Black alleges he fled to Mexico to escape sex charges filed in Arizona, where he’s still wanted.

When Black came to Mexico in the mid 2000s, he settled in Chihuahua, a northwestern Mexican state which

has long been a safe haven for Mormon polygamists seeking refuge from the law, dating back to 1885, when the mainstream Mormon church sent 350 families (including the family of Mitt Romney’s grandfather) across the border to avoid federal prosecution for marrying multiple wives.

The Mormon Church officially abandoned polygamy in 1890, but there are still a handful of Mormon colonies in Mexico, some affiliated with the mainstream church, and others tied to fundamentalist groups, like the Church of the First Born. Its founder, Ervil Lebaron, ordered the killing of rivals, including leaders of the FLDS and the Salt Lake City’s Kingston clan, and was suspected of orchestrating the slayings of over 25 people before he died in a Utah prison in 1981.

Black was rumored to be friendly with the LeBarons (one of them lives outside Short Creek in an area known as the Cane Beds) and when Black fled to Mexico he set up shop not far from their hamlet, known as Colonia LeBaron. By that time, he had at least three wives, two of them teenage sisters he’d married in Short Creek.

“The truth is this piece of shit was a pervert,” Jessop says.

Black grew up in Short Creek, the oldest child of a deferential and quiet father who took orders from FLDS higher ups without question, and an enterprising mother who ran the community thrift store and taught Black a streetwise attitude that eventually put him at odds with church leadership.

“He felt like there was nothing he could do that was wrong,” says Ron Rohbock, a former FLDS member who was once married to Warren Jeff’s sister and now lives in Las Vegas. 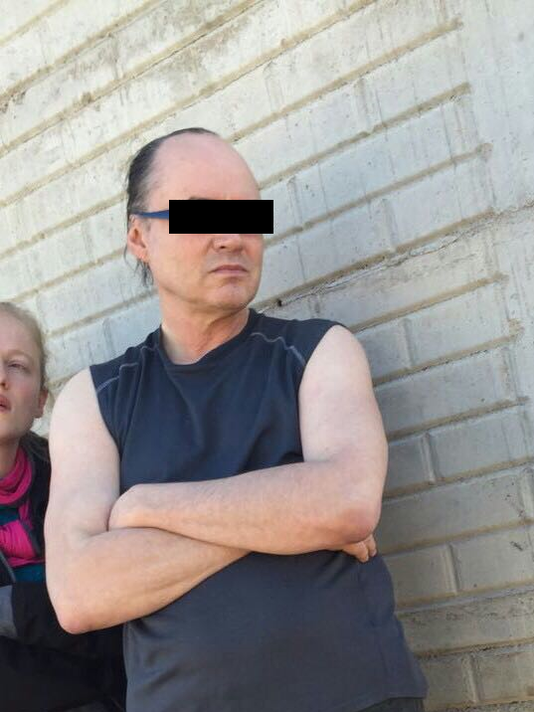 In the mid 1990s, Black soured on the church, perhaps disappointed he hadn’t become prophet, but stuck around the community, marrying other apostate wives and opening a shop called Mojave Minerals, where he claimed he was making gold out of rocks.

It was around that time that Arizona authorities started hunting Black for taking underage wives. And then he took off to Mexico.

One former high-ranking FLDS member, who spoke on condition of anonymity, says he heard that Black was doing well in Mexico and that he had built a thriving taxidermy business. When he was arrested, Mexican authorities also detained four of his wives, a woman described by Mexican law enforcement as his “concubine” and about 20 other Americans for not having proper documents. Their arrests were the culmination of an investigation that began in September, when three bodies were found about three miles from Black’s compound, which is known as Rancho El Negro, or Black Ranch. According to Mexican news reports, the men had been shot execution style at the entrance to a trailer home. When members of Black’s group summoned to identify them declined to claim the bodies, investigators became suspicious and contacted the U.S. Consulate for information on Black.

Last weekend, more than 100 Mexican law enforcement personnel descended on Black’s compound, with assistance from the FBI and the U.S. consulate. In a series of raids over two days they detained over two dozen U.S. citizens and turned up 65 stuffed animal heads, including zebras, buffaloes, a lion and a bear, along with frozen animal carcasses.

Back in Short Creek, people who knew Black told me they never liked him much, and more or less avoided him after he became a pariah. But still, they couldn’t make sense of why he would murder three of his sons, if in fact he did.

While two of the dead are suspected of being Black’s own flesh and blood, the other is said to be a stepson. His biological father, Leslie Barlow, is still back in Short Creek. When Black claimed to be a prophet in the 1990s, Barlow joined his fledgling sect, but before long Black ousted him and married his wife, and then one of Barlow’s daughters.

Barlow’s nephew, Don Barlow – who still lives in Short Creek but has also left the sect – says the last time he saw his uncle he seemed like a broken man. He was living in a trailer, alone, other than what seemed like “30 different Chihuahua dogs.”

“Faith, it seems like it holds us together,” Don Barlow says, referring to his uncle, his family and the broader community before Warren Jeffs came along. Then he chuckled wistfully. “But it sure can wreck your life in a bad way.”