El Chapo didn’t want any evidence left behind. So after beating a pair of rival narcos to a broken, bloody pulp, he shot them both in the head and ordered his men to burn the bodies.

“I don’t want any bones to remain,” he said. His men obliged. They dragged the bodies to a raging bonfire, and they dumped them in, letting them burn till there was nothing left, according to a government witness who said he took part in the killings.

A former henchman of Joaquín “El Chapo” Guzmán Loera accused his onetime boss in court on Thursday of personally torturing and executing enemies, giving jurors a glimpse into a level of cruelty and violence that has long wracked Mexico, but has been mostly unspoken at the trial of Guzmán, who faces life in prison if convicted.

Isaias Valdez Rios, also known as Memín, was the final cooperating witness called by the prosecution to testify against Guzmán, the last of a parade of former friends, associates and underlings to point a finger at Guzmán since his trial began in November.

And with closing arguments in sight — Judge Brian M. Cogan told jurors Thursday they will likely hear the last evidence next week — he viscerally described the brutal violence that el Chapo was allegedly capable of meting out in an effort to maintain control.

Valdez put so much detail into his testimony that at times Cogan appeared exasperated.

“Could we have less narrative, please?” Cogan said at one point.

Valdez, the prosecution’s last cooperating witness, is set to take the stand once more on Monday, after which the defense team is expected to call several witnesses to testify on Guzmán’s behalf. The defense team has signaled that it is possible Guzmán himself might testify, leading to feverish speculation in the courthouse about whether the alleged narco don — whose desire to tell his own story is by now well known — might insist on taking the stand.

It began in 2006, with a phone call. At the time, el Chapo was living in a series of hideouts in the remote, mountainous region on the border of the states of Sinaloa and Durango, and he and his entourage had stopped into the small town of Bastantitas, where he made some calls to far-flung lieutenants. When he got off the phone, he turned to his secretary, a redheaded man named Chinacate, with an announcement: some of his gunmen in Culiacán had picked up a member of a rival cartel, and they were putting him on a plane to the mountains to see what information he might divulge, Valdez said.

When the man arrived at an airstrip used by Guzmán, the sicarios back in Culiacán had already thoroughly worked him over, and he was in rough shape: his body was covered in small, circular burns, the kind inflicted by a car’s cigarette lighter. In other places, the torturers had burned him with a clothing iron. His skin was such a mess, so covered in open wounds, that his t-shirt clung to his skin. El Chapo was annoyed.

“How can they send him to us like that?” Valdez recalled Guzmán saying. “Why can’t they just kill him?”

According to Valdez, Guzmán put the prisoner on ice, leaving him in a shed for days, until his wounds began to fester.

“We told Mr. Joaquín that this man had a bad odor, because he was decomposing in a way,” Valdez said.

Guzmán had had enough. He ordered his men to go to a small graveyard nearby. 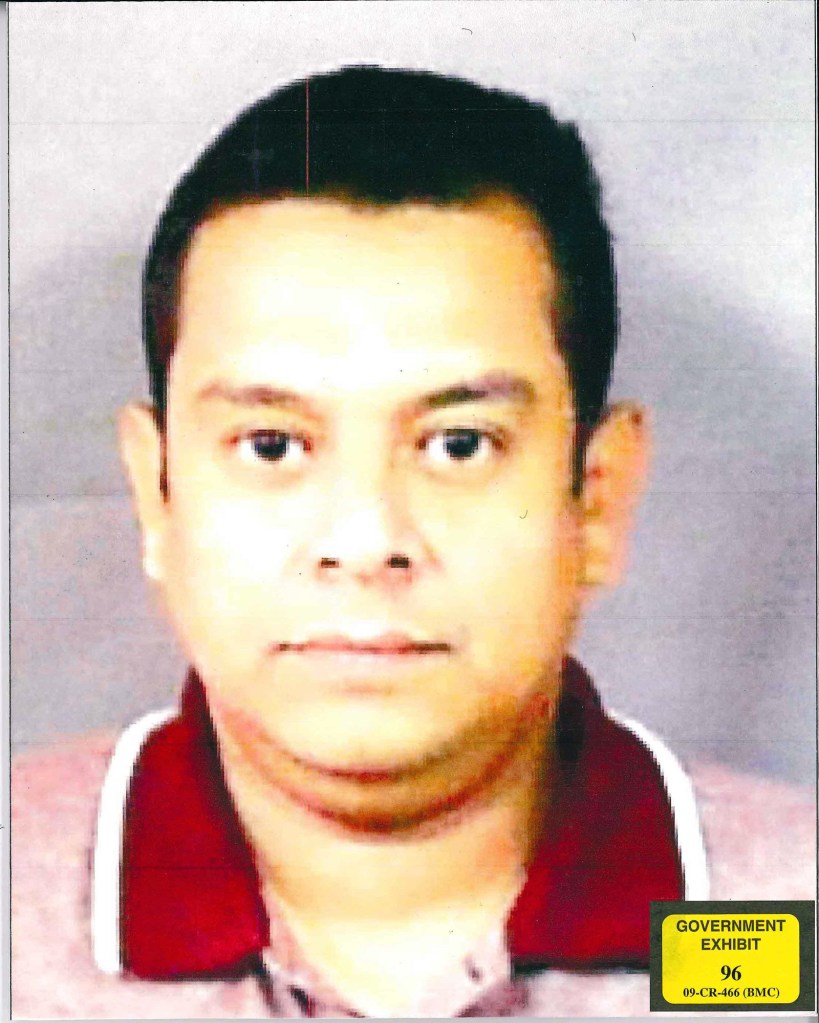 “Dig a hole,” Guzmán said, according to Valdez. “But I don’t want him to hear you while you dig.”

“The muchacho was right there on the ground,” Valdez said. “It wasn’t cold, but I think he was afraid.”

Guzmán grabbed the prisoner. “You motherfucker!” he screamed. Then he shot him.

As the prisoner — Valdez never said his name and prosecutors never asked — lay on the ground, still gasping for air, Valdez and his compadres tossed the man into the hole and buried him alive.

The next time Valdez saw his boss’s cruelty unleashed on enemies of the cartel, the alleged victims didn’t arrive pre-tortured. This time it was all Chapo, he said. This too started with a phone call. It was 2007, and El Chapo was making a call to an underling in Culiacán, the state capital of Sinaloa and the center of his empire.

When El Chapo got off the phone, he had news from Culiacán: gunmen loyal to the cartel had picked up two men they accused of being members of the Zetas, a group of ex-special forces hitmen who had begun as the armed wing of the Gulf Cartel in the early 2000s. By 2007 had begun to mutate into their own organization.

“They’re sending us a gift,” El Chapo said, according to Valdez.

After torturing the prisoners for a time, and extracting some information from them, Valdez said Guzmán told the men to drag the captured Zetas to a wooded area about 500 meters from his cabin. He asked for a large stick, Valdez said.

“How is it possible that you’re working for these people, and betraying us,” Valdez recalled his boss screaming at the prisoners as he beat them,

Before long, the Zetas were lying on the ground, unable to move. “They were like rag dolls,” Valdez said.

Guzmán ordered his men to dig a hole, Valdez said, and fill it with wood, and get a fire going. Then, tying the Zetas to the back of two ATVs, they drove the prisoners to the edge of the pit, where the pistoleros had gotten a raging fire going, and dumped them on the ground.

The men were conscious, Valdez said. They looked afraid. Guzmán, holding an assault rifle, hopped off the ATV and put the shortened barrel of the carbine to one Zeta’s head, and screamed “¡A chingar a tu madre!!” or “Fuck your mother!” Valdez said. El Chapo pulled the trigger. Then he shot the other man, Valdez said.

Guzmán went back to his cabin, and the men tended the fire until dawn, until there was nothing left. In the morning, one of Guzmán’s henchmen came back to report that the job was done.

The tales of such cruelty left jurors and members of the audience in a kind of daze, with some unable to look at the witness as he described the murders. Guzmán stared at Valdez throughout. But apart from the acts of spectacular brutality, Valdez, a former special-forces soldier who said he began working for Guzmán in 2004, gave jurors a fascinating window into the quotidian life of a cartel gunman. It was a life of routine, standing guard, sleeping on the ground, taking messages over the radio and relaying them to the boss.

He began in 2004 as a lowly guard, working security for El Chapo in the mountains, and in the first few weeks his supervisor told him not even to approach the alleged kingpin until he gained Guzmán’s trust. He slept on the ground, and he made 2,000 Mexican pesos, or about $175, a week. He was paid biweekly.

For much of the time that Guzmán was in hiding, he cooled his heels in rustic compounds, spending his days on the radio or the phone, seeing to the details of his sprawling drug-trafficking operation, according to Valdez and other witnesses who have testified at trial. For lower-ranking hired guns like Valdez, that meant a lot of waiting around, but staying vigilant. When Valdez first met Guzmán, he recalled the alleged drug lord greeting him with a friendly “What’s up dude!” and a reminder to keep his wits about him.

“Here, you really have to be on the lookout,” Valdez recalled Guzmán telling him.

Much of the work was dull. Recalling his life as Guzmán’s secretary, he said the job meant long hours sending and receiving messages, with few breaks.

“Sometimes I hardly ate,” he told jurors. “Even when Mr. Joaquín would rest in his cabin, I would try to sort of rest, but I’d have a small radio with me and he’d say ‘Memín, what did so-and-so say? Memín, say this to so-and-so.’”

But sometimes, the job called for action.

In one 2009 incident, he said, he and other sicarios rode into battle at a gas station on the outskirts of a small Sinaloan town called Burrión, where Chapo henchmen were fighting the rival Beltrán-Leyva cartel. The Sinaloa men had marked their armored SUVs with an X, so they could tell one another apart, he said. By the time the shooting was over, two of Valdez’s comrades were injured, and seven or eight of their rivals were dead. A video of the aftermath shows the battle vehicles riddled with bullets, spent ammo casings littering the ground, blood spattered on the pavement.

Another time, Valdez accompanied Guzmán’s security chief, who went by the name El Negro, and a pistolero known as Mojo Jojo, to execute an informant. They found the man at home, hiding in a bedroom. While Mojo Jojo “subdued” the women and children in one room, El Negro and another gunman dragged the doomed informant out to a patio, where the man, who Valdez described as quite large, tried desperately to escape the hit squad, clinging for life to a pole in the middle of the patio. El Negro put a stop to it, spraying the man with a burst from his automatic rifle.

When they told Guzmán, he shrugged, Valdez said.