'The Breakdown' With Joseph Gordon-Levitt

The Lingering Mysteries of Charles Manson

Mason basically has three documentaries on her hands — a gay-liberation history, a tale of civil-liberty battles, and an exploration of family dynamics — and the narratives have been stitched into one charming, if uneven, package. It kicks off by quickly sharing the story of the LAPD raid at Silver Lake’s Black Cat Tavern in 1967, and the protests it sparked, and then explains how AIDS decimated the community just as many were creating public lives for themselves.

First and foremost, don’t get it twisted: Karen Mason is not a sweet old Jewish lady. But then again you don’t run a gay porn shop for nearly 40 years by being “nice.” She had a tight grip on the store and her employees, and instilled a Mafia-like secrecy in her children about the true nature of their family’s hardcore business. She’s devoutly religious and, at the same time, permissive, instilling guilt and shame in her children (we see her berating a son at synagogue to learn Torah passages for his bar mitzvah) while seeming to look the other way when patrons are getting up to shenanigans in the shop. Dad Barry plays the goofy, lovable one well, and they both have decided to purport to have an ignorance to why anyone would get pleasure (or pay money) for DVDs with titles like A Rim With a View, Black Gang Bang, and Hole Whores of the Holy Empire. 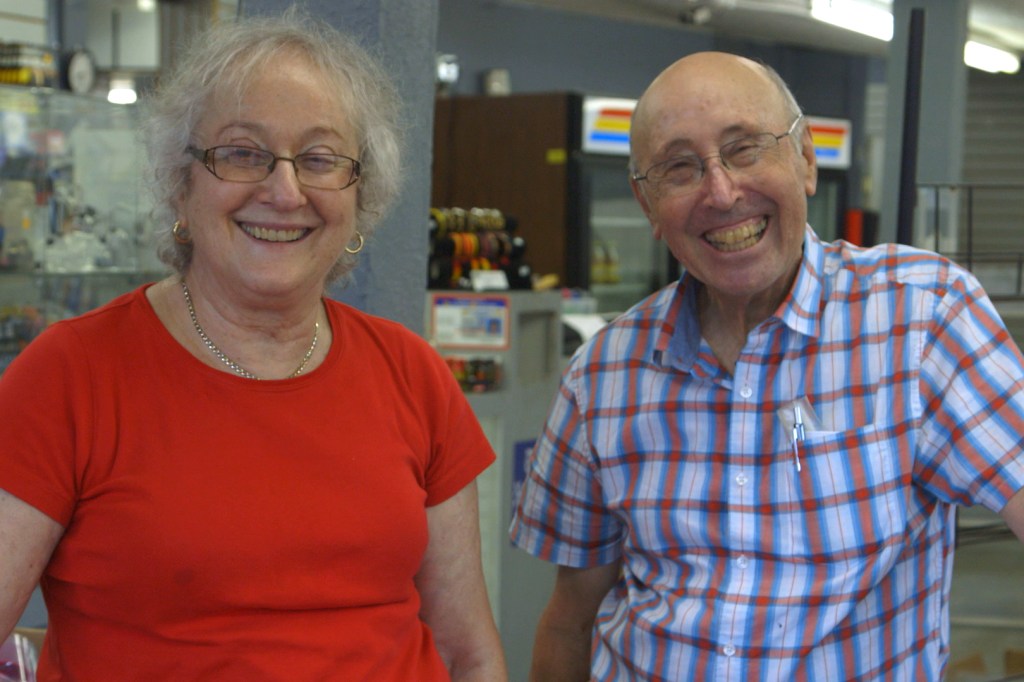 The most heartbreaking part is when it becomes clear that the bookstore is really just a capitalistic venture for Karen, and she never got over her own homophobia. We see this after Rachel turns the camera on her brother Joshua, and they discuss his own difficulty coming out to his mother. “Everything about the business was really in support of the family, ironically,” Josh explains. “The ‘gay’ part of it fell on the ‘business’ side of that mental dividing line.” Luckily, Karen does educate herself, attend PFLAG meetings, and eventually comes to acknowledges her own hypocrisy.

In more adept hands, we may have gotten a deeper sociological exploration of what the store meant to those in the gay community. As it stands, through her intimate access, Rachel was able to offer a close-up look at the duplicity, complicity, and audacity of her parents, and the impact it had on her family as well as a larger community. She also interviews former customers and employees — fans of RuPaul’s Drag Race will be excited to see that Alaska Thunderfuck (a.k.a. Justin Andrew Honard) once worked there and shares his anecdotes and pearls of wisdom — who help fill in some of the blanks.