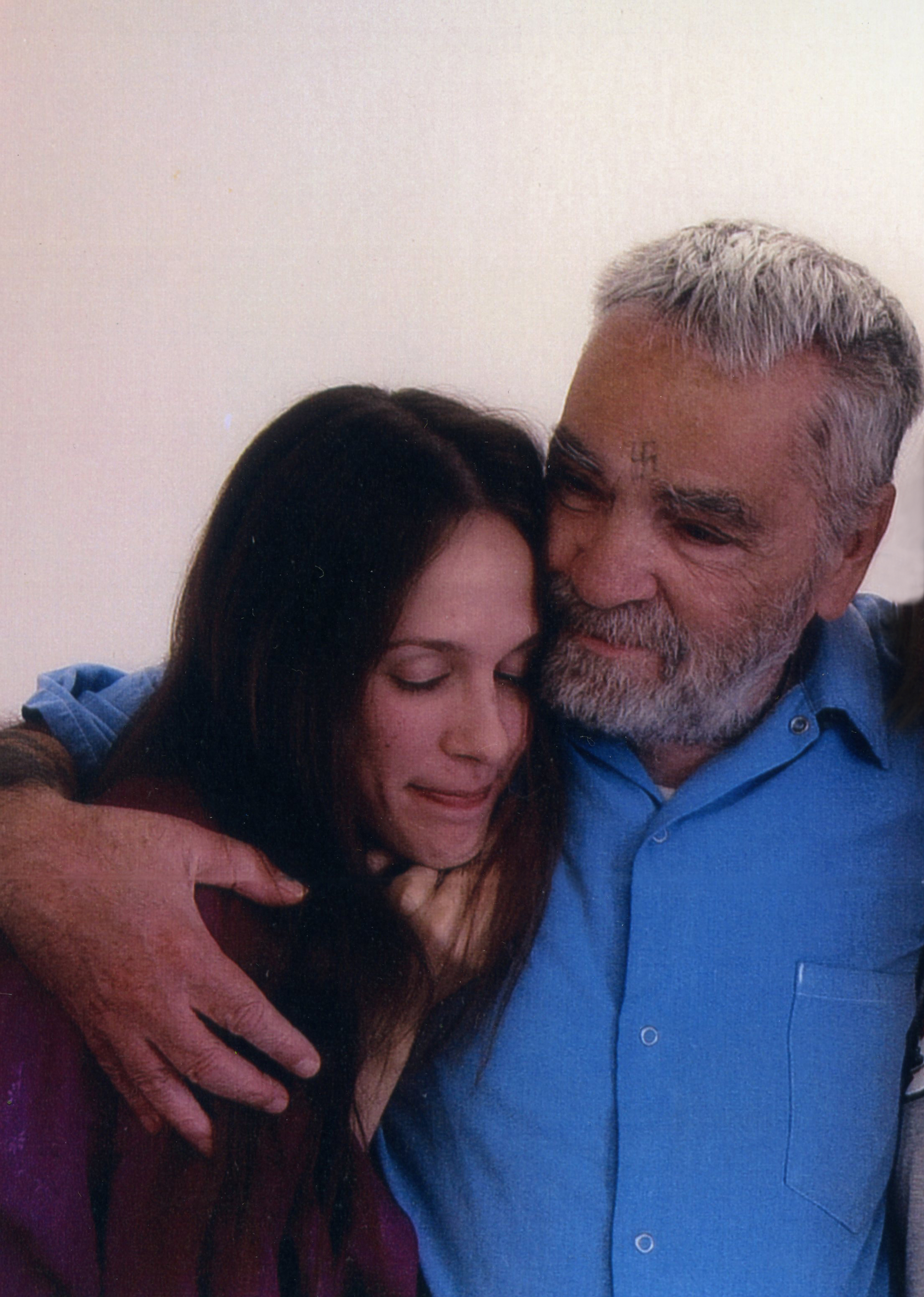 Update: In her first TV interview, Charles Manson’s fiancée says the wedding is still on. “I think he’s the most handsome man in the world,” Afton Burton told Inside Edition.

Melissa Burton was on Facebook Monday morning when she came across a headline that has reverberated throughout the Internet echo chamber: “Report: St. Louis-area woman wanted to marry Charles Manson for his corpse.” While most readers took the story with an appropriate amount of bemusement and curiosity, it was more personal for Burton, whose 26-year-old daughter Afton has been dating Manson, now 80, and is planning to get married to the notorious criminal in the near future.

Charles Manson Today: The Final Confessions of a Psychopath

The 10 Most Infamous Murderers Who Married in Prison

As first reported by the New York Post, the story claims that Afton Burton and a friend had been scheming for years to profit from Manson’s death by putting his body on display in the vein of Lenin’s Tomb. The article cited journalist/author Daniel Simone as the original source for the story. Simone, alongside collaborator and Manson friend Heidi Jordan Ley, detail the nefarious alleged plot in the manuscript for The Retrial of Charles Manson, a new as-yet-unpublished book focusing on issues and alleged inconsistencies regarding Manson’s original murder trial in 1970.

Reached by phone, Simone tells Rolling Stone that the primary source for the story was a letter Manson’s friend and former cellmate Frank Reichard had written to the journalist in 2011. “He sent us a letter stating that on one occasion in the visiting room of the prison, he overheard Ms. Burton and her boyfriend Craig Hammond discussing this possible plan to gain possession of Manson’s body upon his death,” says Simone. Simone claims that Ley had spoken to Reichard by phone last month and confirmed his statement.

“There is nothing in [the story] that is true,” Melissa tells Rolling Stone. “This is tabloid crap. It’s totally false and totally ridiculous. It’s bad enough that all this is being publicized, but to have something so outrageously stupid as that is pretty upsetting.”

According to Burton, Ley had previously attempted to contact her daughter and Manson under false pretenses. “Heidi was acting as if she was visiting another inmate and Afton helped her try and get visitation with this person,” Burton says. “She wasn’t there for what she was saying she was there for. She was there to speak with Afton and Manson. She claims she met with Charlie and she never did. He had never seen her. She’s just a liar; she’s one of those trash, tabloid [people].” Multiple attempts to reach Ley were unsuccessful, though Simone tells Rolling Stone that he is representing her on behalf of his book.

Asked to respond to the elder Burton’s allegations that the story was false, Simone says, “My response to her would be, ‘Why else would a normal, young woman — somewhat attractive — want to marry an 80-year-old convict who is allegedly the most dangerous mass murderer in the world?'”

Earlier this month, Afton Burton and Manson’s marriage license expired without the couple getting married. Simone claims that Manson had found out about Burton’s plot and refused to go along with it. Melissa Burton refutes this, telling Rolling Stone that she spoke to her daughter after the story broke and that Afton is still firmly in love with him. “I don’t know anything about [Charles] personally. I don’t know his feelings,” says Burton. “But nothing has changed [with the wedding].” Burton says the duo will be getting another license to marry in the near future.

Rolling Stone broke the news of the couple’s planned wedding in an extensive 2013 profile of Manson.

“I’ll tell you straight up, Charlie and I are going to get married,” Afton Burton said at the time. “When that will be, we don’t know. But I take it very seriously. Charlie is my husband. . .My parents like Charlie. We were just talking and they said, ‘If Charlie gets out, you guys can come stay here. You could stay in the basement for a while, and you could maybe build your own little house down by the creek.'”

Afton Burton has spent the past nine years working on Manson’s case. “Y’all can know that it’s true,” Burton told The Associated Press last year. “It’s going to happen. I love him. I’m with him.” Manson is currently serving a life sentence in Corcoran State Prison in California for his role in the 1969 murders of actress Sharon Tate and four houseguests, as well as the separate murders of Leno and Rosemary LaBianca. Burton moved to Corcoran in 2007 at the age of 19 to be closer to Manson and visits with him for up to five hours every Saturday and Sunday.

Afton Burton was not immediately available for comment, but Melissa says her daughter approaches recent stories written about her with equal parts anger and resignation. “It ticks her off,” says Burton. “It makes her angry that people come up with all these lies about her. She’s a little desensitized to it that she lets it roll off her back because it kept happening all the time. Whenever you’re being talked about so negatively. . .I try not to read the comments that people post. As a mother, I’m protective of my children and it’s very hurtful to hear the horrible things people are saying. She just tends to ignore it.”