At the start of last month, Buffy Montgomery, 35, was a massage therapist by day, and a professional mermaid (officially, an “underwater performer”) by night. By the end of the month, thanks to the COVID-19 pandemic, the Fort Lauderdale native was neither. “It literally was one minute I had a lot of work, and the next minute I had nothing,” she says.

Like many newly unemployed Americans, Buffy turned to other potential sources of revenue. She signed up to deliver for Uber Eats and Postmates. She started teaching yoga classes on Zoom. But she felt bad asking her clients, many of whom were also out of work, for money. “So I decided I’d rather just ask perverts for theirs,” she says.

Buffy is part of what many in the sex industry say is a larger trend of newcomers — or so-called “civilians” — flocking to the industry in the wake of rising unemployment during the pandemic, whether they’re camming, shooting custom clips, or selling premium Snapchat or OnlyFans subscriptions (or most likely, some combination). She says she has many other friends — mostly servers and bartenders — who are similarly out of work and casting a hopeful eye at the sex industry.

“You wouldn’t believe how many people have been reaching out asking how to get into online sex work,” says Jessie Sage, a sex worker and writer who wrote about sex work in the era of COVID-19 for On Our Moon. “[A lot of them] are about how they were interested before, but were scared. And now they don’t feel like they have anything to lose.”

Evan Seinfeld, the CEO of the subscription service IsMyGirl, says new model signups are up 300% over the past two and a half weeks. He estimates two-thirds of those are from people new to the industry, many of whom may have been subject to recent layoffs or furloughs. “I don’t think there’s any prerequisite for [selling sexy content online]. It doesn’t require a whole lot,” he says.

The influx of new talent into the cam performer pool is, perhaps unsurprisingly, not welcome news to many longtime online sex workers, who have spent years if not decades building brands. While Hey_Heidi, a veteran phone sex operator and cam performer, is careful to note she does not share this opinion, “people are getting really insecure about how all these fly-by-nights are coming in and taking their money,” she says. 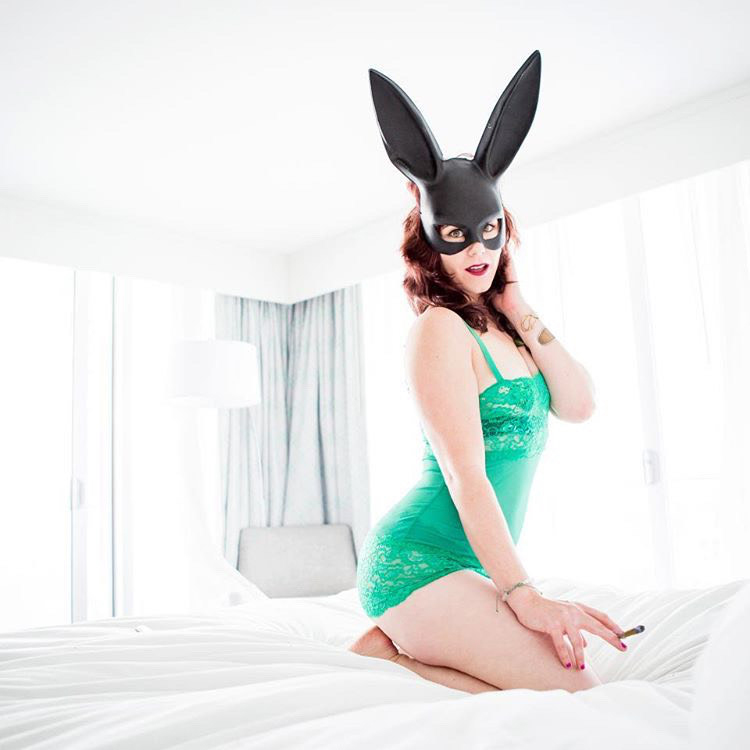 In truth, it’s a difficult time to be in the camming industry. In addition to competing with newcomers, cam performers also have to contend with sex workers in other sectors of the industry, such as escorting and shooting porn, now flooding online platforms. Additionally, while Seinfeld says sales on his website are up 30 to 35% thanks to quarantine, not every sex worker has seen such an effect. “Clients are out of work too, and if they are not out of work, there is a collective anxiety about the economy, so they are not spending as much money,” Sage says, adding that many of her clients are married and have less time or privacy to engage with her. “So two things are happening simultaneously, decreased demand and increased supply.”

Despite these combined factors, there’s a driving perception that camming is a low-cost, high-reward source of income. But this perception is not just insulting to longtime online sex workers, it also couldn’t be further from the truth, says Heidi. “One of the things that happens is people realize it’s hard fucking work,” she says. “You have to market yourself, advertise, make clips, have a set schedule. They think, ‘I’m gonna bang myself on cam and that’ll be it.'”

Heidi says she saw a similar influx of newcomers following the Great Recession in 2008, few of whom stuck around after the dust cleared from the financial crisis. She expects something similar will happen after the economy starts to regain its footing. “People get out of it really quick,” she says. “It’s not as easy money as you think.”

For her part, Buffy is learning this firsthand. Despite having spent a few weeks on both Streammate and CamSoda, she hasn’t made any money on either platform, and has struggled to attract potential clients in for private sessions. Once, she said, a potential client offered to coach her by having her model various outfits for him; when she balked at his request to try on an outfit that showed off her breasts, he ghosted her without offering her a penny. Her biggest struggle, she says, is just trying to get prospective clients’ attention, amid a sea of other performers in the same position as her.

“I haven’t had a lot of great luck with it, but that doesn’t mean I’m not gonna keep trying,” she says. “If it takes off and six months from now we can go back outside, I’ll probably keep doing it. It’s a lot easier than massage. It’s a lot more fun too.”