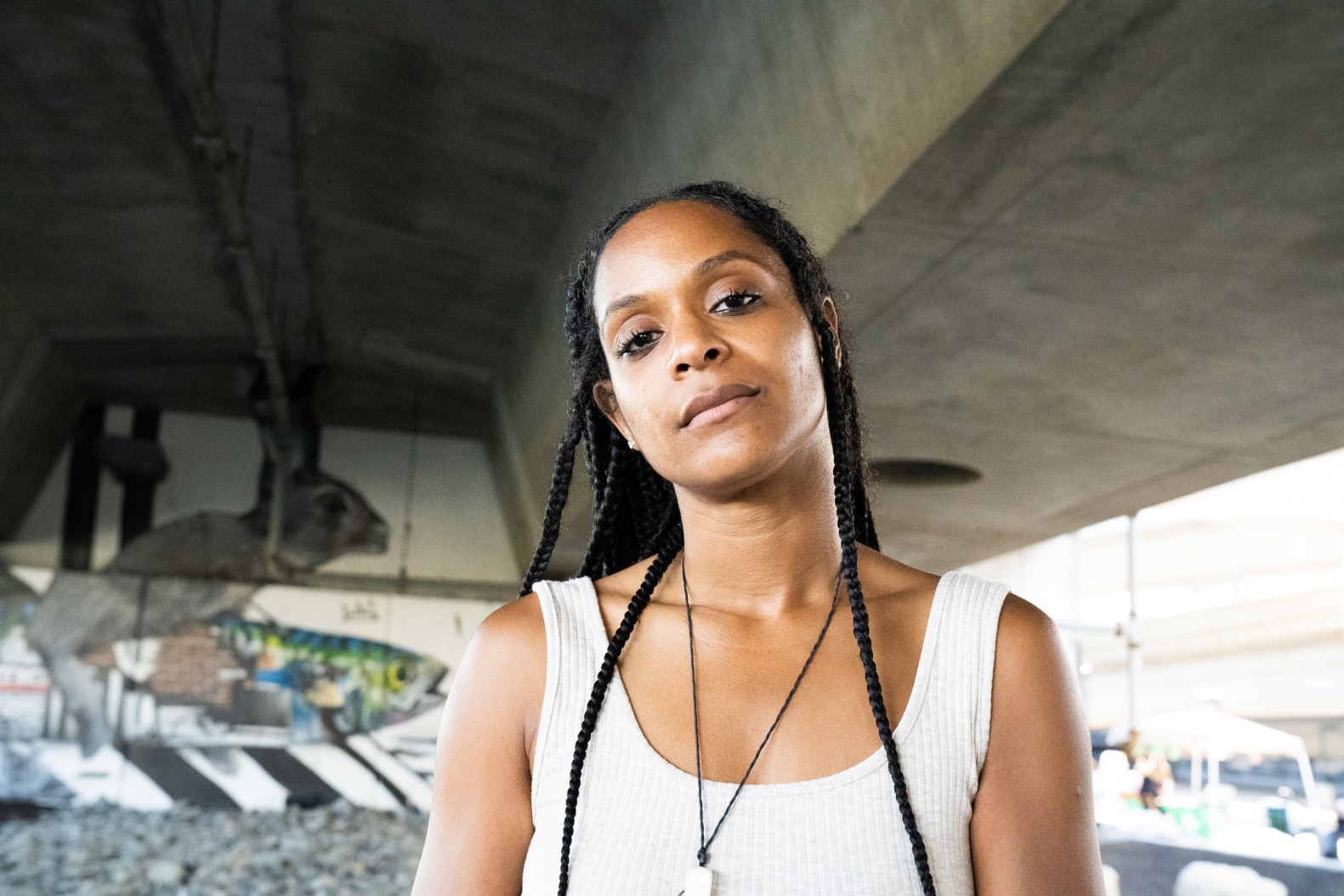 ­This past Sunday, the Underground at Ink Block, an 8-acre underpass in Boston, transformed into the perfect festival backdrop for the final day of Cannabis Week. Headliner Lupe Fiasco impressed onlookers with a set that combined high-energy antics with masterful lyrical execution, while BIA brought raw stamina to a crowd who devoured it. Other performers, such as Slaine, The Devil’s Twins, Marcela Cruz, and Latrell James simply basked in the free-flowing atmosphere. But aside from the exhilarating musical acts, its very first year, the event was able to focus on what many cannabis-legal states are still striving to do: bridge the gap between the newly formed cannabis industry and the people and communities that were most devastated by the 40-year War on Drugs.

In 2016, cannabis became legal to use recreationally in Massachusetts. A year later, the Cannabis Control Commission was formed to implement and administer laws enabling access to medical and adult use of marijuana throughout the state. The legal guidelines they came up with are straightforward: you must be 21 or older to use it, you can have up to one ounce on you and up to 10 ounces in your home, and you are allowed to grow up to 6 plants (maximum 12 if you live with at least one other person).

It wasn’t until last year that the commission started to accept applications for those eager to obtain business licenses to sell cannabis. However, it quickly acknowledged that the racial disparities in the system of incarceration would severely impact their pool of candidates. In 2016, the ACLU determined that although blacks and Latinos made up 22% of the Massachusetts population, they comprise 75% of those serving sentences for mandatory minimum drug offenses.

The Cannabis Control Commission created equity programs that aim to engage people from communities of disproportionate impact — which has been identified as 29 cities and towns throughout the state — and make sure that marginalized groups are included in the weed industry. Through their Social Equity and Economic Empowerment Programs, these communities in particular — as well as individuals living in poverty or those who have been convicted of marijuana related charges — receive technical assistance, help creating business plans, and fundraising.

In a recent meeting with the editorial board of The Republican, CCC Chairman Steve Hoffman admitted that there is still a strong racial discrepancy when it comes to the number of minority business applicants who are granted “economic empowerment priority status” in comparison to their white counterparts.

The list of recreational marijuana dispensaries in Massachusetts continues to grow, but there is still work that needs to be done to ensure that people of color are genuinely involved. Boston Cannabis Week, founded by entrepreneurs Scott Bettano and Lisa Finelli Fallon, aimed to shed light on the situation, featuring panels that delved deep into the incongruous nature of the business. Bettano approached the event as a way to share knowledge and spark dialogue surrounding inclusion.

“It was important for those who have already been through the licensing process to share their experience,” Bettano tells Rolling Stone. “Two of our speakers, Kobie Evans and Caroline Frankel, are the first Social Equity and Economic Empowerment applicants awarded licenses in the state. Across the board, all of our education and networking events were free; the only ticketed events involved entertainment. Hopefully, things like this will work to eventually lower barriers of entry into the cannabis industry.”

Behind the scenes of Cannabis Week was fairly inclusive as well. “In addition to having a female co-founder, the project managers, performers and panelists and event staff are approximately 50% women and people of color,” Finelli says. “It was incredibly important to the Boston Cannabis Week organization to have vast representation at every event.”

In a city notoriously known for its racism and gentrification, initiatives taken to empower people of color in any industry — including cannabis — are vital. Massachusetts is setting an example for other states hoping to make weed legal. But unless there are certain policies in place advocating equity and inclusion that crystallize into real action, its legalization will do more harm than good.