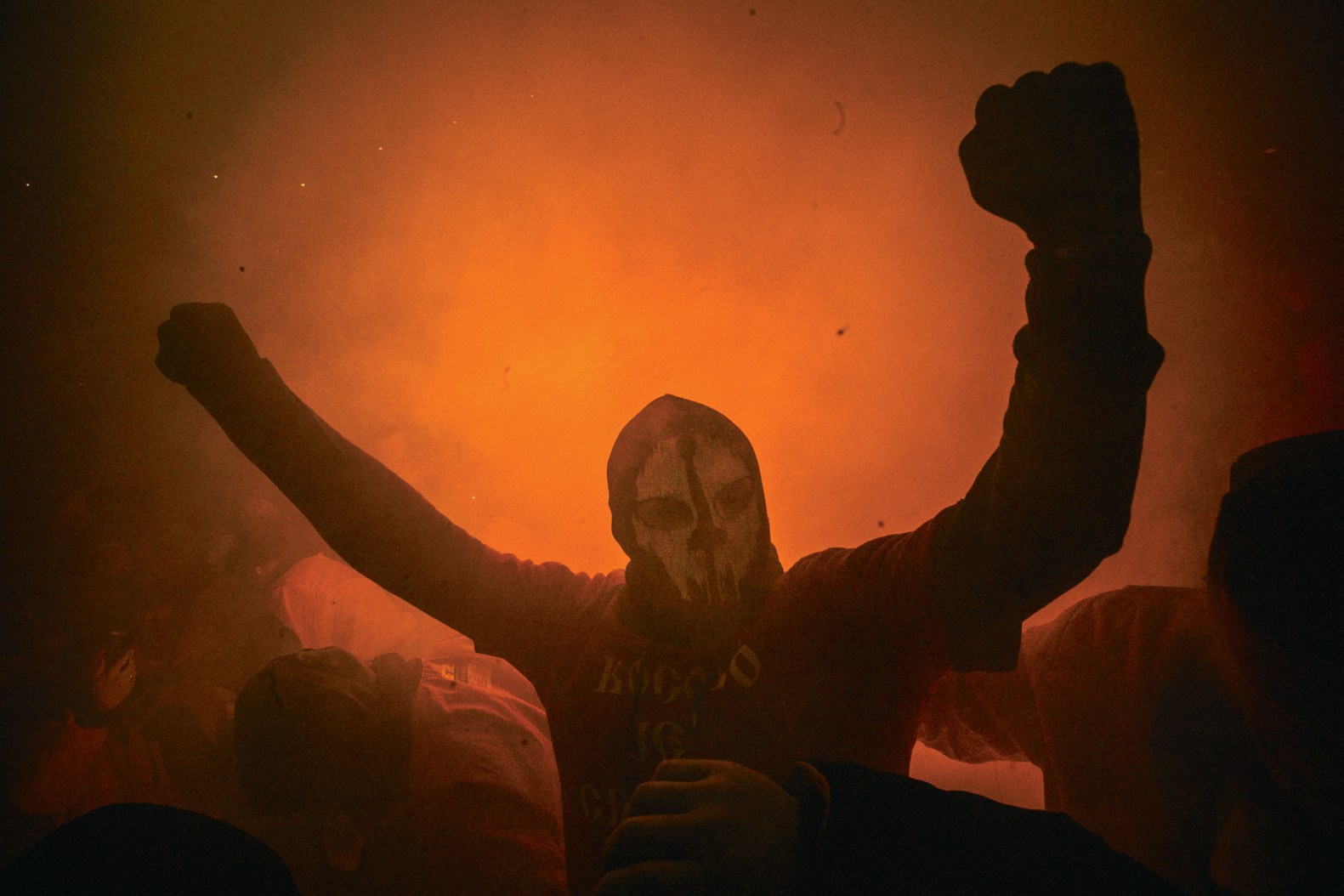 For over 20 years, Boogie has made his career as a photographer exploring the back alleys of some of the world’s biggest cities, such as New York, Istanbul and Tokyo. He goes inside the crowds, finding images that can be stark or unsettling, yet whether he’s photographing a portrait or a piece of architecture, he always gives the viewer a raw, intimate sense of his subject.

For his newest book, titled Moscow, Boogie — born Vladimir Milivojevich in Belgrade, Serbia in 1969 — went to the Russian capital for the first time in 2015. While he didn’t know the city, he felt a connection to its people. “I’m Serbian,” he tells Rolling Stone from Belgrade, where he lives when not at his home in Brooklyn. “I have to say, Russians really love us. Russians are, when you first meet them, they’re cold. Until they get to know you. Once they get to know you, they’re the best people in the world. They’ll give you everything.”

Over the course of three trips, each lasting between 10 and 12 days, the photographer was able to leverage contacts he met over social media — mostly football hooligans and local boxers — to discover an underground world that shows Moscow in all its grit and glory. “I’m not looking for regular tourist stuff,” he says. “I’m after the underground, the margins of society.”

One thing that is notably missing from the book, however, are any captions or asides from the artist — he’d rather let the photographs speak for themselves. “I never really try to influence my audience,” he says. “I let people decide what they want to think about it. I’m just trying to show the world as I see it.”

Despite that approach, Boogie indulged Rolling Stone and walked through some photographs from the book, pointing out his appreciation for the people — and especially the architecture — of the Russian metropolis.

Melinda Dillon, Actress in ‘Close Encounters of the Third Kind’ and ‘A Christmas Story,’ Dies at 83