This column is a collaboration with Honeysuckle, a print and digital and media house emphasizing diverse voices and high visual impact.

It’s impossible to address the state of Black brands in cannabis without addressing the cruel and unjust impact of the War on Drugs in the United States. The criminalization of cannabis has ripped apart families and communities, and ruined individual lives. People of color are four times more likely than white people to be arrested on possession charges. A 2021 analysis by the National Organization for Reform of Marijuana Laws (NORML), for example, reported that Black, Indigenous, and people of color (BIPOC) comprised 94 percent of cannabis-related arrests in 2020 in New York City.

As consumers and business owners increasingly reap the benefits and pleasures of looser cannabis restrictions, it’s important that the profits are equitably distributed. With that in mind, we caught up with Army veteran and cannabis activist Leo Bridgewater, national director of veteran outreach for Minorities for Medical Marijuana, for some recommendations on Black-owned cannabis brands to enjoy and support.

Biotechnology, sweet marketing skills, and some tasty juice products are the keys to success for Krystal Hamlett and Matthew Lovett, founders of the CBD brand Juice Joint. The two brought together their distinct knowledge bases — Hamlett from a science and pharmaceutical background; Lovett from the music industry — and their love of cannabis to create a company based on selling healthy, handcrafted CBD-infused juices and vitamin-rich CBD moss. Based in Philadelphia, Juice Joint ships nationwide. 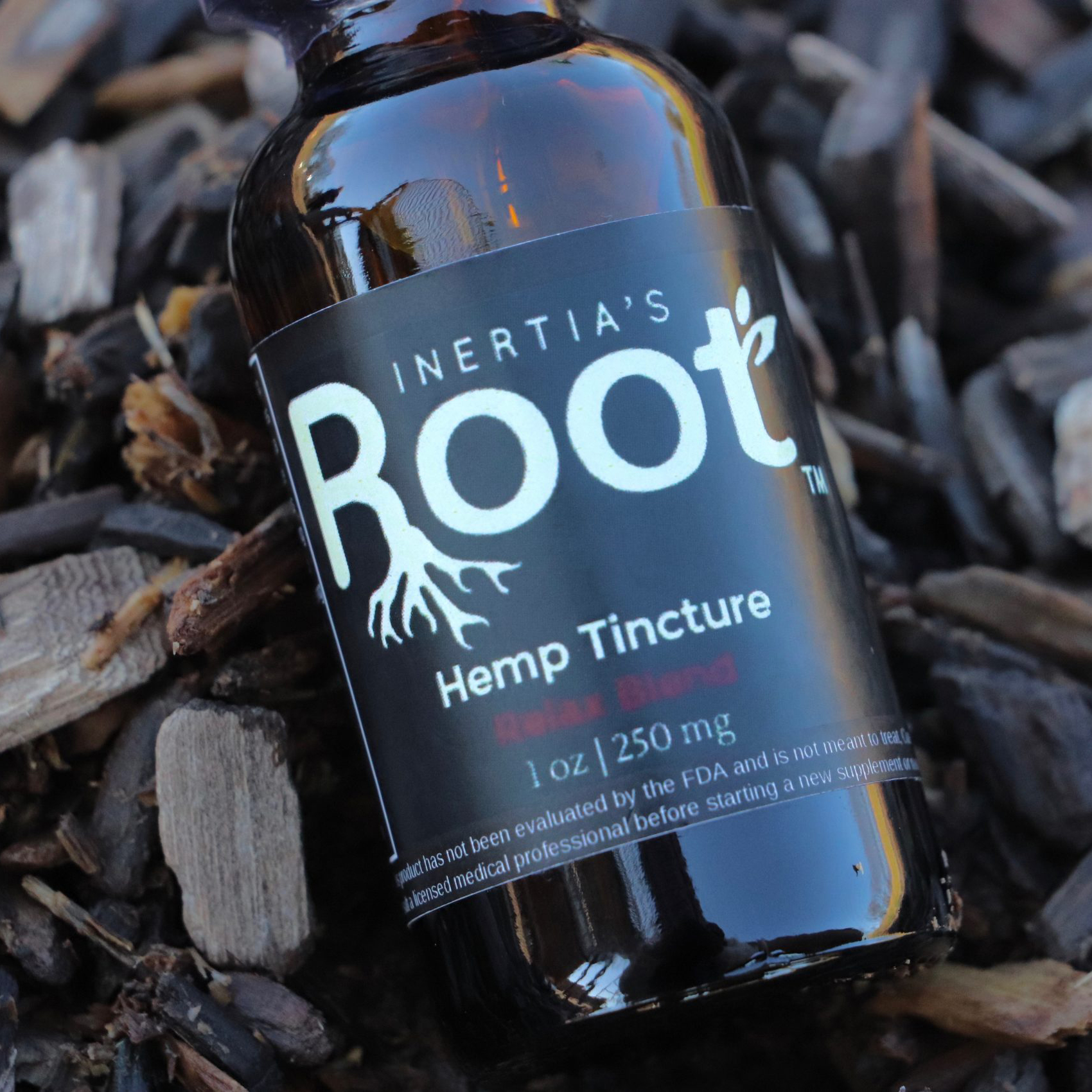 This premium hemp company, headquartered in Nashville, was established by a collective of Black farmers and focuses on creating quality holistic supplements. Stuart McClean, a former counselor with years of experience helping people recover from substance abuse, founded the business after using cannabis to treat his own health issues and learning that the plant could be beneficial in addiction therapy. Inertia’s Root, which serves consumers throughout the South, works with local farmers to grow organic, cannabinoid-rich hemp for their products that include tinctures and balms.

Shanel Lindsay, CEO and founder of Ardent Cannabis, created her signature product, the Nova, out of necessity. When she began using cannabis over a decade ago to treat her chronic health issues, she discovered how inconvenient it was to “decarboxolyze” weed, a process that involves grinding the weed up finely and toasting it (without burning) to activate the TCH, a notoriously messy (and smelly) process. Enter the Nova, an electronic, countertop decarboxolyzer that makes perfectly dosed edibles easy. “The decarboxylator is what I use when I’m making my own edibles,” says Bridgewaters. In 2017, Lindsay was named to the Massachusetts Cannabis Control Commission Advisory Board, and the following year, was named one of the 100 Most Influential People in Cannabis by High Times. Recently, Ardent added to their innovative product line with the introduction of the FX all-in-one cannabis kitchen device, which decarbs, infuses, and even bakes edibles.

Part of the Garden District, a family of lifestyle and wellness brands, Bouqé was founded by CK Dunson, a former college athlete who turned to cannabis and holistic healing methods to treat chronic pain from sports injuries. Doing research into hemp, he was impressed with the plant’s versatile applications and wanted to create a product that would encapsulate cannabis culture with an eye toward a more sustainable and innovative future. Thus, Bouqé rolling papers were born. Dunson is excited about the possibilities the hemp industry holds for Black entrepreneurs, and emphasizes the importance of grassroots organizing as well as community collaborations to build long-term success. In growing Bouqé’s reach, he and his team have forged partnerships with organizations such as Mary & Main dispensary, the advocacy nonprofit Marijuana Matters, and Uplift Maryland, an educational organization that offers cannabis industry training to budding entrepreneurs.

Did you know that hair loss and itchy scalps can be signs of burnout? Neither did Kimberly Dillon, until a twist of fate made her start using CBD on her hair and scalp. Dillon, whom Bridgewater calls “an absolute queen of the industry,” came to prominence in cannabis as the Chief Marketing Officer for the cannabis giant Papa & Barkley, building one of the biggest pain management companies in the startup space. In 2017, Dillon says she suffered a major case of burnout, and when she researched the effects burnout could have on skin and hair, a new brand began to emerge. Dillon officially launched Frigg in the summer of 2020, targeting the products toward women of color, for whom she says hair and scalp treatments are daily rituals. The brand’s products include CBD, hemp, and other natural ingredients such as chamomile and baobab oil for soothing hair treatments, attuning face oils and washes, and the popular beauty rest tea. 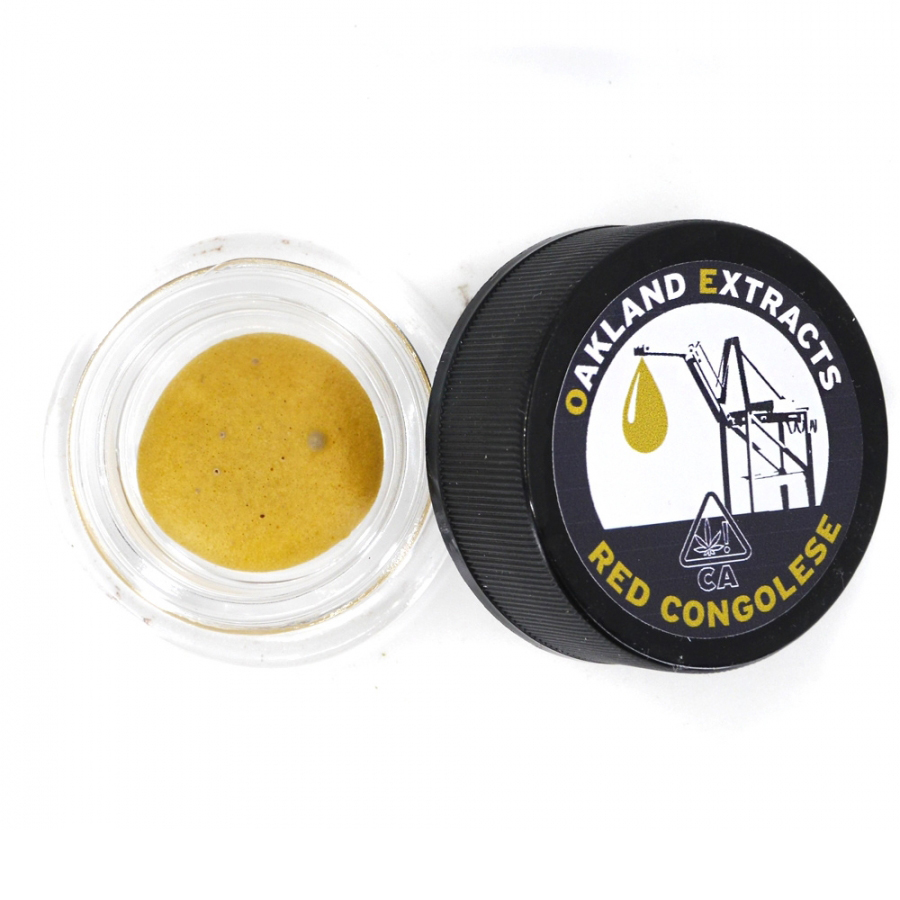 Founder Terryn Niles Buxton created Oakland Extracts to embody the community-minded slogan “Terps from the Town.” He says that when legalization happened in California, he saw prices climbing and was alarmed that people in the community who needed the plant the most would be priced out both as consumers and as entrepreneurs. Buxton has over 15 years of experience in cannabis and helped establish Oakland Extracts as a brand to watch with its signature Cookie Crumble wax. But as a Black-owned business, he explains, it was difficult to raise enough capital to compete with other companies overtaking the area. The brand almost didn’t make it, but a partnership with Jetty Extracts allowed for a relaunch in 2020 with excellent results. Now Oakland Extracts’ small-batch, top quality products — which include wax and  shatter — are taking Californians by storm, and giving back to the community by supporting local organizations such as the veteran cannabis support group Operation EVAC and SuperNova Women, which mentors women and entrepreneurs of color looking to progress in the industry.

One of the cannabis industry’s main issues is not just barriers to entry for business people of color, but also inclusivity at every level. Cannaclusive was formed by Charlese Antoinette Jones, Mary Pryor, and Tonya Rapley-Flash in 2017 to facilitate fair representation of people of color in the space. They began by creating a free stock photo library of people of color consuming cannabis as an effort to break stigmas around such imagery. Simultaneously, they coordinated workshops and resources designed to help BIPOC break into the industry, from PR and brand-building seminars to fundraising strategies and business education events. In 2020, Cannaclusive partnered with the marketing agency Almost Consulting to launch InclusiveBase, a database that makes it easier for people to find and support minority-founded cannabis products and services. Their team also engages in extensive social justice work to support recently-released cannabis prisoners to transition into working in the space.