Covid-19 Vaccine: How Dommes Are Convincing Submissives to Get Jabs - Rolling Stone
×
×

When the Covid-19 vaccine came out earlier this year, Bob, who also goes by the sobriquet Mannish Boy, was on the fence about getting it. He was wary about the speed at which the vaccine came to market, and he’d heard about preliminary data suggesting the AstraZeneca version in Europe had a rare side effect of inducing blood clots, which made him anxious. “I think I had the same reservations that many people had,” Bob, who requested that his last name be withheld to protect his privacy, tells Rolling Stone.

Anthony Fauci probably never considered that dommes convincing subs to get jabbed would be an effective way to boost the U.S. vaccination rate. Yet dommes across the country, who are slowly opening up their dungeon doors as lockdown restrictions lift, say that their efforts to persuade subs to get the shot have largely been quite successful.  “I’ve had at least a dozen [subs] who have said, ‘If this is what I have to do to see you, I’ll do it.’ And that makes me happy,” Snow tells Rolling Stone. “If I’m the reason someone is getting vaccinated, that’s one person less who can impact our community.”

Dommes using their considerable persuasive powers on their subs to serve the common good is not new: in the lead-up to the 2020 election, for instance, some dommes told Rolling Stone that they were commanding their subs to vote for now-President Joe Biden. But the dommes I spoke with didn’t see instituting vaccine requirements as a political issue at all, or even an ethical one; rather, they see it both as a self-protective measure (indeed, most sex workers are independent contractors, and thus risk having to pay exorbitant amounts for health care out-of-pocket if they get sick). It’s also a concrete way to measure subs’ devotion. “Someone who’s in service to us should respect our boundaries,” says Daddy An Li, a domme based in Los Angeles who requires proof of vaccination from subs. “Either you want to serve us and you respect us, or you don’t.”

Mistress Manouche, a domme based in East Sussex, United Kingdom, also requires proof of vaccination if subs wish to session with her. She has specific health concerns: a former leukemia patient and bone marrow transplant recipient, she lives with elderly parents and operates her dungeon from their shared home. Though she initially asked subs to wear masks, she found that wasn’t feasible in a dungeon space. “What we do is very intimate,” she tells Rolling Stone. “I spit in my subs’ mouths. I’m touching them. I use bullwhips, but you can’t just bullwhip someone 10 foot away. You’re in a closed space, and it’s not always practical to just wear masks. I couldn’t work properly and do what I normally do if I have to keep my distance.”

Indeed, depending on what their specialty is, some dommes just don’t feel comfortable enough doing in-person work unless subs are vaccinated. “I specialize in toilet play” — essentially, “shitting on dudes” — “and I can’t do it with people who are unvaccinated,” says Daddy An Li. 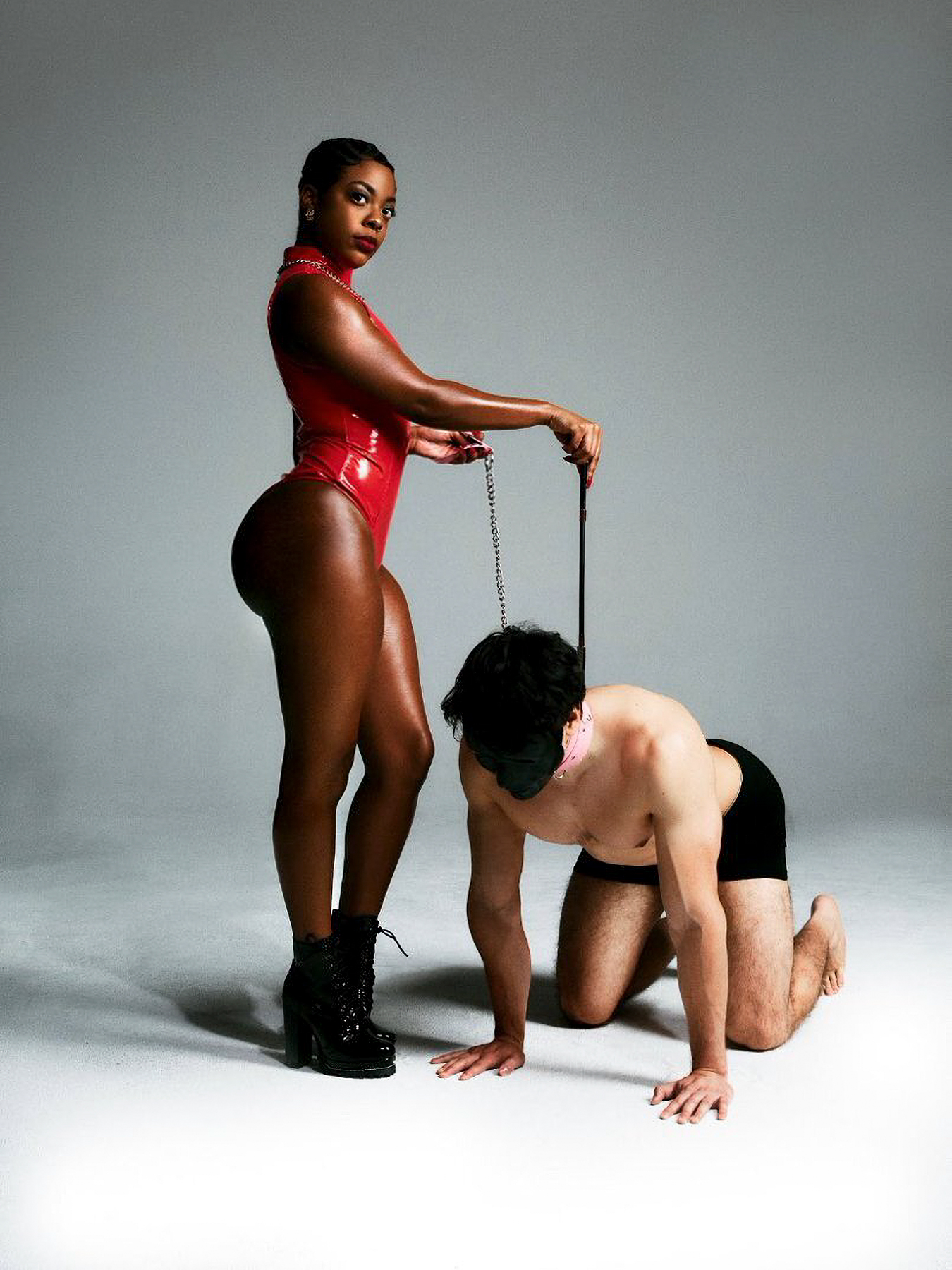 Like many dommes, Mistress Manouche’s in-person business was decimated by the pandemic; though she tried to transition her business to online, she found that she got quickly burnt out by the content churn, and shifted to selling cards and chocolates just to make enough money to buy cigarettes. “It was absolutely awful,” she says. After she got her first Covid vaccine shot in January and her second in April, Mistress Manouche started opening her doors again and requiring proof of vaccination at her sessions. At first, “they were a bit iffy,” she says, citing one in particular who begged for an exemption from the requirement, saying he would get a test every day if it meant he could see her. But she managed to convince him to get the shot, as well as five other subs who were previously on the fence. “If it meant not sessioning with me, they’re going to get their jabs,” she says.

That said, not every domme is making vaccination a requirement, particularly when doing so could negatively affect their bottom line. Snow says the subject often comes up in a Slack channel she runs for sex workers, and that during the peak of the pandemic, there was a long-running debate regarding the ethics of seeing clients in-person. “The sticky thing is, in-person sex workers’ incomes were decimated during the pandemic,” she says. “So there was a lot of shame that was happening: certain people who were more privileged were shaming others for taking sessions.” Similar conversations have been taking place since the vaccine became widely available: “some people don’t have the ability to say ‘If you’re not vaxxed, you can’t come.’ They have to make decisions based on money rather than safety,” she says.

Indeed, adopting a mandatory vaccination policy has hurt Wicked Eden’s bottom line, and Snow estimates she’s seen about a 30 percent reduction in session bookings since instituting the mandate. She also says that since announcing the policy, she was “inundated” with angry emails citing misinformation related to the vaccine. “It was link after link after link to all of these very strange websites trying to convince people vaccinations were fraudulent, to the point where we were like, ‘is this going to be an issue?'” she says.

Yet the vast majority of vaccine-hesitant subs, she says, have agreed to get the vaccine. And afterward, “I’m always like ‘good job, I’m proud of you! Good boy!,'” she says.