In 2016, the writer Chuck Klosterman wrote an essay for the New York Times speculating about which musician will be taught in history classes 300 years from now as emblematic of American rock music. After going through all the usual suspects — the Beatles, the Stones, Elvis, Dylan — he eventually lands on Chuck Berry, whom he considers “the purest distillation” of rock music. “The songs he made are essential, but secondary to who he was and why he made them. He is the idea itself,” Klosterman wrote.

Recently, amidst the waning days of the 2010s, I found myself asking a similar question about an event with a different kind of cultural significance: the #MeToo movement, and the bad-with-a-capital-B men who deservedly found themselves in its crosshairs. If the villains of the movement had a mascot, a Gritty-esque caricature of avarice and ego, who, exactly, would it be? The most obvious answer is a tie between Harvey Weinstein and Bill Cosby (even though Cosby’s downfall actually predated the movement itself), both on the basis of the sheer magnitude of their predation and their shared lack of remorse.

Cardi B Talks #MeToo Incident at Magazine Shoot: 'It Happens Really Every Day'

But in terms of which bad with a capital B celebrity serves as, per Klosterman’s definition, the purest distillation of what we understand the #MeToo movement to be, I think that person is Aziz Ansari. Although the egregiousness of his sexual misdeeds is eclipsed by that of other predators, if we understand the #MeToo movement to be about sparking discussions about toxic masculinity and holding those who benefit most from it accountable, Ansari’s story reflects both the movement’s strengths and shortcomings in this regard; he is most representative of the idea itself.

In early 2018, Ansari was, in the parlance of some boomers, #MeToo’ed, thanks to a first-person account from a woman named “Grace” in the now-defunct website babe.net. A 22-year-old photographer, Grace claimed that she had gone on a date with Ansari (then in his mid-thirties) and he had tried to pressure her into having sex with him, shoving his fingers down her throat and chasing her around his apartment; when she refused, he appeared to relent, only to then coerce her into giving him oral sex. She went home crying in an Uber.

After the piece was published, many rightfully pointed out that babe.net had breached numerous editorial protocols before running it, such as not reaching out to Ansari to comment or failing to interview any sources other than the pseudonymous Grace. Most of the response, however, focused less on journalistic ethics and more on outrage that Ansari, a celebrated auteur and self-styled feminist ally, had been thrown onto the pyre of the #MeToo movement at all. The New York Times’s Bari Weiss wrote an op-ed claiming that the babe.net story represented how the movement had gone too far, and there was much general hand-wringing over whether it was “fair” for a man’s career to be destroyed over behavior that was perhaps ungentlemanly, but certainly not criminal.

Crucially, Ansari’s career was not destroyed, or even very much affected at all. His latest Netflix comedy special debuted last summer to critical acclaim, and was recently nominated for a Grammy. However, Ansari’s downfall (however temporary it may have been) ushered in a torrent of reactions from young women who claimed to have had one or many similarly scary and uncomfortable sexual experiences with men, and the toll they had taken on their psyches. For anyone who was really listening to such stories (and it was clear from how widely Weiss’s op-ed was shared that many people were not), it was hard to take away anything from the Aziz Ansari story, other than that Grace was not alone.

Prior to the babe.net story, there had been a firm line drawn in the sand between capital B Bad Men like Weinstein and Cosby — leering serial predators with middle-aged paunches and hooded eyelids, who allegedly raped and groped and drugged and wielded institutional power like cudgels —  and seemingly hapless dudes like Ansari, who were guilty of nothing other than really wanting blow jobs and, as Weiss put it, “not being mind readers.” After the babe.net story, however, it was clear that that line did not exist, or at least that it was far less sharply defined than most people, particularly men, would like to believe.

Perhaps Aziz Ansari was not a Bad Man in the grotesque Weinsteinian sense. But the primary takeaway from the babe.net story was that, by prioritizing his own needs and desires over that of his partner, he certainly had been Bad at that moment — which is to say that virtually every straight man between the ages of 16 and 45 had, at some point or another, been Bad, too. And not unsurprisingly, this realization scared the shit out of many men.

If #MeToo is to be understood as a historical reckoning of toxic masculinity on an unprecedented scale, then the babe.net story should be viewed as the moment that all men were forced to stare squinting into the harsh glare of the reality that they could have been Bad — could be Bad — too. From there, the question then became: what made them that way? 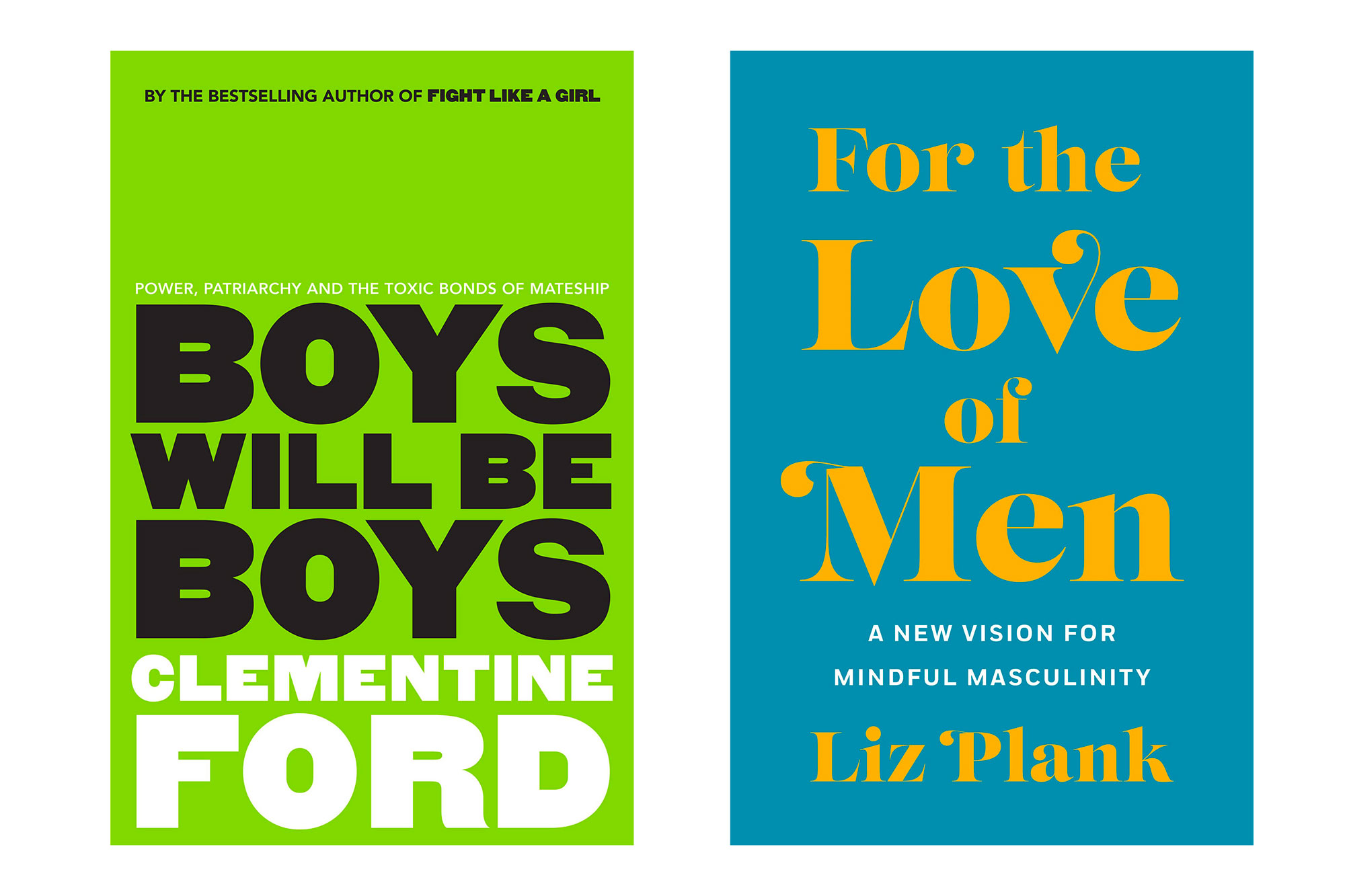 As the 2010s draws to a close, there is no paucity of resources for men who wish to explore the answer to that question. The final year of the decade, in particular, saw the publication of a number of books pinpointing the driving force behind said badness: Clementine Ford’s Boys Will Be Boys, Liz Plank’s For the Love of Men, Cleo Stiller’s Modern Manhood. (Peggy Orenstein’s Boys and Sex and Michael Ian Black’s A Better Man: A (Mostly) Serious Letter to My Son will come out next year.)

An observer of publishing trends can pinpoint a few reasons for this genre’s existence. Bad men have always existed, but it wasn’t until recently that they finally started to be dragged out of the crevices en masse and brought into the public squares for good old-fashioned floggings (or canceling, as the case may be). While the fallout from the 2016 election laid the groundwork for a large-scale discussion of toxic masculinity, #MeToo built atop that foundation, giving women the vocabulary to label predatory behavior for what it was, and giving men the impetus to think more critically about their behavior. Both events also created an opportunity for #Resistance-style pundits to brand themselves as guides for terrified straight men, holding their hands and ferrying them across the murky waters of the current cultural moment like Charon through the Underworld.

None of this is to say that this genre is not necessary; it is, and urgently so. Men are in crisis, and the culprit is toxic masculinity, a term used to describe harmful cultural ideals aimed at men: aggressive machismo, John Waynian stoicism, the pressure to attain Jason Momoa’s deltoids. While women internalize gendered cultural ideals just as much as men do, they are more likely to direct their anger at failing to live up to them toward themselves. To be fair, most men do this as well (white men make up 70% of American deaths by suicide), but toxic masculinity is also rapidly racking up a body count. “There is no greater threat to humankind than the toxic definitions of masculinity,” reads the opening line of Plank’s book, and she is not wrong. El Paso, Tree of Life, Charleston church, Toronto van attacks, Gilroy Garlic Festival: all of these have become shorthand for the phenomenon of young, angry, predominantly white men being quietly radicalized online and spurred to violence.

While there is a world of difference between the Weinsteins of the world and, say, a 20-year-old who loses his job and livestreams himself shooting up his workplace for the lulz, most discussions of toxic masculinity stem from the acknowledgment that the actions of all Bad Men largely stem from the same place: that they are owed something, and that they are entitled to resort to whatever means necessary to get it. “Everyone experiences hardship, but only one demographic [white men] seems to produce people who believe experiencing it means you can take it out on others,” Plank writes in For the Love of Men. 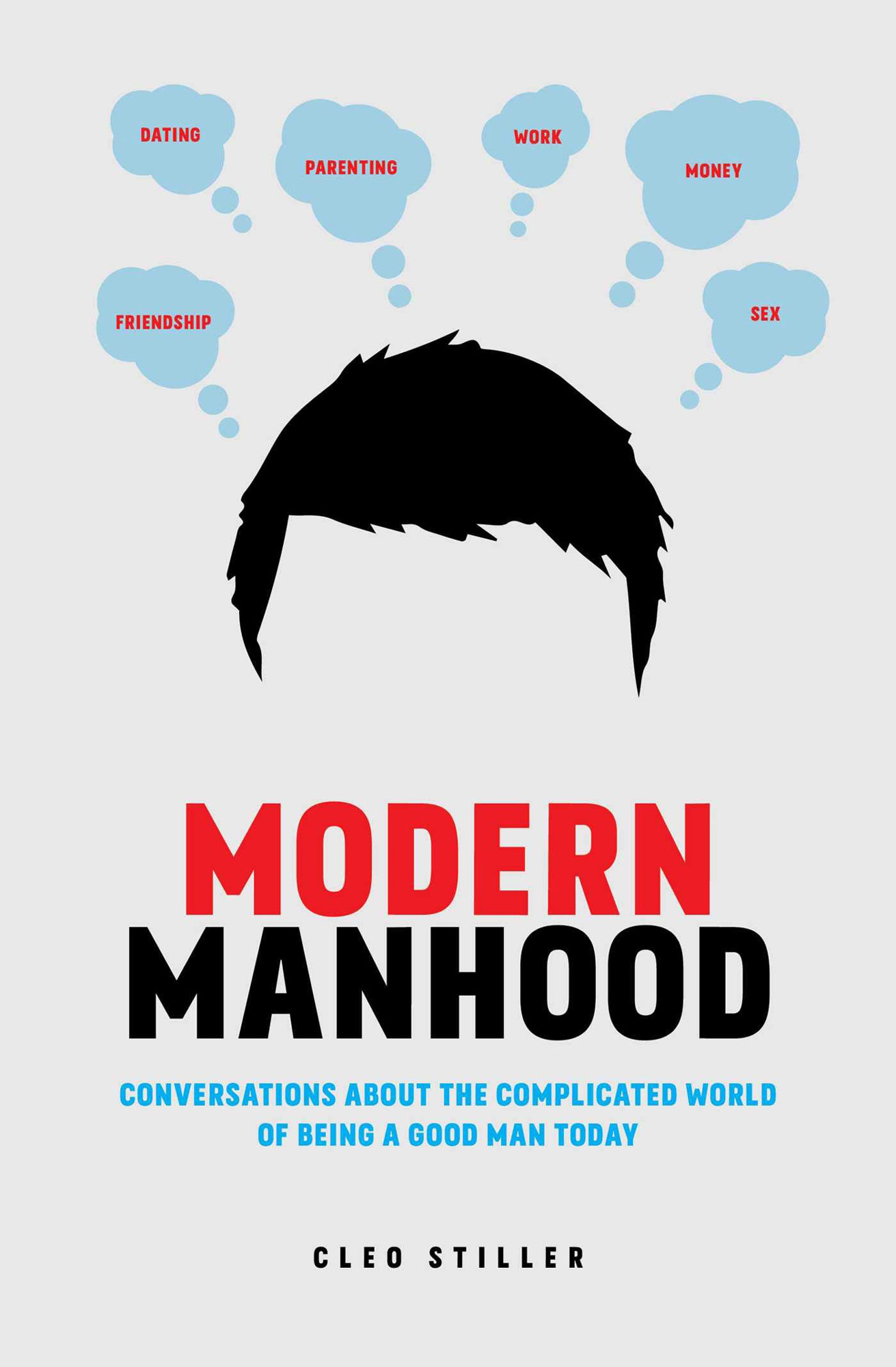 In Modern Manhood, author Cleo Stiller refers to Aziz Ansari’s downfall (or lack thereof) as a “#MeToo Rorschach test,” in that it reflects people’s individual feelings about the greater #MeToo movement. But it is probably more accurate to say that it is a straight-up mirror to the movement, both in what it has been able to accomplish in terms of altering the broader cultural conversation; and what it has not. In the former column, it underscored the universality of Bad male behavior and forced men to sit with their own sexual histories, prompting them to arguably be more uncomfortable than they ever had been before.

But these effects did not seem to last very long. For one thing, Ansari emerged from the fracas relatively unscathed; though it is up to you to determine whether he should have, he is far from the only male celebrity to have recovered so handily from such allegations. In 2018, for instance, James Franco was accused of sexually exploiting female students at his acting school by dangling prospective roles over their head if they would participate in explicit nude scenes and simulated sex sequences; Franco, who like Ansari touted both Woke Male and indie auteur bona fides, initially denied all wrongdoing, then apologized, continuing to star on and executive produce the HBO series The Deuce until it ended earlier this year. While there is perhaps no more clear-cut example of toxic masculinity than using your power and privilege to convince young women in your field to do things that make them uncomfortable, his is a case study in there existing a certain class of Man who, whether due to to his looks or talent or reputation, can never quite be seen as fully Bad to begin with.

Additionally, since the babe.net story, the tone of the conversation surrounding Bad Men has seemingly shifted, from angry and unyielding to gentler and more conciliatory. “[Decentering maleness] can be a challenge for some. It’s hard to pay attention and listen when you’ve got a boner (so I’m told),” Stiler writes in the chapter in which she cites Ansari and the babe.net story. Such statements reflect Stiller’s obvious and admirable empathy with the (presumably, male) reader, but they also seemingly don’t take into account the reality that empathizing too much with men’s inability to control their own boners leads to the cultural prioritization of male sexual desire (and appalling sexual predator apologia like Weiss’s “mind-reader” piece) to begin with.

As flawed as the babe.net story was, it still indicated that in the early days of #MeToo, there was a tacit understanding that the gains of the movement were worth the risk of alienating men by forcing them to sit with their own discomfort; these days, we appear to be more concerned with preserving their feelings. But in truth, there are no easy salvos in the path toward healing toxic masculinity; it’s hard to know exactly how to fix something that we, as a culture, have only just come to agree is broken. The question of what to do about Bad Men may only have recently come to national prominence, but it is bound to continue into the coming decade and beyond, and both For the Love of Men and Modern Manhood are generous in their acknowledgment that being Bad and being broken are not, at the end of the day, the same thing.