In early 2014, I got my first weed-oil vape pen. It was elegant and silver, with a rechargeable battery that screwed into a transparent cartridge filled with amber-colored marijuana concentrate. I had never liked the feeling of vaporizing actual pot – it wasn’t strong enough, and usually just left me lightheaded – but an oil cartridge attached to an electronic cigarette was different. Each hit got me just as stoned as a puff off a joint, with none of the smoke. It was like a revelation.

I had tried marijuana concentrates before – a year before I got the pen, I “dabbed” some hash oil and got so messed up that I had to flake on plans with a new boyfriend, thus essentially ending the relationship – but this was different. It was just so darn convenient, and so discreet. Unlike pipes or blunts, a weed vape pen creates virtually no smell. Suddenly, I could sneak a few hits in the bathroom during a concert or comedy show, or quietly get high in the back of a bar while the rest of my friends downed shots. I started carrying the thing with me everywhere I went. Vape pens felt like the future.

How to Choose a Weed Vape Pen

At the same time, I felt suspicious about the stuff I was inhaling. What was in it? How was it made? It was almost impossible to find a working phone number or email address for any of the nascent companies making cannabis oil in California, so I went to weed festivals like Chalice and High Times cups to try to talk to the people who made and sold this stuff for a living. While stoners waited in line for free dabs, I would make my way to the back of a booth and try to figure out who was in charge. In this way, I initially spoke with over a dozen people who made cannabis oil for a living.

I learned that the majority of the vape pens on the market contained a type of concentrate known as butane hash oil (BHO), though stores were selling it under a variety of names. It had all been made in roughly the same way, though –by stuffing the pot that was too moldy or ugly or weak to sell into steel tubes or PVC pipe, fastening a filter to one end, and then releasing cans of lighter fluid to flow through the pipe, over the plant matter, in order to squeeze out every last drop of mind-altering THC. Some people had already started using advanced extraction equipment to make hash oil, but most self-styled “extract artists” were just doing this in their basements or backyards – a dangerous endeavor that’s led to hundreds of fires and explosions across the country in recent years.

What dripped out at the end was a slab of bubbling oil that looked a lot like snot, which was then “purified” to some extent, perhaps by putting it into a vacuum oven, soaking it in ethanol, or – in more amateur cases – by throwing it in the freezer or over boiling water. Since all of this was (and for the most part still is) unregulated, the resulting product varies in consistency and appearance, depending on who made it and how. Pot shops and drug dealers started marketing butane hash oil based on its texture, as though each form was a different product. Soft, fudge-like hash oil was called “budder.” Brittle, glass-like stuff was deemed “shatter.” Golden powder-y clumps were called “crumble.” Pretty much anything thick and yellow was known as “wax.” 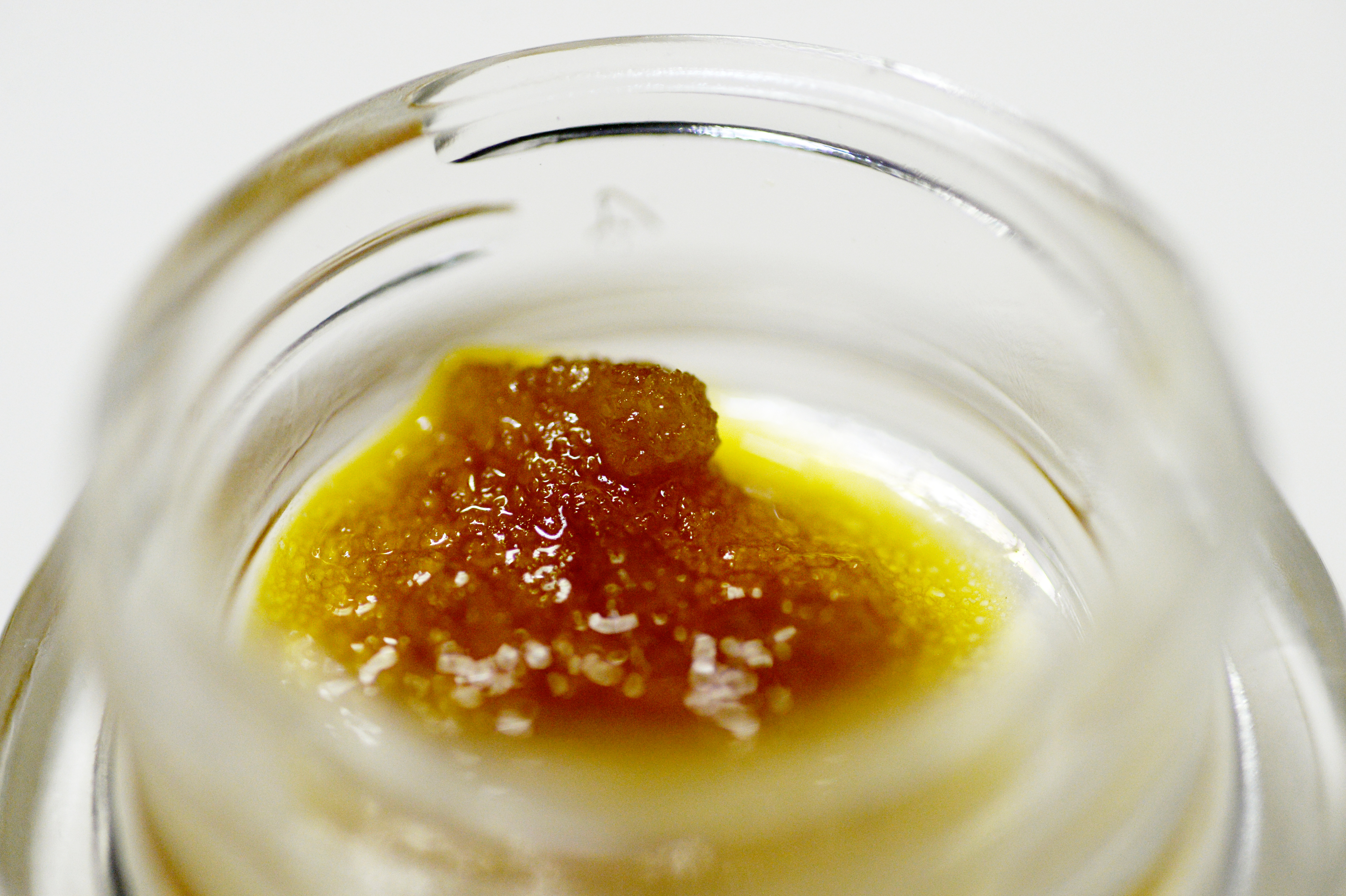 When I started talking to scientists about what was actually in the concentrated marijuana that I was vaping, I quickly became alarmed. So many of the sick people and stoners I knew who used vape pens were convinced that vaping was safer than smoking. It felt easier on the lungs, at least, and seemed somehow less dangerous. But according to the handful of chemists who were familiar with the product, there were several reasons to be concerned.

“The market is flooded with substandard products that have questionable safety,” says Jahan Marcu, the Chief Scientific Officer at patient advocacy group Americans for Safe Access, and has a PhD in molecular pharmacology. “These companies are doing their safety testing on the public and their loved ones.”

That being said, we have no idea how bad or how serious any of these health threats might be. Because cannabis is still federally illegal, and the only legal research that can happen with the plant must use low-quality pot from the University of Mississippi, there has been almost no solid research and no clinical trials about electronically vaping marijuana oil. All of the health data we have regarding the potentially dangerous byproducts of vaping relate to eating these chemicals or being exposed to them in a factory-like setting – not to heating them up with an electrical coil and taking them directly to the face. It’s possible that vaping known carcinogens is totally fine! But the contents of vape cartridges are barely monitored in most states, and what we do know is pretty concerning.

So now, the really scary stuff. First off, when vape pens first became popular, there was some concern around inhaling butane leftover after the extraction process. For cannabis oil companies, this was one of the easiest problems to fix: most residual butane can be removed in a vacuum oven, and a lot of legal states now limit the parts per million of butane that can remain in cannabis oil. Additionally, in the past few years, several vape companies shifted to using supercritical extraction machines that use CO2, instead of butane. This eliminated the second potential safety issue: the chemicals that get put into lighter fluid to help it flow through pumps. About one percent of lighter fluid is not actually butane, and some of those chemicals – including neopentane and hexane – are known to be harmful to human beings in certain concentrations.

Next, some scientists told me they were worried about cannabis oil containing concentrated cuticle waxes – the shiny layer of lipids on the outside of most plants. Smoking burns these away, but vaporizing does not, so experts like Steep Hill Lab’s Kymron deCesare have told me they worry about these waxes collecting in your lungs and forming granulomas that could later cause health problems. At this point, there’s only anecdotal evidence about what these lung problems might look like, and how bad the consequences could be, but a lot of cannabis extraction companies now remove the cuticle waxes from their oil in a process called winterization. Oil that has been winterized is less viscous than oil that still contains waxes. 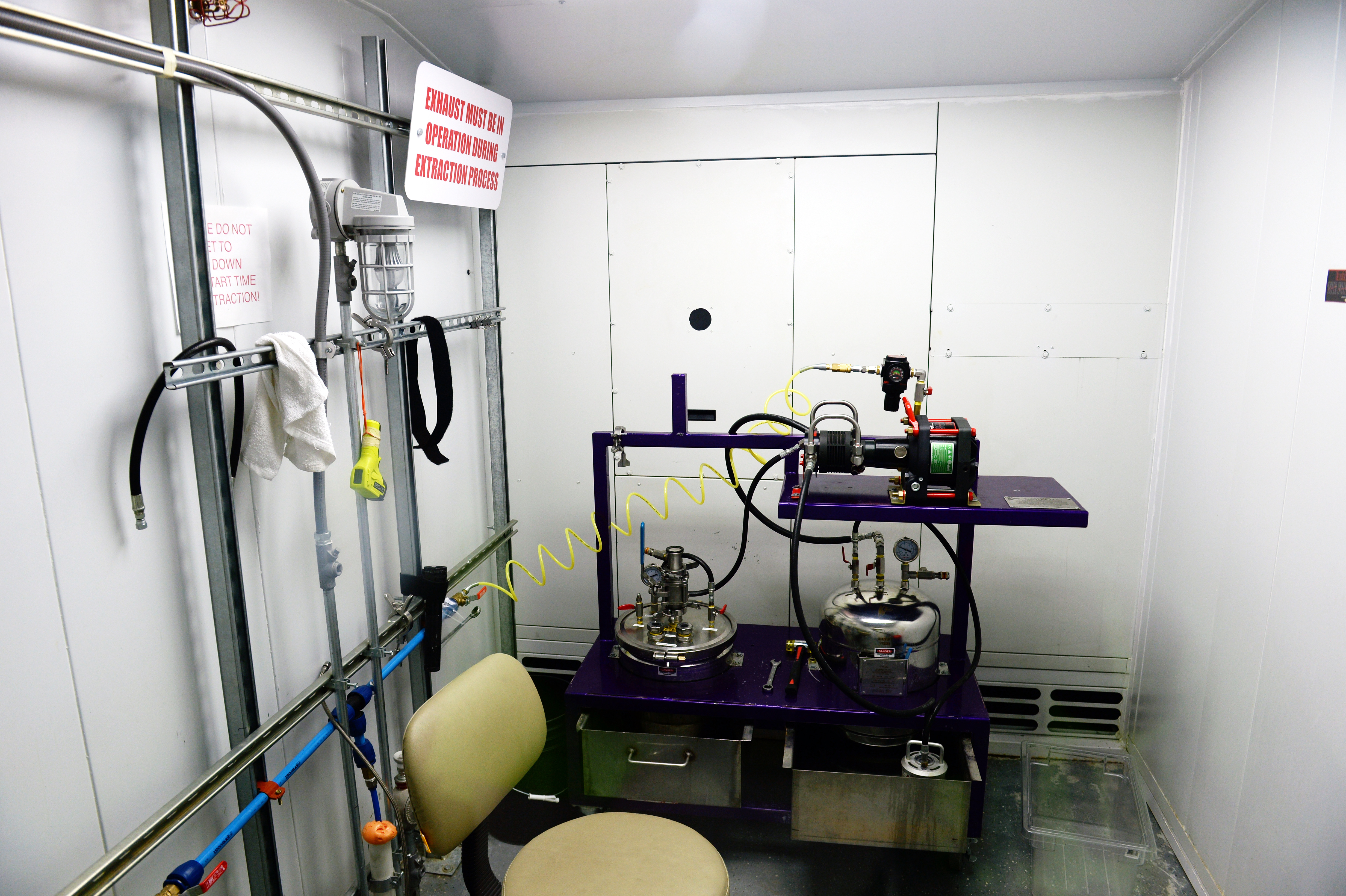 But guess what? You can’t just look for vape pens with thinner oil, because if it’s not very viscous, there’s a good chance it’s been cut with some kind of additive or synthetic flavoring. Marcu wrote in 2015 about the potential dangers of proplyene glycol and polyethelyne glycol — two chemicals that get put into both nicotine and hash oil vape pens. A study from 2010 showed inhaling propylene glycol can exacerbate asthma and allergies, and multiple studies have shown that proplyene glycol and polyethelyne glycol break down into the carcinogens formaldehyde and acetaldehyde — especially when vaped at high temperatures.

In fact, the strength and heat of your vape pen battery seems to matter a great deal. A recent study from chemists at Portland State University found that the hotter that hash oil gets, the more carcinogens will be released.

Then there’s the question of what else was on that weed to begin with. The chemicals that farmers use on pot to eliminate mites and mold and mildew, and those that make their buds denser, are basically invisible but are known to kill brain cells and cause cancer. These pesticides and plant-growth regulators are on pretty much everything you’re smoking, but scientists suggest they are most harmful in higher concentrations – meaning pesticides on your pot are not as bad for you as pesticides in your concentrated cannabis oil. Again, California’s vape pens will not be fully “clean” for at least another year, and black market vape pens will never, ever be lab tested. Even in Oregon, which has the strictest set of pesticide regulations in the nation, a recent investigation showed that unclean products are slipping through the cracks and making it to dispensary shelves. It’s just impossible to test every single individual product before it gets to consumers.

I first published details about the safety issues with hash oil over two years ago, and I still get asked by strangers whether I myself use the stuff. The truth is I do – I have a vape pen in my purse right now. For a while, I tried to be vigilant about finding pesticide-free cannabis oil. Since I personally know a lot of farmers and vape pen manufacturers, this didn’t feel like it was going to be hard. All I had to do was find people that I trusted, who assured me there were no harmful chemicals in their products, and I would be set. Except that then an employee would leave a company I trusted – a company I had endorsed as safe to family and friends – and admit that after their former employer nearly lost tens of thousands of dollars worth of cannabis to mites or some other pest or problem, the supposedly “organic” company had coated rooms or greenhouses full of pot with nasty chemicals. This exact conversation has happened to me multiple times.

So guess what? Your vaping safety is a total crapshoot. You don’t know what’s in the oil you’re vaping, and you don’t know how it’s going to affect your health. But at this point, I’m of the opinion that if vaping works for you, then fuck it. Go ahead and vape. Certainly I am – and considering all that I know about what goes into the pens I see on the shelves at my local dispensary, that’s a little nuts.

Then again, maybe this is all temporary. In a few years, we might have full legalization, input from federal agencies like the FDA and the EPA, and fully functioning regulatory systems that ensure safe vaping for all. Here’s hoping.

See how everyone from Melissa Etheridge to the Marley family is getting in on the THC craze. Watch here.